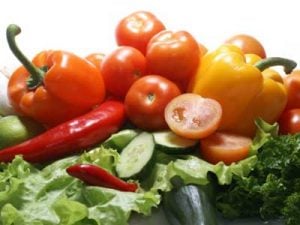 Glad you liked the book recs, and thanks for chiming in with some of your own. Thanks to Shelby in particular for mentioning Sarah Kramer: La Dolce Vegan is one of my all time favorite vegan cookbooks!

Over the course of the last few weeks, a number of my readers have contacted me to ask what I think about an apparent trend within the raw world of raw vegans becoming high-raw omnivores or vegetarians. To be honest, I don’t know precisely what comprises this “trend;” maybe I haven’t paid enough attention. But last year at around this time, a number of raw vegans did begin to write about eating animal foods again. Instead of addressing this anew, I’m going to direct you to a blog post I wrote in January about the anti-vegan trend within raw foodism, and what my thoughts were. A year later, I feel comfortable saying that these thoughts stand.

On the whole, I think it’s unwise and unfair to extrapolate too much from people’s individual stories of dietary success (or lack of success). Human bodies are different, and no single story of what worked or didn’t is indicative of what might work or not work for another person. But I do think it’s fair to look at common facts and offer observations based on the patterns we see. The men and women who spoke out against raw veganism were nearly 100% raw; it’s hard to know whether that was the problem, or veganism was. For my readers who are curious about the adequacy of raw veganism, I’d simply say that a high raw veganism is workable for a lot of people. But if it fails to work, it’s worth playing with different nuances of veganism before you decide that it’s veganism, rather than raw foodism, that’s at fault.

Alright! That’s it for today, as I’ve got work to return to. I’ll see you all back here tomorrow with a raw soup recipe I’m excited about!