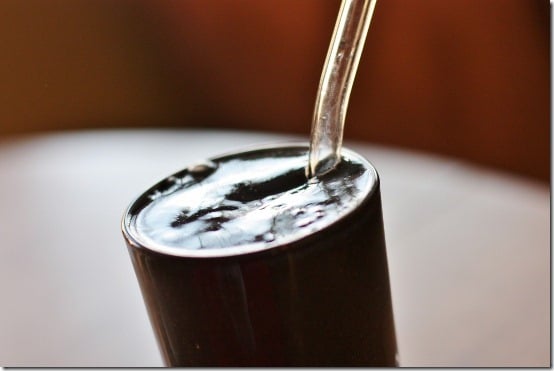 What’s a food you’ve always meant to try, but never have? The list isn’t long for me: I’ve eaten every vegetable under the sun, loved almost all of them, and there’s nary a dish I haven’t veganized to perfection (or at least to edibility). So what remains? Not much, or so you’d think.

But you’d be wrong. You see, the thing about raw foods is that they open you up to ingredients and dishes that you never knew existed, let alone functioned as the centerpieces of a whole foodie movement. But they’re out there: maca. Goji berries. Golden mulberries. Yacon. Lucuma. Irish moss. Chia. Dulse. Acai. I mean, even wheatgrass is exotic territory for most people. When you start to explore raw foods, you find yourself mesmerized by these exotic and unusual foods, and the health properties they promise.

To be honest with you, I’ve always thought that superfoods = super expensive, and not much else. But I’m also a victim of tremendous curiosity about each and every one of them, and in the course of my raw food adventures I’ve checked many off of my superfoods bucket list. Lucuma? Check (love the sweet, mellow, vanilla taste). Yacon syrup? Check (reminiscent of caramel, at least to me). Maca? Check (ick! tastes like feet, as my friend Kristen would say). Acai? Check (I think it’s the equivalent of an overpriced blueberry). Chia? Check, check, and check out my recipes.

One superfood I’ve always wanted to try is spirulina, mostly because of its beautiful, blue-black-green color. I’ve seen it in smoothies, and I’ll admit, it’s a mesmerizing shade. It’s also known to be incredibly nutrient rich. Some fun facts, collected from the interwebs:

Of course, one always has to be discerning and do a fair bit of research before declaring any food “super.” And the ultimate measure of how super a food is for one’s body is really how good one feels after eating it, and over an extended period of time. But food isn’t just about utility, is it? It’s also about taste and texture and the experience of cooking. And part of my fascination with spirulina has always been about its incredible color, which I’m dying to see in snacks and smoothies and puddings. So you can imagine how excited I was when my good friend Courtney—who is compiling a spirulina recipe book—offered to send me a sample if I’d contribute a recipe. A few weeks ago, I got this cute little bottle from Healthfrce Nutritionals: 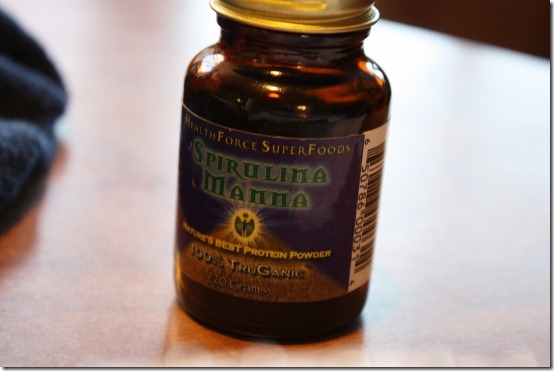 I have big plans for this little bottle, I do. But I wanted my first foray into the world of blue-green algae to be a very simple one, so I whipped up a smoothie. I call it my deep blue sea smoothie, not only because of the spirulina, but because of the wonderful blue-black color that comes from mixing blueberries and algae! 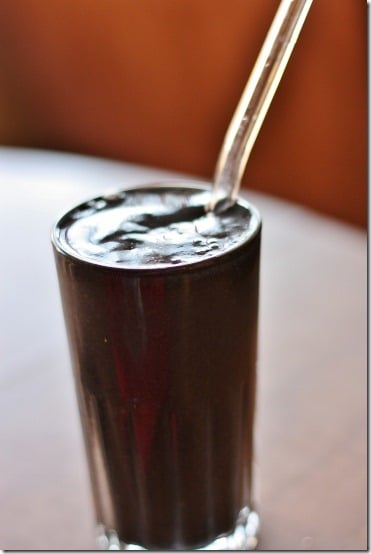 Blend all ingredients in a good blender till smooth. Serve!

As you can see, the color is very arresting—almost black!: 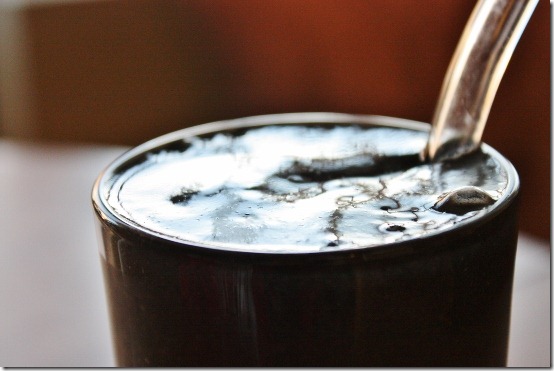 As I took my first sip, I didn’t know what to expect. Naturally, the smoothie tasted like any other blueberry smoothie, but the whole experience of trying something new was a lot of fun. Now I’m scheming about other spirulina recipes I might come up with—any requests or challenges for me?

At the beginning of this post, I mentioned my bucket list of unfamiliar ingredients. Since we’re on the topic of bucket lists, did everyone see this month’s VegNews, and it’s amazing vegan bucket list? I plan on doing every one of those 99 things—although I’m not sure how interested I am in a vegan bear claw.

With that, friends, I wish you a quiet and cozy night.