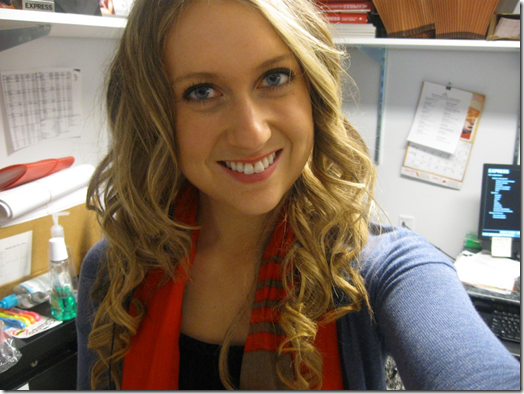 I’m here today with a new, deeply moving Green Recovery entry from Heather, who writes the fun and sassy blog For the Love of Kale. Heather has been a huge CR supporter for a long time now, through her tweets, her comments, and her general enthusiasm for plant based living. Most recently, she’s given me tons of comforting feedback about the travails of being a student again. Heather, you rock.

I hope you’ll all be moved by Heather’s story of descent into disordered habits, and her gradual, triumphant journey out of it through self love, positive affirmations, and kale.

It began with one little sentence that would forever change my life. I was 15-years-old and sitting in gym class one day, when one of my classmates came over to me. We were acquaintances and talked from time to time about things like what the most popular girls were wearing or next Friday night’s football game. One particular conversation, however, took an entirely different spin.

This classmate sat down next to me and told me that I was getting “a little chubby.” Me? Chubby? I sat in shock and thought for a minute, questioning the words that had sunk into me like daggers. I was far from having to monitor my weight and was involved in sports. Overall, I considered myself to be a happy and healthy teenager. Still, that conversation ignited a fire inside of me. I decided to take a second glance at my eating habits. Now, I was the girl who would gladly wolf down two double cheeseburger meals at McDonald’s without an ounce of regret. I was also the girl who would visit the school store during lunch for every day and purchase a package of Sour Patch Kids.

While my lifestyle choices were far from healthy, I had always been at a below-average weight for my height. For this reason, I figured I could eat whatever I wanted. But that comment resonated with me. I decided to take action. A new mantra became my mission: I was not good enough until I was thin enough. As we know, in the eating disorder realm, there is no such thing as thin enough.

Now, it might sound like a healthy choice to cut sour patch kids out of one’s diet. But my motives were not good. I wanted to be accepted and thought losing weight would get me there – out of the inner turmoil that comes along with being a young, adolescent high schooler. I wanted to be accepted by others because I didn’t accept myself first. I needed others’ affirmation.

After the Sour Patch Kids omission, I rapidly worked myself into a downward spiral and found myself face-to-face with an eating disorder. “How did I reach this point?” I thought to myself. To be frank, I didn’t care how I reached that point. All I cared about was reaching that unattainable ideal.

Three years later, at the age of 18, I was in my first year of college. I had gone up and down with my eating disorder but had finally managed to reach a place of stability. But the minute I stepped foot on campus, all of those high school feelings of gaining other people’s acceptance rushed back to me. I clung to my eating disorder until I decided to visit a doctor on campus. She told me that if I didn’t gain weight, I would be kicked out of school. A lump formed n my throat and my heart sunk. Something clicked inside of me that day.  I was so out of control and so ill, that I was at risk of not being able to function as a normal college student. What was I doing to myself?

I knew that I needed to become a better “me” but I didn’t want to do it with Ensure or Boost.  I wanted to do it with real food. So, I decided to embark on fueling my body in the best way possible. That is when operation vegan kicked in. I started eating nutrient-dense meals, filled with new-to-me foods like chia seeds and quinoa. Instead of viewing food as my enemy, I viewed it as my friend, keeping me free from diseases allowing me to thrive! I was happy. This was a new feeling  to me; once I had felt distanced from for so long.

Through my eating disorder, I found my passion. I switched my major from journalism to nutrition, became a certified Mind Body Barre instructor, and will be graduating with a BS in nutrition this spring. I couldn’t be happier…and in a twisted way, I owe it all to my eating disorder. I am so excited for my future as a nutritionist and hope to inspire other men and women to realize their full potential  and overcome their food demons with the help of plant-based living. 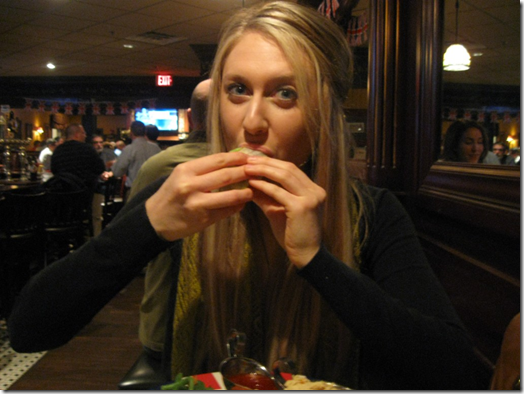 Seven years later, my eating disorder no longer dominates my life. I can say the word “healthy” without equating it with the word “fat.” I still struggle with my “eating disorder voice,”  the voice that never ceases to tell me how worthless and ugly I am. But I choose not to listen. Instead, I lend an ear to prayer, positive affirmations and self-love. Because I am strong. I am intelligent. I am beautiful. And so are you!

So many things stand out about Heather’s story. Two I’d like to focus on: first, this narrative reminds me of how easy it is for one childhood comment or judgment to deeply injure a person’s sense of value. I had a very big appetite as a child (shocker), and I distinctly remember being teased by various members about it: Gena, the bottomless pit, Gena, the trashcan. It took me about twenty years to reverse the damage that these remarks had created.

I’m a person with a large appetite for many things: food, love, experience. My appetite reflects my overall hunger for fulfillment, or so I like to think. This, anyway, is how I’ve managed to turn what was once a source of shame into a source of pride. I think that Heather has managed to do the exact same things: the food that was once weighted with guilt is now a source of pleasure for her; the body she once tried to diminish is now nurtured and treated with respect. But her story certainly demonstrates that words can have a lasting impact, and it offers us a cautionary reminder to set positive and supportive examples for the young people in our lives by never engaging in “fat talk,” or offering up unwanted body commentary.

The second thing I wanted to point out was Heather’s statement, “I can say the word “healthy” without equating it with the word “fat.” Oh, how that resonates. I’m sure that all people who have experienced healthy weight gain post-ED and been told they look “healthy” again can relate to the strange mix of emotions that surround that word. Health is the goal, of course, but part of recovery is mourning the illness one had become so enmeshed with. It took me years—years—not to cringe when people remarked upon my looking “healthy.” Thank goodness I’ve managed to embrace health—and everything that comes with it—so heartily now.

And now, I’m ready for your responses. What stood out to you from Heather’s story?