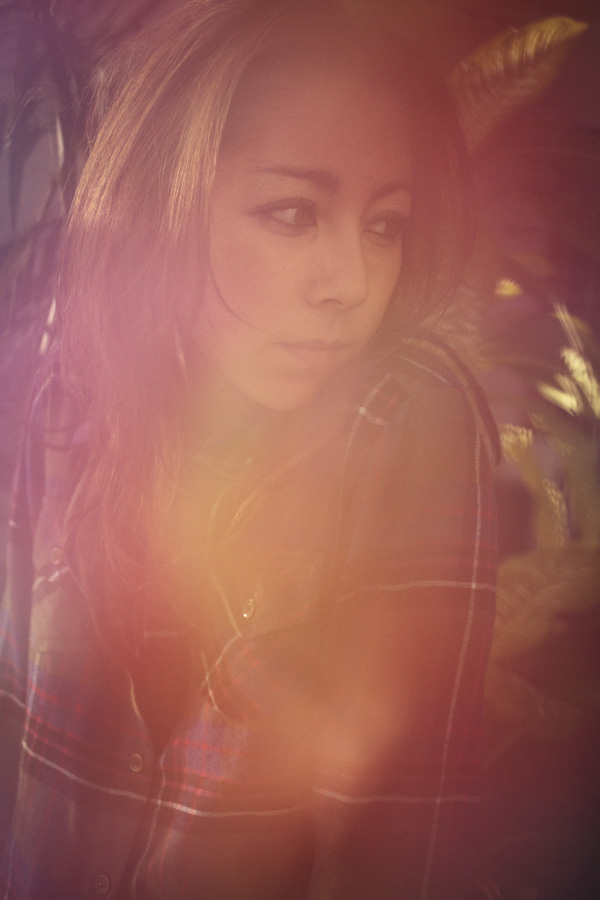 Hi folks! Another wonderful set of commentary on my last post. Today, I’m posting my last NEDA week post for 2013, so those of you who have been anxiously awaiting the return of recipes and business as usual may breathe a sigh of relief

Meanwhile, those of you who have been relishing the freedom and space in which to talk openly about disordered eating will—I hope—enjoy this next Green Recovery story, which features a CR reader (and fellow blogger) named Rachel. Rachel’s story, like Rose’s earlier this week, touches both on restriction and on binge eating, and I hope that it’ll resonate with you. I was interested to read the testimony of someone who has worked in the media industry, as I know that culture can create ripples of unease in one’s body image. Please welcome Rachel to CR!

I have always been slender and had a healthy relationship with food until I went to college and was surrounded by 4am pizza parties, all you can eat meals in the cafeteria, unlimited frozen yogurt, etc.

The college I went to was small & full of wealthy beautiful people; the pressure to be thin and pretty was immense. I lacked will power around these unlimited foods and soon developed bulimia in order to keep my weight down. Ultimately I transferred out of this school, but still alternated binge eating and purging in secret.

Upon graduation I began working for a production studio, eventually becoming a producer for television commercials (which is what I currently do). The unique aspect of the production industry is that unlimited food is built into every day of work. On set, every crew member is unique and key to the shoot; therefore all meals must be provided as no one can leave.

A example of a normal day would include five mealtimes. There were rich breakfasts, fried snacks, constant access to baked goods and pastries, and all-American, all-you-can-eat dinners followed by spreads of dessert. As someone who already had a history of binge eating and purging, this was the perfect storm. The irony is that I really love food and cooking, especially wholesome cooking…vegetables, ethnic cuisines, salads, etc.

I fell into a habit of secretly binging and purging on my own, up to 5 times a day at its worst. This was something that only affected me at work and went on for almost 7 years. Outside of work I’d cook or eat out with my friends and family and had no problem eating normal portions. I eventually began dating the man I currently am with and we cooked together several times a week, bonding over our love of cuisines.

As a producer, your job is to be in complete control; a successful shoot meant I had anticipated a backup plan for anything, and I was and tend towards being in control of most situations. What I could not understand was how I couldn’t control my eating. Every morning I would stand in the shower and plan out the day so that I wouldn’t binge, only to see it slip out of my control. At that point I’d overeat so that I could purge it which brought the release of anxiety and brought back control. I couldn’t tell anyone because I was terrified of disappointing them.

Last February after watching Food Inc, I was sincerely affected by the conditions of factory farmed animals, especially given I have a labradoodle, Sophie that I love more than just about anything. I saw my Soph in the eyes of those animals and decided I needed to make conscious choices about where my food came from. What began as eating only humanely treated meat eventually became no meat, then no seafood. It was a gradual process that worked for me and I haven’t missed it since. 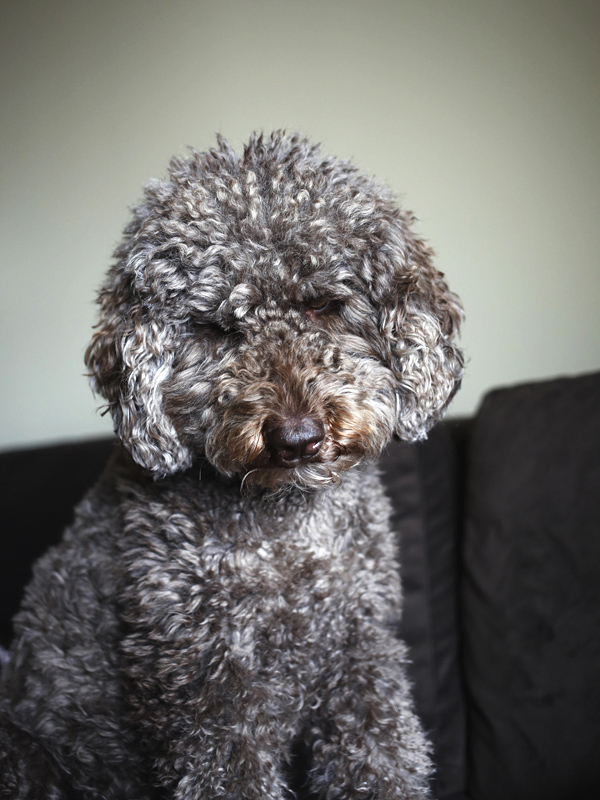 At work though I continued to binge and purge on all of the processed snacks, vegetarian meals and junk out on set. I couldn’t even bring myself to google the word bulimia because I was terrified of what side effects this type of ED meant for my body.

My ED began to affect everything, especially my relationship with my boyfriend, who had no idea. Last december I had planned to take him to a birthday dinner and had anxiety about it because I had had a bad day of eating and was feeling heavy. I forced myself to eat and picked a huge fight, leaving him totally confused as to what had even happened. I realized that I couldn’t fight this alone, and I was going to destroy my relationship if it went on any longer.

I had wanted to tell him for so long and while it was the most difficult thing I’ve done, it was also the best feeling I have ever had. Finally sharing my secret and struggles with him immediately made me feel better, that I wasn’t alone in the world with this. He was unbelievably supportive and never judged me and we worked through ways of support to get me to a better place.

The next day was the first day I didn’t binge and purge at work in almost 7 years, and it continued the rest of that week, with me updating him hourly on how I was doing and feeling. I was off of work for 2 weeks, and while on a ski trip with my family, I told them as well. Lots of healing happened during that time, and I started the new year off in a place of support and love. He, and my family have also encouraged me to seek therapy to help with understanding the ED.

I’ve always enjoyed cooking, and would be frustrated that I couldn’t enjoy the foods I really wanted to eat each day because I would succumb to temptation at work. Last December while off I cooked all of my meals, and began to cook vegan. I’ve always been an almond milk girl & rarely ate eggs, so this wasn’t a huge stretch, but I do love cheeses. I had several go-to recipes (from Gena’s wonderful site) that I usually added cheese to, and began exploring what it was they tasted like without it. The thing I realized about cooking vegan is it brings all of the focus to the grains or legumes, the veggies and the seasoning. I love heat (jalapenos, hot peppers, cayenne), garlic, onions, etc and it’s been such a rewarding challenge tweaking recipes. I view this transformation from vegetarian to vegan as a gradual process similar to when my diet became only plant-based…I take it each day at a time. My body is healing, my hair and nails are stronger, and my energy level and moods are more constant.

Since coming to terms with my ED, I’ve realized how much I enjoy hosting & cooking for others; we frequently have people over and for a party last week I cooked 5 vegan dishes (for a lot of carnivores) and had minimal leftovers. The reactions to the food was exciting, as I think veganism has a bad wrap for being bland or consisting solely of tofu and soy products and it is so much more than that. I cook several dishes in advance on Sunday for the week, as well as some sort of hummus or dip. Instead of hitting the craft service table, I now have options that I feel good about, that are nourishing for my body and most importantly, are delicious. I no longer have the guilt I did when eating, because i know that what I’m putting into my body is exactly what it needs and craves.

I have been amazed reading Gena’s blog & the recovery stories found on here. I related to so many, and had no idea that communities like this existed; I am so grateful to her and all of her readers for writing honestly and putting it out there. It’s so difficult when you feel alone and in the dark, knowing I’m not the only person who struggles with food has made this journey a little easier.

My boyfriend is a photographer and we have a collaborative blog that incorporates fashion and food, and it’s been really rewarding putting those recipes out there. You can find my blog here.

Thanks again Gena for all that you do!!

A few things stood out to me in this post. First, Rachel’s poignant confession: “As a producer, your job is to be in complete control…What I could not understand was how I couldn’t control my eating. Every morning I would stand in the shower and plan out the day so that I wouldn’t binge, only to see it slip out of my control.”

The quest for “control”—such an illusory and harmful concept in the realm of food and body—is common to literally all of the Green Recovery stories on this blog. I can only imagine how Rachel’s profession compounded that struggle. Her story really speaks to the fact that strict, programmed approaches to eating often result in disappointment, hunger (physical and spiritual), and self-loathing.

I also really appreciate Rachel’s description of opening up to her partner. Though everyone in my life knew that I struggled with food, it took me literally a decade of disordered behavior to finally so much as talk about my ED with someone in my personal life. I advocate therapy and professional help strongly to anyone who has a troubled relationship with food, but I also really encourage you to open up to someone close to you, be it a parent, friend, or lover. Once you get over the fear of exposing yourself—which is a potent fear, I know—I suspect that you will be so glad you did. Loved ones can provide a crucial support network, and I also think it’s important to see firsthand that no one will love you less because you struggle with food. Indeed, I believe that many of my friends felt closer and more open with me once I had been open with them.

Finally, I love that compassion and consciousness about animals has played such a pivotal role in Rachel’s healing! So many women who have contributed to this series have mentioned that a beloved companion animal prompted them to think differently about the way we treat animals, and to seek out a compassionate lifestyle. I’m so happy that Sophie helped to inspire Rachel toward more animal-friendly choices.

Thanks, Rachel, for sharing, and as usual, I’m sure that Rachel would appreciate your feedback. Thanks also for your engagement and commentary throughout this week of epic, rambling posts and deep thoughts. Happy weekend!