As promised, I’m welcoming a super special guest to CR today. Matt, better known as the No Meat Athlete, is one of the most impressive bloggers I know. Not only does he write a professional, informative, and passionate blog, but he’s also a full time grad student in applied math, a husband, a father, and a ultramarathoner. In the last year, Matt worked on his blog, published an e-book, worked on his Ph. D., became a father, and qualified for Boston.

And I thought I was good at multitasking.

If you’re tempted to think Matt’s a superhero, I don’t blame you. But if you were to ask him, he’d simply say that he fuels his life, his running, and his passions with the power of plants. Few athletes are more passionate or informed about the remarkable benefits of a plant-based diet. He and I don’t always agree: for example, there was the great juice fast debate of 2010 ( in which I took the vehemently anti-fast side and Matt took the hesitantly pro). And there’s our caffeine war, which we’ll fight till the bitter end (Matt takes Brendan‘s example to heart, and minimizes coffee while he can; I indulge, and then some). But for the most part, we’re in sync about our dietary values.

I’m such a fan of Matt’s work that, when he asked me to be a part of his new e-book,Marathon Roadmap, I said yes instantly. It’s a user-friendly and informative guide to running one’s first marathon. I’m so proud to have written an entry for Matt on the raw food diet. If you like what you read below, check out Matt’s site for more details! 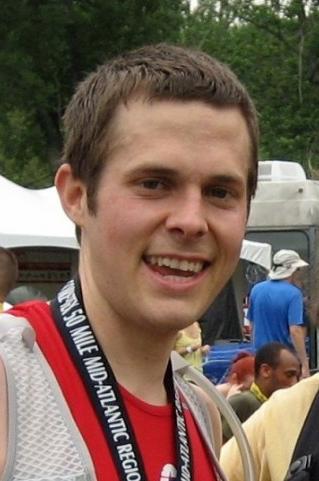 Not so long ago, if you told someone you were a vegan athlete, they’d look at you like you had just said you put Yoo-Hoo in your car’s gas tank.

A plant-based diet was an unfortunate affliction for an athlete be dealt — a handicap that would prevent her from ever reaching her true potential. But that’s all becoming a thing of the past.

The ‘vegan weakling’ image is dead

Today, vegetarians and vegans are doing all the things we “shouldn’t” be able to do.

There’s a vegetarian running across the United States. There are vegan triathletes winning Ironman triathlon competitions — that’s a 2.4-mile swim, a 112-mile bike, and a marathon — and placing highly in the Ultraman, a multiday event that’s roughly double the already-insane distance of an Ironman. Even the 24-hour American distance record for running (165 miles!) is now held by Scott Jurek, a vegan and one of the greatest ultramarathoners of all time. And of course, there’s Brendan Brazier, the former pro-triathlete and ambassador of vegan sports nutrition to the mainstream world through his book Thrive.

And it’s not just endurance sports. There are bodybuilders, mixed martial artists, baseball players, and Olympic-medalist snowboarders who do it all on a plant-based diet.

You name it; chances are, there’s a vegan or vegetarian kicking ass at it. So what is it about a plant-based diet that allows these folks to excel in sports, when so much emphasis in the past has been on getting enough protein, which “everyone knows” you need meat to get?

I’ve had the privilege of talking to several of these incredible athletes about their diets and their reasons for choosing to fuel with plants. While they all have different approaches to nutrition, I’ve found that they cite one particular reason, time and time again.

The advantage of a vegan diet is in speed of recovery from workouts. Recovering faster means you can workout again sooner, with a lower risk of injury or exhaustion from overtraining.

Without fail, the athletes I’ve talked to have told me that plant foods, especially raw, allow them to recover more quickly from workouts and become more resistant to injury than they can from an equivalent caloric intake of animal products.

It’s easy to see from these world-class examples that a vegan or vegetarian diet doesn’t have to be an obstacle in training for sports. And that’s an understatement: The athletes I’ve mentioned are making a strong case that it might actually be an advantage.

3 guidelines for getting what you need

So what if you’re looking to train for a marathon, a triathlon, or just step up the intensity and make the most of your time in the gym? Does this mean you won’t need to make any changes to your already-healthy vegan diet?

Not quite. While there’s no reason to add animal products, there are still several nutrition aspects you’ll want to focus on. Follow the three guidelines below to make sure you’re getting the fuel you need.

As a vegan, you probably consume less overall than someone who eats meat, eggs, or dairy. These foods are dense in calories, so your diet is likely lower in total calories than average. Great if you’re looking to lose weight, not so good if you’re putting in 50 miles a week during marathon training.

Make sure you’re getting enough. Pay special attention to what you eat before, during, and after your workouts, as your intake during these periods — especially in the half-hour window after you finish a workout — is crucial for recovery. Throughout the rest of the day, recognize that you simply must take in more calories while you’re training intensely than when you’re more sedentary.

Shoot for half a gram of protein per pound of body weight each day.

Yes, I know you’re sick of being questioned about where you get your protein. So am I. But when you’re putting your body through intense training and expecting it to rebuild lots of muscle tissue, protein is not something you want to ignore.

There are endurance athletes, like the Fruitarian, who thrive on diets made up of very little protein. If that appeals to you, it’s certainly worth researching. But I find that I have the most energy if I get a bit more than 10% of my total calories from protein—I try to get 0.5 grams per pound of body weight daily, and that’s in line with what most of the athletes I’ve talked to suggest.

Some great vegan protein sources are beans and legumes, nuts, hemp protein powder, tofu and tempeh, and even some grains. Don’t forget green vegetables, either—spinach, broccoli, and others have lots of protein by weight.

But don’t go crazy with protein. Carbohydrates and healthy fats are absolutely essential to endurance training as well. People are making all different balances of these macronutrients work, but nobody’s ignoring any of them completely.

This shouldn’t be too tough a sell to Choosing Raw readers! There are only a handful of all-raw athletes that I know of, but most vegan athletes suggest incorporating raw foods to a large extent.

As I’m sure you know, it’s very possible to eat vegan and eat junky. Eating raw and eating junky, though, are almost mutually exclusive.

Raw fruits are easy and should be a big part of your workout-day diet, since they also provide lots of easy-digesting carbohydrates you can use for immediate energy. Salads and raw vegetable sides and snacks are also fairly convenient. And don’t forget raw nuts and sprouted beans and seeds — they’re almost always more nutritious than their cooked counterparts.

Ask yourself: What’s your incredible thing?

Maybe we can’t all be superathletes. But each of us has the power to do something. Something that, by our standards, is amazing, astounding, phenomenal, and that serves as an example of the power of a plant-based diet for others to see.

In just a few months, I’ll be running the Boston Marathon for the first time. For me, it’ll be a celebration, the reward for seven years of working harder than I ever have at anything else in my life. And even with all that work, I don’t think I’d be there if I hadn’t discovered how much better my body runs on a vegetarian diet.

Going vegetarian is what it took for me to qualify for Boston. Prior to that, I was a frustrated runner, doubting that I’d ever be able to shave the final ten minutes off of my marathon time that would get me to down to three hours and ten minutes (7:15 per mile for 26.2 miles), the time that was necessary to get in.

And yet six months after I phased out the meat, that’s exactly what I did. Qualifying for Boston is incredible thing a plant-based diet allowed me to do. And now it’s on to the next.

Matt Frazier is a vegetarian marathoner and ultrarunner, currently training for his first 100-mile ultramarathon. Matt writes the blog No Meat Athlete, where his latest project, Marathon Roadmap, is helping first-time marathoners train and fuel for the distance on a plant-based diet.