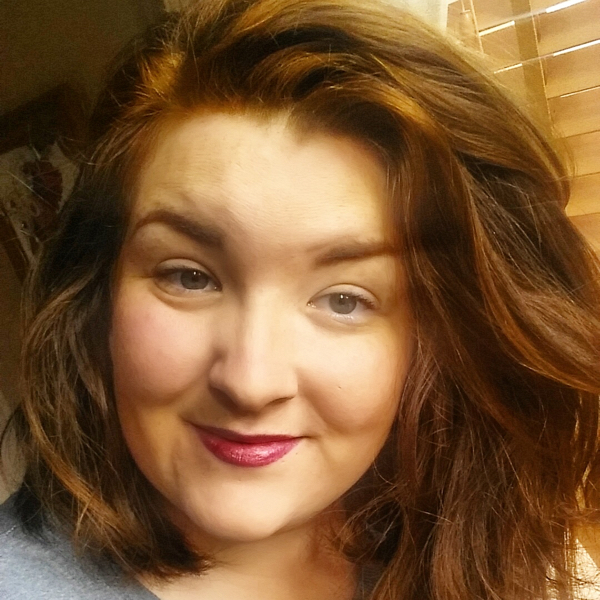 Happy Tuesday, folks! I hope that your weeks are off to a lovely start.

The courageous and inspiring woman you see above is Debs, a CR reader who wrote to me asking if I might be interested in publishing her Green Recovery story. That was a few months ago; as we were exchanging emails early this summer about a publication date for her finished post, she told me that she’d just celebrated her six month vegan-iversary.

It’s rare, I think–even within the context of Green Recovery–for veganism to have as immediately powerful an impact as it has had on Debs’ life. But the lifestyle seems to have given her tremendous peace, as well as a sense of connection to something outside of herself, something big and important and worthwhile. I’m so glad that she’s found some freedom from the obsessive cycles that seemed to dominate her thinking until only recently, and I’m honored to be sharing her story today.

My story starts at childhood.  I was always chubby but my relationship with food took a sinister turn at aged 10 when my dad and I moved into his partners home.  She had 2 daughters, both of whom were very slim yet her fridge and cupboard were stocked full of chocolate bars.  I remember the feeling of awe when I’d peer inside at all the goodies, things we never had at home before so it wasn’t long before I started getting up during the night to steal food.  I’d sneak it back to bed and scoff 2 or 3 bars then stuff the wrappers down the side of the bed.  Inevitably this didn’t go unnoticed and I remember the feeling of shame when I returned from school one day to be confronted with the evidence; crumpled up and layed on the table.

I got creative though.   I’d steal a pound here or there and visit the bakers on the way to school and buy a family sized cake to eat on the bus journey, hiding it in my bad so the other passengers wouldn’t see.  If I couldn’t find money to steal I’d spend my bus money instead and walk to school and back.  I was often grounded for my actions which in turn made me feel worse about myself so the cycle continued.

This carried on untill I left home aged 15, I was free and I could eat what I wanted.  The secret eating stopped but I was still consuming huge amounts of food, just without the fear of getting caught. It was around this time I joined my first Weight Watchers class.  I weighed 210lbs and I remember the leader assuring me I’d never be this heavy again.  I worked hard and lost around 30lbs but my food addiction grew.  I was obsessed with calorie counting and every waking thought was about food.  What was having for breakfast? How long till I could have my next meal? What foods had the lowest calories so I could “save them up” for evening incase I needed them.

The next 10 years saw my weight yo yo but always getting heavier.   I tried diet pills from the GP, joined lots of gyms, tried atkins but everything was short lived.  At age 25 I made my mind up to go back to Weight Watchers.   I’d always maintained it had made my addiction worse but I needed something structured to get myself under control.   I weighed 280lbs when I joined but I threw myself into it wholeheartedly and lost 100lbs.  I should have been a shining example of health, but I was miserable.  I was more obsessed than ever.  I weighed my food meticulously,  sometimes 3 or 4 times.  I wrote down every morsel that passed my lips.  I weighed myself upwards of 20 times a day and my mood became inextricably linked to the display on those scales.  If I was lighter than the last time I’d weighed then I’d feel elated but if I was even a few grams heavier I’d binge eat to console myself.  I started a cycle of binging and starving and even my new found love of running became a tool to control my weight.  The scariest part was when I found myself going on 10 mile runs without water and deliberately not re hydrating till after I’d been weighed in the hope of losing a pound or two.   I even donated blood once in an attempt to lose some weight!

During this time I was searching desperately for something to cure me.  I attended a stress management class prescribed by my GP, I found a charity who help people suffering with ED’s and went to support groups.  I tried CBT and EFT therapy.   I found a hypnotherapist who works specifically with ED sufferers and as a last ditch attempt I asked my GP for antidepressants.  None of these things worked independently but in hindsight I was on my own journey to recovery and they were all parts of the puzzle.

Around a year ago when I was at my lowest I stumbled across the Forks Over Knives documentary and began researching the benefits of a plant based diet.  It felt “right” but it also felt unattainable for someone who wanted to get away from obsessing over food.  I spent the last year looking into veganism,  the ethical and environmental side as well as the health benefits and watched films such as Food, Inc., Earthlings, Fat, Sick, and Nearly Dead and read The China Study cover to cover.  In January this year I decided that I HAD to make the change permenant. The evidence was overwhelming and I felt that in order to be kinder to myself then I had to start with being kinder to the planet.

The result has been overwhelming.  It’s only been 20 short days but those days have left me feeling happier than I’ve felt in a long time, dare I say ever?  I’m excited about food in a way that has no guilt attached!  After reading other recovery stories on your blog I realised how involved I was in my own head.  I used to feel guilty about having a problem that we in the west have created out of greed.  Now I’m thinking of something bigger then me, there’s no self pity or loathing, it all just dissolved away when I made the choice to think of the bigger picture.

My only downside at the moment is that while I feel incredibly passionate about the changes I’ve made, I know people will see it as a fad, another way to drop some pounds.  I hope that in time my health and conviction will shine through and I’ll be able to be an advocate for a plant based lifestyle.

I asked Debs if she might be willing to share a short bio, so that we can all get to know her better. She said, “I’m 31 and live in Glasgow with my partner and 2 cats.  I work with deafblind people and love to spend my time with friends and family, cycling, watching movies and cooking.”

Things that stood out to me about Debs’ story: first, the extent to which guilt and shame played a role in her eating disorder. Secrecy is so deeply tied to the suffering that EDs create, and speaking out–opening up to family, friends, and/or healthcare providers, writing, narrating, owning one’s story–can be a powerful way to distance yourself from the disease. Denial, turning inward, shutting others out–these feel like an easier and more immediate way to create such distance. But, in my experience anyway, they only keep the habits alive.

I also appreciate her reference to “parts of the puzzle.” There’s rarely one singular cure for an ED, and using multiple tools–therapy, different treatment methods, different levels of sharing and asking for support–is often the strongest course of action.

Finally, I appreciate Debs’ admission that she worries how her veganism will be perceived by those around her. Will it be regarded as a fad or a diet or a quick fix? I hope that time and patience, not to mention further strides into continued recovery, will give her more and more confidence. My experience has been that, the more peaceful one’s relationship with food becomes, the more friends and family and outside observers are able to accept and support one’s dietary choices (whatever they may be!). So, I wish Debs a meaningful, connected, and joyous relationship with food–today and always–and all that comes along with it.

Thanks for sharing, Debs. As always, readers, your support and comments are welcome!