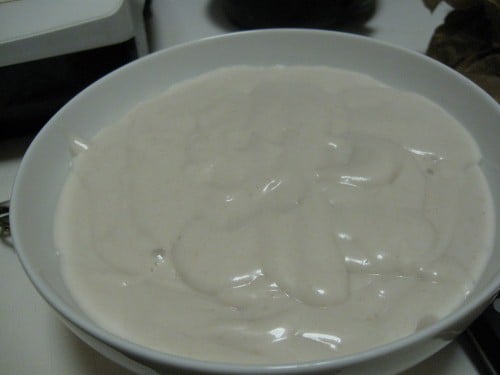 Thanks, first off, for your amaaazing response to my last post. I’m happy that so many of you were able to affirm your love of food. Thank you!!!

As you can imagine, I’m frequently asked if there are any non-vegan foods that I miss. For the most part, I’m hard pressed to think of responses. I’m too happy with what I eat now to think about the (significantly less health-promoting and awesome) things I used to eat, but don’t anymore. One notable exception? Greek yogurt. This was the last non-vegan food I stopped eating, and it’s pretty much the only one that I still fondly reminisce about. No matter how much I love the stuff, though, it does not love my IBS-prone little belly. And it certainly doesn’t love the animals who produce it.

My solution, thus far, has been…well, I haven’t had a solution. I’ve tried soy yogurt, but at this point in the game it’s a bit too processed for my liking. Coconut milk yogurt from So Delicious has a slightly prettier ingredient label, but it’s likewise not quite as homemade and wholesome as I like (though I do think it’s awesome for those of you who are transitioning into veganism). Some raw foodists like raw goat’s milk kefir or yogurt, but, that’s not a vegan-friendly option.

So I’d pretty much resigned myself to a yogurt-free existence. Until a few weeks ago, when I was perusing Lori and Michelle’s blog, and saw that the twins–little wizards of culinary creativity and energy that they are–had made coconut yogurt. And, with their typical flair for making the seemingly complex look easy and painless, they’d pulled it off with a simple and stress free recipe: blend coconut meat, water, and probiotic powder (which can be gotten simply by opening up your probiotic capsules at home!). Keep it covered in a warm space overnight, and voila–thick, creamy, tangy yogurt!

It seemed, I admit, too good to be true. But one of my goals this year is to get a little more ambitious and inventive with the kinds of raw foods I prepare (this is going to include making fermented foods and more dehydrator recipes, in addition to my usual easy-peasy stuff), and with such inspiring ladies as the twins to guide me, why wouldn’t I?

With that in mind, I made my first foray into raw yogurt-making last weekend. I began with the meat of six young coconuts, which was about four solid cups, and the water of one coconut. Following the twins’ instructions to the letter, I added one teaspoon probiotic powder (which I got from my normal MegaFoods supplement) and a packet of stevia (in lieu of the lucuma that Lori and Michelle used). I blended it all up in the Vita till supersmooth, like so: 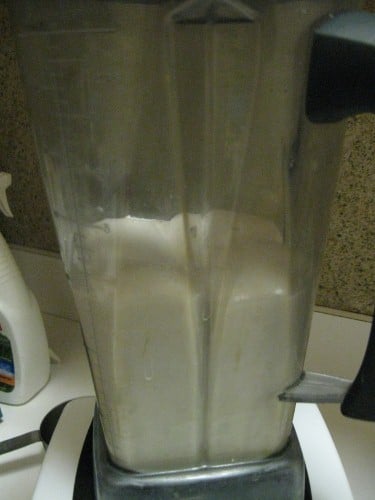 Poured it into a bowl:

And then covered it in a paper towel and left it in front of my radiator for the night. 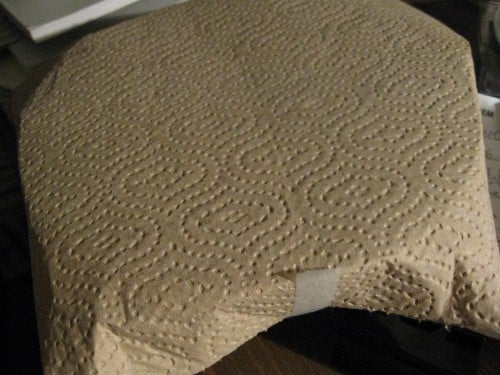 Late the next morning, I uncovered it, to find a perfect bowl of thick, creamy, tangy-sweet yogurt. It’ll have a thin crust on top (crust! ew! gross word, sorry), which is perfectly fine to eat, very soft, and you can scrape off if you really want to: 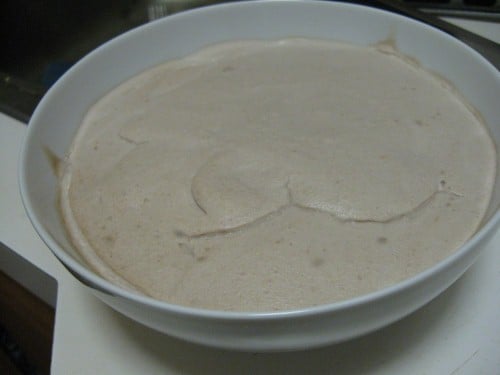 All I can say is WOW. Wow, people. This is shockingly authentic. Not drizzly and drippy the way vegan yogurts tend to be, but thick, rich, and a dead ringer for traditional Greek yogurt. I literally exclaimed “oh my God!” after I tried it. My only apology is that I had my first full serving at the office, snapped a photo there, and left my camera in my desk drawer over the weekend. So I don’t have a photogenic shot of the ‘gurt in a little bowl, but I’m sure you can use your imaginations.

The downside? Well, the recipe is expensive. Young coconuts don’t come cheap, friends, and you’ll need 4-7, depending on how ripe they are, to make this recipe (which serves four) happen. Opening the coconuts will also demand some arm muscle and work, so I’d say that this is a fairly labor intensive process.

On the other hand, my coconuts were $2.50 a pop, and I used six (a few were really young, and didn’t have a lot of flesh). This means that each serving of yogurt was worth about $3.75. Expensive? Yes. Infinitely more expensive than a $2.50 chobani or Fage in an NYC deli? Not really. Worth it, for dairy free, cruelty-free, 100% raw and totally incredible yogurt? I think so.

While I doubt I’ll be making a batch of the stuff every single weekend, I do think it’ll become a fairly regular “special occasion” recipe for me. And the cool thing is that the recipe leaves you with a nice big vat of coconut water, which ought to stay fresh for at least a few days. 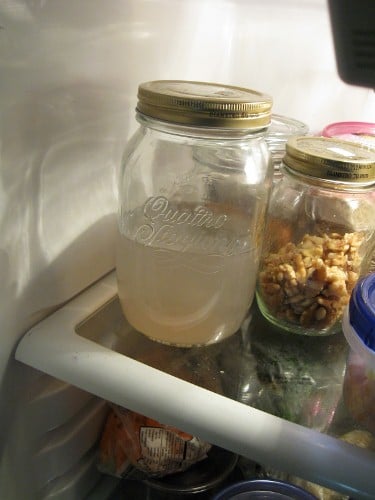