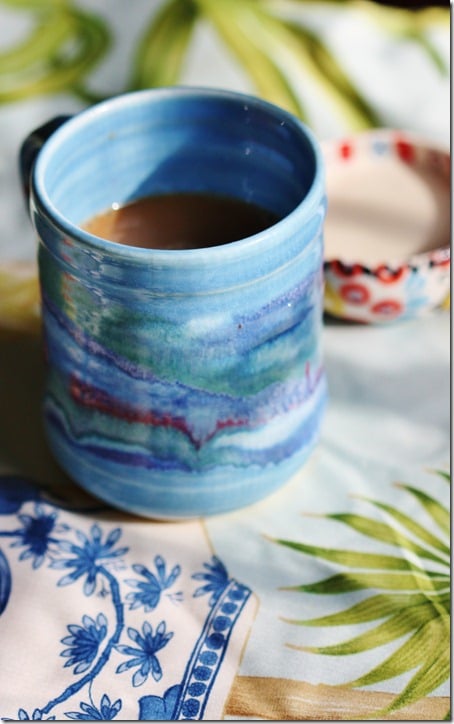 One of the questions I’m most often asked by readers, friends, and strangers, is whether or not I still get cravings for non-vegan food, and if I do, what foods do I miss? The very honest truth is that I really don’t crave any non-vegan food anymore. I may have a fond, passing remembrance of Greek yogurt now and then, but it’s not really a “craving” of the sort that makes me tempted to go out and buy a container of Chobani–the way I sometimes “crave” chocolate, or “crave” cigarettes (yes, I still crave, and actively resist, cigarettes).

There is, however, at least one non-vegan food that I actively missed for many years after I became vegan, and would still miss were it not for a few excellent substitutes: half and half in my coffee. Not half and half solo—that would be a strange thing to covet on its own—but rather a cup of good, strong coffee after you’ve poured a bit of half and half in it, and the color changes from a rich, dark brown to the color of cafe au lait. Divine.

You may be thinking that this is a pretty random thing to miss. Surely, the entire world of omnivorous fare included one thing that I miss more than I do light coffee?

Not really. For one thing, I never much liked meat or poultry or fish, so giving those up was relatively straightforward. And though I liked yogurt and cheese as much as the next gal, my craving for these foods has simply abated over time. My craving for a perfect cup of java, on the other hand? Not so much. Coffee is one of my biggest pleasures, and it makes sense that I’d want it to be perfect every single time.

Thus far, I have yet to find a truly ideal vegan cream substitute for coffee. The most authentic (I think) is Silk creamer: 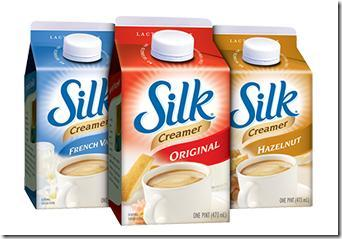 It’s neutral, not overly sweet, very creamy, and the ingredient label isn’t too bad. That said, soymilk and soy creamer don’t always agree with my stomach, and I wish it were organic (however, I should note that Silk chooses non-GMO soybeans: I was impressed to learn this).

Next up? So Delicious coconut milk creamer: 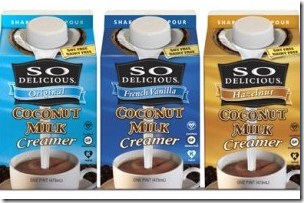 This is my favorite store-bought coffee creamer at the moment. I think it’s slightly more detectable (I can’t say for sure what I detect, but it’s not the same sort of neutral flavor that soy creamer has) than the Silk creamer, but it’s slightly creamier, which I appreciate. That said, I find that it goes bad much more quickly than the soy creamer, and I’ve had to throw it out several times long before it was set to expire. 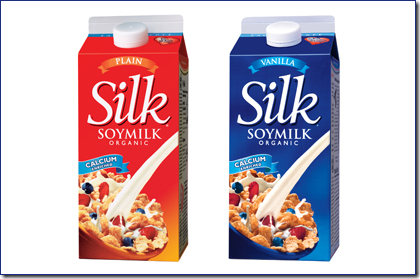 This is the standard vegan option at coffee bars and restaurants. It took me ages to like the taste of soymilk in coffee. Now, many years of soy-infused coffee drinks later, I’m totally used to it. That said, it would never be my first taste choice. 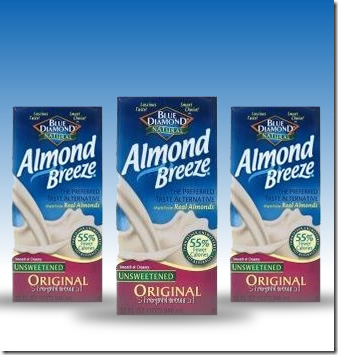 I’m an enormous fan of almond milk, as you all know. But in my experience, the store-bought stuff just doesn’t cut it—too thin. I do use almond milk in coffee sometimes, but it’s not my preference. When I do, I think the Blue Diamond brand is the best for coffee, even though it’s not organic (at least I don’t think it is).

Now, as you all know, I’m huge on making homemade nut milks: I think they’re almost always richer and more indulgent than the store-bought brands, and I like how I can modify the type of nuts I use and the flavors I impart to them. I definitely purchase almond milk on the regular when I’m short on time, but I love crafting it myself when I can. 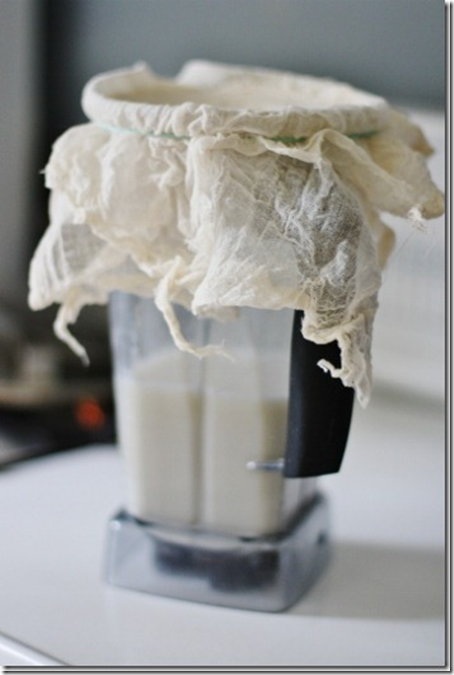 Until recently, however, it literally never occurred to me to use my homemade almond milk as a coffee creamer. I just assumed that the homemade nut milk would separate in piping hot coffee, as it’s not stabilized by preservatives in any way. Last week, however, I was out of store-bought creamer and almond milk, so I figured “why not?” I poured two tablespoons of my homemade almond milk (famous recipe here) in my coffee.

Boy, am I glad I did. It wasn’t quite as creamy as I had hoped, but it was incredibly good, and far better than using Blue Diamond—in fact, if I hadn’t known it was homemade almond milk, I’d have thought it might be a new creamer variety. With this in mind, I resolved to make a batch of almond milk that was slightly thicker than my usual, and I switched up the proportions a bit: 1 cup almonds to 3 cups water, rather than 1 cup almonds to 4 cups water. This time, it was absolutely perfect: not only every bit as good as store-bought varieties, but even—dare I say it?—reminiscent of the “real thing.”

Though a tiny bit of separation seems apparent in the photo below, I can assure you that the almond “creamer” is silky smooth, and blends into coffee perfectly. If anything, it may settle on top a little, but that’s no different from half and half. What is different from half and half is that this creamer is free from cholesterol and unnecessary saturated fat. More importantly, unlike commercial half and half, its production causes no harm to animals. Health and compassion? Win, win. 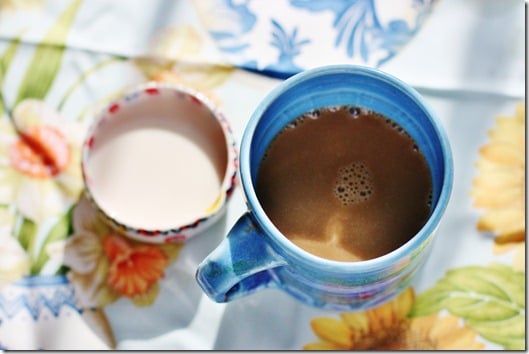 1 cup almonds, soaked 8 hours or overnight
3 cups water
2-4 dates (I like using only 2 for my creamer, so that it’s not too sweet)
Pinch sea salt (to taste)

1) Blend all ingredients together on high till very smooth — about a full minute or minute and a half.

2) Strain almond creamer using cheesecloth, a paint bag, or a nut milk bag. I like to just let it sit for a few hours, then collect the pulp (for use in goodies like these!).

3) Pour creamer into glass or other airtighht container. Will keep 2-3 days in the fridge. Use extra for thickening smoothies or soups! 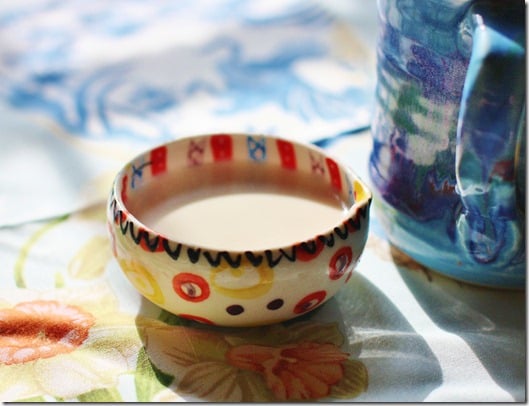 Who knew that here, under my nose all this time, was the vegan creamer of my dreams! Just a slight variation of the almond milk I make all the time. It all goes to show that, with a little creativity, you can make nearly any beloved food from your pre-vegan days into a veganized recipe. So often, your new creation will rival or surpass the original, and it’s nearly always true that your confidence in the health benefits of the replacement will add to your pleasure.

What non-vegan foods do you tend to miss? I’m asking others, for once! And how do you replace them?