It’s Never Too Late for Self-Care: Five Tips for Body Love in the New Year Hope everyone enjoyed a lovely weekend. I was in D.C. for two days for my cousin’s wedding, and am now on my way back to NYC for New Year’s Eve before returning back to D.C. to dive into the post-bacc grind. As I write this, I’m staring out the window of my train and thinking about how quickly New Year’s Eve seems to have arrived; last year’s NYE feels like yesterday. Time flies when you’re taking Orgo.

I’ve been trying to assemble some thoughts on 2012, and it’s not easy. This was a year of nationwide tragedies–Hurricane Sandy, the shooting in Colorado, and now the unspeakable loss in Newtown, CT–and tragedies for people close to me. I suppose that every year is marked by tragedy all over the world, both intimate and communal, so I don’t mean to take a woe is me (or woe is us) tone here. It just so happens that I brushed up against more sadness than usual in 2012. Throughout it all, though, I’ve had good health, the blessing of a good education, great friends, and a basically optimistic outlook. So while I grieve for the sadnesses that my loved ones are putting behind them with this New Year, I’m also very grateful.

In spite of the fact that I’m a big New Year’s grump, I do have a few resolutions brewing, which I’ll write more about from 2013. Today, I wanted to pick up where our conversation about “body love” left off two weeks ago, and talk about regenerating care and respect for one’s body as a possible New Year’s goal. Thousands of men and women make resolutions at this time of year that are related to the body, but they usually take the form of wanting to shed off a few pounds or control the body more strictly: I’ll eat less, I’ll eat cleaner, I’ll get a handle on my cravings, I’ll lose the jiggle. Obviously, I have no such advice for you all. What I do want to offer are some suggestions for how you might start 2013 with the intention of valuing, accepting, and caring for your body. If you’ve always kissed December goodbye with a new diet plan or a set of regrets, this may be the right message for you!

Earlier this year, I ran into an old babysitter of mine–someone who had looked after me when I was eight, nine, and ten. It was fun to catch up, but as we were chatting she said something a little sad. “You’ve grown into such a beautiful woman,” she remarked. “I remember how we were always doing your hair when you were little or playing with makeup because you were always calling yourself ugly. You were always saying that you would never be thin or beautiful.”

The comment totally surprised me. I recall feelings of body loathing from childhood, of course–they stretch back as long as I can remember–but I didn’t realize that my hatred of my appearance was so apparent to the people around me, at least not at that age. Of course, I shouldn’t have been surprised. I remember distinctly being in third grade, sitting in a pottery class at my school. The teacher was cutting a block of clay with a piece of wire, and all I could think about was that I wished I could slice off the parts of my figure that felt too big or too full with a wire, too. It’s an awful sentiment, but I remember more like it. When my eating disorder began in earnest, it was just an extension of feelings that had followed me around for all of my childhood.

Last year, in my biology class, I wrote a research paper about the genetic underpinnings of eating disorders. Still a budding field of research, but genes have been identified as playing a role in the process. That comes as no surprise to me; I’ve always felt that my eating disorder, like many other mental illnesses, was far more the workings of genetics or biochemistry than it was the product of the media or culture. But if we’re to accept a genetic basis for EDs, the question of how to deal with them is in some ways more complex than if we credit them to media or pop culture. If eating disorders, and the body dysmorphia they can provoke, is embedded into one’s very genetic identity–if they are so much a part of who we are that we can’t remember life before them–what are our chances of getting out from under their influence? Is there any hope for a more loving and healthy relationship with the body? And how do we get there?

I, for one, believe that it is never too late to foster a more loving relationship with the body. When I say this, I don’t mean that it’s easy to walk away from all of the tensions. I have a realistic understanding of recovery, and it does not mean that the tendencies that underlie EDs are banished totally and forever. But I think that body appreciation can be regained, even after a long period of struggle, with the right kind of sustained effort, support from loved ones, and (very often) guidance from a mental health professional.

Today, I’d like to share some modest tips on body appreciation that I hope will help all of you in 2013 and beyond. They may not be a solution or cure, but I think they’re a good way to break cycles of negativity, to gain a fresh start, and to at least start the process of looking after yourself with more tenderness.

1) Stop thinking of your body as an antagonist. In a recent post, I mentioned that I like to think about the mind/body interface as a loving relationship. Easier said than done, but not impossible. Pay attention to food cravings, rather than feeling frustration with them. Ask what you’re craving and why, and then find a wholesome way to satisfy the craving, be it for something sweet, salty, or dense. Eat adequately and mindfully, and avoid skipping meals, depriving yourself, or being overly rigid.

2) If you’ve been getting frustrated with your body a lot, do the mental exercise of asking yourself what you’d advise if your body belonged to someone else. What if a friend told you she was tired and thinking about taking a rest day, but was scared she’d feel guilty? Would you tell her to hit the gym anyway? What of she told you she was really hungry and craving some more food, but had cut herself off at a certain portion because she was afraid she’d exceed a caloric goal? Would you applaud that, or gently encourage her to eat to appetite?

So often, we cannot extend to ourselves the kind of logical compassion and care we’d extend to a friend without a second thought. As you start the new year, resolve to treat yourself as compassionately as you treat those around you.

It is tremendously liberating to let go of clothes that aren’t right for our bodies anymore. Donate them to a charity, walk them to a local homeless shelter or church, or sell them on eBay and use what you make to invest in clothes that are right for you the way you are today. For more on this, read JL’s post “January Diet? Nope, I bought bigger clothes” or my post on ditching clothes that don’t fit.

4) Find a kind of movement that serves you. If you despise running but force yourself to do it because you feel like you should, explore brisk walks, yoga, or any host of other forms of movement instead. If Bikram makes you crazy but you’ve been pressured into going by a friend, just explain that you’re in the mood for something new. Exercise and movement are big components of wellness, but slaving away at an activity you dread is hardly an expression of healthy intention.

This year, I wrote about how yoga shifted my relationship with exercise and helped me to get over my ED. Yoga may not be for you, but in 2013, I hope you can find a form of movement that is challenging and makes you strong, but also gives you pleasure. And I hope you’ll know when you need a day off, too. 5) Do something everyday that allows you to acknowledge your body. I usually bristle and get annoyed when I read anything that suggests daily meditation, 10 minutes of zen at the office or the like. All I can think is, “you think I have time for that?!?!” But this year, I will be trying to make time and space for one daily habit, which is to do something that makes me connect with and acknowledge my body. Many women and men with eating disorders report that they’ve felt “disconnected” from their bodies or “numb,” and it makes sense: when you’re trying to destroy your physical self, you shut down the senses. I think that it’s important to turn them back on, and to mindfully inhabit one’s form and shape.

Activities that help me to do this include yoga (of course!), walking in fresh air, massage therapy or other forms of bodywork (a splurge, but great for special occasions), savasana pose at any time of day, and giving myself a belly rub. The later two things can take two minutes or less, and they’re enough to make me stop what I’m doing and fully inhabit my body. I hope they do the same for you.

Nothing groundbreaking in the list above, but it’s amazing how tiny actions can help us to overcome major feelings of anxiety and discomfort. As we begin a new year, my hope is that you’ll all have faith that it is never too late to start taking care of your body, respecting it, and treating it well. There’s no time like the present, and you have only happiness and health to gain.

Happy early New Year’s to everyone! 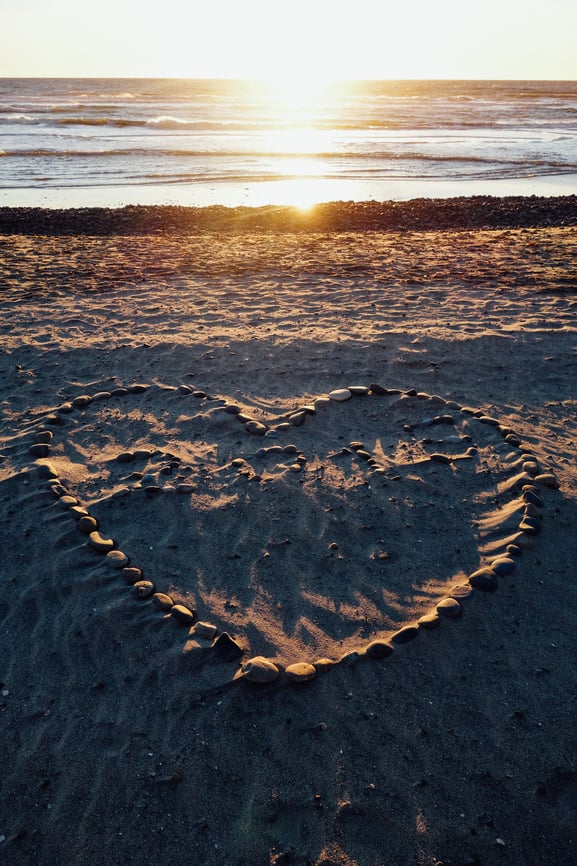