Happy Sunday and happy Memorial Day, everyone! I spent a night of the long weekend in New York, so that I could have a lovely dinner with my soul sista JL, and now I’m back in DC, preparing for a mellow day tomorrow. Here are some of the scrumptious recipes that caught my eye this week, and the links that gave me food for thought. 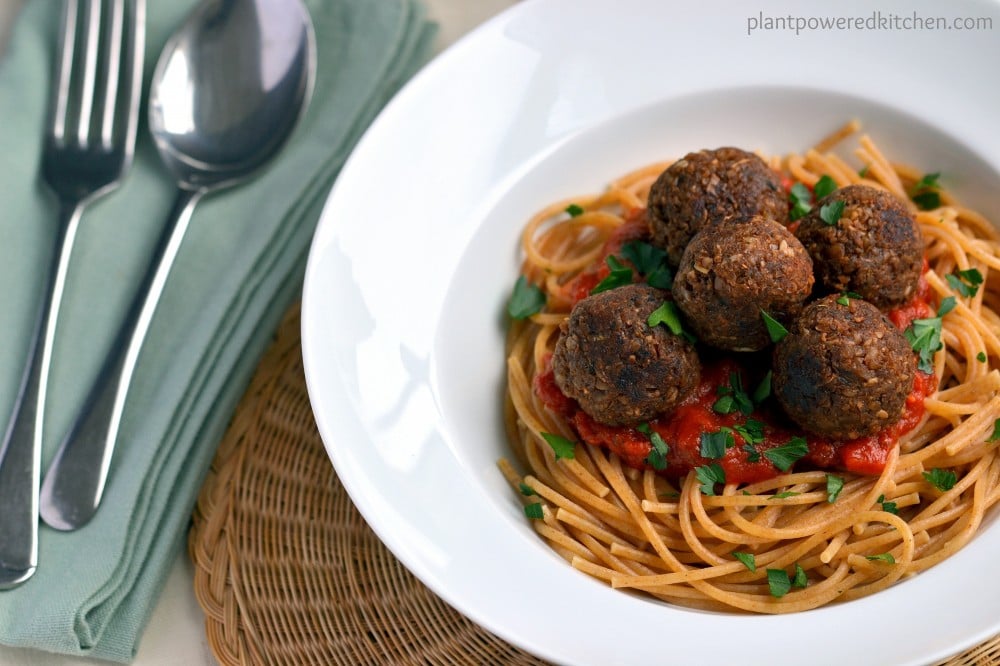 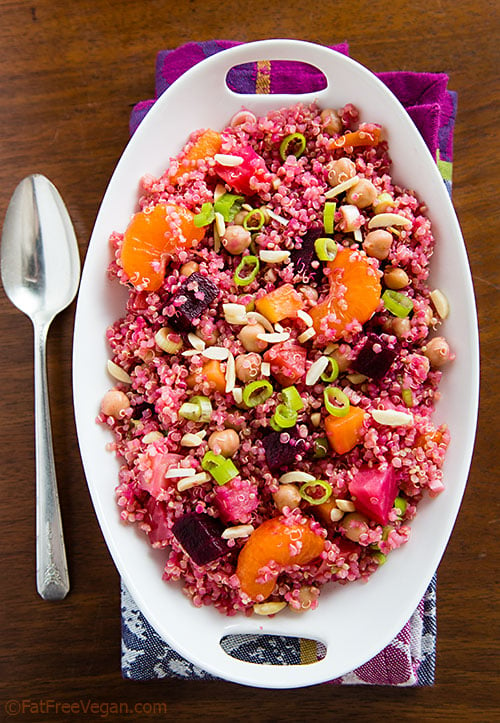 Susan’s beet and quinoa salad with maple balsamic reduction is gorgeously colorful. It would make a great centerpiece for entertaining at this time of year! 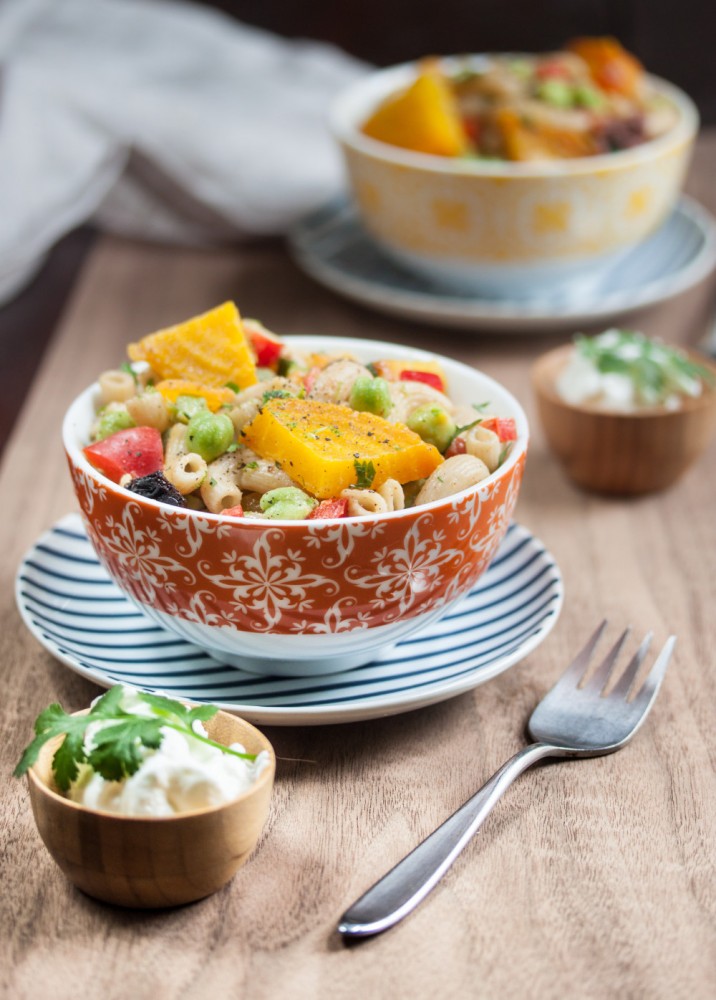 Allyson’s green chickpea and edamame pasta salad is ideal for cookouts or casual potlucks. If you need a last minute dish for a gathering tomorrow, this might be the one. 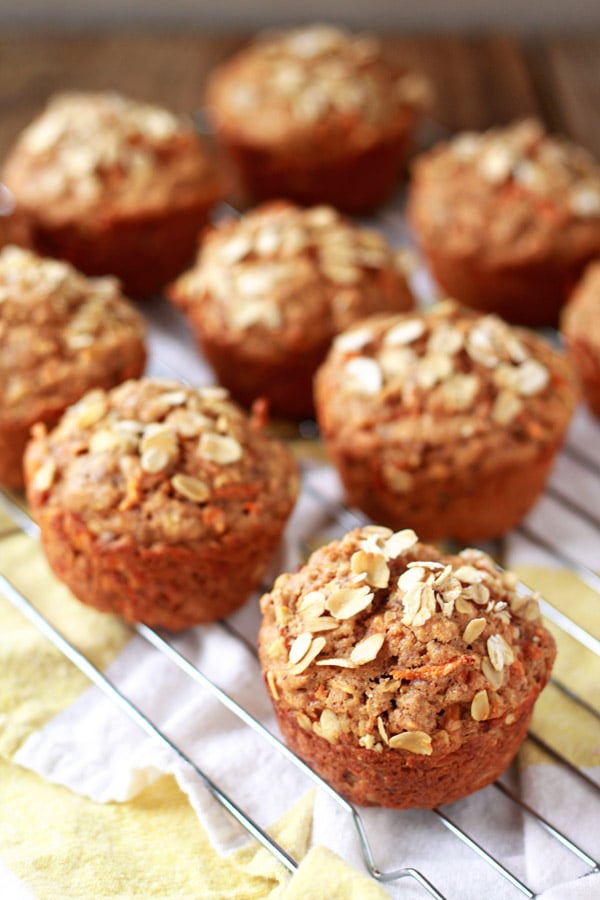 In the mood to bake on your day off? Get inspired by Kare Raye’s vegan spiced carrot cake muffins. 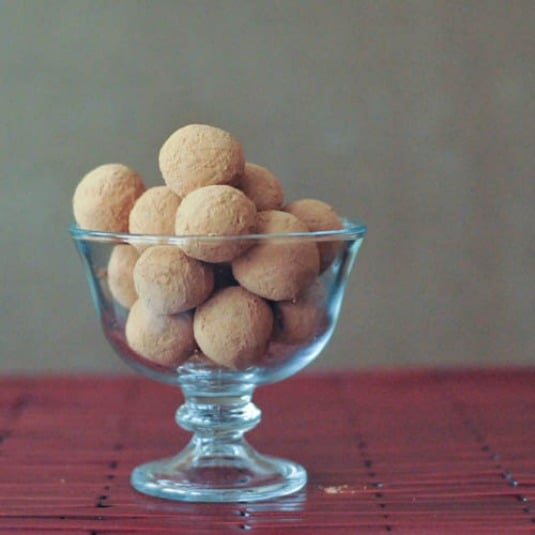 And if you’re not in the mood to bake, but you would like a sweet treat, hurry up and make Kristina’s wonderful cinnamon chocolate almond truffles.

1. My friend Matt has written a lot about stepping outside of one’s comfort zone, pushing one’s limits, challenging oneself to bigger and better and greater goals. This week, he changed tacks a bit, and wrote about being comfortable with just being OK at something–or rather, being OK with a diversified life, rather than the headlong pursuit of one single, all-encompassing goal (his most recent pursuit of this kind was a 100-mile race). For those of us who tend toward perfectionism, extremes, and all-or-nothing approaches to life, it can be incredibly hard to let go of such goals, or to pursue them with the acceptance that our performance might just be ordinary. But there’s tremendous humility and appreciation that can come with this sort of attitude, a vital antidote to all of the striving. As a post-bacc student, I had to come to terms with being average (OK, sub-average) at something I desperately wanted to be good at, and I think it brought me to some of the lessons and realizations that Matt describes.

Once a striver, always a striver, and I know that it won’t be long before I read about some remarkable goal Matt’s got his eye on. But for the time being, I’m excited to watch him turn inward a bit, cultivate hobbies, and savor his family life.

2. I liked this article on fraudulent marketing of “superfood” products, which focuses on claims made in a case currently under consideration by the Supreme Court involving pomegranate and blueberry juice (or, to be more accurate, a juice blend that is 0.6% pomegranate and blueberry, and 99.4% apple and grape). The article critiques the ways in which supplement makers and food purveyors use vague structure function claims (like “help nourish your brain”) or use key phrases like “fortified with Vitamin C!” to mislead consumers. The author, Alan Levinovitz, has some insightful things to say about our capacity for magical thinking when it comes to nutrition:

Humans have been historically tempted by the notion that foods are blessed or cursed, some ensuring long life, good health, and existential bliss, others causing physical and spiritual death. This quasi-religious faith in the power of nutrition, endlessly reinforced by marketers and irresponsible journalists, is extremely hard to dislodge. (Doctors have learned to break the news about vitamin C gently, as one might explain the Earth’s real age to a child raised by creationists.) Despite persistent efforts on the part of health care professionals, people cling doggedly to talismans of good health. In the end, Coca-Cola and POM aren’t deceiving us so much as they’re facilitating our own self-deception.

And I was intrigued by his thoughts on how we might remedy this widespread phenomenon:

I’m in agreement with food companies on one crucial point: The antidote to deceptive advertising isn’t further government regulation. Instead of regulating labels, public and political focus should be on media literacy education, especially regarding science. The first step is promoting self-awareness, the trained realization that we are awash in scientific buzzwords—serotonin, cholesterol, hormones, neurons, vitamins, lipids—about which very few people have any real understanding. Most of us encounter these words as functionaries in modern medical folklore: If your serotonin is low you’ll be depressed; avoid bad cholesterol; neurons are best when they’re “plastic;” vitamin supplements can help with bad vision. The echo chamber of food and pharmaceutical marketing amplifies this nonsense, and without vigilance we too easily mistake it for science.

Sanguine words, but I understand well the frustration with how nutrition buzzwords can be misconstrued. And I agree wholeheartedly that finding ways to grant consumers with a more nuanced understanding of these claims, as well as the tools they need to assess new ones, would be beneficial.

3. Catherine of FoodiEcology led me to this very dismaying article about fat shaming in the Classical music world. As a music lover and a person who is concerned with body positivity, I was sorry to read it, but hope that the NPR coverage will draw some (needed) attention to this issue.

4. Some of you may remember Alex’s Green Recovery story (“I Never Thought I’d Develop an Eating Disorder“). Alex blogs at Kenzie Life, and she recently wrote a sweet and thoughtful post called “How to Be OK When People are Upset With You.”

I will never forget the first time a therapist friend pointed out to me that the amount of time I spend avoiding fights in romantic relationships–sometimes at a considerable cost to my sense of self-expression–was probably a little unhealthy. Quite unhealthy, in fact.

“But I hate being angry,” I insisted upon hearing his feedback for the first time. “It’s the emotion I dislike more than any other.”

That was all well and good, he said, but to be pathologically afraid of anger–both feeling and receiving it–is often no less problematic than being anger prone. And he was right. It took me virtually all of my twenties to learn to lean into conflict in relationships (in spite of the fact that I was pretty good at facing them in the workplace, or with friends/family), and I’m still learning.

There were/are understandable reasons for this, of course: insecurity, youth, and personal history (my childhood archetype suggested to me that, when two people argue, one of them leaves). Part of the problem, I think, was my perfectionism, which led me to equate conflict, however necessary, with failure. Another part of the problem was (is) my tendency to think in binaries, in either/or dichotomies. It was hard for me to reconcile the idea of love and attachment with anger or frustration, though of course in healthy relationships they coexist.

That coexistence is something I’ve struggled to wrap my mind around, but I’m getting better. Anger, in the context of an otherwise healthy and strong relationship (friendship, partnership, whatever), need not spell doom. Sometimes it’s even productive, and there is wisdom in allowing it to arise and wash over. Alex’s post is all about finding a calm, reasonable response to anger when it happens, without resorting to the kind of desperate self-blame or panic that I think I’ve been prone to in the past–and some of my readers probably have been, too. It’s good advice, compassionate advice, and I think you guys might enjoy it.

5. One of the books that had the biggest influence on me as a literature student in college–I relied on it quite a bit as I was writing my thesis–was Elaine Scarry’s The Body in Pain. If I had to sum it up, which I cannot possibly do well, I’d say it’s a meditation on the relationship between physical suffering and language. The book delves into history, literature, art, and court documents, chronicling how we as a society and as individuals have grappled with pain, and especially with its inherent inexpressibility. It’s difficult to express the experience of true physical suffering, and suffering often seems to destroy language altogether, reducing our self-expression to moans, cries, or whimpers.

This week, there’s a very interesting article in Aeon magazine about how anesthesia has changed the way clinicians describe pain. The author, Joanne Bourke, begins with British novelist’s Frances Burney’s infamous description of a mastectomy pre-anesthesia (I won’t quote it, but it’s a harrowing account, if you’ve never read it). She then goes on to describe how, with the use of chloroform

doctors celebrated the fact that the ‘groans and shrieks of sufferers beneath the surgeons’ knives and saws, were all hushed’. So said the surgeon-dentist Walter Blundell. According to Blundell, writing in 1854, surgeons were now able to carry out their work ‘as on breathless, lifeless forms’. Anaesthetics rendered patients passive, unconscious bodies, stripped of sensibility, agency and, critically, words.

This, she believes, has “thinned” the clinical language used to describe pain,

moving the subjective experience of pain further towards the periphery of medical discourse. The introduction of Visual Analog Scales (a line with ‘no pain’ and ‘the worst pain imaginable’ at either pole) denies the importance of detailed narratives entirely. Meanwhile, Functional Magnetic Resonance Imaging (or fMRI) promises to eradicate the subjective person-in-pain altogether: she is not required to speak, nor even to point. Pain is little more than ‘an altered brain state’. The complex pain narratives of earlier periods have been decisively dismissed.

This is problematic, she goes on to say, because it diminishes physicians’ capacities to relate to their patients experiences. It also interferes with the therapeutic nature of self-expression:

The chief difference between Burney’s time and ours is that patients’ metaphors are often ignored rather than elicited by the medical fraternity. This has not silenced patients. Like people-in-pain in past centuries, they want to know what has ‘gone wrong’, and to make sense of the disconnect between ‘me’ and ‘my pain’, and communicate their experiences to others.

This inherently social nature of pain provides a clue as to why talking about pain is so important – indeed, necessary – in human societies. It is why Burney wanted her sister Esther to hear about her mastectomy from her own pen, rather than second-hand. She recognised that ‘from the moment you know any evil has befallen me your kind heart will be constantly anxious to learn its extent, & its circumstances as well as its termination’. For Burney, sharing the story of suffering would draw loved ones, such as her sister, closer. Talking about pain is a way of cementing interpersonal bonds: when people ‘suffer with’ their loved ones, they are bearing testimony to their closeness to that person.

None of us would do away with anesthesia and the mercy it has introduced to surgeries. But I think Bourke is onto something very important about the way that we express pain, to our doctors and to each other. And I think she’s right to say that there is something fundamentally empowering about giving patients safe space in which to verbalize–or try to verbalize–their experience. However difficult this may be–however much it may be true that, in the face of pain, “language runs dry” (Virginia Woolf’s words)–it is in trying to describe our suffering that we’re often able to put the experience it into a meaningful personal context.

On that heavy note, I wish you all a wonderful Memorial Day. And if you missed my review of From the Farmer, check it out–especially if you’re in the DC area!