Media Buzz: Veganism is Not a Crash Diet 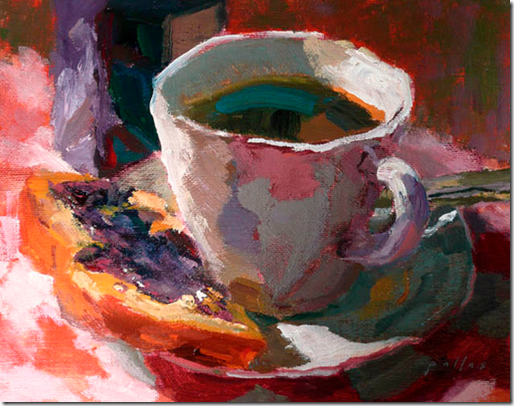 Hey all! Hope you’ve had lovely and relaxing weekends so far.

Late last week, my friend JL called attention to some recent media buzz about vegan diet on her brand spanking new website, Stop Chasing Skinny. For those of you who don’t know, JL—who is the author of JL Goes Vegan—created Stop Chasing Skinny to host conversations about surrendering unrealistic and damaging standards of body shape. I was thrilled with this initiative, because

But most importantly, I’m excited about JL’s new site because she is taking huge strides to show her readers that vegans come in all shapes and sizes. Veganism is not synonymous with thinness, nor do vegan diets guarantee weight loss; you can go vegan to lose weight if you want to, but given the wide array of vegan eating styles, it’s hardly a guarantee.

If you were to listen to the stories of starlets who experiment with vegan diets, though, you might never know that veganism isn’t some sort of crash diet. Over a year ago, Amanda Seyfried described her experiment with a raw diet as

‘For a year and a half, until about four months ago, I followed a strict vegan diet based on raw fruits and vegetables, no bread, sugar and coffee. But I had lost too much weight.

As JL points out, it’s fantastic that a Hollywood role model wanted to be curvier and to regain the weight she’d unintentionally lost: three cheers to Megan Fox for not aiming to look like a waif! What troubles me is the fact that she, like Amanda Seyfried, seemed to equate veganism and raw food with a “detox diet” (or so these no-bread-no-coffee-no-cooked-food-no-fun regimens are often called). And that’s simply unfair: being vegan has nothing to do with tossing away one’s morning coffee, or refusing to eat bread. I can’t imagine my life without either my morning java or my beloved Ezekiel sandwiches, or without a healthy balance of raw and cooked food.

Yes, my veganism is related to a strong interest in healthy eating, and that’s true for many other vegans. But that doesn’t mean it’s synonymous with deprivation. A healthy and responsible vegan diet allows for tremendous variety and range: fruits, vegetables, grains of all types, legumes, nuts, seeds, soy foods, sea vegetables, healthy, EFA-rich oils, and even the ever-growing array of vegan imitation foods that are wholesome and made with integrity (think Luna and Larry’s Coconut Bliss, Field Roast sausages, or Daiya Cheese). There are likewise many approaches to veganism: there’s the high-raw approach, the macrobiotic approach, and the good old fashioned “I’ll eat anything so long as it’s vegan” approach. These are all reasonable ways to enjoy a plant-based diet.

What isn’t reasonable is eating nothing but greens, watery vegetables, and fruit. I touched on this in my summary of the Vida Vegan Con nutrition panel: one of the major arguments that my colleague and friend Ginny Messina makes is that many of the cases in which vegans fail to thrive have nothing to do with the elimination of animal products: the problem is that the person who got sick had also eliminated a slew of other food groups (soy, grains, fats). It’s important to be able to make this distinction: eating an animal-free diet is not the same thing as eating a green-vegetable-only diet: if anything, the elimination of all animal foods forces us to think responsibly about getting enough density and nutrition with plants. It’s not hard to do, but it certainly demands a little forethought and dedication.

Ultimately, we all make our own dietary choices. Megan Fox is now on the5-Factor Diet; I personally think that’s a rather regimented and limited protocol, but if she feels well, she feels well. Nevertheless, I think it’s important for us all to remember that it was the “strict” part of Fox’s “strict vegan diet” that was most likely to blame for her weight loss: not the fact that it excluded animals.

The take home message? Veganism is not synonymous with lettuce, seeds, and deprivation. Approaching veganism that way is not only dangerous, but also shares a misleading image of the lifestyle with the world. I like to think that all plant-based eaters are humble ambassadors: let’s all of us show the world that it’s possible to be healthy, happy and well fed while also living with compassion.

Your turn, all! What are your thoughts? Do you see veganism as synonymous with deprivation? Why? Who do you think perpetuates that message? And what can we do to combat it?