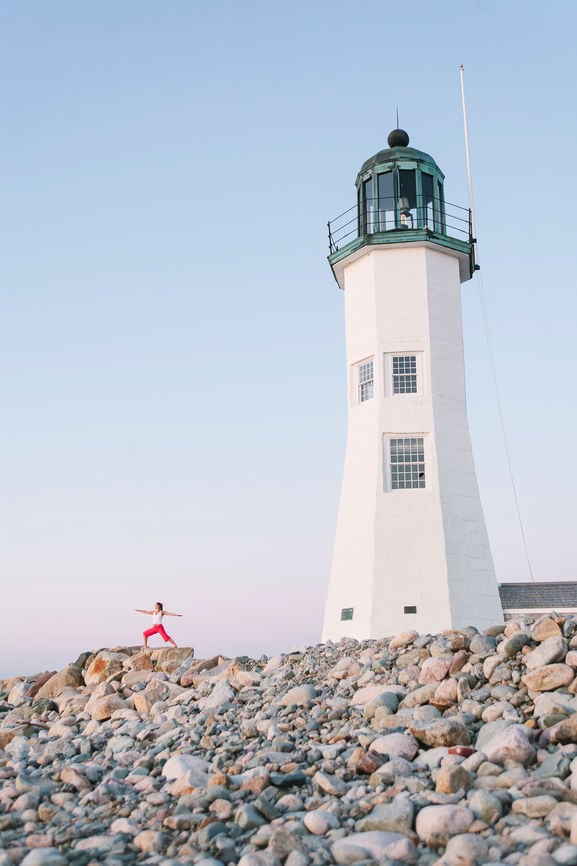 There’s always an official NEDA week theme, but most of the time the posts I write for this week end up finding a theme of their own. The National Eating Disorder Association’s theme for 2019 is “Come as You Are,” which emphasizes diversity and inclusivity in our community of those living with EDs, those recovering from them, those who have recovered, and all of the people in the places in between.

I realized as I was drafting this post that my own thought process around “come as you are” centers on the idea of individuality and self-expression in recovery.

Through talking to other men and women who have had eating disorders, I know that certain parts of the recovery process are nearly universal. A lot of the experiences that felt the most isolating for me—weight gain, the loss of a sense of “specialness,” the horror of feeling out-of-control—are actually completely “normal” stages of anorexia recovery. They felt uniquely threatening, but the more I spoke to others, the more I realized that they were part of a shared process.

At the same time, recovery is a deeply personal experience, and we come to understand it on our own terms.

At many times during recovery, I looked frantically around me for an archetype or role model to follow. I had so many questions: how long will this take? Will the weight gain ever stop? Will I ever feel comfortable in my body again? Will I ever truly enjoy eating out, being intimate, or socializing around food? How do you know when you’re “fully recovered”? My hope was that some incredible recovered person, some shining example of the process, would have the answers.

It never worked like that. In fact, my quest to find a recovery guru only took me to problematic places. It made me prescribe to eating styles that weren’t right for me long-term, one of which was raw foodism. It kept me from owning my own cravings and food likes/dislikes (for example: my abiding love of carbs). It muffled the voice of my intuition and kept me from doing the work of tuning into my body and discovering my own hungers.

Over time, I did learn how to do this—to tune in—and it’s what has allowed me to sustain my recovery over time. The answer was never in a book or on a blog; it was within me.

When you’ve been alienated from your body and your appetites for a long time, and especially when you believe that there is a rapacious monster within you that will eat everything in sight if you give it so much as a centimeter of freedom, it’s awful to be told to “listen to your body.” I regarded my body as freakish and insatiable, a delusion that felt all the more real because I’d been starving for years, and my body was insatiable. Recovery revealed the greatness of my appetite to me—an appetite that had been stoked by deprivation—and it was terrifying.

Getting in touch with hunger cues and listening to one’s body could easily be the work of a lifetime. For the record, I’m still learning how to listen and respond! At this point, though, the process is more curious and fun than it is daunting or scary. I’m not always great at being in my body—like many people, I experience anxiety as a kind of dissociation from my physical self. But I’ve spent a lot of time working on this in therapy and in yoga, and the dissociation happens less and less often. The rest of the time, my body is an incredible source of information.

I was reminded of this in the fall, when my body gave me all sorts of helpful signals that a relationship I’d been exploring wasn’t right. It often lets me know—through a pattering heart rate or GI distress—when my actions aren’t aligned with my truth. And it has become very, very good at telling me what food I crave, because I’ve finally invited it to have a voice.

Most importantly, my body has guided me to a place I never thought I’d be: the land of “not having a thing.”

For years and years, I always had a food thing. By “thing,” I mean a self-selected nutritional modification that dictated what I could and couldn’t eat. When I say “thing,” I don’t mean the ethical choice to avoid animals, and importantly, I don’t mean something that I chose freely with my body’s guidance. I mean nutrition parameters that I picked up from experts, gurus, popular diets or eating styles, and so on. In choosing a thing, I always had one of two motivations: becoming or remaining a certain shape, or trying to maintain a sense of control.

I loved having food things, just as I’d loved having food rules and routines when I was anorexic. They were so safe and so bracing. When life was daunting and impossible to understand, there was always one thing I could do that made sense, which to cling to a dietary modification. No matter how much pain I was in, I could avoid something that had been deemed inappropriate for my body by somebody else. It always felt good, even when it meant not eating things I liked and spent a whole lot of time thinking about.

Nowadays, and for the past few years, I’ve come to realize that I don’t have a thing. Or rather, I no longer have somebody else’s thing. As it turns out, nobody knows better how I ought to be eating than I do.

I strive to eat mostly whole foods, plant-based diet, but I eat sugar, salt, oil, and vegan meats, too. I still eat a lot of cashew cheese, nut pate, and salad, but I can’t remember the last time I had any sense of how much of my day’s intake of food had been uncooked. I find a lot of intuitive eating principles to be helpful, but I’m not a completely intuitive eater. If any principle guides me, it’s the focus on macronutrient balance that I wrote about in Power Plates, which is flexible as far as eating prescriptions go, and which I modify plenty.

For a while, it felt strange not to have something I could point to as proof of my own willpower around food. It was odd to have permission to eat everything. Nowadays, it feels pretty great. Avoiding pleasurable foods is a lot of work, and letting go of the need to do that all the time feels like laying a burden down. My work in dietetics and interest in nutrition keep me focused on wholesome foods, but my appetites and tastes guide my choices within that. And for the first extended stretch of time that I can remember, there’s no (vegan) food that’s off limits. Only foods I eat more of or less of.

My experience with anorexia began right before I turned twelve, and my appetites had been critiqued at home for years before that. I don’t have childhood memories of food freedom or permission to eat what I wanted. What a gift it’s been to find these things for the first time in my thirties. And how proud I am—really and truly—to have figured out how I like and need to eat, granting myself the permission I so feared along the way.

In addition to being freed of the need to scour books and the internet for rules, I no longer get worked up about the way other people eat. For so many years—as long as I was fixated on seeking food prescriptions from others—I was judgy and defensive about food. I resented those who ate more restrictively than I did and was discomfited by those who gave themselves more permission. Any exposure to other eating styles was a minefield.

It’s not like that anymore. I don’t have my hackles up all the time when I observe other people eat. I don’t scrutinize other men or women’s eating patterns and choices. Instead of judging, I give everyone the benefit of the doubt; I assume that they’re nourishing themselves as only they can know how to do.

This week, I wish you the courage and support that it takes to create your own eating style, whatever that may be. I don’t mean that you should avoid smart nutrition guidance or research: by all means, dive in! But incorporate what you learn into your life with your body’s guidance.

For the record, I also don’t mean to suggest that eating all foods, within a vegan paradigm or any other, is necessarily the measure of a healed relationship with food. I’ve work with many clients who have discovered, through listening to their own bodies, that certain foods don’t work for them. In that case, choosing not to eat something is the act of self-awareness and freedom that I was just talking about. Elimination and restriction aren’t one-in-the-same, and we’re all different. Inclusion has been my own work in finding a healthful relationship with food; more selectivity might be another person’s work.

It’s also worth saying that this business of eating in alignment with one’s body and soul is fluid. What works for a person today might not work in ten years, or twenty, or thirty. I’m in a deliciously expansive place with food in this decade of my life, but if I got a certain type of diagnosis or was facing a particular health challenge, I might need to make different choices. My cravings and tastes might shift over time, which would change the landscape of my favorite foods and things to eat. That’s fine: if it happens, it’ll be another chapter in having my own thing.

Finally, I want to mention that this process of tuning in—just like the rest of recovery—is a process. It doesn’t happen quickly or overnight, as those of us who have spent decades working on it can attest 🙂 And it doesn’t always, nor should it, happen in isolation. I can’t imagine getting to where I am with food and body awareness without two different therapists, who supported me in different, but equally helpful ways.

If you’re at a point in recovery when the time has come to craft your own relationship with food, but you don’t know where to start, it’s wise and self-loving to solicit some support. Your support system might be a therapist, a dietitian, or another kind of healer; it may be a friend or family member who can listen attentively and help to nurture your intuition. Asking for support and validation isn’t the same as searching for rules; it’s often the added dose of courage it takes to get in touch with one’s own hungers.

I’ll be back on Friday to talk about a reader requested topic, which is eating with others. Till then, I send you ongoing love and ongoing wishes of being in your body. Happy Wednesday, friends.