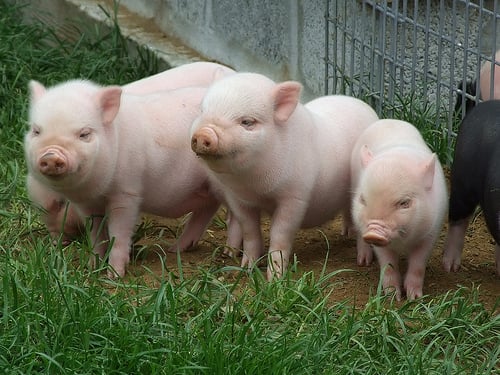 If you follow my twitter feed, you may have recently seen me ranting about an article that appeared last week in the Atlantic online. The author was Nicolette Hahn Niman, proud peddler of “righteous” animal flesh, and her argument was directed toward vegans who claim that it’s ethically no different to kill a pig than it is to kill a dog, given that the animals’ capacities to feel pleasure, pain, and fear are equal.

Let’s put aside for a moment the article’s misleading title: it isn’t an argument against veganism as a world view or health stance. It’s an argument against one particular claim that many vegans, myself included, like to make, which is that our attitude toward farm animals vs. pets is contradictory. On the one hand, we live in a culture where people treat pets like family members, and sometimes better. We cherish our pets, taking all sorts of measures to ensure that they are warm, fed, and walked. It’s hardly unusual for anaverage pet owner to talk to, dress up, or sleep with a cat or dog. Yet that same pet owner might, like so many others, regularly and indiscriminately eat meat. We know that farm animals are as capable as cats and dogs of feeling pain, fear, and pleasure. So how is it that the idea of killing farm animals for food –even as we stroke, coddle, and cuddle our pets–generates so few feelings of cognitive dissonance?

That it’s natural for us to be emotionally attached to our pets andsomewhat unattached to farm animals that reside 4,000 miles away, I won’t deny. Of course our pets are more dear to us than other animals, just as our loved ones are more dear than strangers. But most of us would stop short of saying that, because we love a family member more than a stranger, it’s more acceptable to abuse or kill the stranger than it is the family member; if we take the position that life is at all sacred, we’re really talking about all life, not the lives that are personally bound to ours.

Obvious interjection: animals aren’t humans. True, and if your feelings about the sanctity of life don’t extend to animals and humans similarly, this post simply won’t speak to you. But for the purposes of critiquing Niman’s argument, let’s accept for a moment that any vegan who’s a vegan for animals believes that it’s wrong to kill or hurt an animal, just as it’s wrong to kill or hurt another person. When vegans says that killing dogs and pigs are equal acts of cruelty, he or she is saying that all animal life is equally worthy of protection. What he or she is arguing against isthe idea that it’s alright for us to draw arbitrary distinctions based on our own emotional attachments or aesthetic responses (i.e., our feelings that puppies are cuter than pigs).

Given this premise, you can give Niman’s article a glance, and you’ll see quickly why it infuriated me. Niman failed from the start to address the idea that all animal life is sacred and worthy of our preservation. That is the premise behind a vegan’s saying that it’s equally wrong to kill a pig and a dog. Instead, she argues that these distinctions are justifiable because

1) “…individuals and cultures have always made countless decisions about what things are food and what are not. The basis for these decisions is about much more than whether something is edible or palatable. Until recent years, for instance, few modern Americans had eaten dandelions, nettles, or purslane, even though each of these plants (generally considered “weeds”) are not only highly nutritious, they’re quite tasty.”

2) “What each of us eats is the result of multiple factors, including income, geography, climate, culture, heritage, habit, and even, to a certain extent evolution (more on that in a moment), and there’s simply nothing wrong with that. Evidently, these norms are the basis for the modern Western view that eating dogs is wrong. It’s no more contradictory to eat a pig but not a dog than it is to eat arugula but not purslane. When it comes to eating, we all rule some things in and other things out.”

How do I begin to address the obliqueness of these arguments? Putting aside my frustration with the comparison of pigs and dogs to weeds, I’d say only that this misses the vegan argument entirely. No one is denying that we draw distinctions about what’s tasty or desirable to eat. Of course we do; we always have. This is, as Niman states, anthropological, religious, cultural, social, socio-economic, and circumstantial. What vegans argue is that these distinctions are meaningless because all animal slaughter is an act of cruelty against a sentient being; it’s all wrong. Convincing oneself that it’s wrong to kill Rover, but OK to kill Babe, is a contradiction in terms.

If Niman had simply said, “I don’t accept the premise that it’s wrong to kill animals for human consumption, so I don’t think it matters whether or not we make taste-based decisions about who dies and who doesn’t,” I’d have disagreed, but understood her logic. What baffles me is that she seems to think that saying we make distinctions based on our own tastes somehow negates the ethical arguments that vegans are making. No one’s saying that we don’t routinely make choices about what we think is edible or palatable. The question is whether or not the things we deem edible are also ethically justifiable.

I was also astounded by Niman’s apparent belief that human tastes are somehow morally sacrosanct: as if, because we decide based on culture and time and place that something is appealing to us, that means it’s alright. She points out that many cultures have a closer bond to dogs than to pigs, and then uses this fact to justify our decision to kill pigs. Historically, white people viewed blacks as inferior (as animals, actually), and chose therefore to enslave them. Men viewed women unworthy of political power and social freedom, and chose to keep them domestically stifled and politically disenfranchised. Were either of these habits–all of which reflected strong and longstanding cultural norms–right? 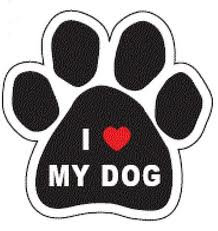 Ethical norms shift and change over time. But change happens because, at any given moment, brave people are willing to question the fact that we humans tend to assume that what we’re used to doing–either because it’s convenient, or traditional, or pleasurable–is right. And those assumptions must constantly be exposed to scrutiny and questioning. Attitudes like Niman’s, which suggest that our preferences will always justify themselves, threaten our  capacity for self-examination, and with it moral evolution. Rotten stuff, and hardly a nuanced response to a vegan who questions why we have such an easy time disregarding the inner lives and feelings of animals we don’t happen to live with.

Those of you who responded to my 365 post giveaway with requests for more vegan rants have most certainly had your wish granted tonight. I am dying to hear what you guys think of Niman’s article, and about this issue in general. As usual, I’m 100% open to hearing thoughtful arguments that at least acknowledge the animating argument of veganism, which is that animals aren’t ours to kill and eat.  What bothered me so much about Niman’s is that, in talking so gaily about our ever-shifting tastes, she didn’t acknowledge that fundamental argument at all.

Oddly, the comments on that post, which numbered over 355 (mine included) seem not to be working; that’s probably a glitch in the way my office computer is loading it. I hope they weren’t taken down because of their vociferousness or quantity. In any case, my friends, let me know your thoughts. And thanks, as always, for inspiring me to share my thoughts–including my more impassioned thoughts!