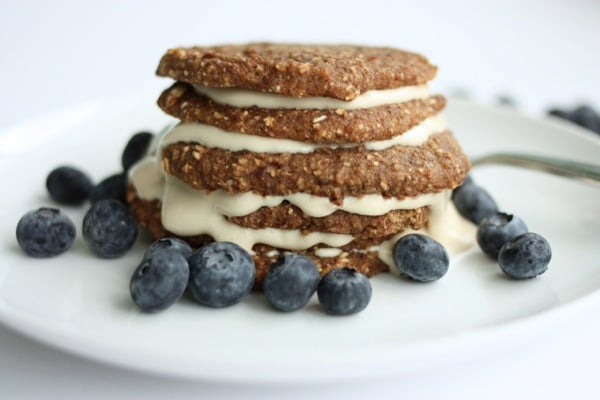 One of the blogs that you might see me mention most frequently in Weekend Reading posts is Fragrant Vanilla Cake. While the title might evoke images of oven mitts and a stand mixer, Fragrant Vanilla Cake is actually a raw, vegan blog. There’s plenty of cake, but none of it has spent any time in an oven. Author Amy Lyons creates her trademark desserts with all of the usual raw food building blocks: nuts, seeds, coconut oil, dates, coconut meat, and so on. In spite of this, her sweet creations are as decadent and as satisfying as any of the more traditional dessert recipes that have inspired them, and they’re a little more wholesome, too.

I’ve always marveled at Amy’s artistry, as well as her sweet and engaging blog voice. While desserts are clearly the focus of her blog, she also creates a lot of savory recipes; one of my favorites (which appears in her book as well) is her kalebouli recipe, and I also really love her sesame vegetable stir fry with celeriac garlic rice. These delightful raw dishes appear alongside the usual array of treats, like Amy’s recent raw, vegan cherry rhubarb hand pies (what?!), or her outrageous raw cookie dough ice cream cake.

It’s apt, then, that the title of Amy’s beautiful new book is Fragrant Vanilla Cake: Sweet and Savory. It’s a collection of desserts, snacks, smoothies, salads, and delectable entrees that are all raw and vegan. 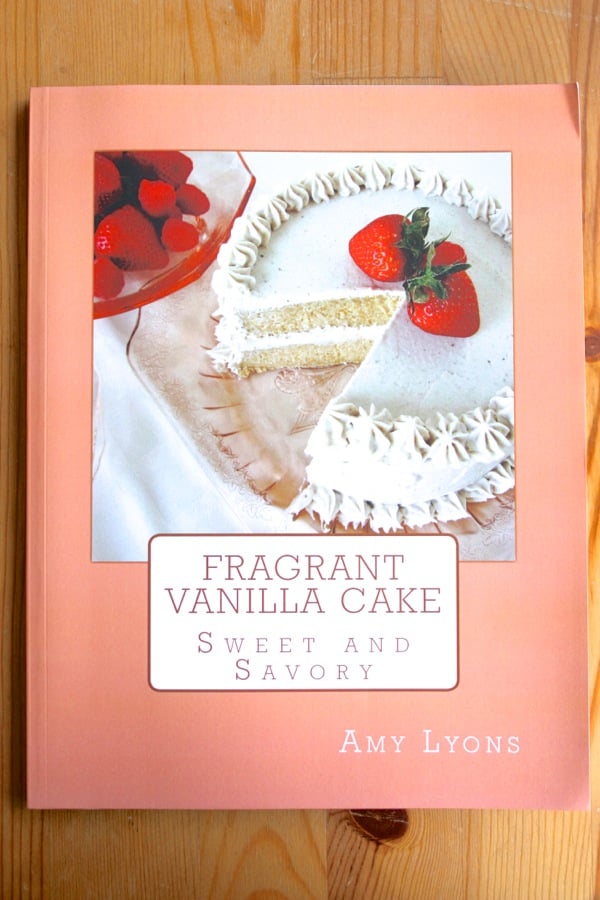 With the same friendly voice and raw food expertise that makes her blog so appealing, Amy weaves together 100 recipes that will make anyone feel inspired to eat a little more raw food. Some of the pages and recipes I’ve earmarked eagerly: 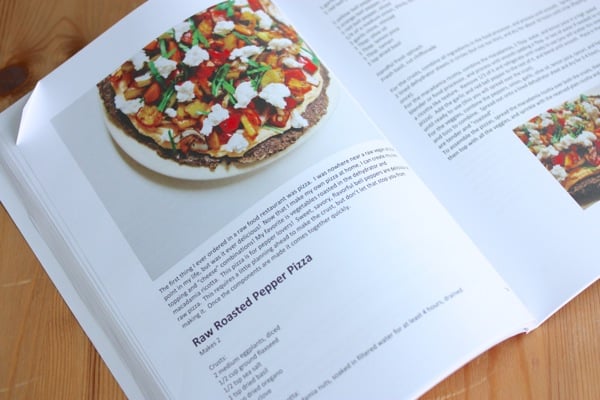 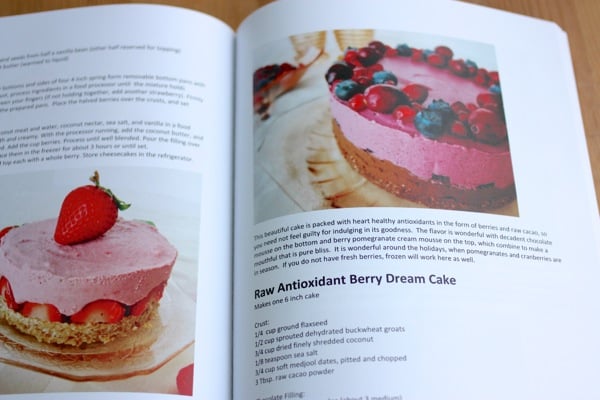 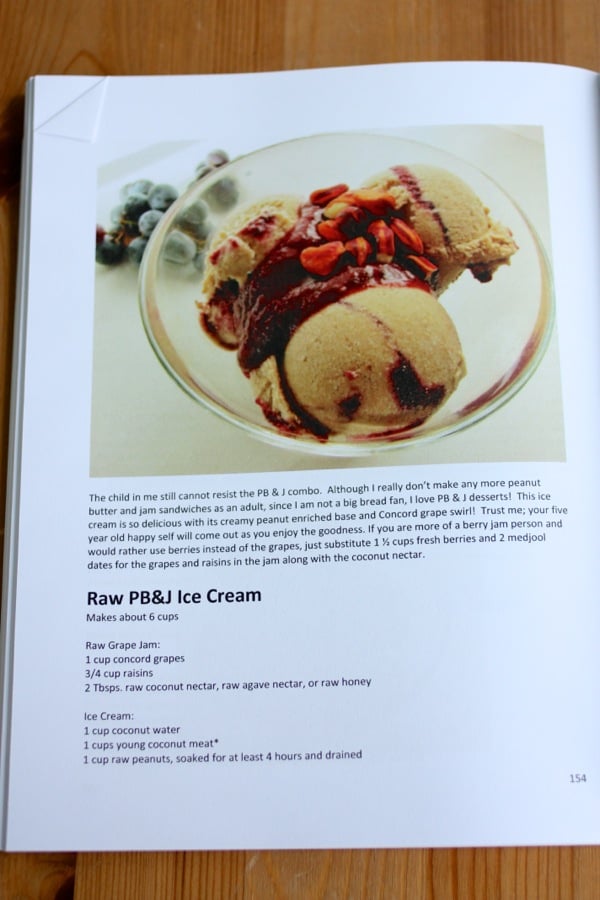 I’ve had such a delightful time flipping through Amy’s book, and in spite of the fact that moving/packing has been keeping me from too many new recipe ventures this week and last, I’ve been savoring the photographs. I wanted to share a recipe with you all that captures some of Amy’s creativity, but also feels pretty easy to prepare. I settled on her raw banana oat pancakes: 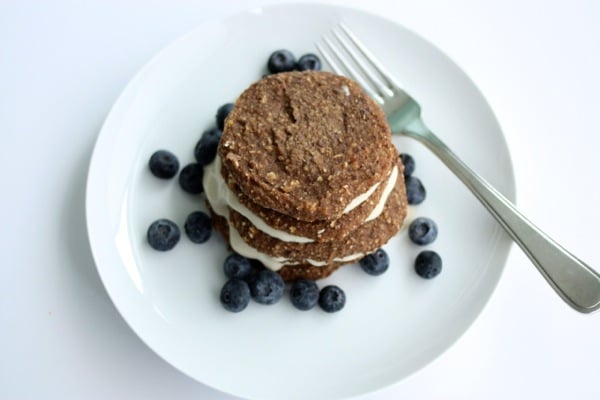 I’ve only tried my hand at raw pancakes once (here). I made them with banana, just as Amy does, and I really liked them, but I have to admit that mine were not as satisfying as hers are! I think the big difference is that she uses oats, which add texture and nutritional density to the recipe.

Amy’s original recipe calls for sprouted oat flour and sprouted oats, but I used regular rolled oat flour and rolled oats instead, and it turned out just fine. I also omitted the lucuma powder, which the original recipe calls for (not because I don’t like it, but just because I didn’t have any on hand). Other than that, I followed instructions precisely, and I loved how the pancakes turned out.

Here’s the recipe, which Amy has generously allowed me to share! 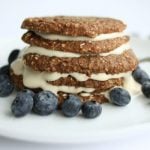 There’s no oven option as it’s listed, but I bet that a bit of tinkering would allow you to bake these without too much trouble. If anyone has suggestions on that score (I don’t often convert dehydrator recipes to oven), I’m all ears! 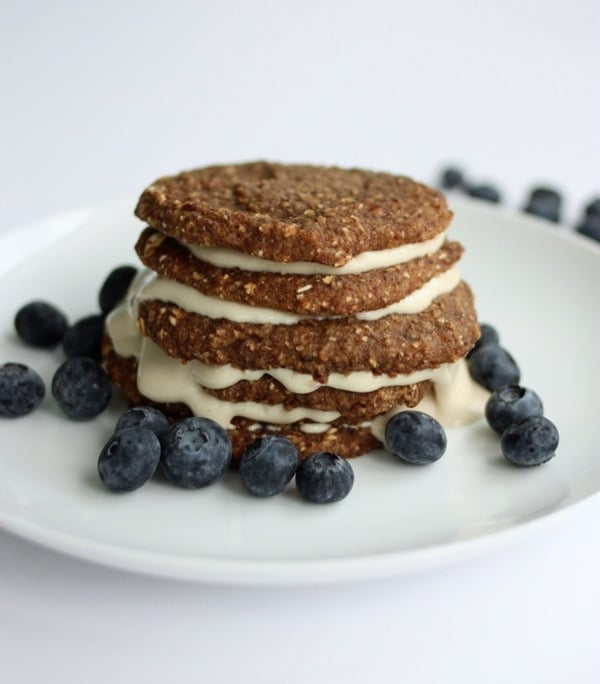 You could serve these with almond butter and fresh fruit or the like. I went for some blueberries, but I couldn’t resist creating a stack of them with my vanilla ginger cashew cream. My lord, this was heavenly.

If you’re looking to incorporate more raw foods into your diet, I highly recommend checking Fragrant Vanilla Cake out! It’s a beautiful, generous, and fun resource. To learn more about Amy, you can visit her blog, follow her on Twitter, or find her on Facebook. Amy, thank you for inspiring me to do some innovative un-cooking this August! 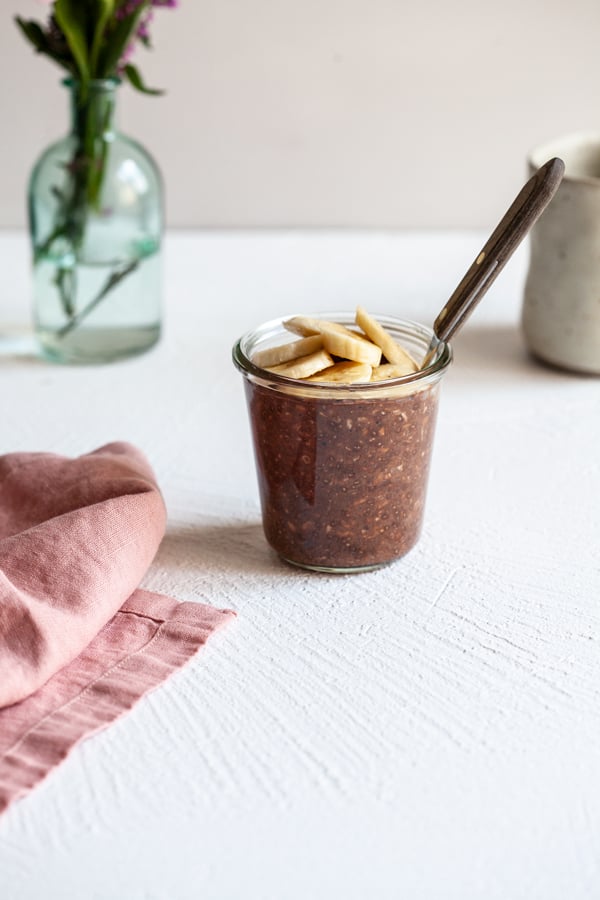 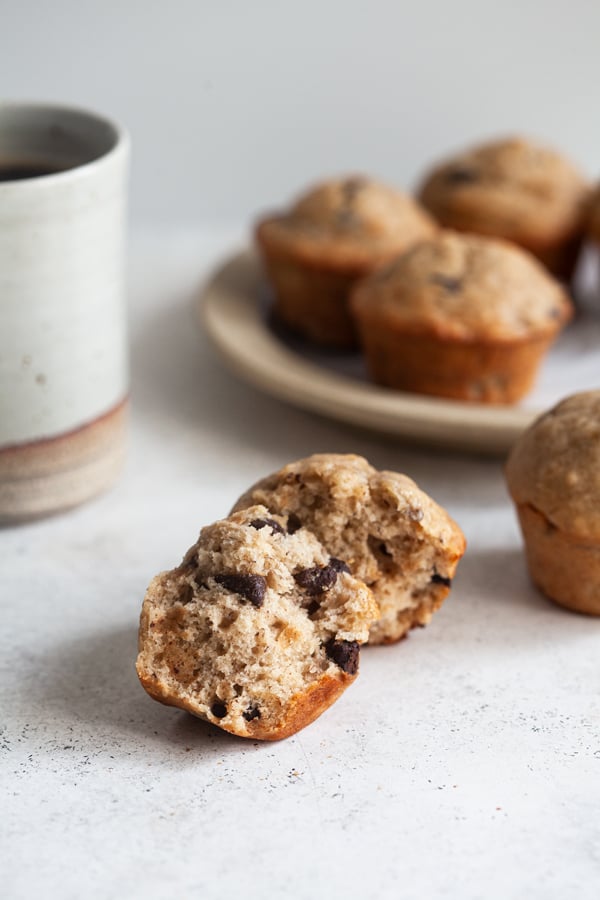 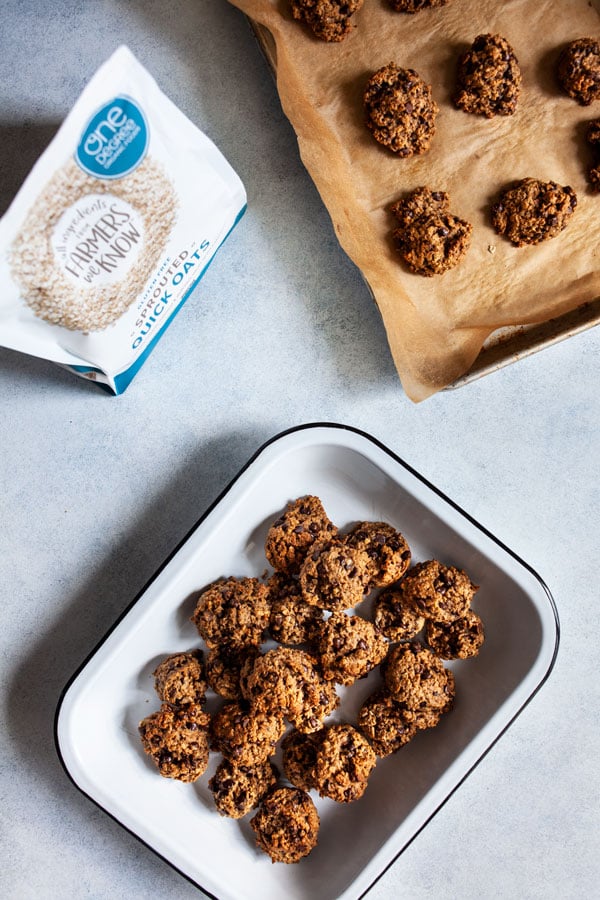