Student Project Summary: The Impact of Maternal Nutrition on the Epigenome 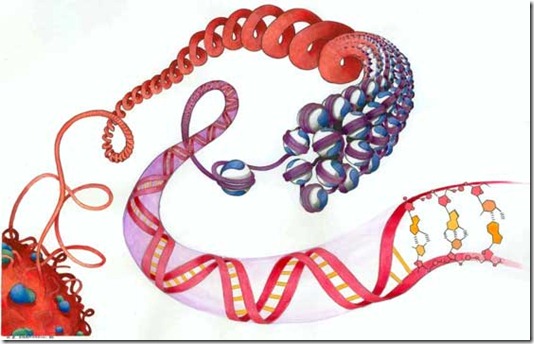 Phew. As of 5 pm, my genetics lab is finally done for the semester, and I can now focus exclusively on the upcoming final. Yesterday on Facebook, I mentioned that my final presentation topic in the class was the effect of maternal nutrition on the epigenome, with a specific focus on obesity. A few of you mentioned that you’d like a broad summary when the presentation was done, so I’m recapping it for you now. If genetics isn’t really your thing, feel free to skip this one! As a person who has studies nutrition, though, I found the research really interesting, and thought some of you might as well

To many of you in this science and nutrition savvy audience, “epigenetics” is probably a very familiar phrase. Though I’d studied epigenetics briefly when I took nutrition classes, it’s not really a phenomenon I understood well until I took genetics this year. Epigenetics is the study of heritable changes to DNA that don’t involve a change in DNA nucleotide sequence. Very roughly translated, this means changes to DNA that are environmentally triggered, rather than resulting from a quantitative trait that has been passed down from your parents (like eye color, for example, or having a widow’s peak). The “epigenome” is of interest to researchers for a host of reasons, but they are of particular interest to those who study nutrition because they have been implicated heavily in changes to human metabolism.

My presentation today was interested in how on particular environmental influence–maternal nutrition–will impact a child’s propensity toward obesity. The results are interesting; I studied both how famine/malnourishment will impact offspring, and how a “junk food” maternal diet (which is defined differently, according to the study) will impact offspring. The result, interestingly, can be similar, for a variety of reasons. Both fasting/malnourishment during pregnancy and a high-fat or “junk food” diet during pregnancy are associated with offspring’s having a higher disposition toward obesity later in life.

It’s been thought for some time that, when children develop in utero under famine conditions and go on to have low birth weight, they are predisposed toward being overweight later in life. This is called the “thrifty genotype” hypothesis, and the idea is that the child’s metabolism and insulin sensitivity is modulated to fit fasting conditions; when the child is later born into either adequate food or abundance, the child’s metabolic tendency is still to conserve energy (thriftiness). Weight gain therefore results from a discrepancy between the gestational environment and the environment a child grows into.

The hypothesis was first put forth in 1962, and since then it has been largely validated by further research. It has proven to be especially helpful in studies of developing nations, where it is possible for famine to exist alongside a new growth of high-energy fast foods and processed foods. It was also borne out by studies of children born after the post-WWII Dutch famine of 1944. Children whose mothers were pregnant during the famine demonstrated higher rates of insulin resistance and cardiovascular disease later in life. 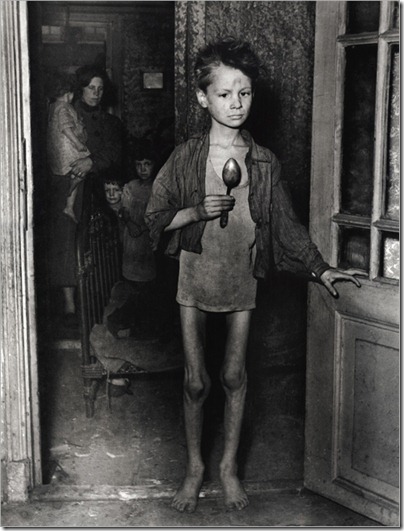 I thought this was all very interesting, but I was also interested in learning how a high-energy, low-nutrient diet—a diet similar to what we call the “SAD” diet—will impact a child’s propensity for weight gain. As it turns out, a high fat and low nutrient diet is also associated with offspring’s having a predisposition toward obesity, for different reasons. One reason is that high-fat and low-nutrient diets have been shown to repress genes that code for developing children’s opioid receptors, which allow for sensations of stimulation and reward. When these receptors are dulled, individuals with repressed gene expression may seek out high fat and high sugar foods later in life. Interesting that two totally different scenarios—feast and famine—can possibly have a similar result.

There are obviously thousands of other reasons why obesity happens, and even within the two scenarios I looked at, I focused only on very specific genes (a handful of six) and the mechanisms by which they are changed. These six genes alone don’t account for the whole problem, and my understanding is also limited: I am but a struggling student, not a scientist! But the research did show me how vital good maternal nutrition is, and how sensitive our DNA is to environmental influence.

It also presents an additional account for obesity, which is often attributed (too simplistically) to either conscious lifestyle choices on the one hand, or to intractable genetic inheritance on the other. Everything I’ve read about in my studies so far suggests both that we have the power to turn a lot of genes on and off, and that there are certain genetic variables we can’t help. This presentation confirmed that feeling. Even though some of the diabetes and metabolic syndrome statistics were sobering, it also presented me with some hope that education about nutrition and access to healthy food can certainly do mothers and children a world of good. So many of you, my readers, are doing your best to share food that is both healthful, nutrient-rich, and satisfying with others, and that is a part of the puzzle.

On that note, this tired blogger is taking a few hours off. I’ll see you tomorrow with a product review and wonderful giveaway you will not want to miss!