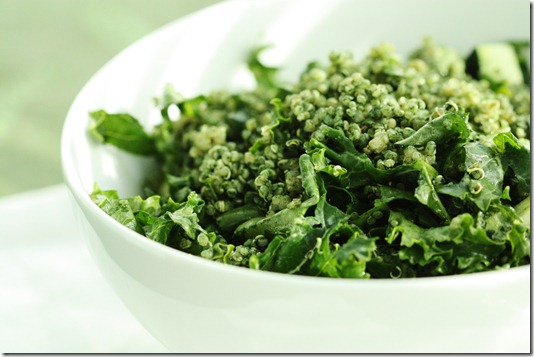 Vegans get a lot of flak for our “crunchy” habits. One can either be put off by the teasing, or learn to take it with a grain of salt and a wide grin. I do the latter, not only because it’s a lot more pleasant than nursing a sense of indignation, but also because it would be disingenuous to do otherwise. After all, a solid majority of the foods I love to eat meet every popular definition of the word “crunchy.” Sprouts. Lentils. Raw kale. Hemp. Tempeh. Fermented veggies. Seaweed. To shrink from the label would be folly. So vive le crunchy, I say.

Today’s recipe is just about as crunchy as it gets. Spirulina dusted kale and quinoa? Yes indeed. This was today’s breakfast (I was in a savory mood), and it was as tasty as it was electric green. Though I typically reserve spirulina for sweeter recipes—raw cookies, bars, and smoothies (like my deep sea smoothie)—that all changed when I received my friend Courtney Pool’s wonderful Spirulina e-book, Spirulina Junkie, which I highly recommend to you all! The e-book contains 30 unique recipes showing readers how to incorporate spirulina into entrees, soups, and salads, along with desserts and smoothies. Since I read it, I’ve been partial to adding a little spirulina to salad dressings and salads. So why not quinoa?

The spirulina in this recipe is courtesy of Oriya Organics, makers of fine Superfood products including a protein powder and a green medley. I’m doing a full review later this week, but in the meantime, the Supergreen Medley contains spirulina, chlorella, wheat and barley grass, and it’s a perfect way to get a little extra green into any recipe. Hooray for that. Spirulina is a complete protein and contains Vitamin B-12, though please keep in mind that it is not a reliable source of the latter, and one would have to eat it quite plentifully for it to be a significant protein source. That said, a small, added boost is always helpful in a meal, and spirulina (and other freeze dried greens) contain many plants pigments that may be beneficial to us.

Making this recipe is incredibly simple. Here’s how. 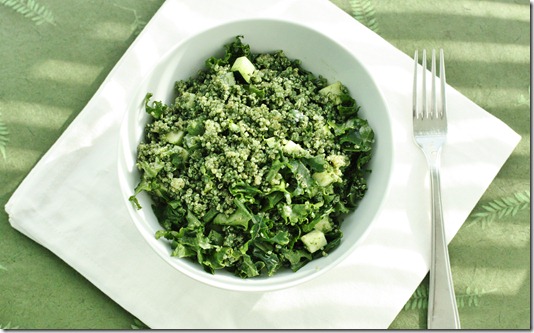 Mix all ingredients together in a large mixing bowl, and serve!

I love starting my day with something this green. 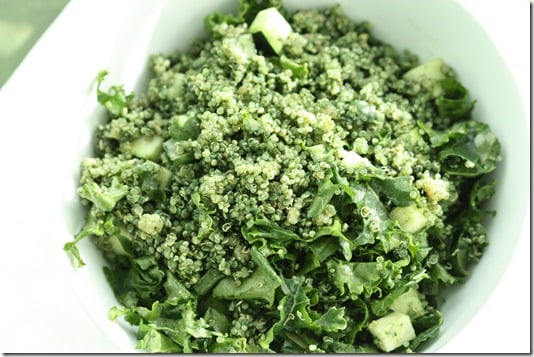 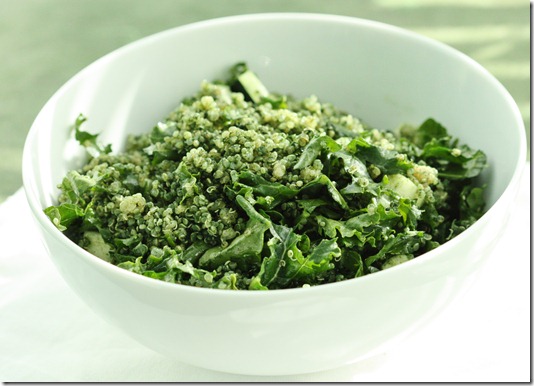 To create a balanced meal, I’d enjoy this dish with some avocado slices or a delicious nut/seed dressing. You could also add some hemp seeds for a source of healthy fat.

So the easy thing to do would be to wrap the post up, but I did feel the need to address the Guardian’s recent article on the problems with quinoa production for Bolivian farmers. The jist of the article is that vegan diets demand the importing of non-local crops that can negatively impact foreign economies. I found it disturbing, and it made me think a lot harder about how I might start to seek out quinoa brands that are sustainable and ethically produced. Do you guys have any tips for me? I’d love feedback from anyone who has researched the issue. This NPR article suggests that locally grown quinoa may soon be an option, though it did leave me with questions about how the seeds will be modified for North American soil.

At the same time, the original Guardian article was off base on a number of fronts. The author has ideologically aligned herself, it’s clear, with the local foods movement, and implies that vegans are the primary culprit behind ecological destruction from soy and/or grain farming. This tired and overly simplistic argument, so often wielded against vegans, nearly always fails to mention that the vast majority of soy—a staggering 97%, according to a 2006 UN report—is used for animal feed. As concerned as I am with the ethics of quinoa imports, I think it’s ludicrous to make a condemnation of vegan diet without mentioning the ethical violations of the meat industry, which is designed to unnecessarily bring millions of innocent animals into the world so that we can kill them. And one of these violations is the monopolization of soy for animal feed, rather than a crop that could be used to sustain human beings. The Guardian printed a response with similar sentiments.

Phew. On a totally different note, there is still time to RSVP for my Dinner with Kris event later this evening (7 pm EST) if you own a copy of Crazy Sexy Kitchen. Hope to chat with some of you!! 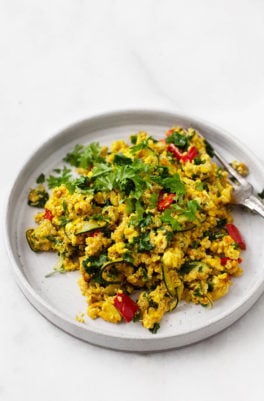 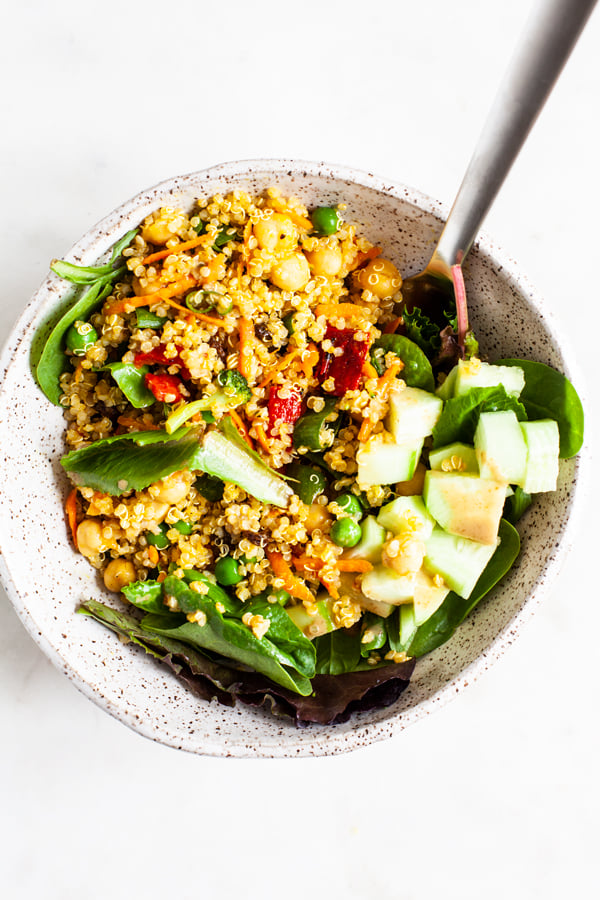 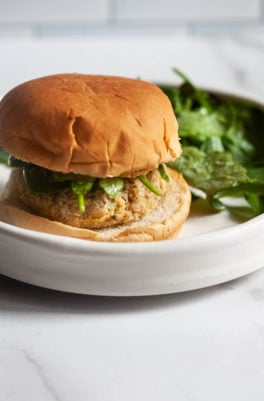