The “Half Lives” of Eating Disorders 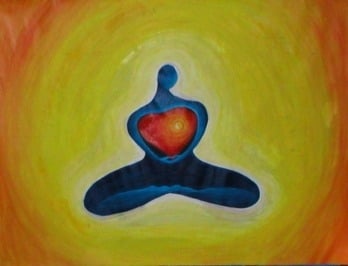 Hello, friends. So glad it’s nearly Friday! Thanks for such enthusiasm over the carrot and oat bread. A good many of you told me you plan to make it this weekend, and if you do, I hope it turns out OK.

Today, I wanted to delve into something a little more thought-provoking than carrot bread, and share with you this very moving article on ED recovery. It appeared in the Huffington Post this week, and it is written by Aimee Liu, whose work has inspired me tremendously.

I was first made aware of Aimee Liu’s writing when a very special CR reader and friend recommended her to me. I promptly began reading her blog, and I also read her book Gaining, which I would urge you all to explore at some point. The book details what I often all the “afterlife” of an eating disorder: not just the road to physical healing and/or restoration of physical health, but rather the months and years that follow, when you’re learning to be at peace with a post-ED life. For me, it was in many ways harder to accept a long-term existence that wasn’t governed by the pursuit of thinness, and feel comfortable in a body that was not underweight, than it had been to originally admit I had a problem. Aimee Liu addresses the ups and downs of “gaining” both literally and figuratively, by detailing all of the things one ultimately “gains” from recovery—intimacy, sense of self, freedom. 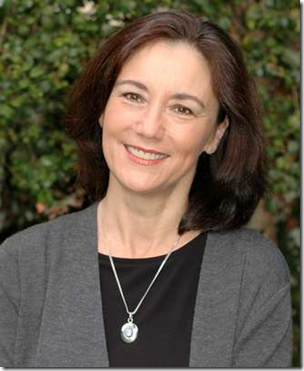 In her article this week, Ms. Liu talks about the so-called “half-lives” of eating disorders. By this she means the behaviors and compulsions that, while not necessarily food restriction, binging, or purging, evoke similar cycles of illusory “control.” She describes catching up with some of the women she’d met in recovery communities years after their initial conversations about the ED recovery process, and being dismayed to find that many of them continued to engage in patterns that were reminiscent of their original, full-blown disorders. She writes,

We no longer necessarily binged, purged or restricted using food, but we binged, purged and restricted in other ways. Some used exercise, others sex, drugs, alcohol, work or religion. We still obsessed, still beat ourselves up emotionally, still engaged in compulsive behaviors.

As I read this, I couldn’t help but think of so many of the patterns I’ve observed in my own work and forays through healthy eating communities: women who “compensate” for a dessert with a whole day of lemon and water fasting the morning after; athletes who “burn off” perfectly reasonable meals with extreme exercise. Certainly, I’m not immune to the impulses: as hard as I’ve always worked toward recovery, I’ve given in to my own moments of self-imposed “punishment.” I do my best to fight these impulses whenever I sniff them out, and part of my own recovery has been a commitment to steady, sensible, and moderate behaviors.

Ms. Liu goes on to say that the explanation for continued ED behaviors—not anorexia, bulimia, or EDNOS per se, but habits that are bound up in the same motivations—may be evidence of the genes that scientists are increasingly linking to eating disorders (sidenote: I just wrote a biology paper on this, so I’m a bit of a nerd in this area of research). If eating disorders do have genetic origins—and indeed most research says they do—it would explain why so many men and women who have been vulnerable in the past can become vulnerable again.

Liu ends the article on a positive note, reminding readers that proactive, early detection and treatment of EDs is the surest means of treatment. While it’s true that an enormous number of EDs go untreated, I believe that much of the shame and stigma attached to EDs is lifting, and that more women and men are seeking out help and support for this reason. I hope so, anyway; when I started Green Recovery, my only hope was to make all of us here in the CR community feel more comfortable talking about these issues. With any luck, such conversations are being struck all over the world, and helping more people to help themselves.

What Liu’s article really brought up for me was the idea that “recovery” itself is a slippery term. I have always thought that my own recovery moved in two phases: first, I came to terms with the fact that I was unhealthily thin and I gained weight. It was quite some time, though, before this physical recovery turned into a fuller and more honest recovery. That process took years: it involved finding veganism, opening up about my compulsions and history with family and friends, and learning to embrace my appetite. It meant finding a way of eating that gave me not only sustenance, but spiritual nourishment as well. That was phase two, and it was only afterward that I was able to successfully and lastingly manage the tendencies and patterns that had made me ill in the first place.

Phase one was terrifying. But phase two was the real test of my strength. 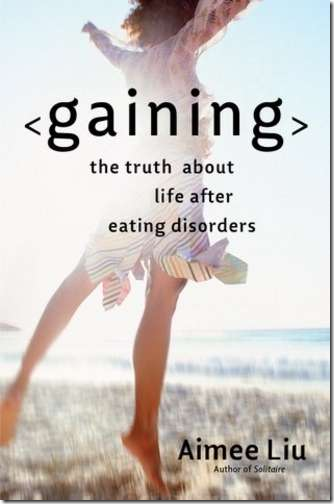 Readers have often confessed to me that, years and years after a formal (medical) ED recovery, they continue to struggle with compulsions or thought patterns that are reminiscent of their disorders. They get angry at themselves for these lingering vestiges of their EDs, and feel frustrated by the fact that they can’t just “move on.”

What I say to these readers is this: “recovery” does not mean that you never have a disordered thought or impulse again. Perhaps it works this way for many people (I hope it does), but that isn’t the norm. Recovery, at least as I understand it, means restoration of the physical body, restoration of the spirit and sense of self, and a commitment to managing and resisting the compulsions, restrictions, or habits in which your ED resided. It means committing to wellness, in every sense of the word.

Eating disorders rarely just happen to people; rather, they tend to grow out of preexisting personality traits. That’s why it’s so unfair to tell a person with an ED simply to “get better”—how can they do that without seemingly excising the part of their character that the ED fed upon? Instead of advising anyone to “get over it,” I like to remind people that recovery can be a process of self-recognition and management. I still occasionally experience the voices and impulses that fueled my original ED behaviors, but I’ve learned to recognize them immediately, fight them actively, and channel my energies away from them.

I’ve also learned not to feel ashamed of the traits that made me susceptible to my ED. As Liu points out, many of the traits that contribute to ED development, like perfectionism, can be helpful and productive. My perfectionism, my odd streak of asceticism, my compulsive energies, and my obsessiveness all made me vulnerable to disordered eating. But they’re also what make me a great worker, a committed student, and a person of extreme intensity. And I love them for that. I simply recognize that they need to be directed to places where they can help me to thrive.

In her article, Liu quotes psychiatrist and eating disorder specialist Joel Yager, who once said to her, “Know thyself… What is your biology? What is your calling? Study your temperament. Be respectful of it.” If there’s one tremendous thing I’ve “gained” from recovery, it is a full appreciation of my character, with all of its strengths and occasional demons. And life is so much richer with that kind of self-respect.

I’d love to know what you think about all of this: the article, the “afterlife” and “half-life” of recovery, the genetics of EDs. And I’d love to know how you personally understand the word, “recovered.”