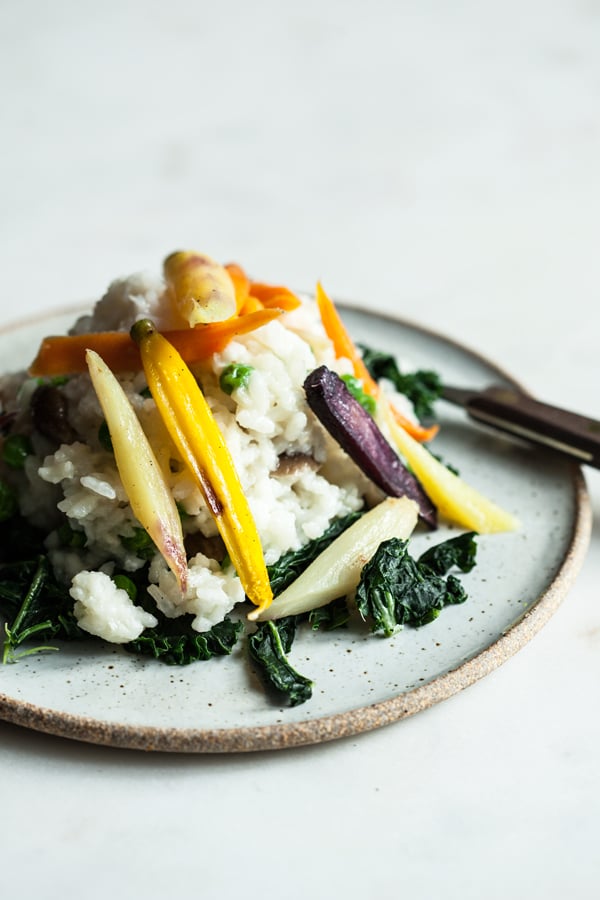 No matter how much time I spend thinking about nutrition in my work life, it’s not usually a topic that comes up with friends. So it came as a surprise the other day when a good friend brought up healthful eating over the phone. “You know,” he said, “it’s amazing how much in my life changes when I’m taking the time to eat right, exercise, and sleep.”

He went on to say that, while he never gave much thought to his diet in the past, he’s been paying more attention lately to what he eats and how it makes him feel. He cut out dairy, at first because it made life with his girlfriend, who is lactose intolerant, easier. Now he’s sticking to it because his own digestion is so much better. He’s trying to rely less on sweets for quick energy, to squeeze in more vegetables, and to cook more often. And it’s making a huge difference.

My friend told me that he’d never realized how much better he could be feeling until he made these shifts. I was struck by the comment because it’s one I can relate to. For years I assumed that my IBS had to be as bad as it was. I thought it was normal to crave a nap every afternoon at work, to feel more tired than awake in the morning.

Becoming vegan didn’t fix everything: IBS is still a part of my life, depending on my stress, and I have other everyday challenges, like allergies and a tendency to get run down. But the dietary changes I’ve made–first going vegan, then taking the time to explore what works for me within plant-based eating–have made a huge difference in my overall well-being. Diet may not be a cure-all, but I think it’s a vital part of the self-care toolkit—one that might also include sleep, hydration, stress reduction, and movement.

As a new year gets underway, many of us are giving some thought to the resources we need in order to feel our best. For most of us, nutrition is one of them. No matter how knowledgeable we are about food, though, it can be difficult to maintain a healthful diet. As I mentioned in last week’s post, life is challenging, and many factors can get in the way of cooking and seeking out wholesome ingredients.

This is why I appreciate Veestro and other brands that help to bring healthful, plant-based food within reach. Meal delivery can be a powerful tool for folks who are facing demanding life circumstances, travel, or a shortage of cooking time. It’s also a perfect option for those who are hoping to eat better but don’t have a sense of where to begin.

Veestro ships vegan, non-GMO, organic, and preservative-free meals to busy customers all over the country. It offers both a la carte and customized packages, including a gluten-free bundle, a starter pack, a high-protein pack, or a bundle that’s geared toward supporting people with weight loss goals. The meals are designed to be tasty, satisfying, and pleasurable as well as wholesome.

Right now, Veestro is hosting a 21-day “Yes I Can” program, which is geared toward helping people nourish mind, body, and spirit. The program includes either one or two daily meals, which are ready-to-eat, along with encouraging emails, wellness checklists, optional fitness challenges, and the resources and guidance of a vegan nutritionist. It’s not all about food, but nutrition plays a starring role, and the email updates include information on how plant-based diet can support weight loss goals, help keep us satisfied (thanks, fiber!), and maximize nutrient density. I’ve been participating happily in the program, and I shared some early thoughts on it last Friday.

Steven and I have continued to love our experience with the Veestro meals this week. We’re both savoring the food, and I’m enjoying having a little extra time that I can devote to work and school. More importantly, I love having varied meal options to choose from. When things get busy, I tend to rely on repetitive batch cooking. It does the trick, but I know how important diversity is within a healthy diet, and I’ve really benefitted from being prodded to try new things. 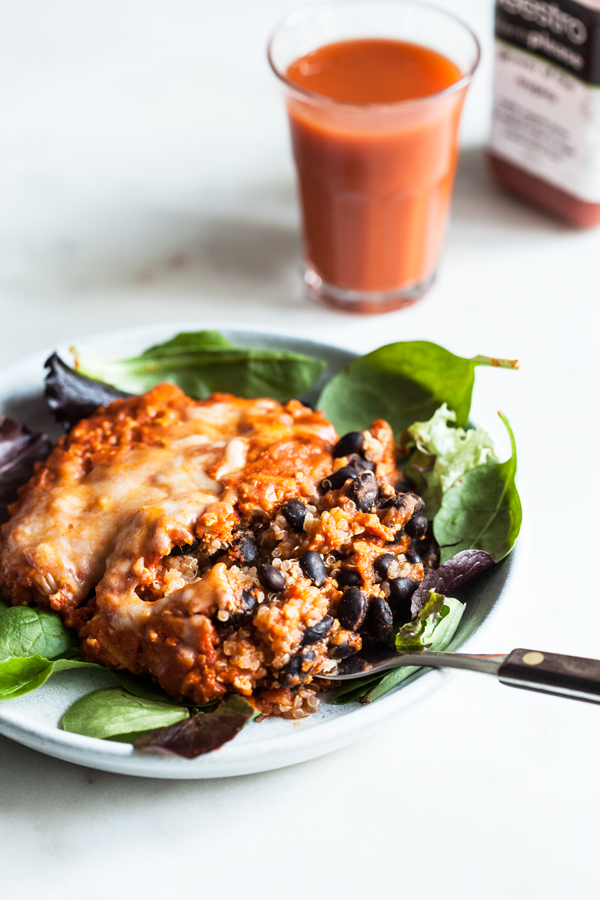 This includes a new favorite breakfast! The Veestro 3-layer scramble features black beans, tofu, and quinoa, all layered together with tomato and a bit of vegan cheese to create a scrumptious morning meal. It’s basically a vegan protein bomb, thanks to the combination of legumes and quinoa, and I’ve enjoyed it both for breakfast and also as a simple supper. 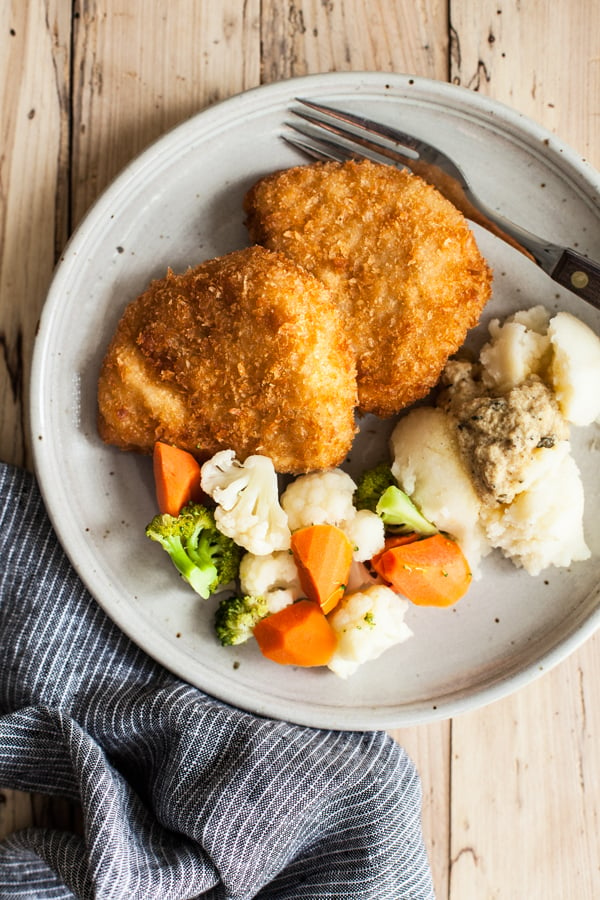 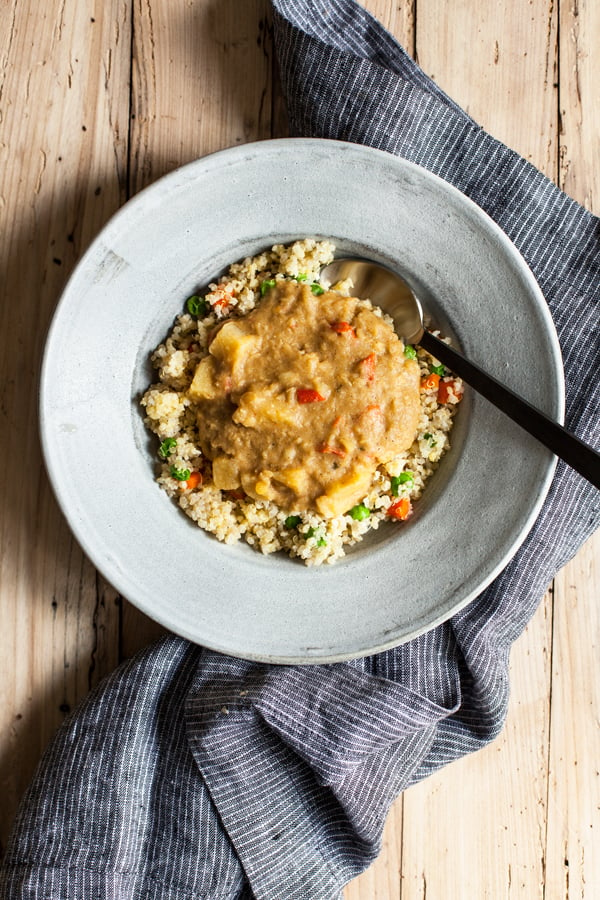 Veestro meals run the gamut of classic comfort food to globally inspired fare. This week, we enjoyed the country fried chicken, which was cozy and homestyle, topped with a savory vegan gravy. We also tasted the Moroccan melange, which is a bed of quinoa, millet, and vegetables topped with a gently spiced stew of red lentils, onions, and potato. It’s easy to taste the ginger in this dish, and it was right up my alley. 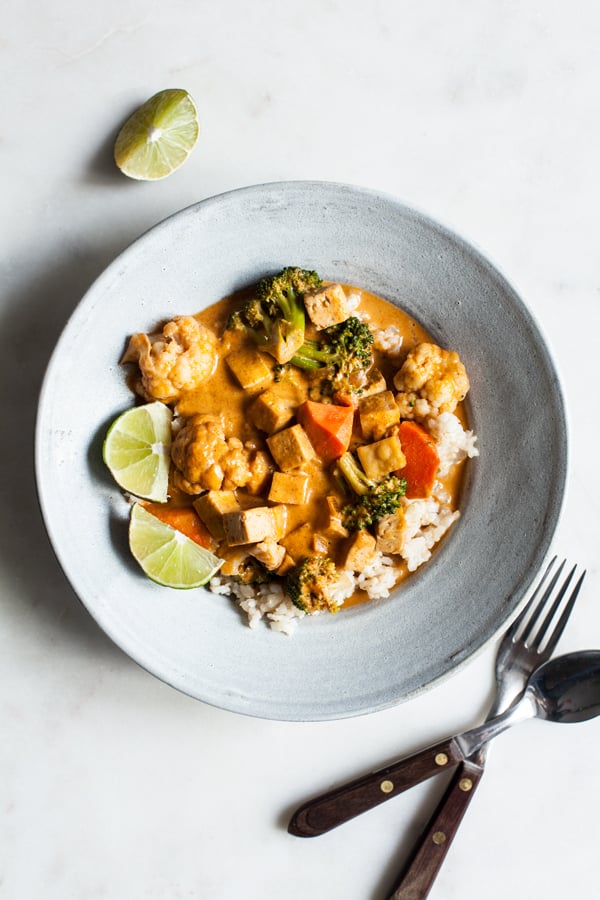 Another global highlight is the red curry with tofu and veggies. It’s made with red curry paste, garlic, broccoli, tofu, and cauliflower, and it’s served over a bed of brown rice. So fragrant and good. 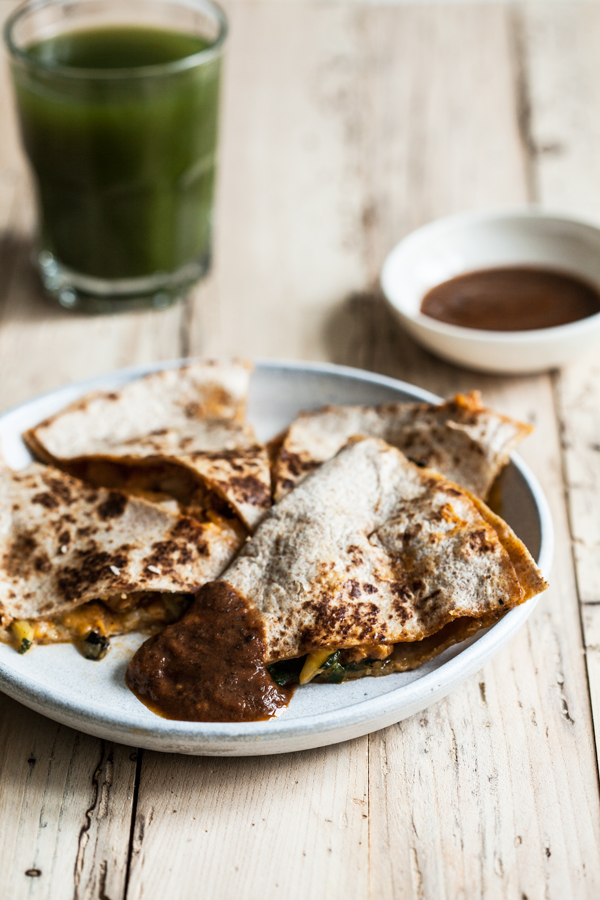 One of my favorite lunches this week was the chicken quesadilla, which is packed with vegan chicken, melty vegan cheese, and veggies. It comes with a hearty black bean dipping sauce, which was so good that I saved some extra to use as a snack dip later that day.

Steven had the same dish a few evenings later, and he thought it was as tasty and authentic as I did, not to mention filling. Some of the Veestro meals are heartier than others, so it’s important to modify them in a way that works for you: we’ve made veggie sides or extra grains to serve with some of them. But for the most part we’ve been pleasantly surprised at how satisfying they are.

A few nights ago I tasted the mushroom risotto, and it quickly took first place as my favorite Veestro dish. It’s a creamy arborio rice and mushroom mixture that’s served with kale and baby carrots. It has the traditional risotto flavor of shallots and white wine, along with some garlic (I added a little vegan parm, too). I was surprised that risotto could hold up to freezing and reheating, but it really did, and it’s a highpoint of my “Yes I Can” experience so far.

Last week, my friend Jessie said something insightful about the process of cooking. “Each meal is only hard to make once,” she said, and “it’s all about the muscle memory.” It’s so true: cooking, like a lot of other things in life, is difficult until it’s not. Time, patience, and the willingness to keep trying are what make it into a habit.

Ready-to eat meals can help to drive that process forward, giving people a taste of what’s possible with plant-based food. Many folks who are trying to become vegan or reduce meat intake don’t know what to cook. They’re confused about how to replace animal protein in their diets, or maybe they’re nervous about trying new things. Being exposed to a diverse range of vegan meals and ingredients can help to set the learning process in motion. 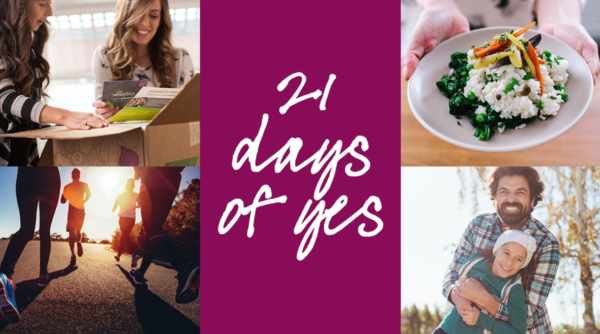 If you’re hoping to build that muscle memory–or to get back in touch with it after a period of struggle with food–the “Yes I Can” challenge is a nourishing and welcoming place to start. Today, I’m hosting a giveaway to offer one reader free access to the challenge, along with 21 complimentary, ready-to-eat vegan meals from Veestro!

The giveaway is open to all readers in the US (including Hawaii and Alaska), and I’ll be announcing the winner next Saturday, when I wrap up my own experience of the program and share my closing thoughts. You can enter below for a chance to win.

Good luck! I’m so excited for more people to share in this challenge. And I’ll be back on Sunday for the usual roundup of reads and recipes.

This post is sponsored by Veestro Foods and its 21-day “Yes I Can” program. All opinions are my own, and I think this wellness initiative rocks. Thanks for your support!