Happy Sunday, and thanks for welcoming Elizabeth’s brave and open Green Recovery Story to the blog this past week. I so appreciate the comments and supportive words, and I’m sure that Elizabeth does as well.

It’s been an interesting week. It began with an unexpected obstacle–something I didn’t see coming, or didn’t quite accept as it came. It has been a long time since I handled curveballs with grace. For me, struggling with anxiety means having to work very hard in order to access feelings of safety and stability. I can get there, but not without effort, and often only by arranging my circumstances in a particular way.

The problem with this pattern is that it’s a little delicate: I can handle things, but only my life is organized just so. There’s a constant sense of worry that, if things should happen to shift around unexpectedly, and I’ll be unmoored, cut off from the sense of calm that I’ve worked so hard to foster.

Yet that’s exactly what happened this past week: things shifted around. On Tuesday, I learned that my routine will be turned on its head, at least for a few weeks. And somehow, in spite of this, I managed to keep my cool.

Don’t misunderstand: my initial response was anything but elegant. There was tremendous resistance, the emotional equivalent of stomping my feet. But as the week went on I came to accept that there’s really nothing I can do to avoid this little plot twist, which means that it’s in my best interest to make the best of it. Whatever that means.

Making the best of things, accepting what can’t be changed and then moving on, is of course what I should be doing. It’s wisdom, or maturity, or adulting, or whatever you want to call it. But accepting or even embracing things as they are, rather than how I’d like them to be, is not exactly my speciality. And I’ve never struggled with it more than I do these days, as I continue to grapple with personal demons.

So, as I wrap up a weekend that was meaningful, productive, and pleasurable in spite of an unsettling week, I feel grateful for having mustered up the ability to roll with the punches, or go with the flow, or whatever it is I did when I decided to put down my arms and simply make the best of something I hadn’t planned for and didn’t want.

This is a kind of resilience that I’ve always valued and tried to foster in myself, but it has been a long time since it came easily to me. That I can still access it gives me hope, and it reminds me that adaptability is not something I’m not capable of. It’s just a sensation that’s difficult to unearth right now. The important thing is not to conclude that it’s beyond my reach, but rather to cultivate the patience and faith it takes to bring it to light.

This week’s recipe round up is full of soup and sweet things (apropos for the season), as well as a striking and very compassionate article on modeling body-love and body respect for kids–or for anyone. Hope you enjoy it. 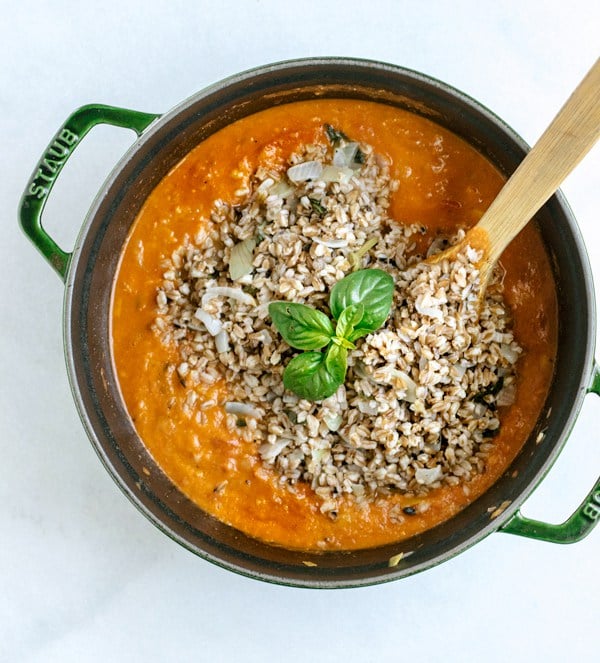 Soup season is officially here, and I’ve been stockpiling new recipes this week. Danielle’s farro tomato soup is one of my favorites, and I’m so glad that there are still tomatoes in season to make it with. 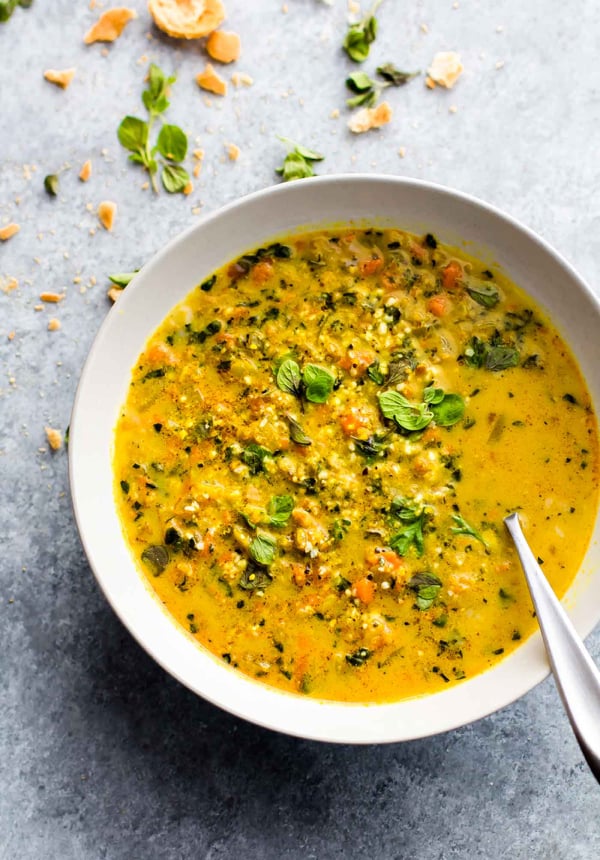 Another must make pot of goodness: Lindsay’s gorgeous curried cauliflower rice and kale soup. When I first saw this recipe, the cauliflower rice was so authentic looking that I didn’t realize that there’s no actual rice in the soup! I’ll probably add brown or white basmati rice to mine when I try it, but the cauliflower and curry make it a no brainer regardless. 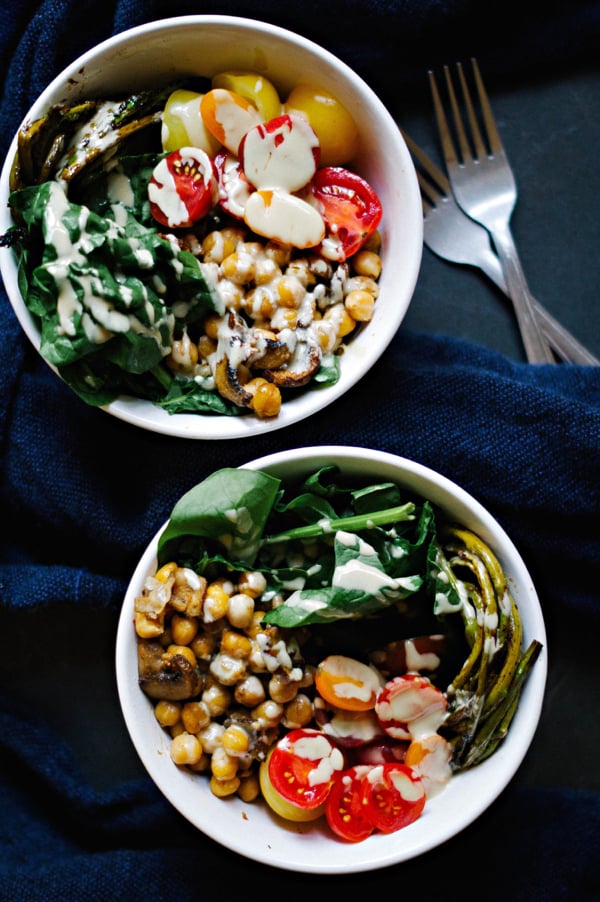 Maya’s roasted chickpea, mushroom, and wild rice bowls are so hearty, so full of umami, and so pretty to look at. An easy and cozy recipe for fall. 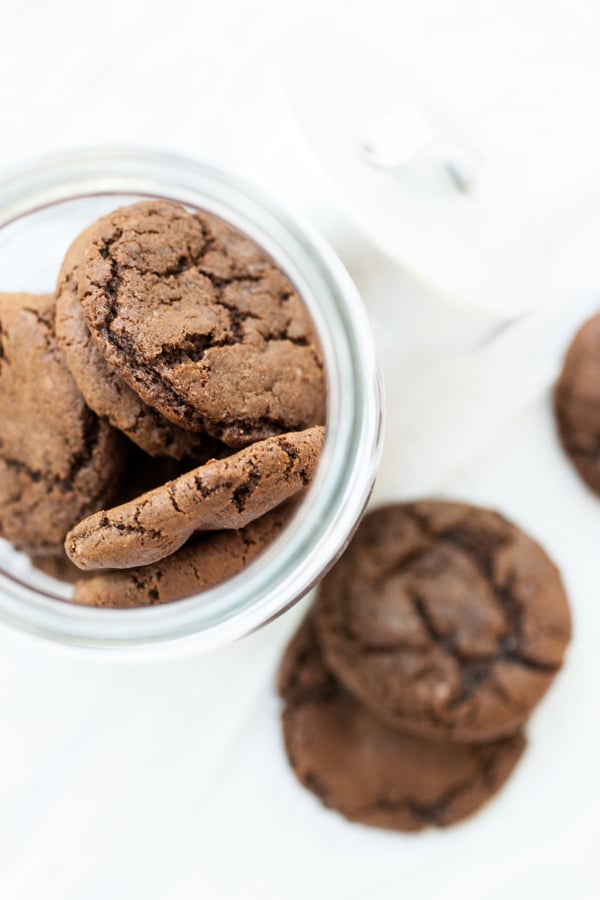 Double dessert this week! I usually don’t start bookmarking cookies until a bit closer to the holidays, but why wait? Kathleen’s maple molasses chocolate cookies look so chewy, gooey, and good.

1. This is a heart-wrenching link to begin with, but I was incredibly moved by it, and I wanted to share. Peter DeMarco thanks the hospital staff who cared for his young wife over the course of her sudden decline and untimely death following an asthma attack.

We often hear about the callous or unfeeling treatment of patients within hospital settings, so it was heartening to hear about the generous, compassionate gestures and actions that helped to ease DeMarco’s grief as he stood vigil by his wife’s side. That he can summon up so much articulate gratitude in the midst of his mourning is striking. And the article certainly puts a lot of things into perspective, at least for me.

2. Much is written about failure, but as the author of this article notes, the advice is often doled out by people who are notably successful, or even famous, as they reminisce on their earlier stumbles. Inspiring though this may be, it can also miss the mark, because it still frames the experience of failure as something that happened and was surpassed en route to triumph.

I’m of the mind that failure, in and of itself and regardless of whether or not one succeeds differently later on, is valuable. At least it has been for me. I don’t only mean small failures, the missteps and errors in judgment that we ultimately write off as being “mistakes” (which, we’re told, everyone makes). I mean big failures, colossal failures. I mean trying your best and giving it your all and failing anyway, or making an error in judgment that was too profound to write off as customary human error.

That’s what my post-bacc was, and no other life experience has conferred on me a greater sense of resilience or appreciation of what my life is when I strip it of my goals and wants. It was phenomenally painful, and now, a few years later, I can say honestly that I’m so glad it happened.

So I appreciate Bene Cipolla‘s words on failing big. I especially like this conclusion:

What feels most honest, to me, is to consider the possibility that failure is a richer and more intriguing experience than I’ve given it credit for. Perhaps it’s not a stage that I ought to move through as quickly as possible, but a place to hang out for a little while.

That bit about “hanging out for a little while” is, I think, the toughest part. For me, failure is always something to be survived and recovered from quickly, something I rush to contextualize and then strategize past. But the experience of failing at something is a particularly rich one. It can teach us about who we are and what we truly want; it can show us how our conceptions of ourselves might be faulty or out of step with who and how we truly are. I’m not suggesting that we wallow in it, but I do believe that there’s much to be learned from experiencing it fully, and remaining open to the possibility that we stand to gain more from the failure than we did from whatever it is we failed at.

3. VegNews magazine reports on an interesting study on the impact of food marketing on empathy, especially as it relates to meat-eating.

4. A new report on how medical studies–in particular, the meta-analyses that are often considered a gold standard for quick reference–can be tainted by funders’ influences. I hope that the proliferation of reports like this one help to create better and more rigorous standards of impartiality within medical research.

5. There’s a lot of advice out there about how to encourage kids to value their bodies. I read about it through social media, in magazines, and I even come across research in my graduate studies. The pieces of guidance that feel most impactful and sensitive to me always focus on behaviors that parents can model themselves. If we want our children to grow up respecting their bodies, we must work on respecting our own.

Lisa McCrohan, a psychotherapist who focuses on somatic experiencing, has some wonderful things to say on this topic. I love that her advice is focused on cultivating the parent’s capacity for self-care first and foremost: “treat yourself with compassion” is her number one offering. But her other advice–“heal the hurry,” “bring soften into your everyday vocabulary,” and “show your children how to rest”–are valuable, too.

I also like McCrohan’s emphasis on gentleness, which is a quality that so often gets lost in our contemporary lives. She writes,

Like compassion, gentleness has transformative power. Gentleness is both soft and strong. By bringing gentleness into situations where we are often prompted to become harsh and controlling, we support connection.

How? Trying asking yourself: “What would ‘practicing gentleness’ with my body look like in my life? What would it look like in my children’s lives?” Is it to go at a slower pace in the day? Is it to use a softer, more accepting tone of voice? Is it a gentle hand on your child’s shoulders when he or she is feeling anxious?

While this blog post is geared at parents, I think it can apply to all of us, because the behaviors that McCrohan is suggesting we model aren’t only valuable to children. They’re valuable because, if we all cultivate them, they can help us to create a culture in which body acceptance, respect, and self-care are a norm, rather than an exception.

A few years ago I vowed to stop putting my body down and making remarks about my shape or appearance. This wasn’t for me, though it did ultimately prove to be an important step forward in personal body-respect. It was because it finally hit home for me that part of the reason that body hatred and self-loathing are so prevalent is because they’re so socially acceptable. Each time we make a joke or say something uncaring at our own body’s expense, we contribute to a culture of body shame. I’d thought that my self-deprecating remarks were only hurting me (as if that would be acceptable, even if it were true), but I realized that they were strengthening a kind of vocabulary that hurts everyone.

I like articles like this one because they emphasize the fact that self-care does not only benefit the individual; it touches everyone on whom that individual ultimately makes an impression. This might be kids, but it might also be a friend, colleague, niece, nephew, or even a passing acquaintance.

I hope you enjoy the reads, everyone. And there’s some great stuff ahead on the blog this week, including a new, autumnal baked treat (yes, I’m on a baking kick) and a new nutrition primer (similar to this one on calcium). Till soon!