My closest friend from college and his fiancé were in town this weekend, and I had the pleasure of having them over for brunch on Saturday. I whipped up the butternut black bean enchiladas from Power Plates, along with a big salad and a pot of coffee. The three of us had a happy few hours of eating, catching up, chatting about the wedding next fall, and connecting.

When they left, I had the same feeling of loneliness that often hits me when I’ve just said goodbye to visitors. This is a relatively new feeling for me, as far as feelings go. For most of my twenties and the first couple years of my thirties, I relished my solitude. I liked hosting friends, but I was always secretly relieved when they went home and I had my space to myself again.

It’s different nowadays. I still enjoy my quiet time, but whereas my solitude used to feel juicy and pleasurable, it now often feels uncomfortably empty.

I’m thinking about this because, in about a week’s time, it’ll be two years since Steven moved out. Much as I’ve grown in the time since that breakup—in spite of all I’ve learned—that split changed my life in ways that I’m still adjusting to. One of them is a changed relationship with solitude, which doesn’t register as the pleasure it once did.

In the wake of that breakup, I spent a lot of time scouring blogs, books, and emails for comfort and advice. Much of what I read and was told about healing the heart, moving on, and readying oneself for future partnership implied that the trick is to find contentment with one’s life as it is. Including and especially the state of being on one’s own.

This is probably great advice. But, if I’m being honest, it always rings a little hollow. It’s difficult to find contentment in solitude when one is aching for partnership, which I am. I gather I’m not supposed to be aching for it. According to some sensible-sounding experts, I’ll never find it until I feel completely whole on my own. But the ache is there, all the same. The thing that made this particular breakup so difficult—the thing that still makes it difficult—is that the relationship was my first taste of longterm cohabitation with another person. The degree to which I liked it took me by surprise.

I’ve always spent a lot of time on my own. This was true when I was growing up (only child, hardworking single mom) and all through college and my early twenties. I suspect that my eating disorder compounded this; I usually preferred being alone with my food routines and fixations to being with friends or partners. Much of the solitary inclination, though, registered as a positive, as an expression of my independent nature and my capacity to find contentment in reading, cooking, and daydreaming.

When Steven and I moved in together—a first for me at thirty-two—I was nervous. What would it be like to share my space, my mealtimes, and my schedule? Would I irritate him, or him me? The answer was yes, obviously. Couples get on each other’s nerves. But for the most part, cohabitation was sweeter and more fulfilling than I’d imagined. The rhythms of waking and sleeping with another person, having shared concerns, tackling life’s little difficulties and talking through challenges, and especially the joy of having someone to share my food with for the first time in my life: I loved it, even at its most perfectly imperfect.

Now I find myself back on my own. It’s been nice, at times. Right now, with the DI and all of its stresses, it can be a huge relief to come home to an empty apartment, put my feet up, and do as I please. But it isn’t the same as it was before. It’s quieter than it used to be. And in spite of it all—in spite of a home space that I love, good friendships, a fulfilling relationship with food, hobbies that keep life interesting—I can’t help but feel that something’s missing. One day, if my life is more intertwined with other lives, I may look back on this period of freedom and kick myself for not having appreciated it fully enough. But I’d be lying if I said that I want to be this untethered forever.

The good news, I guess, is that I’m keeping the door open to change. It took me a while to date again, but I’m now in the swing of it. As anyone would probably tell you, dating in the day and age of dating apps is deflating and exhausting a lot of the time. (In my experience, 90% of the time.) But the longer I date, the easier it becomes for me not to take it too seriously. It’s no small thing for an introvert like me to be putting herself out there as consistently as I am, especially since the DI leaves me so little free time. But I’m doing it, I really am, inevitable lousy dates, miscommunications, and mismatched feelings aside.

Today, as I consider these past two years of independence, I realize how far I am from the kind of post-breakup, phoenix-rising-from-the-ashes success story I’d like to tell. I’ve come a long way, but I’m still sad and angry sometimes. I often covet and idealize lives different from the one I have—specifically, partnered lives. I’m not above envying my married friends, even though I know that marriage is its own great feat of hard work and faith, far from a panacea or a barrier to loneliness.

I’m more at peace with the past than I was two years ago. I’m less inclined to feel sorry for myself or to see myself as a victim of what happened. The DI has encouraged me to put my self-care skills into action, and I get better with them all the time. I have a ways to go with the whole contentment business, but the past six months have taught me a lot about gratitude, which is something. It’s more than something, actually: it’s a lot.

It wasn’t a divorce, we didn’t have a child, and we hadn’t even been together for more than five years. But that breakup two seasons ago impacted me in ways others hadn’t, because it gave me a taste of what companionship and a vision of a shared future can feel like—what trust can feel like, too. The unexpected loss of those things knocked me off my feet, and I haven’t quite found my footing since.

Maybe I’m not supposed to have. Not yet, anyway. Maybe the disruption and struggle are encouraging me to be open to connection—to seek it out, even—in a new way. If this is true, which I hope it is, then one of the pieces of post-breakup wisdom I’ve heard most often in the last couple years is also true: I’m right where I need to be, whether it makes sense or not.

Thanks for two years of company, support, and for very often being my reason for keeping my chin up and moving forward. I am so very grateful for you all. Here are some recipes and reads. 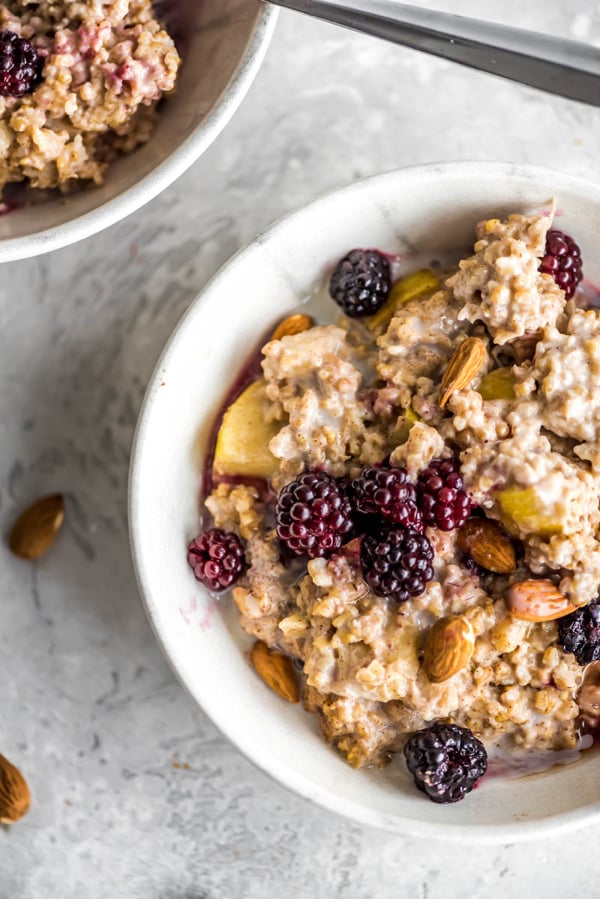 A new baked, steel-cut oatmeal dish to power me through mornings at my internship. 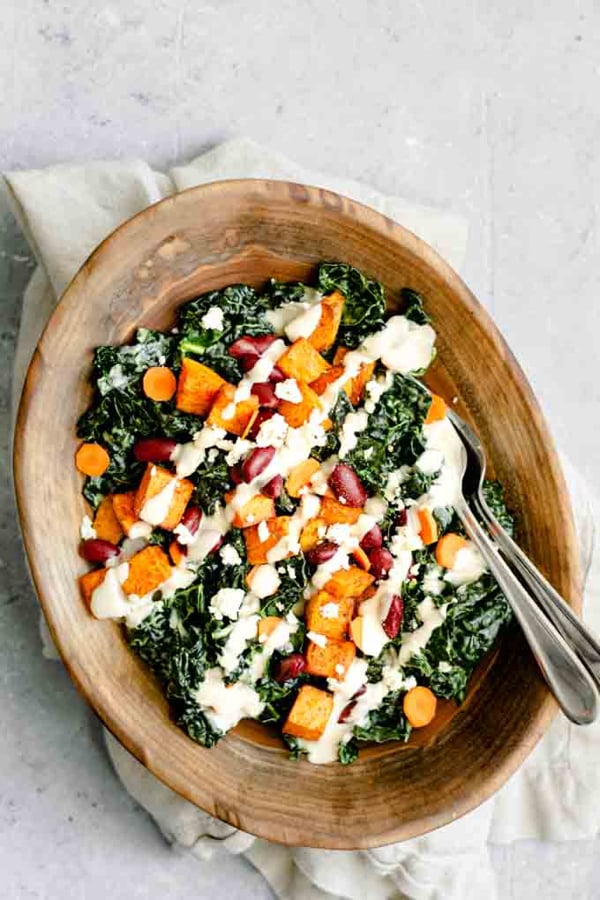 Nothing beats a colorful kale salad in the dead of winter, and Eva’s latest creation looks so appetizing (to say nothing of the roasted garlic dressing that goes on it). 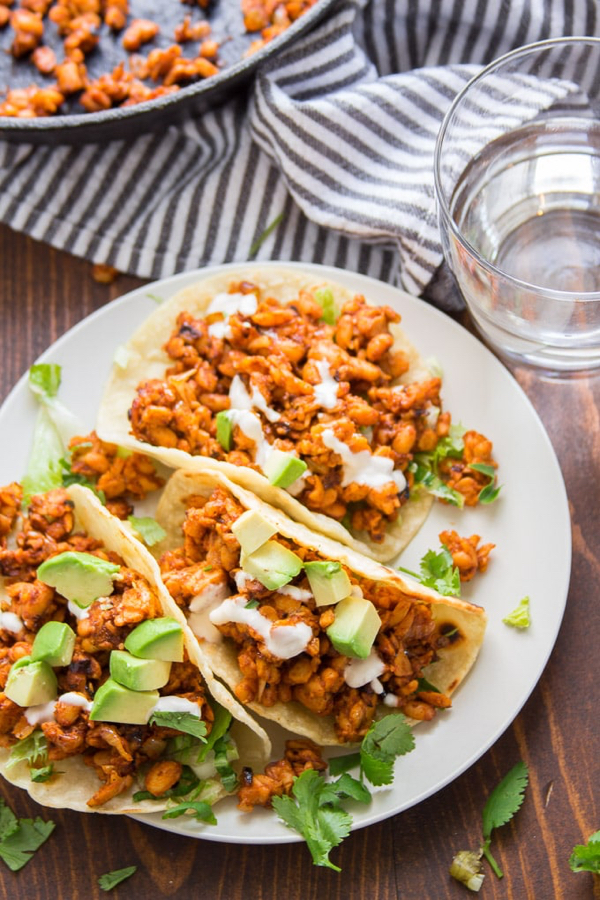 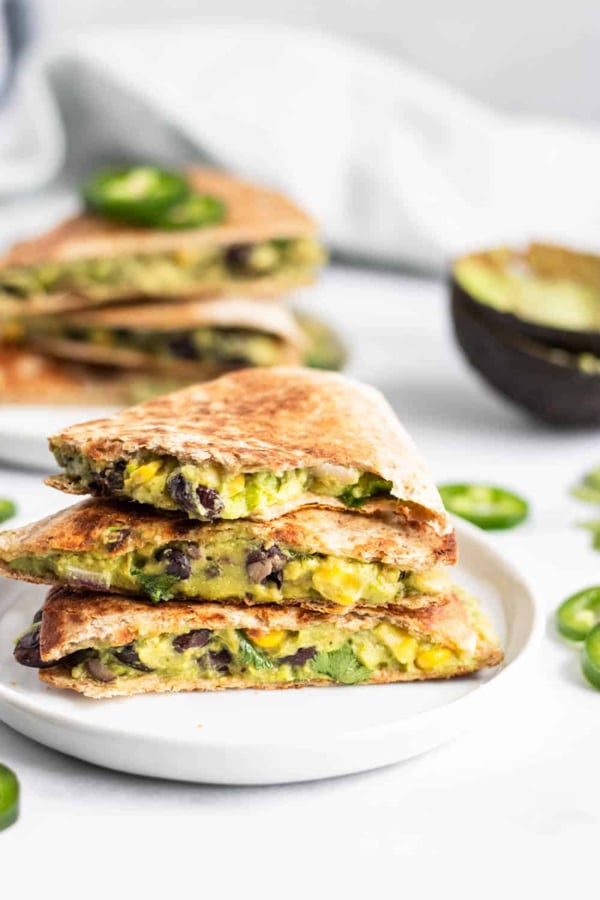 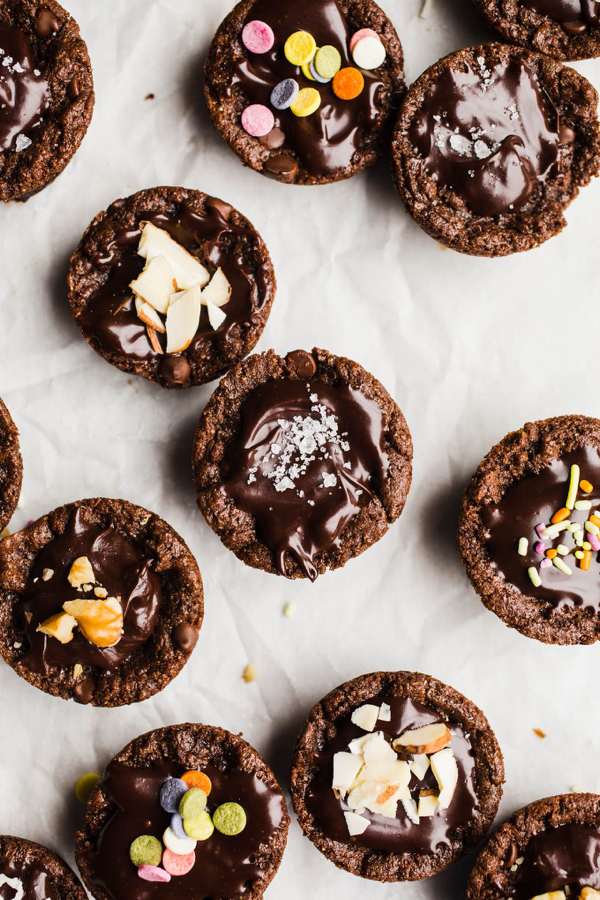 I wonder if Tessa would ship some of these vegan, gluten-free brownie bites to me? They look delicious, and perfectly snack-sized.

1. Since my current rotation consists mostly of diabetes counseling, I was super interested to read this article on a possible robotic capsule for insulin administration in the New York Times.

2. A new Dutch study suggests that meat consumption may be linked to a higher risk of non-alcoholic fatty liver disease.

3. This essay about the true meaning of self-care was published last spring. A friend sent it to me, it resonated, and I forgot to share it. Another friend emailed me the link this week, which means that I’ve officially been reminded! Worth a read.

4. Important reporting on Strep A, a pathogen that’s usually treated early in the US with antibiotics. In other parts of the world, treatment is far less accessible. One of the potential complications of Strep A infection is rheumatic heart failure, which is often fatal. Mosaic magazine looks at this overlooked, yet devastating health issue and examines why a vaccine, which experts say is feasible, isn’t a reality yet.

5. One scientist explains why she wears a pink hard hat for fieldwork, even when it’s greeted with hostility.

Wishing you a week of fulfillment on your own and with your people, whomever they are. Sending love, and I’ll be back around here in a few days with a new winter squash recipe.

I’m drafting this post from a room that’s only a few blocks away from where my old apartment used to be in Washington, D.C.. I’m down here because my cousin’s twin babies were baptized over the weekend, and my mom and I made the trip to celebrate them. It’s a short trip, only two nights. My hope was to come down earlier and spend time catching up with my friends here, but with all of the recent feeling unwell, I wanted to spend…

Happy Sunday, everyone. I’m settling back into the swing of things after a little departure this week: a couple days upstate, at my best friend’s family home. Those of you who have been reading the blog for a while know that my oldest and closest friend, Chloe, lives in New Orleans, but we grew up together here in New York. Her family home, two hours north of the city, has always held special meaning for me. It was a place I went to often…