This whole business of self-compassion is most definitely a practice, which (for me, anyway) means days that come easily and days that don’t. Yesterday was a difficult day. I forgot something relatively important, which I should have remembered (and had set numerous reminders to myself about), which set off a spiral of anxiety about feeling unproductive, disorganized, etc.

This is a typical cycle for me: giving myself a break, often because I’ve gotten sick, and then undoing a lot of the gentleness with a subsequent panic about what hasn’t gotten done. The inconsistency in my productivity and motivation, the cycles of procrastination and doing, is something I’m still working on—and I know that burnout has plenty to do with it. But enhanced insight has yet to lessen the worry that I feel when it seems as though I’ve fallen behind. And the DI creates more deadlines, paperwork, and logistics than usual.

I do think I’m becoming more adept at breaking the familiar cycle once it starts. At the heart of this is the fact that I don’t want to waste any more time than I already have with the exhausting business of self-blame. In the past, I suspect that negative self-talk and self-censure was so much a part of my way of being that I was attached to it, whether I knew it or not. I feel very differently these days—aware that we’re all our worst critics sometimes, conscious of the fact that all behaviors take a while to change, but very ready to change this one.

Yesterday I spent my afternoon feeling especially rotten about myself. It didn’t take me long to realize how much I didn’t want the remainder of my Saturday to follow suit. I downloaded Kristen Neff’s book, which had been on my wish list for a while. I spent some time with it, and with Sharon Salzberg’s introduction. Then I met up with a friend for dinner before attending a kirtan at my yoga studio.

In spite of the fact that I’ve never been much of a singer—not for karaoke, not even in the shower—I love kirtan. I can’t think of too many life experiences that give me more joy than mantra and song with my spiritual community, and last night was no exception.

My friend and I were running late (as always), so the music had already began when we arrived. I found a blanket and joined in the song with something that felt a lot like glee—I haven’t been able to practice yoga with regularity this fall, and I’ve missed my home studio more than I realized. I didn’t know how much I was craving the company of my fellow yogis until last night, nor did I understand how starved I’ve felt of a sense of devotion to something bigger than me.

I spent the next two hours singing, clapping, snapping, and occasionally jiggling a tambourine in celebration. Celebration of what? I don’t know—the kirtan had a new year’s theme, but I wasn’t really thinking about the transition from last year to this one. If anything, I was celebrating the practice of new beginnings, which is personal and unattached to the calendar. I was celebrating the fact that my day could have felt a certain way, and a mere four hours later feel so differently. I’ve been ruminating lately on the power of starting fresh with each breath, each new moment, and last night felt like an embodiment of that possibility.

Most of all, though, it was a celebration of shared voice and song. And it reminded me that, while my practice of self-care often looks like taking it easy, resting, giving myself the gift of solitude, cancelling plans to take it easy, etc., that isn’t always what’s needed. Sometimes the best medicine is for me to step outside and choose to be with my community. I sometimes forget what a gift it is that it’s there. We’re all stumbling and celebrating, on our own and sometimes, if we’re really lucky, together.

I’m starting this new week with a sense of lightness and gratitude—and lots of video clips of last night’s music on my phone, which I’ll watch whenever I need to be transported back to the feelings I felt at the kirtan in the days ahead.

I wish you some inner or outer music of your own. Here are some recipes and reads. 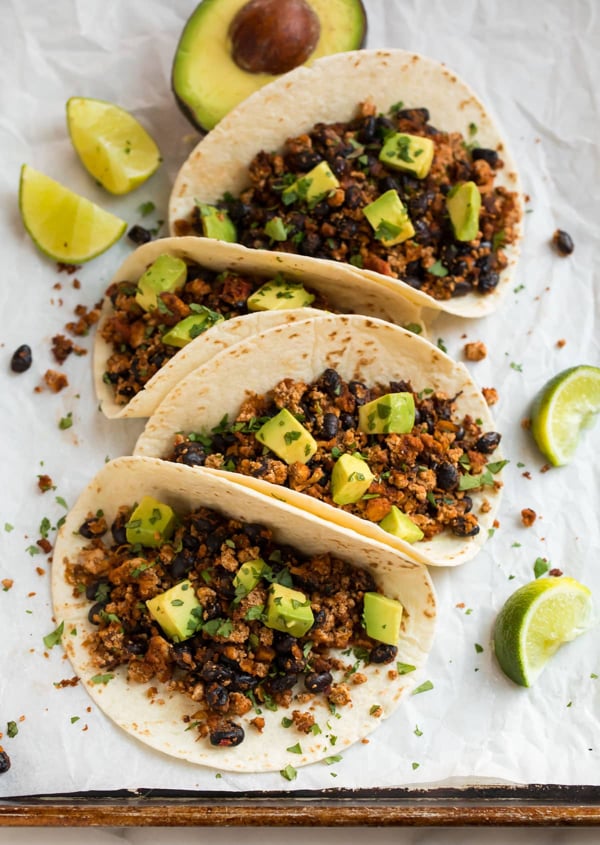 I think I’ve met my next vegan breakfast taco! 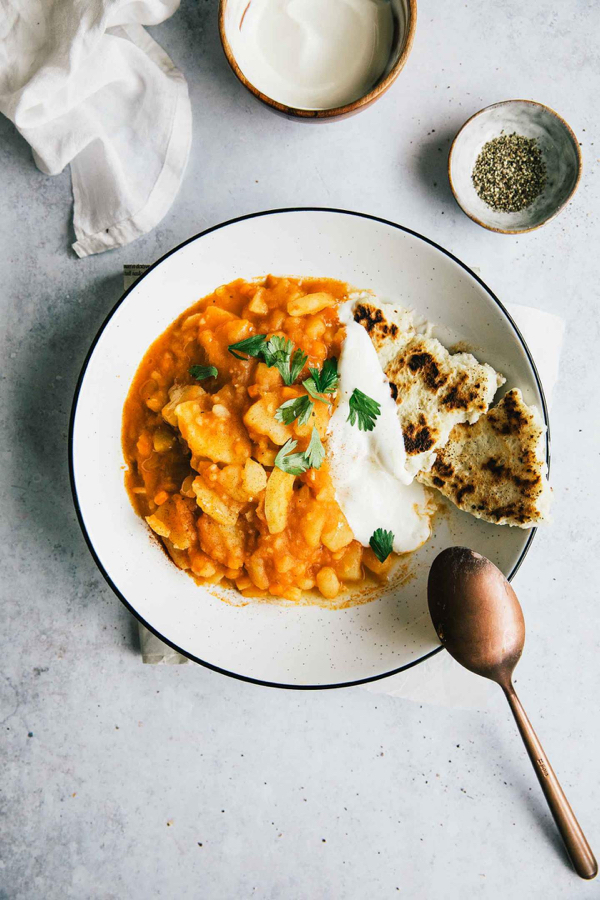 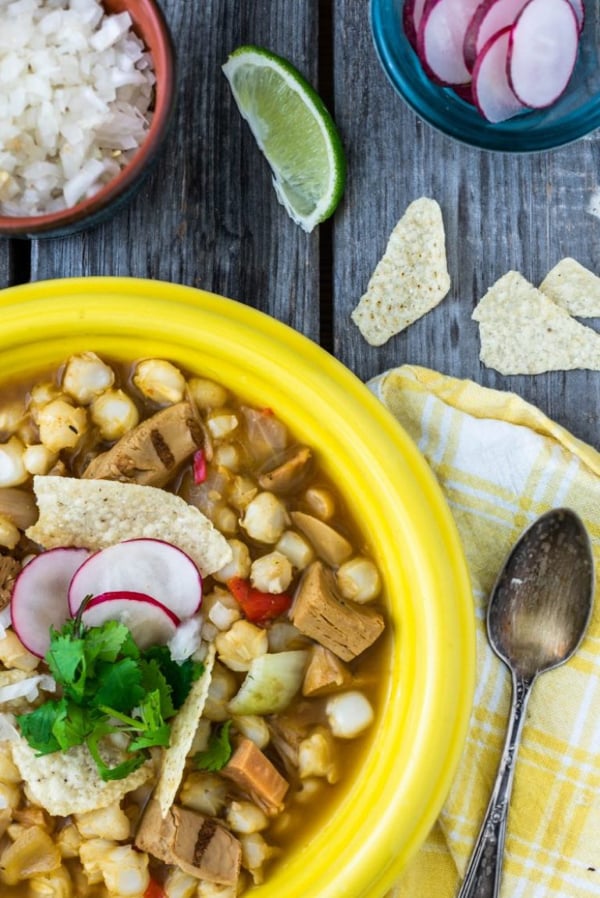 I love the looks of Steven’s protein-rich Southwestern vegan posole. 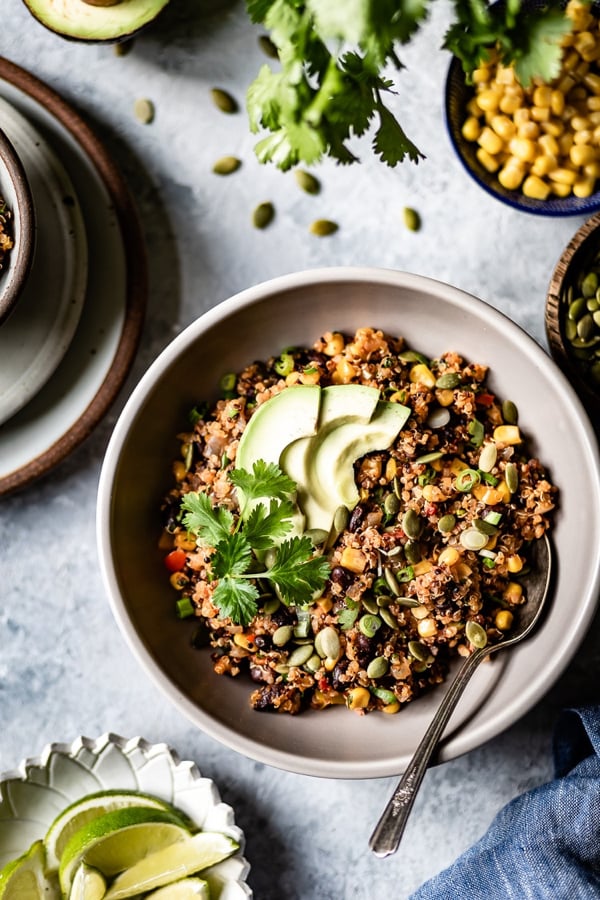 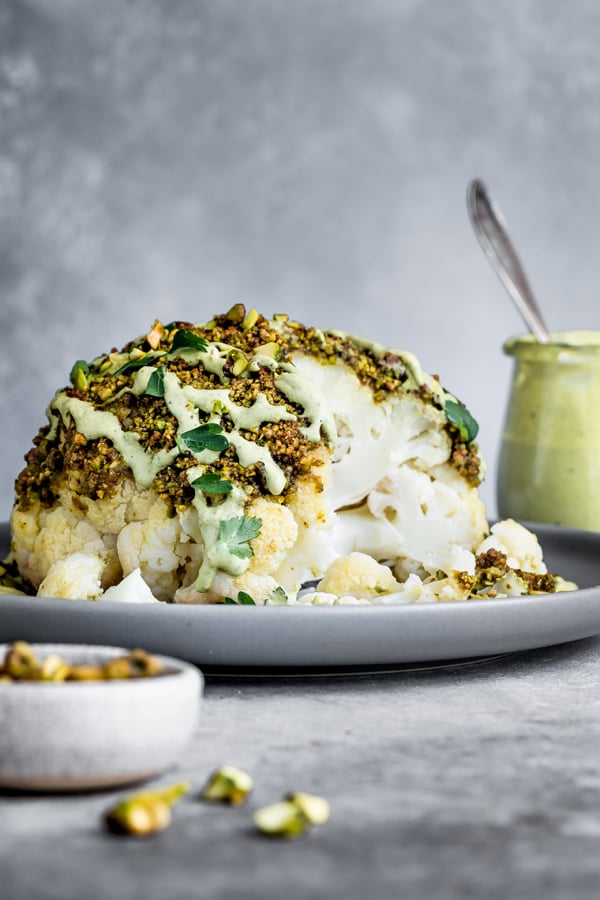 Finally, Sarah has created one of the most beautiful whole roasted cauliflowers I’ve ever seen!

1. On the topic of burnout, a few readers have sent me the link to this Buzzfeed article now. I’ve found it to be, just as they did, incredibly relatable.

The article identifies a constellation of struggles, but especially a difficulty in managing everyday tasks and errands, that I’ve had a hard time owning up to. Why? Because the whole issue feels incredibly embarrassing (why should so-called adulting be so hard for me?), and because until now I understood it solely as a symptom of my depression, when I could admit to it at all. I may be much less alone than I think I am.

I don’t want to say too much, as the article’s worth reading in its entirety, but I did especially love this quotation (underscored to me by a reader and friend who was compelled by it as I was):

But for the first time, I’m seeing myself, the parameters of my labor, and the causes of my burnout clearly. And it doesn’t feel like the abyss. It doesn’t feel hopeless. It’s not a problem I can solve, but it’s a reality I can acknowledge, a paradigm through which I can understand my actions.

2. A fascinating look at alpha-gal allergy—which makes people allergic to animal meat and anything derived from an animal or its excretions—and its link to tick bites.

3. This interesting article reports on biomusic, an interface that allows for detection of anxiety or other emotions via physiological signals. It holds special promise for researchers and caregivers working with patients who can’t communicate through motion or words.

4. This New York Times article describes early research on the power of expectation or belief to impact satiety and the capacity to exercise. It’s one intriguing experiment only, and the results—which point to belief/expectation as vying with genetics in mediating the food/exercise-related measures—don’t mean that genetics are unimportant.

Still, I paid attention when I read this, as it’s long been my observation that strong beliefs and outcome expectations (for example, the idea that one’s relationship with food is incurably damaged) can reinforce struggle with eating and fitness.

5. It’s taken me years—and a lot of failed baking experiments—to figure out this critical distinction.

Speaking of Taste, the magazine has helped to make possible an awesome ebook promotion of Power Plates! For the next week, the Kindle version of the book is only $2.99, which makes it a great deal. If you’ve thought about getting the book but have been deterred by the price point, if you’d like to explore the recipes before or without investing in the hard copy, or if you’re a fan of cooking from your Kindle in general, you can check the promotion out here 🙂

Happy Sunday, friends. I’ve got an awesome, healthful cookie recipe coming your way in just a day or two!

This week has flown by, as weeks before or after big holidays tend to, at least for me. I was pretty sick the week before Thanksgiving last year–an unwelcome visit from acute gastroenteritis–so I never had a chance to really plan or enjoy a vegan menu for sharing. I barely managed to get my vegan sweet potato and lentil shepherd’s pie ready for dinner at Steven’s grandmothers’ place. I’m feeling well this year, which means that I can indulge my usual excitement about…

In honor of the long weekend (and because my boyfriend and I found ourselves ensnared by a mini-marathon of The Americans last night), I’m posting Weekend Reading today. I hope you’ve been enjoying this Labor Day, and whether it’s a holiday for you or not, I hope that you’ve been having a wonderful Monday. It’s about 90 degrees and humid here in NYC, but I’m still getting kinda excited for oatmeal season. Katie’s blueberry maple baked oatmeal looks like just the thing for…