So happy that the “12 finds” idea appeals to you guys — I’ll certainly be making it a regular feature from now on. Thanks for your comments!

And here we are, just in time for some weekend reading. 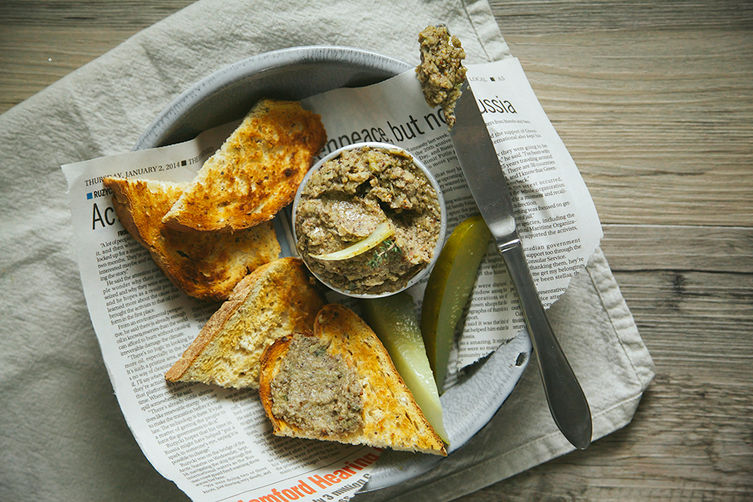 To start with, Laura–who writes the marvelous blog The First Mess–has created a vegan fennel and mushroom pate for Food52. What?! Sign me up immediately. 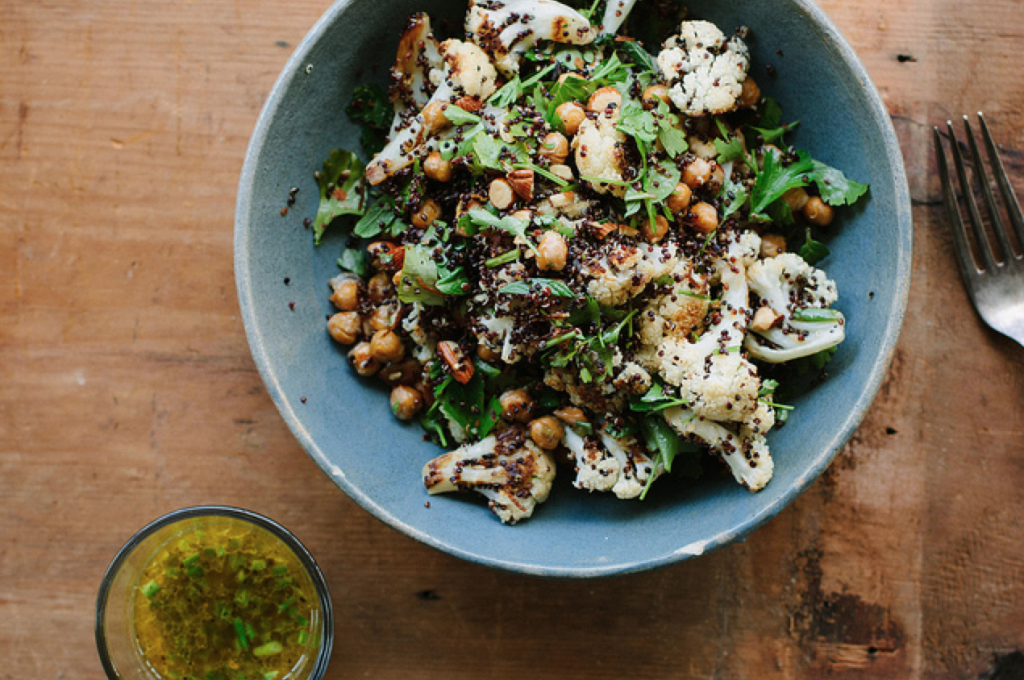 Meanwhile, Emma, who writes the adorably titled My Darling Lemon Thyme, has a roasted cauliflower, chickpea, and quinoa salad with jalapeno lime dressing that is the very definition of a meal sized salad. Yum. 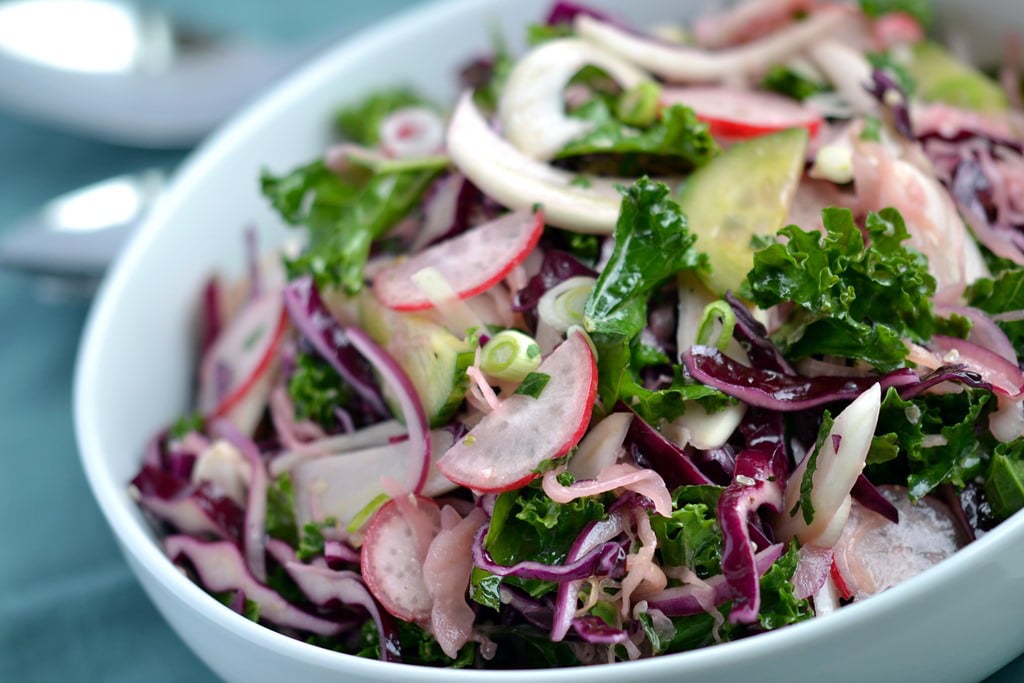 Another Emma–the lovely Emma behind Coconut & Berries–is making my mouth water with her super sauerkraut slaw. 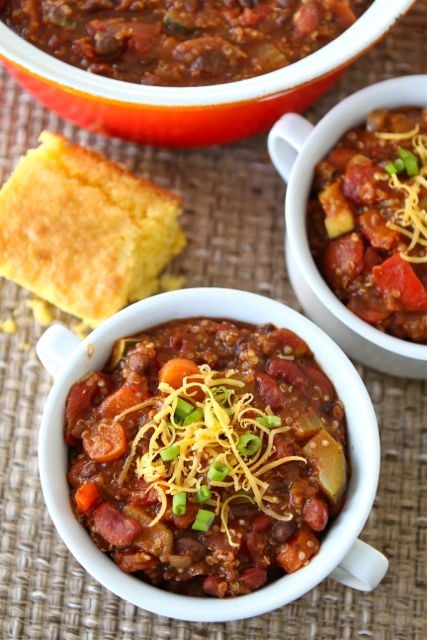 If you’re already compiling a SuperBowl menu, I recommend checking out Maria’s vegetarian quinoa chili, which looks hearty and full of texture.

And since Superbowl parties are all about finger food, consider Meg’s beautiful and healthy miso and red curry glazed delicata squash fries.

If you guys can handle an honorary link, then listen up: this week I was delighted to share a recipe on my friend Jackie’s site, Vegan Yack Attack. Jackie is an incredible photographer and blogger, a really cool person, and a compassionate, inspiring force in the vegan community. I was delighted to be her guest, and the salad I shared was (I hope) worthy of the honor. 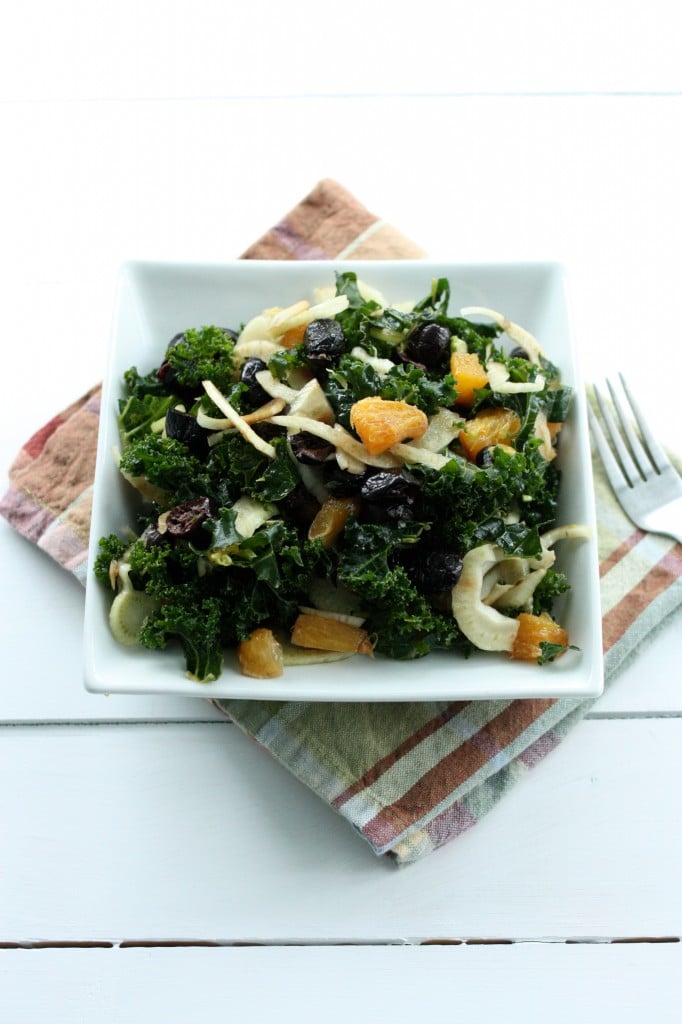 It’s a raw kale salad with olives, fennel and orange, and it’s a beauty. Check it out.

1. Apparently, Google has unveiled a smart contact lens that allows diabetics to monitor their blood glucose levels. So. Cool. It doesn’t seem to be the first attempt at such a device (tears are actually a very good indicator of glucose levels) but this may be the one that can take off.

2. Since I mentioned new findings on multivitamins recently, I thought I’d share this post, which tackles not only multivitamins, but the issue of fraudulent labeling of other sorts of supplements as well. It’s impassioned, but it’s also comprehensive and clearly well researched, and I found it interesting to read.

3. On the topic of health, and medicines, the FDA has asked health professionals to stop prescribing high dose acetaminophen (which is the active ingredient in Tylenol). Read the LA Times’ coverage here. It’s also worth reading these five facts about the drug (which does not present the same risks in low doses) via CNN.

4. Switching gears, my friend Abby wrote a really interesting article about body image and body shaming from the perspective of someone who is underweight (not by choice, but rather due to a constellation of struggles she’d very gladly put behind her, and works actively to manage). While a great deal of my own writing about/focus on body shaming focuses on the shaming of bodies that are regarded as overweight, I believe that any kind of thoughtless body commentary is inappropriate and potentially destructive to the people who have to hear it. Abby brings up that oh-so-common phrase–“real women have curves”–to boldly remind us that, whatever it is that defines a “real woman,” it is no particular sort of shape or form. The comments she got were interesting, and I thought my readers would want to check them out.

5. Another one of my favorite women, the lovely Sarma, has written an article about New Year’s Resolutions that practically had me standing up and cheering. Resolution fervor may have died down a bit, but so far as I can see popular culture is still brimming with the guilt and self-loathing that too often comes hand-in-hand with January goal setting. So, go and read this, whether you’re feeling icky about resolutions or not. Sarma has always been an inspiration to me when it comes to a balanced, realistic, and wise approach to body image and eating, but this post demonstrates tremendous, ongoing growth. A favorite quote:

…I’ve finally learned that the most destructive part of all is that pressure you put on yourself. The extra slice of cake you ate isn’t going to make much difference at all. The self-hating over it will.

Speaking of expressions, one of my least favorite is “getting back on track” … blah! Again, do you really want to live your life perfectly “on track” all the time? And then berate yourself if you go “off track”? It’s too rigid and doesn’t allow for much fun. If you step “off track” it implies you’ve messed up, and that there’s something wrong about what you’ve done that needs correcting. If you go “off track” then you’ve been… bad? Hell no.

I don’t have much to say to that, except “yes.” I’ve been thinking a lot about these things lately (the idea of perfection, and the aspiration to be disciplined, and how badly they cut into pleasure), and I couldn’t agree more. Sarma closes by sharing a fabulous quote from newly elected vegetarian Senator Cory Booker, which apparently made its way to Twitter:

I’ll add my own admiration of that sentiment to Sarma’s, and give all my agreement to the words she closes with: “So, if anything, make a resolution to be kinder to yourself. And carry on.”

Carry on, friends. And goodnight.