Happy Sunday, friends! I hope you’ve been enjoying the weekend so far, and if you have tomorrow off, I hope you’re resting and enjoying a little extra free time. I’ll be working with clients on Monday, but with exams behind me, I’m taking some time this weekend to catch up with a few friends and to have a much needed date night with Steven (between work and school, he and I have been ships crossing this week!).

Here are some reads and food images that caught my eye this past week. 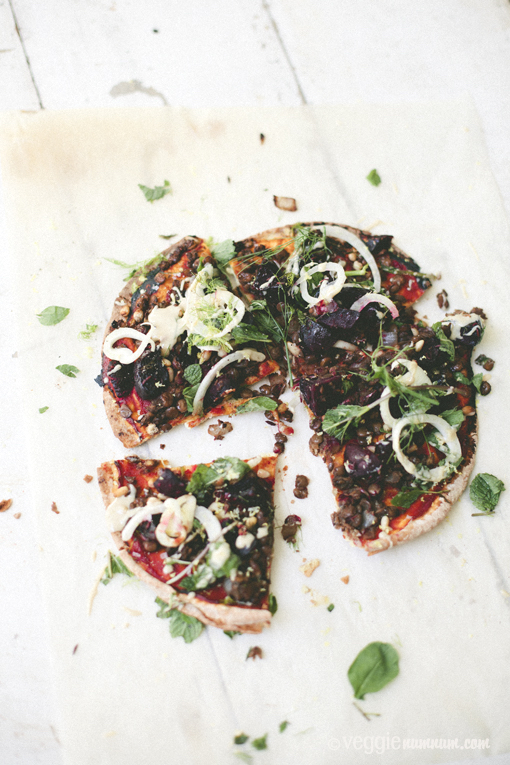 This moroccan lentil pizza with pickled baby beets, fennel, tahini, and mint from Veggie Num Num is bursting with flavor and texture. It would be such a perfect (and beautiful) appetizer to serve to friends at a dinner part or casual get-together. 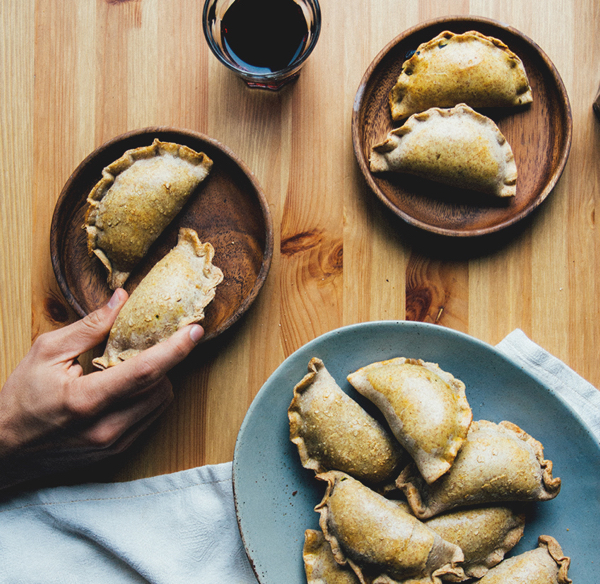 Pumpkin madness is in full swing, and these amazing, smoky pumpkin empanadas from From the Land We Live On are a perfect way to get your fix. Just omit the egg wash (or a light wash of cornstarch and water) to make them vegan! 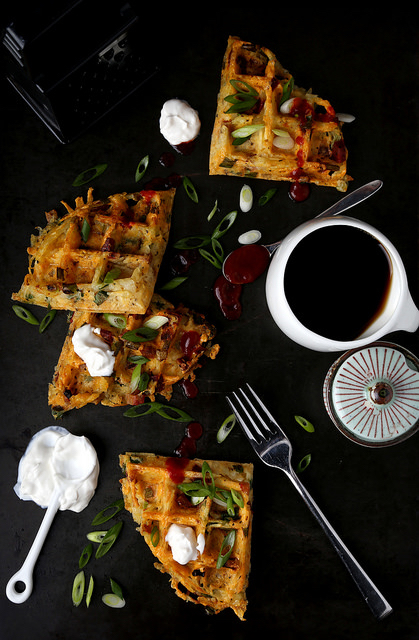 A scrumptious recipe for your next vegan brunch spread: baked potato hash brown waffles, courtesy of Olives for Dinner. Fully loaded and hearty! 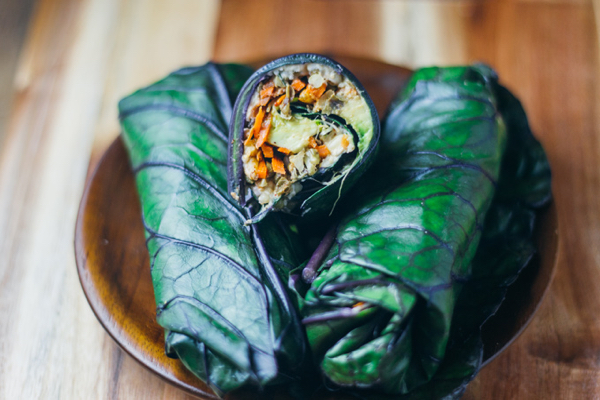 I’ve never thought to use brussels sprout leaves as a veggie wrap, but this post from Rooting the Sun is making me rethink that! The wraps feature a super creative turnip and rosemary hummus, and they’re such a nice alternative to collard wraps. Can’t wait to try them. 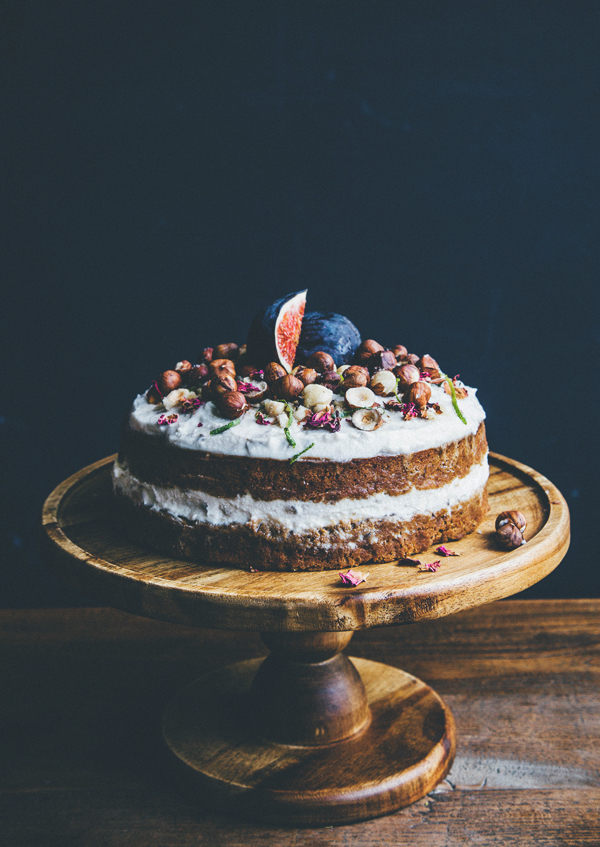 Finally, this rose lime chai cake with banana and hazelnuts from Nourish Atelier is so beautiful and artful that I’d almost feel bad eating it…but I’m sure that wouldn’t stop me. Lovely.

1. First up for reads, good reporting from Buzzfeed on the struggle that many transgender people still encounter when it comes to health care–and some hopeful news that things are becoming more equitable.

2.  A really cool article, via the Atlantic, about a new technology, known as VirCapSeq-VERT, which can detect all known human viruses in a person’s bloodstream during screening. By searching for thousands, perhaps millions, of viruses at once, it can help to improve the precision and speed of viral diagnosis.

3. Buzzfeed’s Kirsten King and Haeijin Park have collaborated to create what I think is an important and touching set of illustrations about the difference in how mental and physical illness are perceived and treated. Of course, no two cases of mental illness are the same, and the authors don’t suggest that there is a single, appropriate response to another person’s pain or suffering. But they do call for more empathy and compassion and less preformed judgment, and they make good points about the degree to which mental illness is still treated as a “frame of mind” or an attitude that can be controlled.

4. A fascinating interview with Margaret Wertheim, a science writer, artist, and cofounder of the Institute For Figuring—“an organization dedicated to the poetic and aesthetic dimensions of science, mathematics and engineering.”

Wertheim and her twin sister, Christine Wertheim, have developed a dynamic, multidisciplinary project called the Crochet Coral Reef. At this time, it has 8,000 active participants in a dozen countries, which makes it one of the largest art and science projects in existence. The Crochet Coral Reef invites participants to crochet corals, which in turn allows them to explore hyperbolic geometry, which governs many surfaces of oceanic species, including coral and kelp. It is an alternative system to the Euclidian geometry that most of us learned as students, one which emphasizes “negatively curved” geometric space, rather than flat spaces.

“The mission of the IFF is to engage people with science and mathematics by looking at the poetic and aesthetic dimensions of these fields. In the classical sense, the IFF wasn’t conceived as an art and science project where one decides on a scientific subject, say nanotechnology or cosmology, and then recruits artists to engage with it. The IFF’s mission is rather different. I ask: How can we use techniques from both science and art to produce objects that have scientific or mathematical content but are also aesthetically wondrous? It has become an “art and science” project by virtue of the fact that most of the places we work in are art galleries. But the whole thing was conceived as a science outreach project.”

5. I am sure that many of you have heard that, after much debate and what seemed like promising support and traction, sustainability will not be included in the 2015 Dietary Guidelines, issued by the United States Department of Health and Human Services and the USDA. We’ve been following this development closely in my Nutritional Ecology course, and so I’ve taken a strong interest in the proceedings and amassed a lot of reading material. I’ll share some of the links, as well as a quick summary.

In short, there have been numerous pushes to discredit the science of the 2015 report, possibly because it suggests having a guideline for a more plant-based diet for the purpose of ecological sustainability and taxes to reduce consumption of sugary beverages. Mike Conaway, a Republican congressman from Texas and Chairman of the House Committee on Agriculture, has been one of the more vocal critics, insisting that sustainability isn’t relevant to the report, which exists purely to amass and disseminate the best known nutrition science.

Meanwhile, other food activists and reporters insist that sustainability does have a place in this report; their argument is that the way food is produced in this country impacts its healthfulness and also impacts public health at large. One of my favorite arguments on this is from attorney and public health expert Michele Simon.

In the midst of this controversy, journalist Nina Teicholz, who is famous for promoting high-fat and high-animal-protein diets, wrote an article for the British medical journal The BMJ. Presented as an “investigation” of the guidelines, it accused the advisory panel of using outdated science and being overly critical of high fat and low carb diets. Since it was public, the report has been found to contain numerous errors and biases and has drawn a lot of criticism, including this blog post from Marion Nestle, this article from Australian nutritionists Rosemary Stanton and Tim Crowe, and this article in The Verge.

At the end of the day, this seems to me like a missed opportunity to talk about the connections between food production and public health. Emphasizing sustainability in diet, including efforts to push consumers to eat lower on the food pyramid, would help to steer us away from an energy-heavy diet that is depleting natural resources, land, and water, as well as providing an overabundance of saturated fat, which continues to be linked to numerous chronic diseases. If sustainability isn’t addressed at some point, it’s hard to see how we won’t court droughts and food shortages that would ultimately put health and food supply at risk. It’s too bad that the 2015 Guidelines–which are otherwise sensible and balanced–won’t have a chance to address this.

For more, check out NPR, Fortune, and ABC News.

I’ll be back tomorrow with an abridged Menu Plan Monday post (as I’m traveling toward the end of the week). In the meantime, I wish everyone a restorative Sunday.