Happy Saturday, friends! After Austin last weekend and a particularly busy few weeks, I’m glad to be catching up on my work quietly at home today, and enjoying the fall weather. I’ve got butternut squash soup simmering and plenty of ginger tea at the ready, and it feels good. This morning, I took some time to round up my favorite recipes and reads from the past week. Lots of beautiful autumnal fare here, as you’ll see.

If you enjoy the weekend reading recipe compilations, don’t forget to follow me on Pinterest; everything that ends up in these posts can also be found on my boards, in addition to a lot of recipes and images that don’t make the final cut! 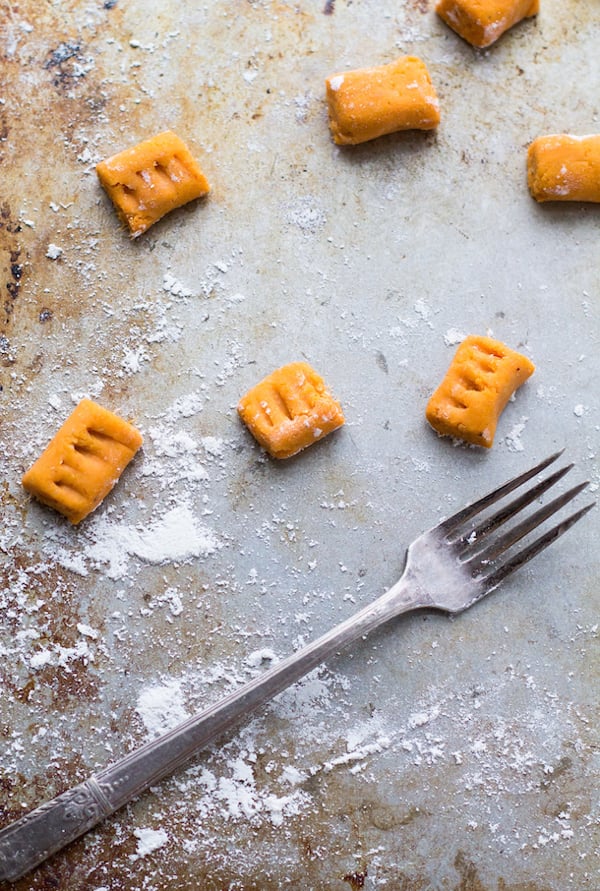 First of all, a perfect dinner party recipe for the fall! These sweet potato gnocchi from Amanda of HeartBeet Kitchen are gluten free and vegan, and they feature only 5 ingredients. This is a gnocchi recipe I may actually be able to pull off! 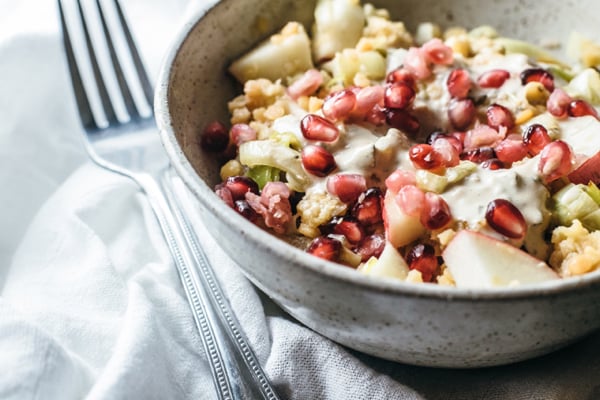 I’ve been loving Danielle’s soulful and creative recipes from Rooting the Sun lately, and this red lentil dish with apple, leek, pomegranate, and sage cider tahini is my newest object of desire. So hearty and beautiful. 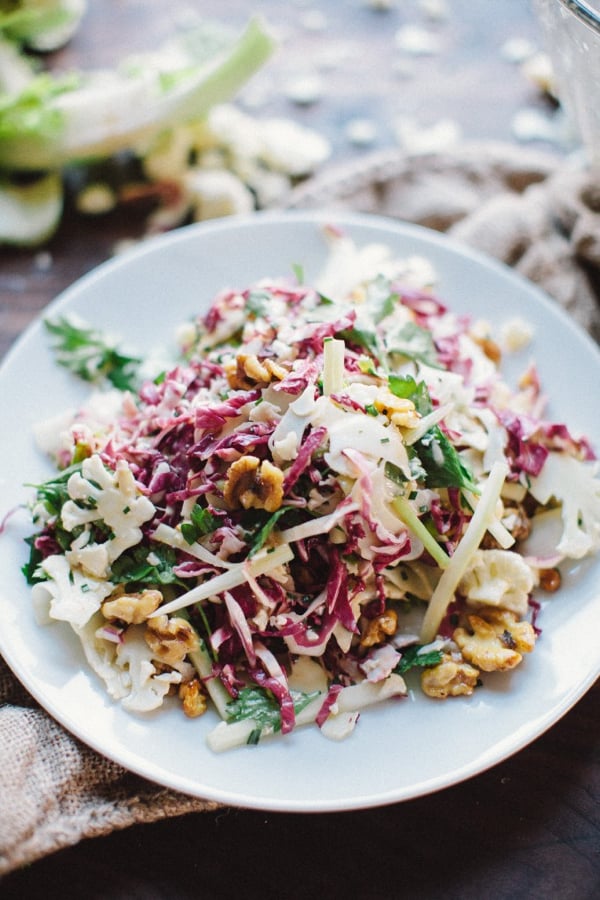 This may be your new vegan Thanksgiving centerpiece: butternut squash pot pie from the lovely sisters of Our Four Forks. 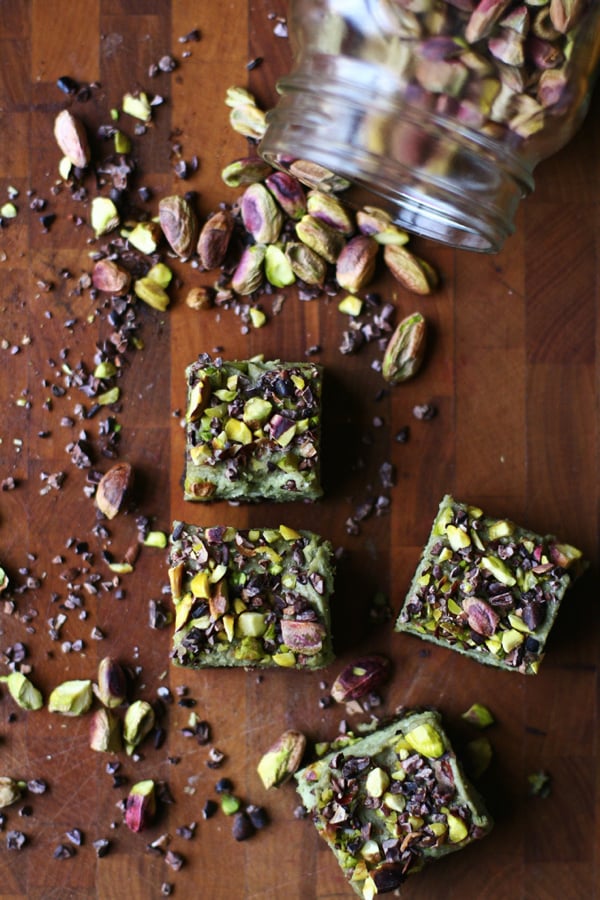 Finally, for dessert, I’m swooning over these dreamy, creamy pistachio squares from Sophie of The Green Life. The creamy bit is avocado…yum.

1. First up, as part of The Atlantic‘s “If Our Bodies Could Talk” series, James Hamblin profiles companies that are “diversifying people’s protein portfolio.” I love that turn of phrase and Hamblin’s interviews with the folks at superstar vegan protein brand Beyond Meat.

2. Speaking of the future of meat, the WHO will be classifying processed meat as a substance that has been causally linked to cancer (specifically, colon cancer). You can read more at The Daily Mail.

3. A powerful article about how policy makers and health care professionals are responding to the growing threat of antibiotic resistance, which is largely due to the overuse of drugs on factory farms (about 70% of antibiotics in the US are given to animals). One physician is powerfully quoted saying, “[t]his is the biggest single use of antibiotics and it’s uncontrolled…I was born at the dawn of the antibiotic era, and probably before I die the antibiotic era will be over.”

4. Caroline Weinberg has written a very powerful article about domestic violence awareness for Jezebel, and I thought it was worth sharing. Most of us know that October is breast cancer awareness month, but we may not realize that it’s also domestic violence awareness month. Weinberg argues that domestic violence is very much a women’s health issue, citing not only physical harm or injury, but also reproductive coercion, rape, depression, anxiety, post traumatic stress disorder, and sleep disturbance. Victims of domestic abuse are more likely to suffer from headaches, chronic pain, and gastrointestinal disease.

So, why does domestic violence get less attention at this time of year than breast cancer, and why are fundraising efforts attached to it so much less successful than those associated with cancer research? Weinberg cites many reasons, but chief among them is that many of us know that breast cancer will affect one in every eight women over the course of a lifetime, whereas we assume that we can control our risk of domestic violence. Liz Roberts, deputy CEO of Safe Horizons, is interviewed in the article, and she identifies part of the problem as the

“persistent stereotypes about victims. When it comes to domestic violence, there is still this view that it is somehow the victim’s fault. Those stereotypes allow the public to distance themselves from the issue and see it as something that only affects certain people, not me or anyone I care about. They think that women who let this happen must have something wrong with them. Because they would never stay if their boyfriend hit them.”

I don’t think that we should trade awareness about breast cancer for awareness about domestic violence; as someone who has carries risk factors for breast cancer, I’m all about ongoing awareness, education, breast checks, destigmatization, and research. Weinberg doesn’t think so, either. Her comparison of the two campaigns isn’t intended to take away from the remarkable strides that have been made in breast cancer awareness (indeed, she notes with admiration how advocates were able to destigmatize what was at one time a shameful disease to live with), but rather to register the wish that domestic violence, which affects one in every three American women, might break similar ground.

5. A really fascinating article about how autism affects men and women differently, often leading to misdiagnosis and inadequate screening/treatment in women. Because boys are more likely to have autism than girls, and because women’s symptoms sometimes deviate from symptomatology that’s considered “classic,” diagnoses can take longer and the disease can be missed. I really had no idea about this issue until I read the article, and I recommend it highly.

On that note, it’s time for me to switch gears and turn my attention toward class reading. Thanks for tuning in, and I’ll be back with a weekly menu plan on Monday!

Happy Sunday, everyone. In spite of the arrival of April on Friday, it’s suddenly very cold and windy here, which makes me glad that I had the instinct to whip up a big pot of soup this weekend. I’ve spent this early morning doing some reading for my Food, Nutrition, and Behavior class; we’ve transitioned in our coursework from what might be called more biological studies (appetite, cravings, nutrient acquisition) to a more anthropological focus. Right now we’re reading Sydney Mintz’s fascinating book, Sweetness and…

Happy Sunday, friends, and a very happy Mother’s Day to you! My mom and I have a museum trip planned later this afternoon, followed by dinner together, which will be a celebration not only of Mother’s Day, but also of her birthday, which is tomorrow. I’m excited to shower her in love and in chocolate, namely in the form of my vegan, gluten free double chocolate cupcakes. I whipped a batch of them up yesterday, and it took quite a bit of restraint not…

This summer began with the weight of my expectations bearing down on it, no matter how much I wanted to keep an open mind. It was to be my first summer without any graduate school classes since 2008, which alone felt major, and I was hoping to spend at least part of it celebrating graduation. I was also intent on it being a summer of rest and restoration, friend time and play time and free time. Having worked myself into a state of…