I showed up for my morning yoga practice this past Wednesday in a mini-spiral of worry.

I’m moving out of my apartment in a month or so. The place is already rented out, and I’ve been looking for a new spot to hang my hat.

Apparently, this is just about the worst summer in history to be trying to rent a place in NYC. Rents are especially high, and since lots of folks are moving back into the city, the application process is especially competitive.

I didn’t know this when I planned my move. I was just taking action on the fact that it’s time to go. The apartment that I live in now welcomed me back to New York when I left DC. It was a source of stability and constancy during a bad breakup. It was my place of shelter during the pandemic. I’m grateful to it.

Considering how long I’ve been there, though, my little space is full of history. And much of the memories I’ve accumulated within its walls are painful ones, for me.

This has been a season of letting go. First, there was my parting with Ganesha in April. Then came my recent birthday. I felt all of the mixed and difficult emotions that I expected to feel, but they were joined by a sensation of lightness.

That sensation, I knew, was a willingness to leave my thirties in the past.

Finding a new living space is an important step in my establishing a fresh start for myself. I’ve been excited about it—or I was excited, until I realized that I’d chosen an especially crazy moment to relocate.

Which brings me back to Wednesday.

By that point, I’d seen numerous units slip through my fingers. I’d brushed paths with leasing agents who were discouraging with me about my self-employed status. I’d started to worry that I wouldn’t find anything I could afford or be approved for; I wondered if I’d made a terrible mistake in choosing to move. I told myself that I should have left my space at the height of the pandemic, when rent was cheap.

My yoga teacher, who’s also a friend, heard me articulating a piece of this delightful little thought loop. As I was speaking, she started to smile, and I could tell that she was holding back a chuckle.

We both started laughing. I was telling myself a story. I was crafting a long, woeful narrative in which my mistakes and failures were the point of origin for a series of catastrophic apartment-hunting scenarios.

I gave my teacher a tight hug. “You’re the best,” I told her.

“Takes one to know one,” she said, squeezing me back. “I do the same thing.”

Yesterday, I read something Sharon Salzberg had to say about turning 70:

While the difficult parts of aging are unavoidable, we can try not to add to them. For example, the tendency to rehearse some catastrophe and thereby live it several times.

So I think the first question is: What are we adding onto a situation which is already hard enough?

My apartment hunting freakout is just a small example of this tendency. I do it in other, more significant ways, and they cost me even more than that anxious morning did.

The funny thing is that a series of events unfolded on the following day, Thursday, that led me to signing a lease on Friday. A lease for a place that I’m genuinely excited about, and which feels like the right next step in so many ways.

It’s all a reminder that the worst case scenarios that some of us are so good at constructing are just fictions. Hardship will find all of us, but when it does, it won’t look exactly like the things we concocted in our minds at a point when real life hadn’t played out yet. And no amount of the rehearsing that Salzberg mentions will spare us suffering or make us better equipped to handle it.

I’m starting this new week with gratitude for the new beginnings that are ahead of me and an intention of being receptive to what comes. Things can work out beautifully at the very moment when we’re sure they won’t. 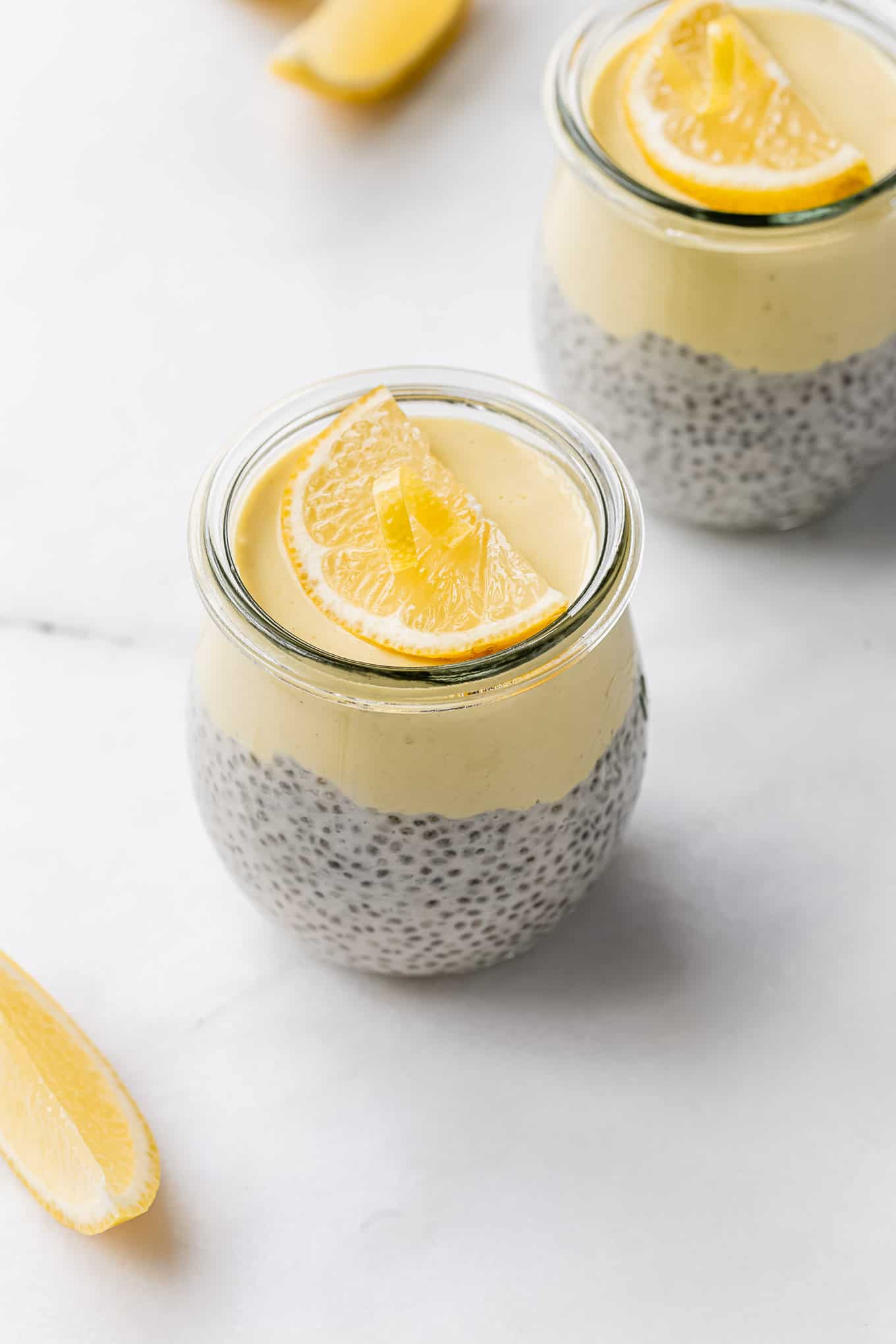 Love the idea of a creamy lemon top to chia pudding. 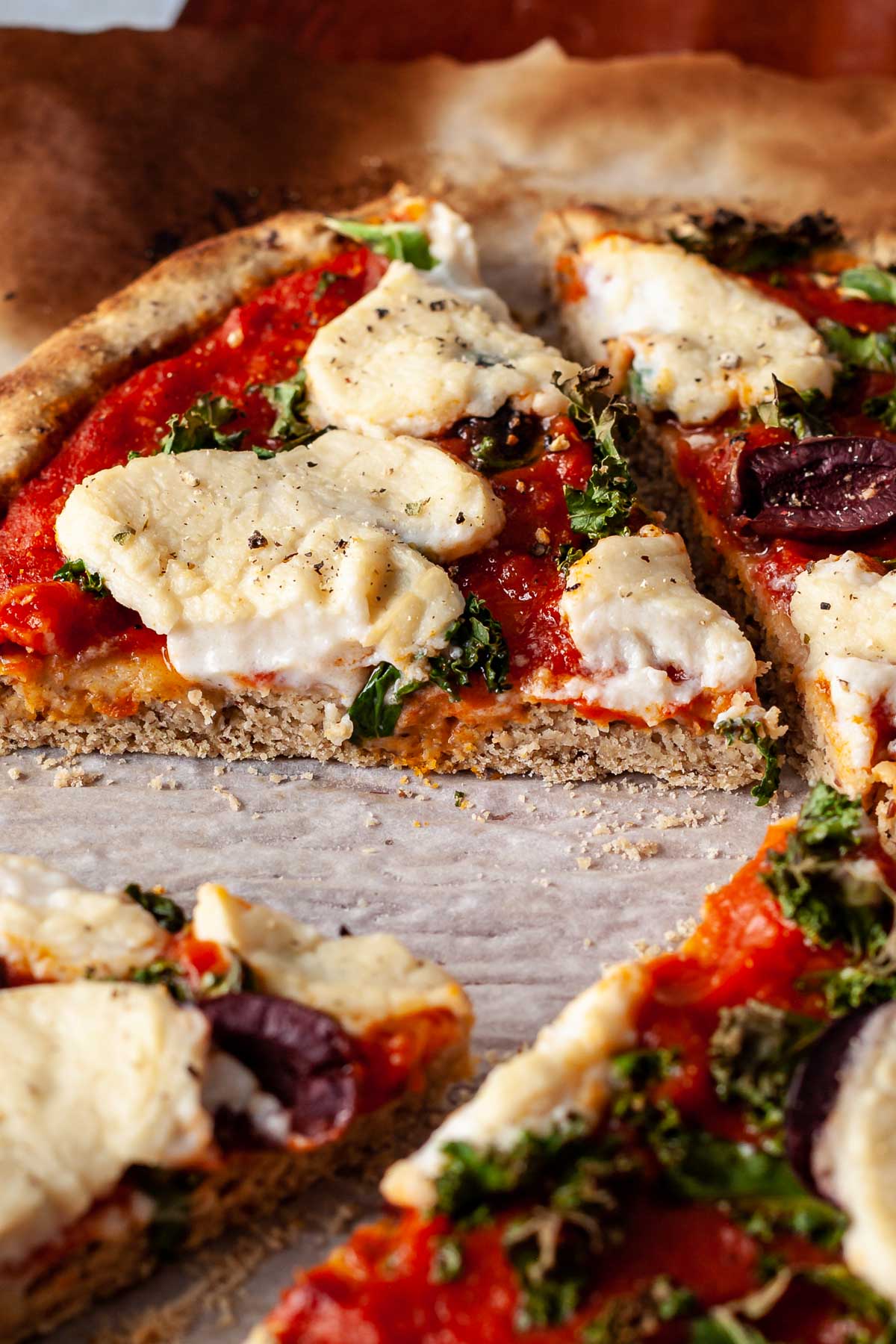 I’m a complete and total traditionalist when it comes to pizza crust. But I trust Amber to make an oat flour version that’s suitable for gluten-free folks! 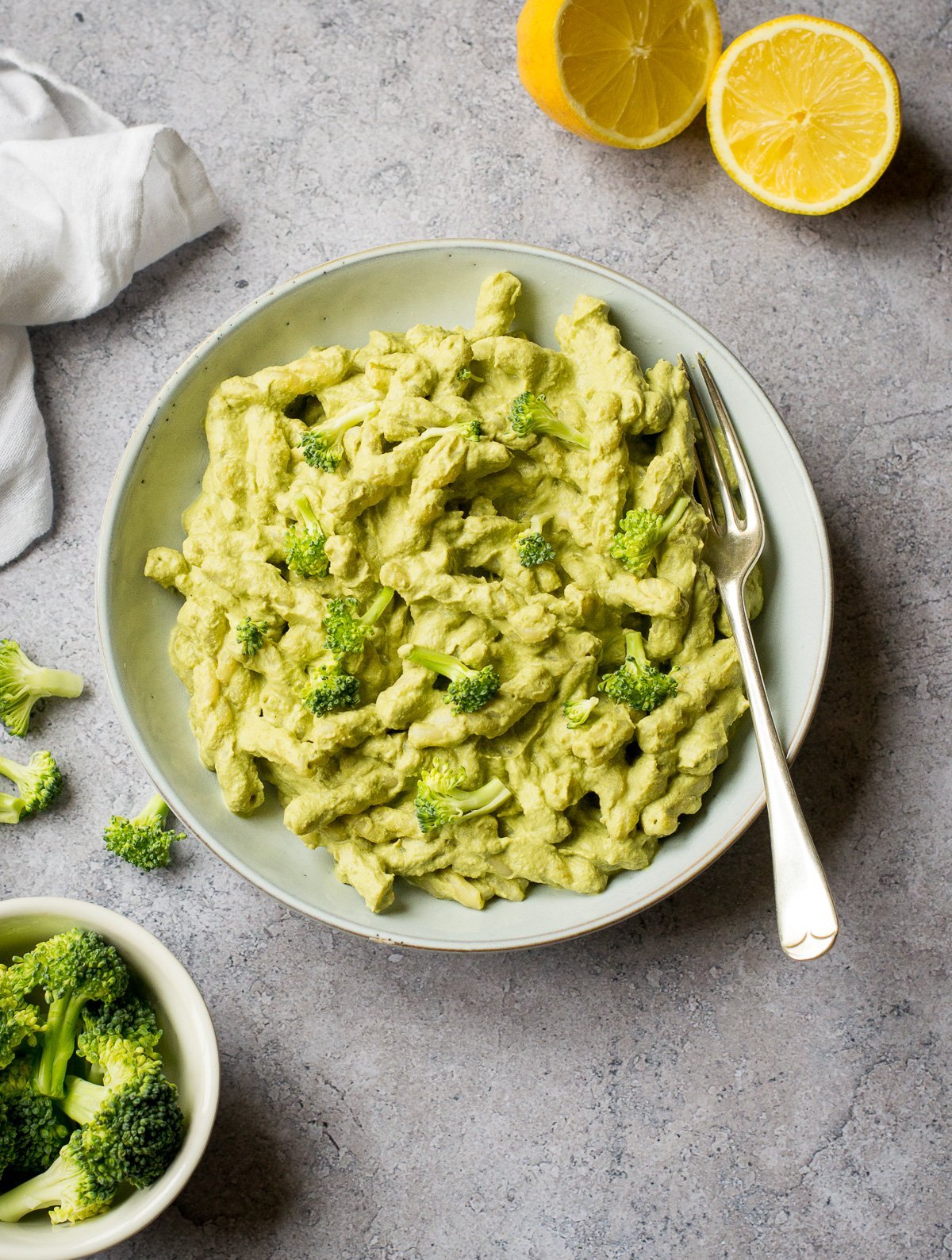 Broccoli sauce for pasta is a cool idea. 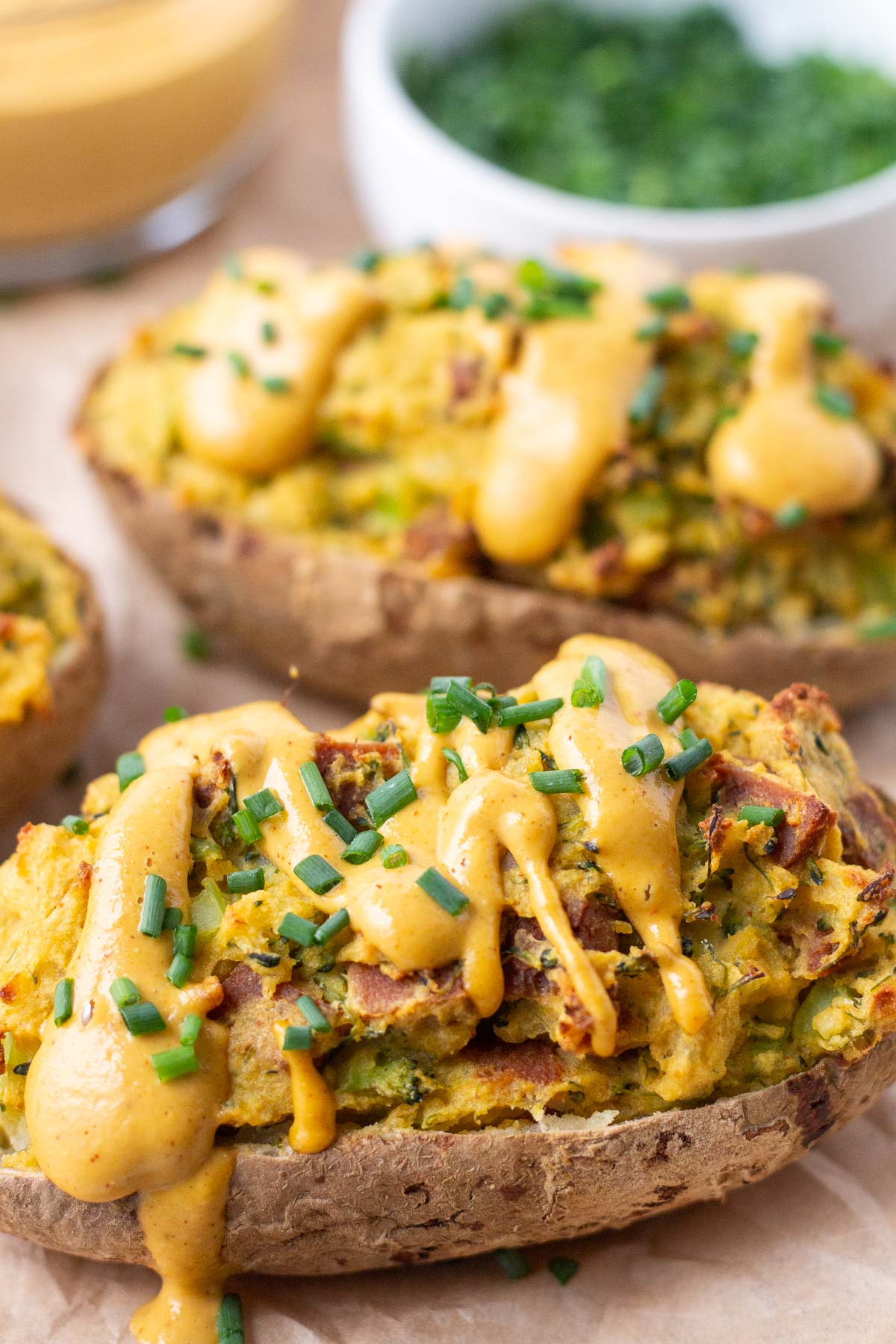 I need these twice-baked potatoes in my life. 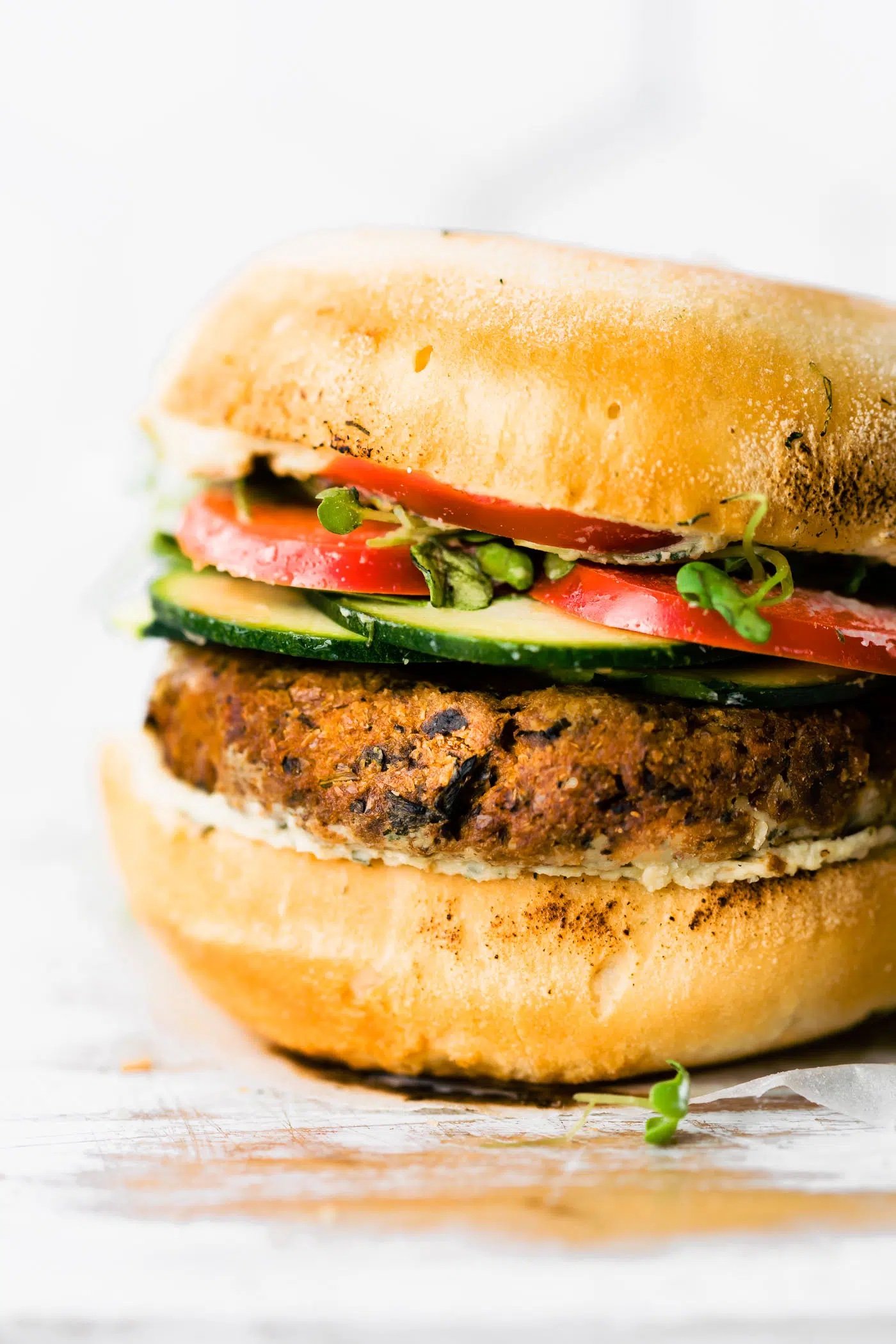 1. I thought that this was really touching: dogs are getting special training to locate cremation ashes in the wake of wildfires and rapid evacuations.

2. Artist Luca Buvoli is using his art to express a vision, informed by physics, of the “alien nature of Covid time.”

3. One writer shares a lovely, layered reflection on the meaning of baking challah while he’s living away from home.

4. The historic Maya, who lived across southeastern Mexico and Central America, oriented their lives around “a vast corpus of written, quantitative Indigenous science that broke down the natural world and human existence into interlocking, gearlike cycles of days.”

This article details how their descendants are joining Western scholars in an effort to better understand the complex system.

5. Images from Juneteenth celebrations across the country.

Wishing you all a Sunday night without worry.

I hit a wall this week. I’ve been overwhelmed, super irritable, snapping and freaking out over nonsense, and exhausted. So, so exhausted. It must be going around, because I’ve had conversation after conversation this week with people who are feeling the exact same way. Even with vaccines on the horizon, any kind of recognizable normalcy still feels very far away. Meanwhile we’re still home all the time, with no escape from work, parenting, lack of privacy, or total isolation, depending on the circumstances….

I’m happy to report that I’m fully recovered from the flu. And I felt better in time to celebrate Mother’s Day with my mom last weekend. I felt the mix of emotions that I always feel on Mother’s Day: appreciation of my mom, admiration of my friends who are moms, sympathy for anyone who chooses not to observe that day because it evokes difficult personal history, and empathy with all people greet the day—and other family-oriented holidays—with some sadness and longing. I posted…

The process of clicking around in search of links for these weekend reading posts is always full of surprise and discovery. It’s often filled with emotion, too—grief, sadness, or excitement, depending on what I find and how it strikes me. This week, my heart ached and then celebrated along with Lily, who bravely shared her story of returning to the kitchen space after her mother’s death on Food52. “My mother was my portal into the world of the senses,” Lily writes. “She taught…