Welcome back from the holiday weekend, friends! If you celebrated Thanksgiving, I hope it was a great one, and if you didn’t, I hope that you’ve had a restful and restorative few days. Here are the weekend reading links I’ve been collecting. You’ll notice that a bunch of them still seem Thanksgiving themed–and why not? No reason to stop feasting. 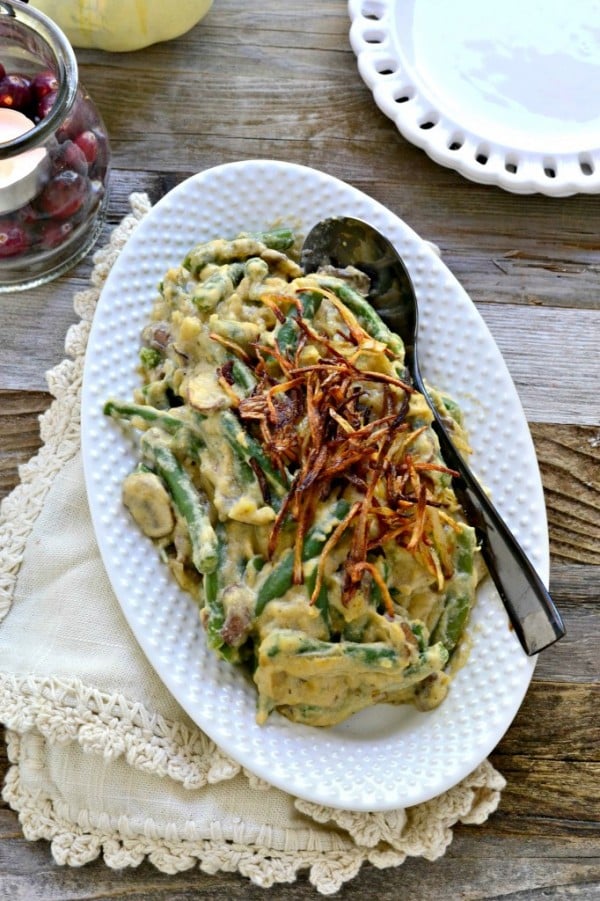 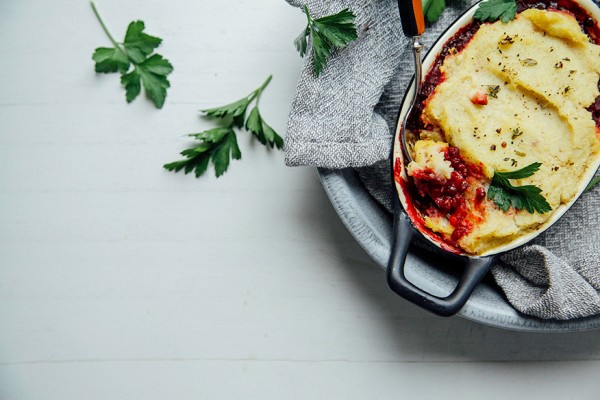 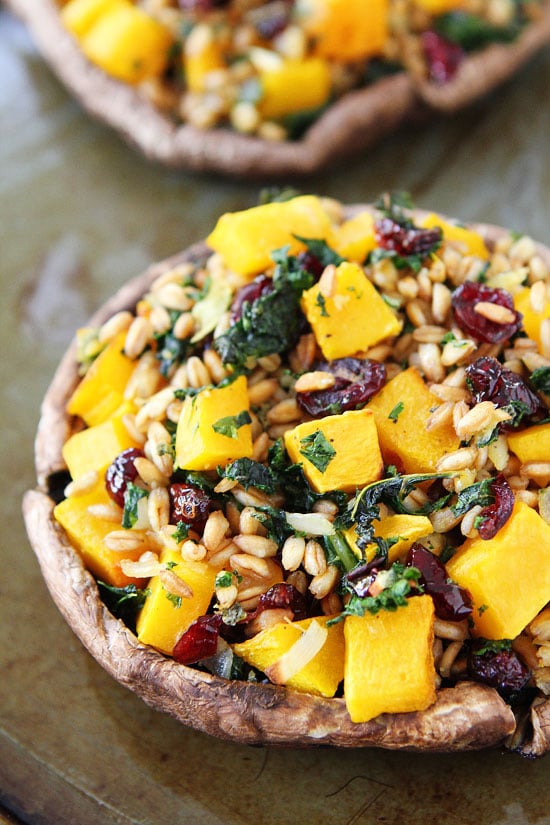 Maria’s stuffed portobello mushrooms with farro, butternut squash, and kale sound right up my alley. Perfect dish for the holidays, or anytime! 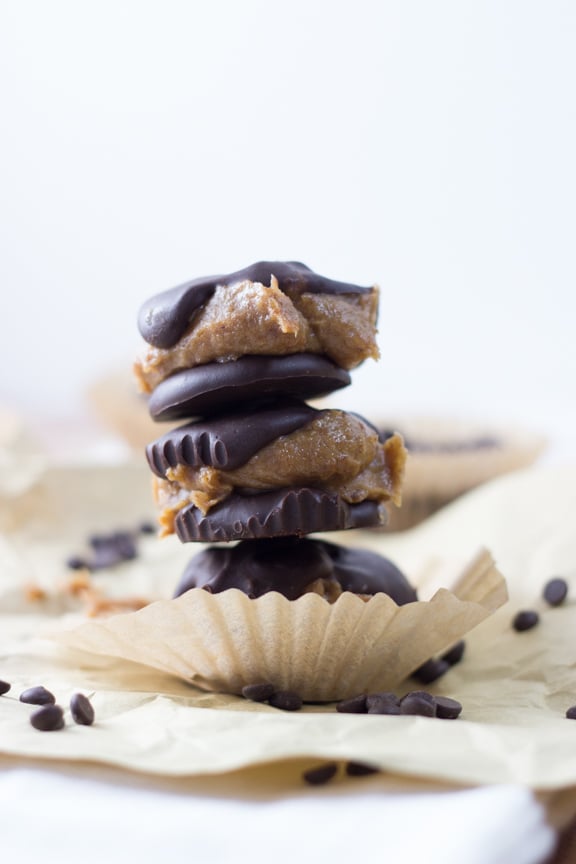 These sea salt caramel chocolate cups would make an amazing holiday edible gift, if you could somehow manage not to eat them all first. 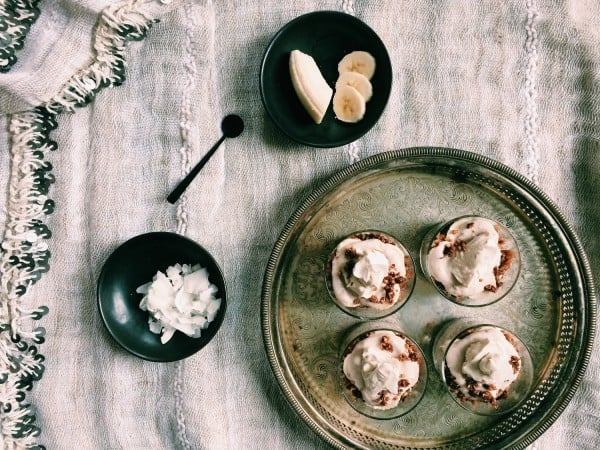 1. A friend and reader in the UK sent me Rhiannon Lucy Cosslett’s bracingly honest article, “‘I Feel Guilty But I Hate my Body’: A Feminist Confesses,” published recently in The Guardian. I’d say that this article deserves a trigger warning, and at many times it made me deeply sad, because the normalization of disordered eating it describes is so widespread, so real, so seemingly insurmountable. Still, it’s worth reading if you’re up for it, because no matter how you respond to it, it’s hard to deny how well the article evokes the daily experience of hundreds of thousands of women (and men, though the article is female-focused).

I’d say that Cosslett has two primary points of focus: first, that the relentless fixation on food, dieting, and body is universal among women, regardless of education or race, and often in opposition to strong feelings of identification with feminism. The second is an exploration of EDs that defy traditional clinical diagnostic criteria (amennorhea, low BMI). I typically refer to these as EDNOS, the most common ED, but Cosslett also refers to what’s now called “almost anorexia,” involving frequent restriction, mild binge eating, infrequent purging and negative body image. Let’s be honest: how many women do we all know whose patterns fit this description?

Cosslett, like so many of us who have struggled with EDs, feels some amount of guilt and “first world” self-awareness. She also admits to feeling a deficit of empathy when confronted with the suffering of those who are thinner than she:

“There are undoubtedly those who will say that, in the midst of an obesity crisis, ‘skinny bitches”’feeling fat is the least of society’s problems. I can sympathise with that viewpoint. It is how I feel when I speak to those who are thinner than me. ‘What’s your problem?’ I think. ‘I would love to be that thin.’”

Love it or hate it, it’s rare for anyone to write about this stuff so self-effacingly.

In the end, Cosslett chats with Susie Orbach, whose book Bodies has been on my “must read” list for a while. Orbach tells her that of course her behaviors amount to an ED:

“‘It doesn’t matter whether it’s diagnosable or not, what matters is that we’ve gone mad in our relationship with our food, and it’s a new form of violence against girls and women.'”

Well said. But Cosslett’s final exchange with Orbach, and her musings thereafter, are sobering indeed.

“’Become a refusenik!’” she [Orbach] says, and I want to: I really want to. Orbach’s work is an attempt to create a social movement to challenge the body fascism that surrounds us. “’The fashion industry is hugely powerful, the beauty industry. They make a lot of money out of making every little surface of our bodies feel uncomfortable,’” she says.

…One of the things I find most dispiriting, I tell her, is how resigned all the young women I speak to feel about this, how resigned I feel. “’It’s so heartbreaking,’” she says. “’We don’t want women to have a full-time job managing their appetites.’”

And that’s the crux of it, really. My full-time, unpaid, job is managing my appetite, and in between that I write for the Guardian. I so want to become a refusenik, as Orbach suggests, and by going into schools and talking about these issues with teenagers, I am attempting to fight back. But I know that when this article is published, I won’t focus on the career high of having a feature published in a national magazine. I’ll focus on the photographs, and how much I hate them. And I’ll think of all the other girls out there hating theirs – on Facebook, on Instagram, everywhere – and ask myself: how long are we going to put up with it?”

That’s the question. And it falls on all of our shoulders to answer it. I want my own answer to be a pledge of defiance, the “refusenik” attitude that Orbach mentions. Will I always succeed in rising above triggers or obsessions? No. But damned if I won’t keep fighting.

2. Cory Booker is going vegan — at least through the holidays! Read all about it.

3. One ingenious brother and sister team has paired up to open the first vegan butcher’s shop–featuring vegan sausage, jerky, bacon, ribs, and more–in Minneapolis (and hopefully nationwide). Check out the company website here!

5. I love this article, via the MIT Technology Review, on labs around the world that are crafting new innovations in food preparation using time honored processes, like fermentation. Typically, I think we tend to assume a dichotomy between “traditional” food preparation methods (soaking, sprouting, lacto-fermenting) and anything that happens in a laborotory. But science can be blended with anthropology, sociology, and cultural history to produce cool new culinary techniques, and that’s what this article is all about. It’s not remotely vegan, but it’s fun to read.

That’s it for tonight, friends. This weekend has been productive, but restful; Steven and I both worked from home for a few days, and it was a nice break for me. We also had a terrific Thanksgiving feast, pictured in all of its glory below:

Clockwise from the top, that’s a Field Roast celebration roast, my homemade gravy, mashed potatoes and cauliflower with garlic and parsley, my coconut mashed sweet potatoes, my butternut squash, brussels sprout, and apple stuffing, cranberry, corn, and pumpkin muffins (adapted from my no fuss vegan cornbread) and roasted green beans with pearl onions. For dessert, there was homemade apple pie, veganized directly from Martha Stewart’s classic recipe (which I first made as a teen, and have made ever since).

It was all very good.

Tomorrow, I’ll be sharing my 2014 holiday gift guide, and it’s a good one. Hope you’ll return for it!