Happy Sunday, November, Daylight Savings, and so on–hard to believe we’re another month further into the fall. I’m feeling totally unprepared for the holidays and all of the commotion they create, but for the time being I’m enjoying crisp weather and a true change of seasons.

Speaking of seasons, this week I’m linking to Adam McHugh’s lovely meditation on seasons, both external and internal. McHugh argues that external seasons sometimes serve as cues for internal change and flux — the transition to fall, for example, gives us permission to slow down and become a little more contemplative as winter descends.

McHugh, a SoCal native, laments the fact that his life is no longer subject to the seasonal change he knows from growing up in the Pacific Northwest. He values the remarkable Mediterranean climate in which he now resides, understanding full well that many people would give anything to avoid shoveling snow or bundling up in the dead of February. But he misses being given an invitation by the natural world to heed his body’s own impulse to change, to transition:

Seasons are not only realities that occur outside and around us, in the skies and in the trees. I believe seasons are also internal and personal, interwoven into the fabric of human life. We are designed to transition, to change, and to vary. Our souls have seasons.

When there are few changes in the outward seasons, it is easy to neglect the shifts required by our internal seasons. When you live in an unchanging climate, it’s tempting to try to match it with an unchanging life. External seasonal cues can remind us to transition into something new and to live differently.

As someone who is very sensitive to seasons–or rather to my environment in general–I was struck by McHugh’s musings. Part of why I’ve always greeted autumn so happily, I think, it that it gives me permission to root down and turn inward, to stay close to home and hearth. Summer, with all of its outdoor socializing and activity, can be a little trying for introverts–or at least it is for me.

This autumn, though, feels a little different. Having given myself ample opportunity to slow down over the summer, I’m now trying, bit by bit, to turn my energy outward again. It’s still a cautious effort on my part, but I’m doing my best.

I can’t help but feel baffled at the contrast between who I was two years ago–someone who could handle any number of engagements or obligations, or so it seemed–and who I am now, which is without a doubt a person who overwhelms easily. I can’t help but feel as if I’m mourning that past self, wishing I could have back her competence and capability.

But this is a season of change for me, in a big way, and I can only hope that the self that emerges on the other side will be, if not the ultra-dynamic person I once was, a person who is gifted in different ways. Or perhaps simply a person who has a deeper capacity for attentiveness. We’ll see.

Say what you will about the change of seasons, they do compel us to celebrate food cyclically, and love coming home to soup, stew, and root vegetables each November. This week’s links include all of those things and more. 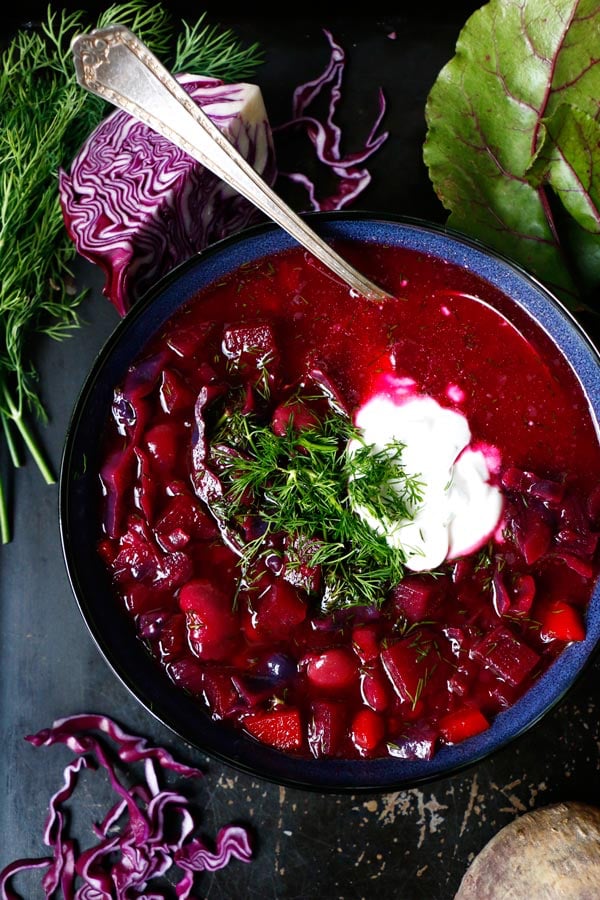 I enjoy borscht hot and cold, but Hana’s warm vegan borscht, above, looks particularly wonderful. I have a bunch of beets at home this week, and I can’t wait to try it. 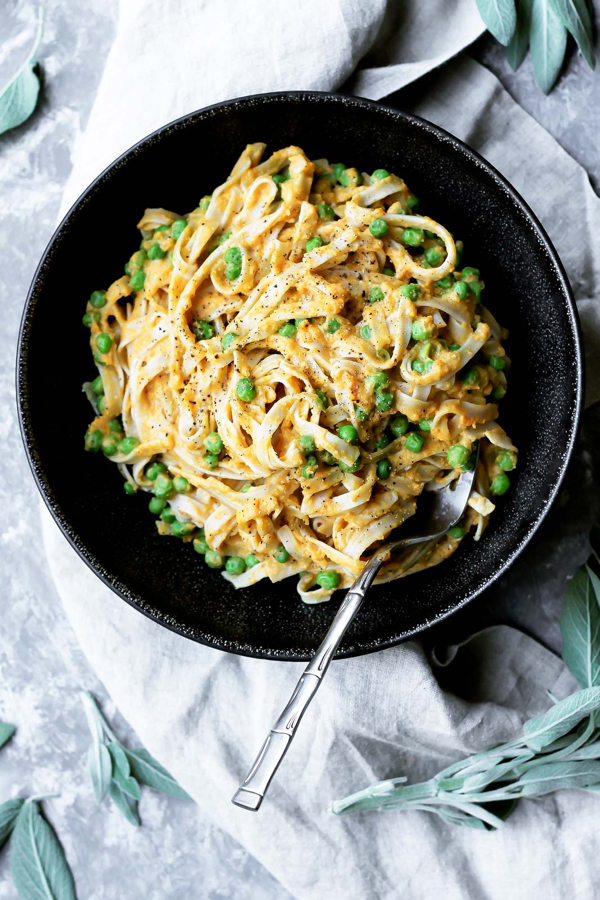 Monique’s creamy roasted butternut squash pasta with peas is my kind of comfort food! I love the addition of peas, which I add to a lot of my hearty pasta dishes, too. 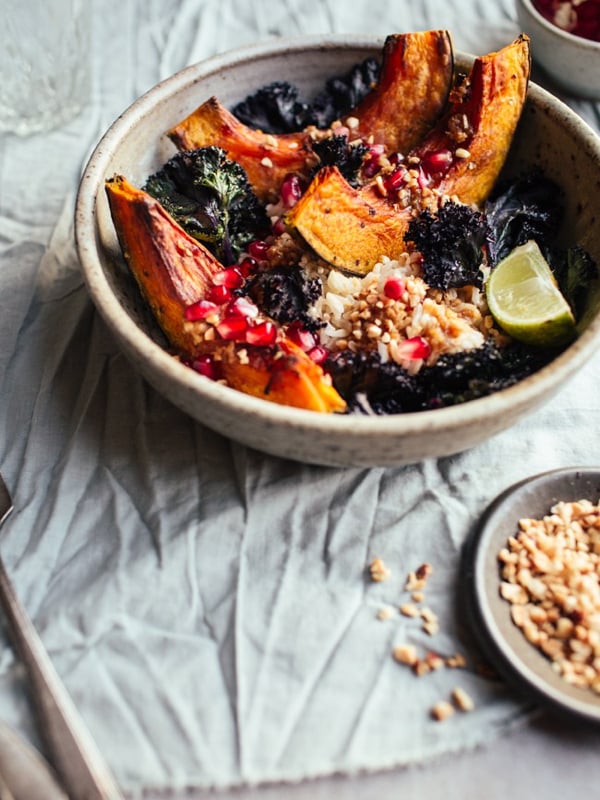 Izzy calls these squash and crispy kale bowls “the kind of recipe you can just remember for those days when you’ve not a clue what to cook,” and I agree, but this is also a meal I’d go out of my way to plan and make! Tender roasted squash meets brown rice, crispy kale, and a sprinkle of toasted nuts, and the result is a flavorful and wonderful bowl dinner. 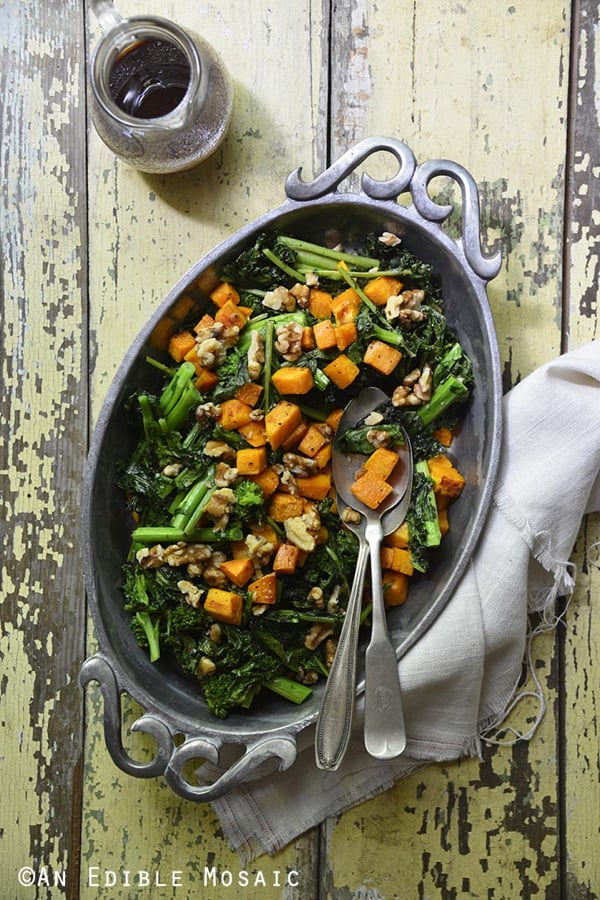 More root veggies! This time a simple sweet potato and broccoli rabe dish from Faith at Edible Mosaic. I adore broccoli rabe–it’s probably my second favorite leafy green, behind kale–and I’m always excited for a new recipe that features it. 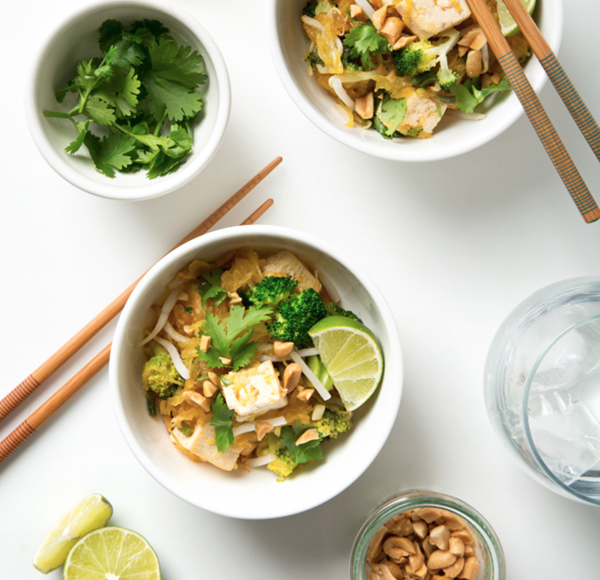 I’ve always sworn off spaghetti squash, because no matter how I prepare it I seem to have a really hard time enjoying it. Amanda’s super flavorful, quick, and easy spaghetti squash pad Thai may just be the recipe that changes my mind. Fingers crossed!

1. For people with Type I diabetes, maintenance of stable blood sugar demands constant vigilance: blood testing, glucose monitoring, adjustment of snacks and insulin dosages. This can be especially stressful for parents of young children, who might often check their children’s blood sugar up to 100 times daily in order to avoid highs or lows.

For a long time now, the medical industry has touted the potential of the so-called “bionic pancreas,” but as this article in Vox makes clear, whether or not such a device will actually help those with T1DM is still up for debate. The name “bionic pancreas” seems to imply a piece of technology that can effectively replace beta-cell function in the human pancreas–which is what is permanently compromised in T1DM–but the device does no such thing.

Yes, it can appropriately monitor and manage basal insulin, which is the amount of baseline insulin that type I diabetics need in order to maintain stable blood sugar between means. But the pancreas doesn’t account for bolus insulin dosages, which are what’s needed to manage blood sugar directly after meals. This means that quite a bit of monitoring is still necessary. The bionic pancreas system may provide some relief to to parents and kids, but it isn’t yet the comprehensive solution that the pharmaceutical industry implied it might be. As Claire Belluz notes, the disappointment surrounding the device is all the more reason for more emphasis to be placed on finding a true cure.

2. Mona Gibson’s meditation on her mother’s lobotomy is heartbreaking and deeply compassionate. As a child, Gibson couldn’t understand her mother’s erratic behavior; in her words, “[a]s far as I was concerned, my father was a saint . . . My mother, in contrast, was a holy terror.”

Gibson didn’t know that her mother had suffered two tumors, and that operation on the second one had resulted in removal of both her frontal lobes. Gibson only learned of the procedure as a young adult, and the knowledge shifted dramatically her perception of her mother’s personhood and experience.

What stands out to me in reading Gibson’s reflection is the disconnect that children often experience from their parents’ inner experiences. Her story is particularly dramatic, marked by a devastating operation and a weighty secret. But to some extent we’re all distanced from our parents’ struggles, at least when we’re very young, and there can be both pain and healing in coming to “know” them fully as we grow up.

3. Heartening reporting on one teacher’s groundbreaking efforts to make math more accessible to elementary school kids. Matthew Peterson, who himself struggled with math as a child, in part due to his dyslexia, is using Jiji, an animated penguin, to introduce and teach math visually, and he’s having promising results in the classroom.

4. According to Slate, a sobering new report from the World Wildlife Foundation and Zoological Society of London suggests that the global wildlife population has declined by nearly 60 percent over the past four decades. If the current rate of decline continues, by the year 2020 nearly two thirds of all living creatures on the planet will have died when compared with 1970 population levels. I’m not sure what to say about this, except that I hope the report does some good in raising awareness.

5. And finally, Adam McHugh’s thoughtful meditation on seasons–both within and without.

I hope you enjoy the reads, and I wish you a full and rich Sunday.

I was an avid blog reader long before I became a food blogger. Like many people, I discovered what might be called “healthy living” blogs first, then more dedicated recipe/culinary blogs. I had been reading food blogs for only a short period of time when I decided to go vegan, so vegan food blogs (Vegan Yum Yum, the PPK, Bittersweet) quickly became a source of guidance and inspiration. Over time, I fell in love with certain bloggers’ voices, felt as if I knew…