It’s been a somewhat rocky entrance to the month for me, as the past week was full of personal unrest. I slipped into patterns of behavior that feel like me at my worst—stuff so old and habitual and frustrating to me that I don’t even want to write about it.

Here’s the interesting news: I’ve somehow managed to regard a bunch of varied relapses—relapses in thought patterns and compulsive behaviors—with an unusually compassionate and non-judgmental gaze. This wasn’t a conscious choice so much as instinct, and that’s new for me.

The shift has everything to do with my work situation right now. I spent the first seven weeks of this semester working with a great number of patients who were nearing end of life. I’m now working in acute care, often in the ICU. Each day issues me a strong reminder that my time is finite. My first reaction, earlier this fall, was to foster more interest in being kind to others. I’m now coming to the additional realization that life is too short for me not to be my own friend.

So, this past weekend, when normally I might have sat around in a slump of self-loathing, I didn’t. Instead, I took to heart some advice I’ve often heard about building a self-compassion practice, which is that you should treat yourself as you would a small child. I was gentle with myself. I examined and heeded my own cravings. I examined the source of my actions and thought patterns this week, and—recognizing it for what it was—cut myself some slack for having reacted to it in old, familiar ways.

I’m learning, and I’m being honest with myself. That’s the best I can do. With each week that goes by I’m less interested in wasting time on shame and self-blame, more interested in the whole business of moving on.

Here’s to moving on, to staying resilient, and to greeting a new week with a sense of hope. Here, too, are my recipe picks and reads for today. 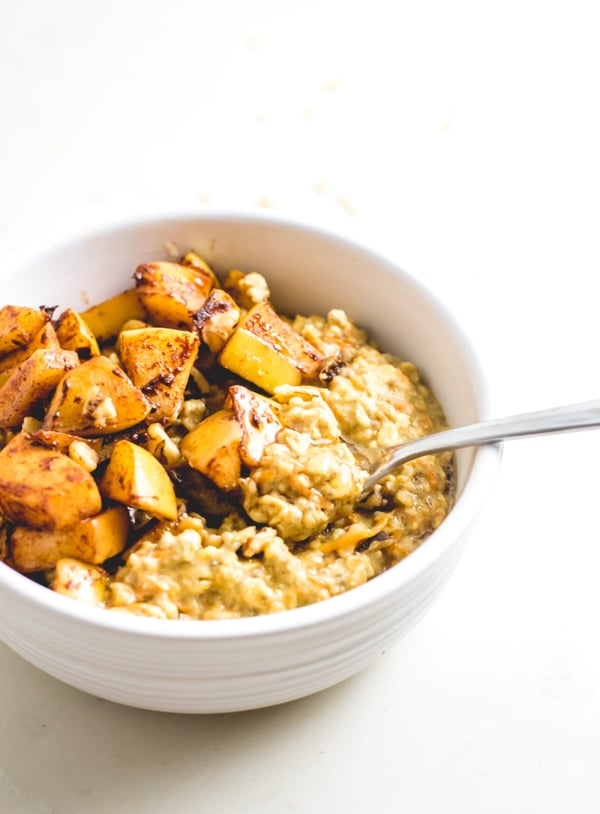 Deryn has created the vegan oatmeal of my dreams, with tender sautéed apples. 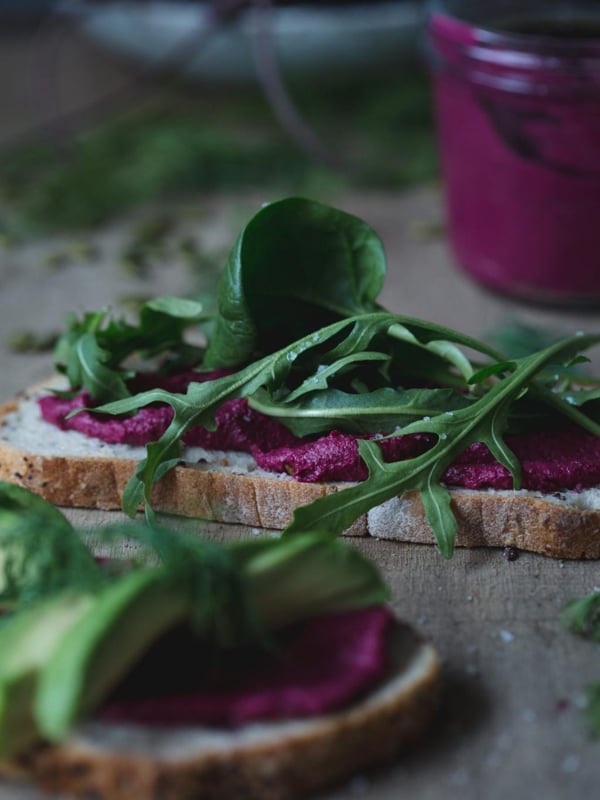 Amanda’s beetroot butter may be accidental, but it looks awesome indeed. 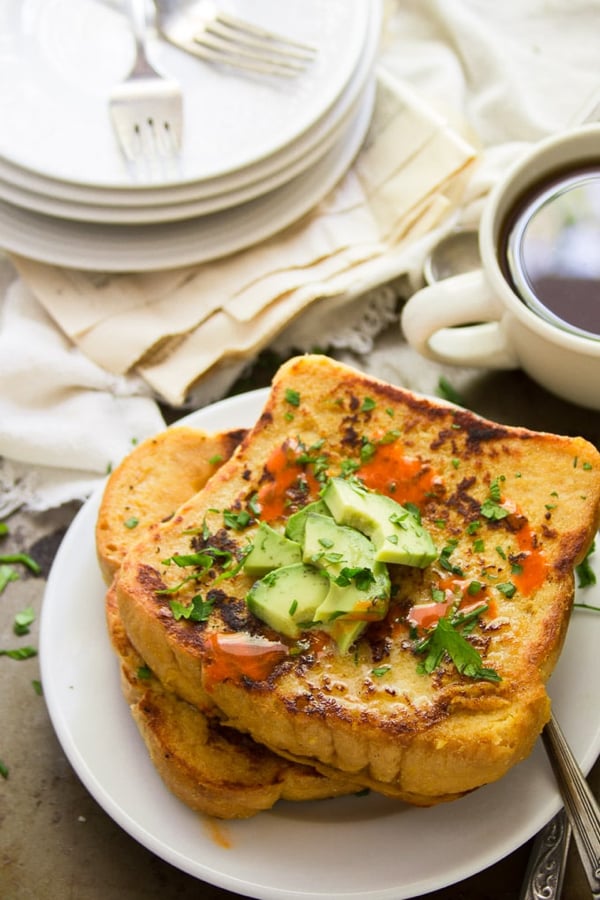 Savory (vegan) french toast! Alissa is a genius, as usual. 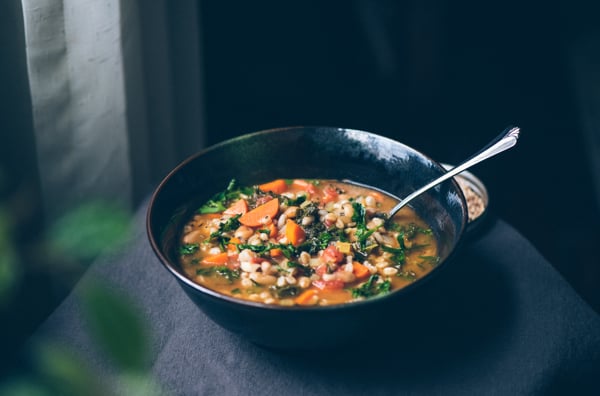 This farro and white bean situation is my kind of wintery, veggie-packed, soul-soothing soup. 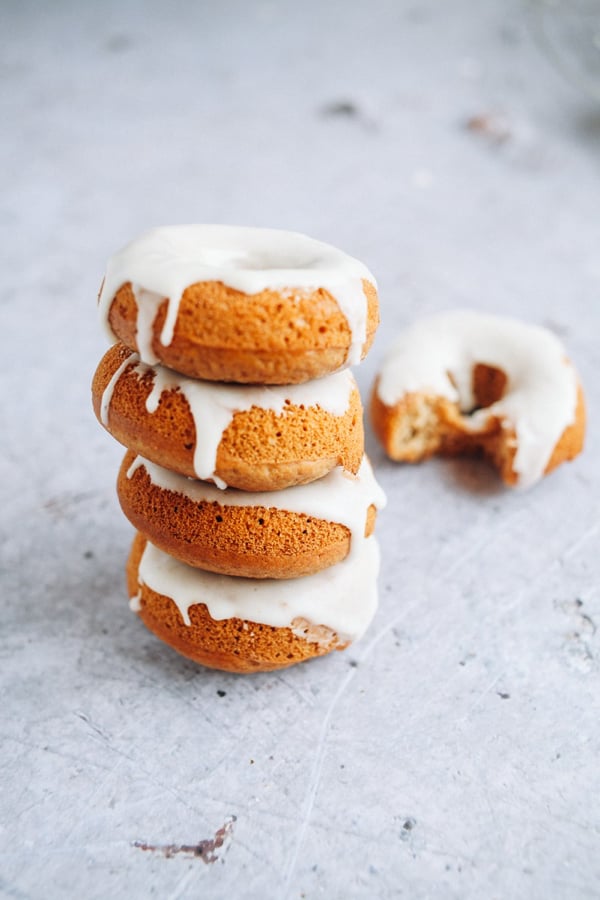 1. Eating disorders are less common among young children than adolescents, but the results of a new study on kids 9-10 are interesting. Within this age group, classified as early-onset EDs, prevalence is the same for boys and girls. Differences across sexes become more pronounced between ages 13-18, when EDs are more common among young women than men. Researchers haven’t drawn conclusions, but this could be an informative starting point for more research into developmental risk factors.

2. Brit Trogen, a pediatrician at Bellevue hospital here in New York, has penned a sharp critique of the show New Amsterdam (which is based on Bellevue). I haven’t actually seen the show, so I can’t speak to the critical objections, but I did take interest in the article because of my current rotation and the perspective I’ve gotten on hospitals and the challenges they face.

While I know that there are a good many doctors out there who give suboptimal or even poor care—and I’ve had some of my own encounters along those lines—my experience of acute care so far has been that most physicians, nurses, PTs, social workers, dietitians, nurses, and other staff are doing their best, often with woefully limited time and resources. So I understand some of Trogan’s points about the problematic nature of stereotyping physicians as depraved because the system is largely problematic and unsatisfactory. A lot about healthcare needs to change, but doctors themselves are often unable to change it.

3. One of the most common and, I think, unfair critiques of veganism is that being focused on animal welfare will somehow detract from the capacity to care about other human beings. In other words, it’s the notion that empathy and activism are finite resources, with only so much to go around.

Speaking to this argument, evolutionary biologist Mark Beckoff interviews Dr. Sarah Bexell, who “helps humans to see and acknowledge that humans, other species, and the natural environment…are completely and perfectly interlinked.” I love what she has to say, especially this:

Allow yourself to love everyone, and I mean individuals of all species, including our own, and this amazing and fascinating planet we call home.

4. We’re entering the peak of the holiday season. It’s not uncommon for folks to feel unusually lonely at this time of year, and I’m one of those who does. Often my instinct is to turn to Instagram as a means of feeling more connected, but I’ve found that social media can be a mixed bag when I’m lonely: sometimes it seems to help, and at other times it underscores my feelings of isolation.

A small new study suggests that more time on social media can actually enhance loneliness, which is good reason to engage with social media apps mindfully this month (and in general).

5. Finally, in keeping with today’s theme, Margie Warrell on the intelligence and importance of self-compassion.

Wishing you all a caring and fiercely self-compassionate start to the week, and a very happy Sunday.

Good morning, friends. Happy Sunday. It’s nice to be entering the winding down that always seems to precede Christmas and New Year’s. My book manuscript deadline is looming, so the week ahead will be a fairly productive one (I hope), but I won’t be multitasking, and that’s a relief. I always take pleasure in work that feels deep and focused. For many people, the winter holidays present an opportunity to experience, observe, or celebrate faith–and by this I mean organized faith. I’ve been thinking…

Happy Sunday. After a week of weird, warm, soupy weather in New York, it has been a perfect fall weekend. Even the rain yesterday was perfect in its own way: a perfect excuse, anyway, for making hot chocolate, reading, and turning inward. My reading material has been Julia Turshen’s new book, Small Victories, which is as warm and personable and practical as everyone says it is. It is far from vegan, which in my opinion is OK because the book is far more focused…

Last Monday was the first day of my oncology rotation. The rotation is only two weeks long, and I requested specially (in spite of a very long commute) because I knew it would be my only opportunity to learn about working with cancer patients. I spent most of last weekend sick with another cold (I’ve stopped keeping track of them), but when I woke up on Monday morning, I was certain I was well enough to go in. I popped a decongestant, drank…