It was a spectacular week of recipe fails around here, which is why I haven’t had anything to post. Not just recipes that needed fine tuning, mind you, but real duds.

It was frustrating. Needless to say, I reacted by bearing down and retesting everything, which only resulted in repeated failures. Finally, I decided to take a real break. I took the end of the week and the weekend off from cooking, assembling simple stuff and focusing on my baking adventures instead.

I’m not unaccustomed to periods of being uninspired in the kitchen. The past few month have been an especially long stretch. I started to feel reluctant about cooking during the end of my clinical internship, and I haven’t quite gotten my energy for it back since passing my exam in September.

It’s not really about effort, since I’ve been baking up a storm and loving that. It’s more about limited creativity and enjoyment. Baking soothes me right now because it allows me to immerse myself in a predetermined process. It’s work, but I don’t have to make decisions as I go. Cooking is intuitive, and for whatever reason, I’m totally out of touch with my culinary intuition at the moment.

I mentioned all of this on Instagram, and I was grateful to get a lot of validating responses. Cooking can be so wonderful and rewarding, but it’s important to talk about the fact that it can be a drag, too. It’s frustrating to put time and effort into preparing a meal from scratch, only to end up with something that you don’t want to eat. Not to mention the regret of having wasted ingredients.

One reader pointed out to me that cooking is often assumed to be intuitive and easeful if you have a knack for it, when it fact it goes through periods of being stagnant and difficult like anything else. I’ve definitely found this to be true, and the stale periods have gotten more pronounced since cooking became part of my job.

If I’ve learned anything through recipe development, it’s that creativity goes through natural phases, and it really can’t be forced. There are lots of things that I can muscle through when I’m unmotivated, but creative work isn’t one of them. So, I’ll allow my mini-pause to last as long as it lasts. I hope you’ll all be OK with more “assemble-and-eat” recipes and baking recipes than usual 🙂

Last week, I wrote about advent as a season of remembering that life exists on a spectrum with both suffering and joy. That lesson was driven home for me, albeit in a small way, with my cooking experiences this week. The struggles, I know, will make way for deeper appreciation once I’ve found my flow in the kitchen again.

Happy Sunday, friends and food lovers. Here are some recipes and reads. 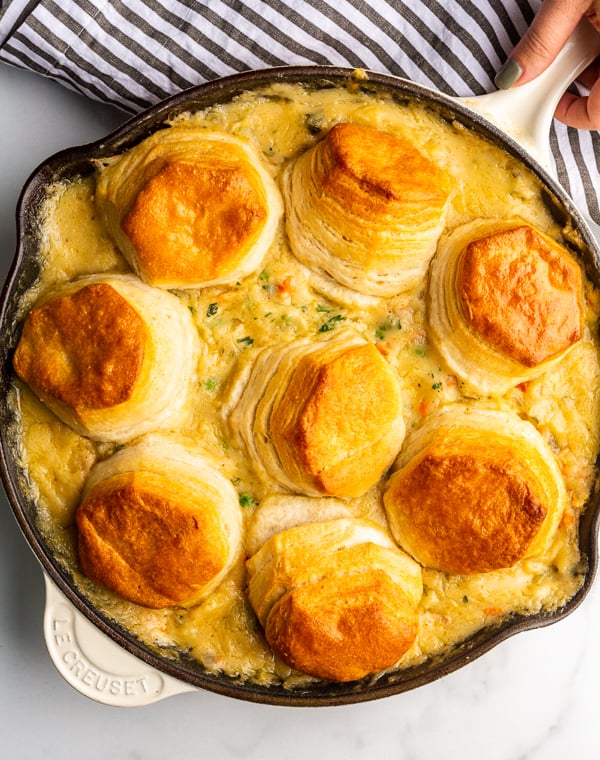 So impressed with the flaky layers in Valerie’s vegan biscuit pot pie! 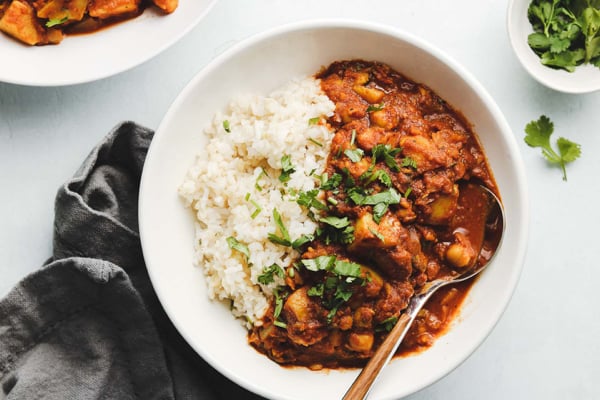 I love the simplicity and flavors of Lisa’s vegan bombay potatoes. 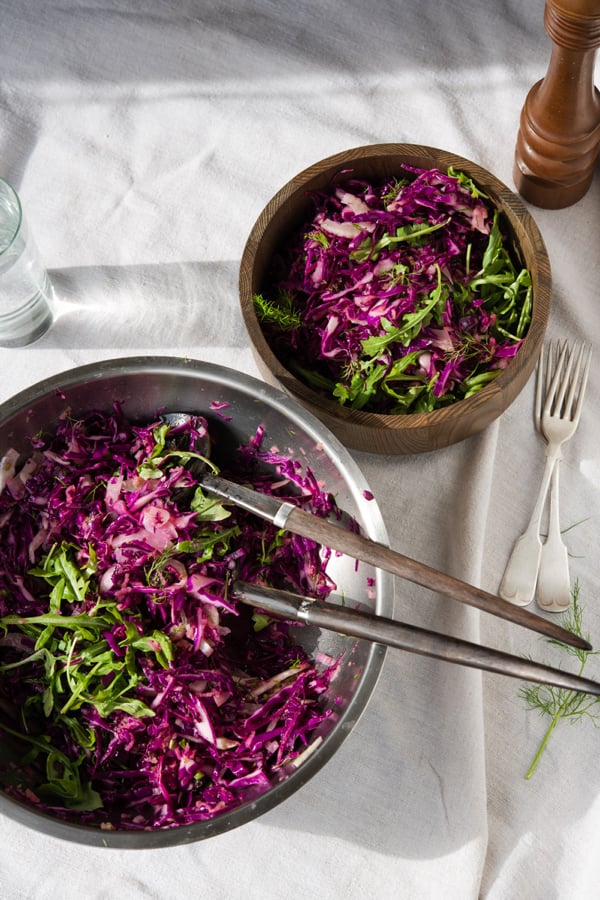 Red cabbage is one of my favorite vegetables: I love that it’s available nearly all year round, inexpensive, and so nutritious. And this looks like a lovely, fresh winter salad to use it in. 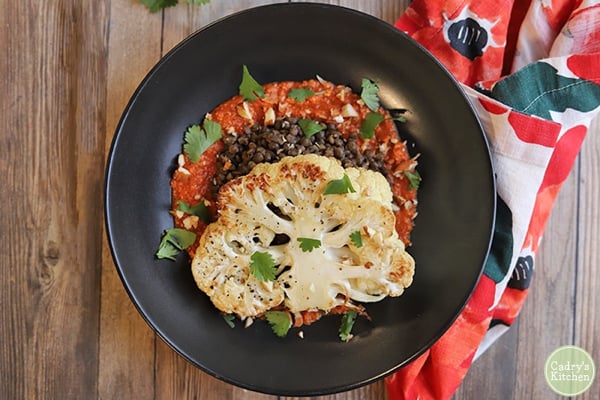 A nutritious recipe for vegan cauliflower steaks with lentils and romesco from my friend Cadry. 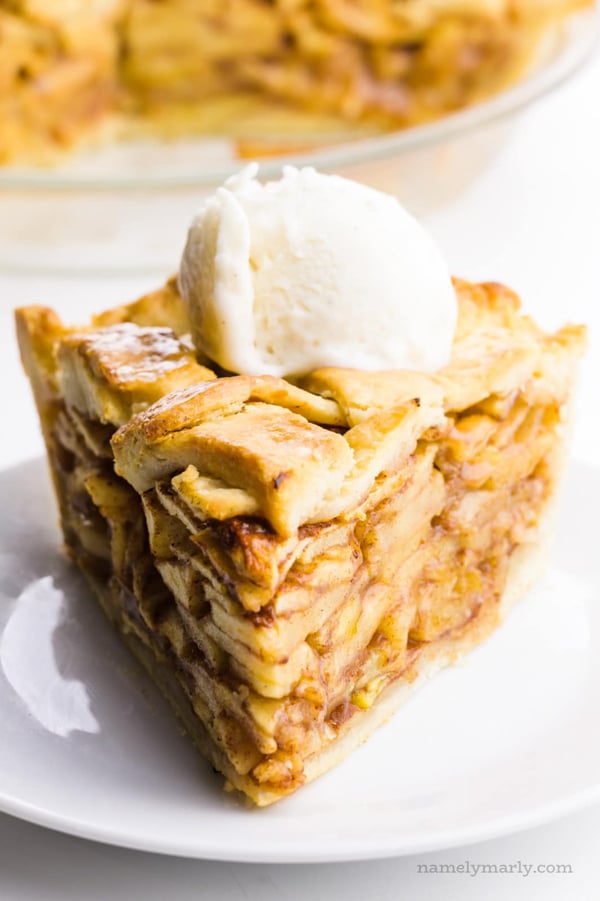 1. An interesting read on the necessity and difficulties of removing carbon dioxide from our atmosphere.

3. I was concerned to learn this week that work requirements have changed for SNAP (the Supplemental Nutrition Assistance Program, sometimes referred to as food stamps) recipients. Hundreds of thousands could lose access to the program.

4. New reporting on how social media use may be associated with disordered eating in young people. Good motivation for those of us who use it in a professional capacity to reflect carefully on the images and words we’re sharing, and I’ve taken it to heart.

5. Via the New York Times, one mother’s process of advocating for an autism diagnosis. I thought it was a touching meditation on the intuition that parents develop about their children and what’s going on with them.

I wish everyone a restful Sunday night. And hopefully this week I’ll have some food to share. Even when cooking is hard, I need to eat, and I’m my best self when I’m eating things that give me pleasure! Till soon.