I’m keeping this weekend reading post short and sweet, mostly because my writing energies have been wrapped up in posts for NEDA week 2019, which begins tomorrow! It won’t be a regular week of recipe-sharing here on the blog, but rather a week in which I take some time to celebrate the recovery process, with all of its challenges and gifts. If you take interest in this topic, perhaps you’ll check in from time to time.

For today, I wanted to share my appreciation for the responses on last Sunday’s post. It’s funny how writing works: when I wrote that post last weekend I thought I was venting about something that had been weighing me down. That was partly true—it felt good to get it off my chest, so to speak—but as is often the case when I write, the experience was healing in unexpected ways.

What I’ve felt most of all since publishing that post is a sense of relief in having articulated what I want without apology. I spend a lot of time yearning for partnership and an equal amount of time telling myself that I shouldn’t want it so much, or shouldn’t talk about the fact that I want it. Not sure what that’s about: I may be afraid to want what I want lest it not happen. And I may be—well, OK, I know I am—a little embarrassed to admit that I’m lonely.

It was powerful to put into words the thing I wanted, without apology. It felt good to stand in my truth, even if that truth involves a craving for what I don’t have right now. It was somehow important to articulate the desire in all of its urgency, rather than trying to pretend it’s not there.

Since last weekend, I’ve felt much more at peace and content in my space. Writing about the yearning didn’t make it go away, but it helped me to release some of the pent up energy that comes from carrying that desire around as privately and tightly as I do. Thank you for listening and for bearing witness.

And now, I’m jumping right into the recipes and articles that caught my eye this week. 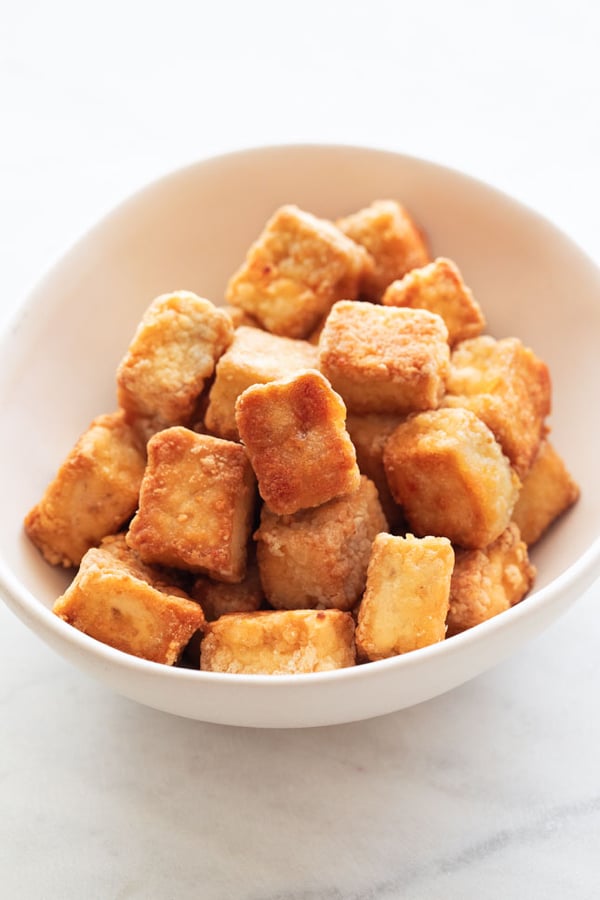 No matter how long I’ve been vegan, I can’t get enough simple baked tofu recipes. This one looks so crispy and good! 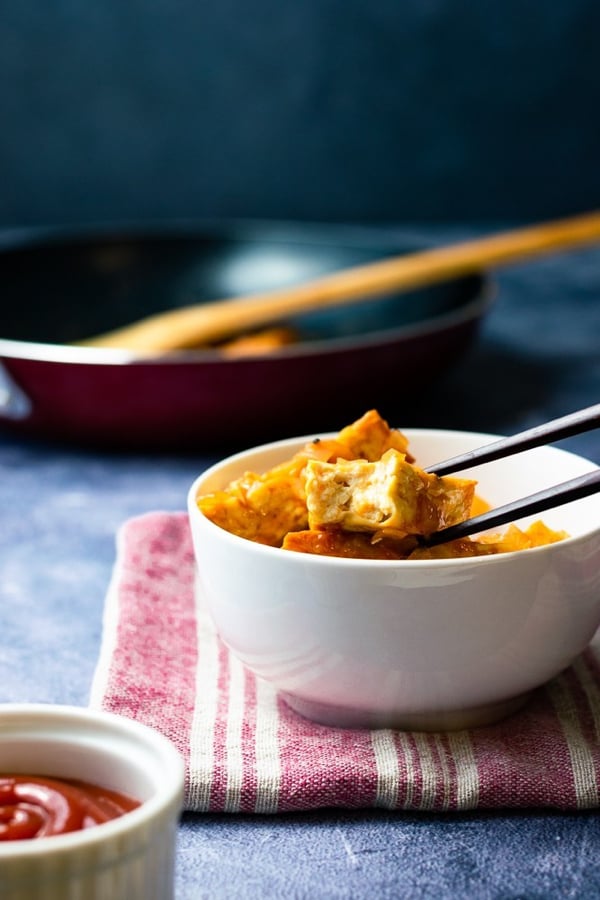 Speaking of tofu, how about an easy homemade ketchup sauce to go with it? I have a pretty intense love of ketchup, and I’m sure I’ll dig this. 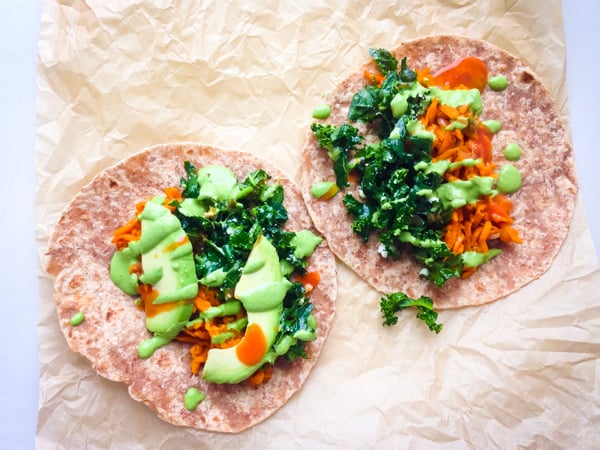 I’d never have thought to make pulled sweet potato (the only “pulled” vegan dish I’ve made has been with jackfruit), but Allie is onto something cool with these tacos. 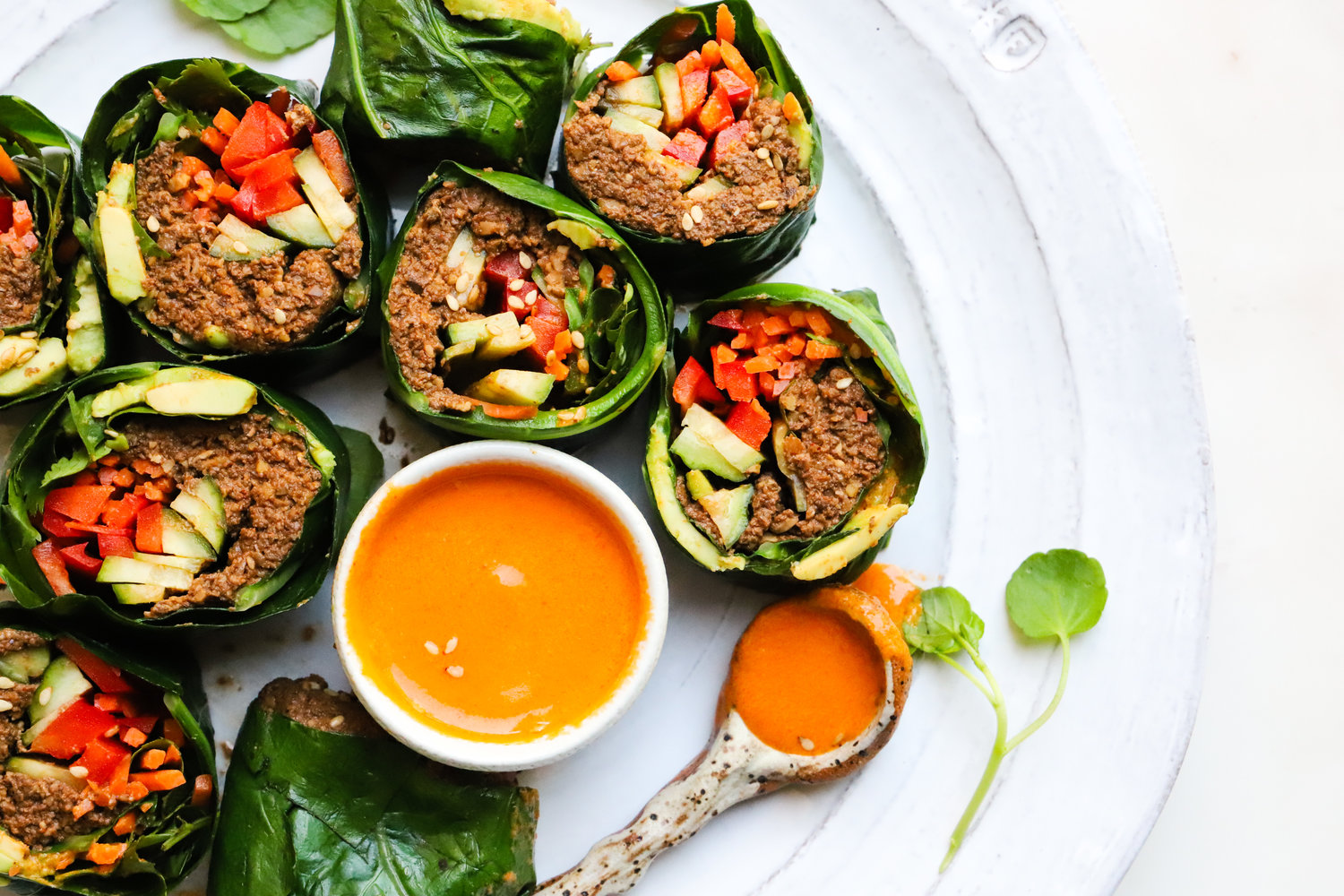 Been a while since I made a good collard wrap. I’m loving the looks of the mushroom walnut filling in Lindsey’s colorful rolls. 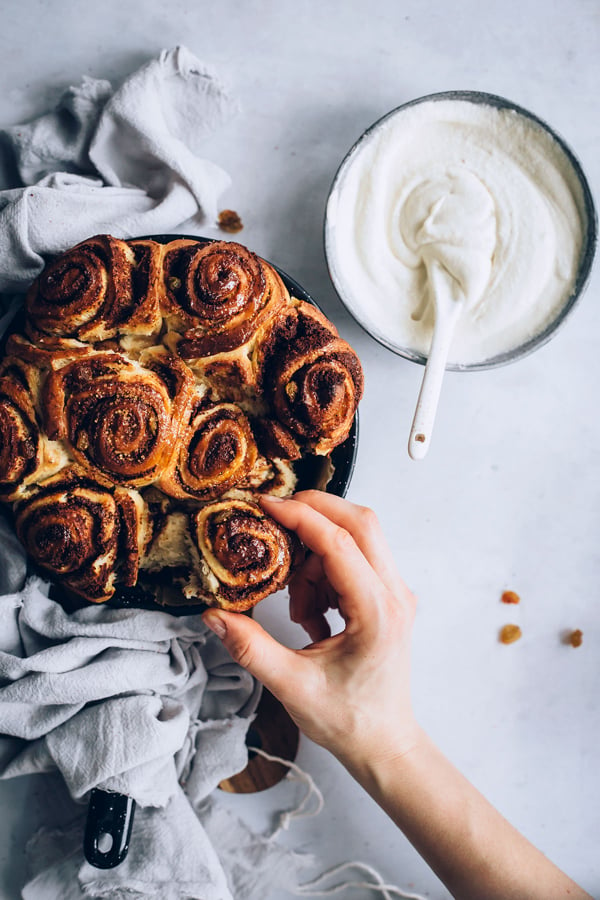 Finally, I’ll take all of the homemade vegan cinnamon rolls, please and thank you!

1. Undark reports on a new program that’s trying to break the taboos surrounding menstruation and female physiology in Afghanistan.

2. A topic that would never have occurred to me, but it’s fun to consider: what will space suits look like in the future?

3. A new study suggests that higher intake of whole grains is linked to a reduced risk of liver cancer.

4. The New York Times profiles Edray Goins, a prominent black mathematician. The piece sensitively portrays Goins’ isolation within his chosen field, as well as the subtle racism and moments of exclusion he’s encountered over the years.

5. Finally, Mashable reports on a pretty hilarious Twitter thread of people sounding off about having forgotten words in public. My favorite?

One of my cleverest and most fabulous friends at university (now PhD in neuroscience) once forgot the word for what she wanted in a restaurant and tried to explain with “like a really REALLY wet salad”.

Have a wonderful Sunday, friends. I’ll “see” some of you around here for NEDA week! And for those of you for whom ED recovery isn’t of interest, I’ll be back to regularly scheduled programming starting next week 🙂

Happy Sunday, friends, and happy Easter and happy Passover to those of you who celebrated over the weekend. I had something to celebrate in the form of a visit from my best friend, Chloe, who came up from New Orleans for a couple of days. It was great to see her, and it even compelled me to take some time off yesterday, which felt very…healthy. And sane. Now I’m refreshed, ready for a new week, and enthralled by these recipes and reads. I’m…

Happy Sunday! I hope you’ve all enjoyed nice weekends. I’ve been reveling in the autumnal weather; I’m so happy that my favorite season is here. To celebrate, here’s a mixture of delectable late summer and early fall food links, most of them of the breakfast variety. Because what’s better than a cozy breakfast on a cool morning? Nothing, I say. Warm with a bowl of creamy coconut millet porridge. This looks absolutely delightful. …and if you’re not quite ready for porridge, you can savor…