Last week, I was reflecting on the changes that happen in our ability to do things quickly. A reader pointed out that age is part of it, and I think she’s right. Energy is just different from year to year and decade to decade.

The same reader noted that her ability to multitask has changed with time. I gave some thought to that observation. I don’t multitask less than I used to, but I multitask a lot less effectively than I used to. I used to juggle things effortlessly, without giving much thought to the fact that I was doing it at all. Now it’s impossible for me to focus on more than one work task if I want to do it well.

I think it’s possible that I just overdid it on multitasking. I spent a long time balancing education and work. During that period, I could never really focus on one thing. It was rare for me to enter the kind of wonderful flow state that can happen when one is immersed in a single intellectual or creative process.

So there’s that—the fact that I got sick and tired of multitasking—plus age, which brings with the need and the desire for slow, attentive processing.

This week, I gave myself the ability to focus on one thing at a time. It was a new and somewhat radical experiment for me, since my work days are usually great big hodgepodge. I was still jumping between my nutrition practice and food work, but I told myself that I had to finish—or do as much as planned of—each task before interrupting it with other ones.

Not surprisingly, I was a little more productive this way. Being committed to reaching a sensible end point for each task before turning to another compelled me to work more quickly. It also encouraged me to set more realistic goals and commit to fewer things each day. This helped to repair the giant discrepancy that usually exists between what I think I can accomplish in a day, versus what I actually do.

Doing one thing at a time and refusing to multitask is the single most constructive and helpful change I’ve made to my work life in a while. I spend a lot of time reading about productivity, and I’m prone to experimenting with things and then abandoning my experiments. So who knows whether I’ll keep using this as an organizing principle.

For now, I know that working on things one at a time—with a commitment to completion rather than chipping away at everything piecemeal—feels good. Focus feels good. I know that I obsess over my own productivity too much, but overwhelm and falling behind aren’t great for my quality of life, either. Anything that helps me to feel both accomplished and deliberate is a huge win.

Wishing you a week that allows for both focus and wandering, in whatever proportions work for you. Here are some recipes and reads. 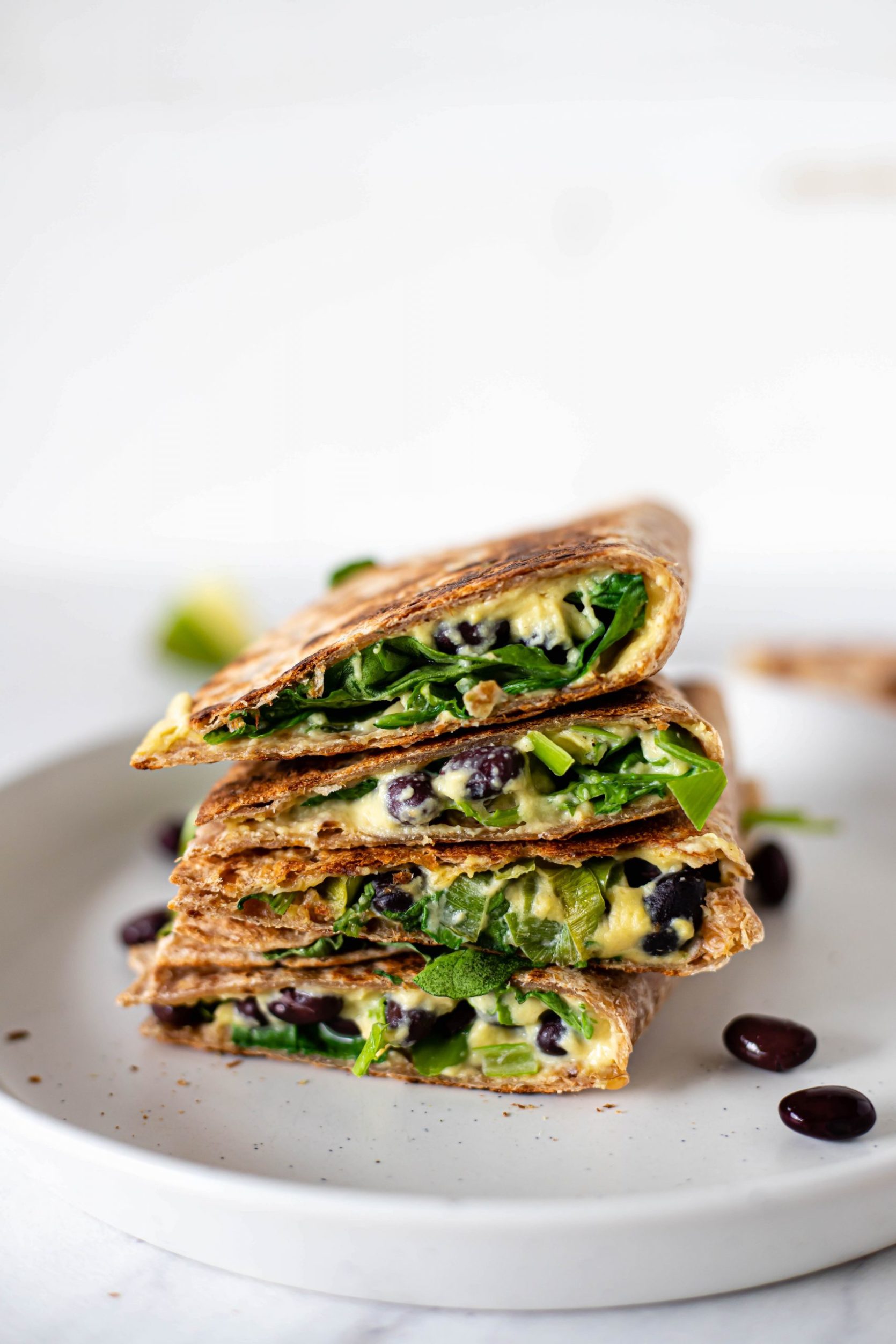 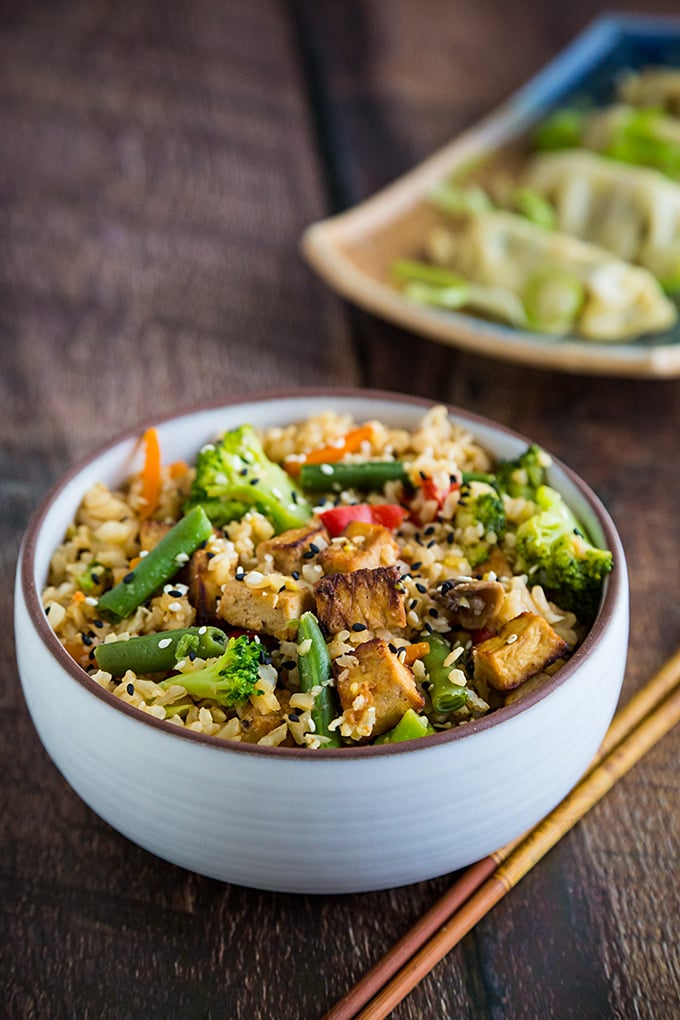 I always bookmark Susan’s “ridiculously easy” recipes, and this vegan fried rice is no exception! 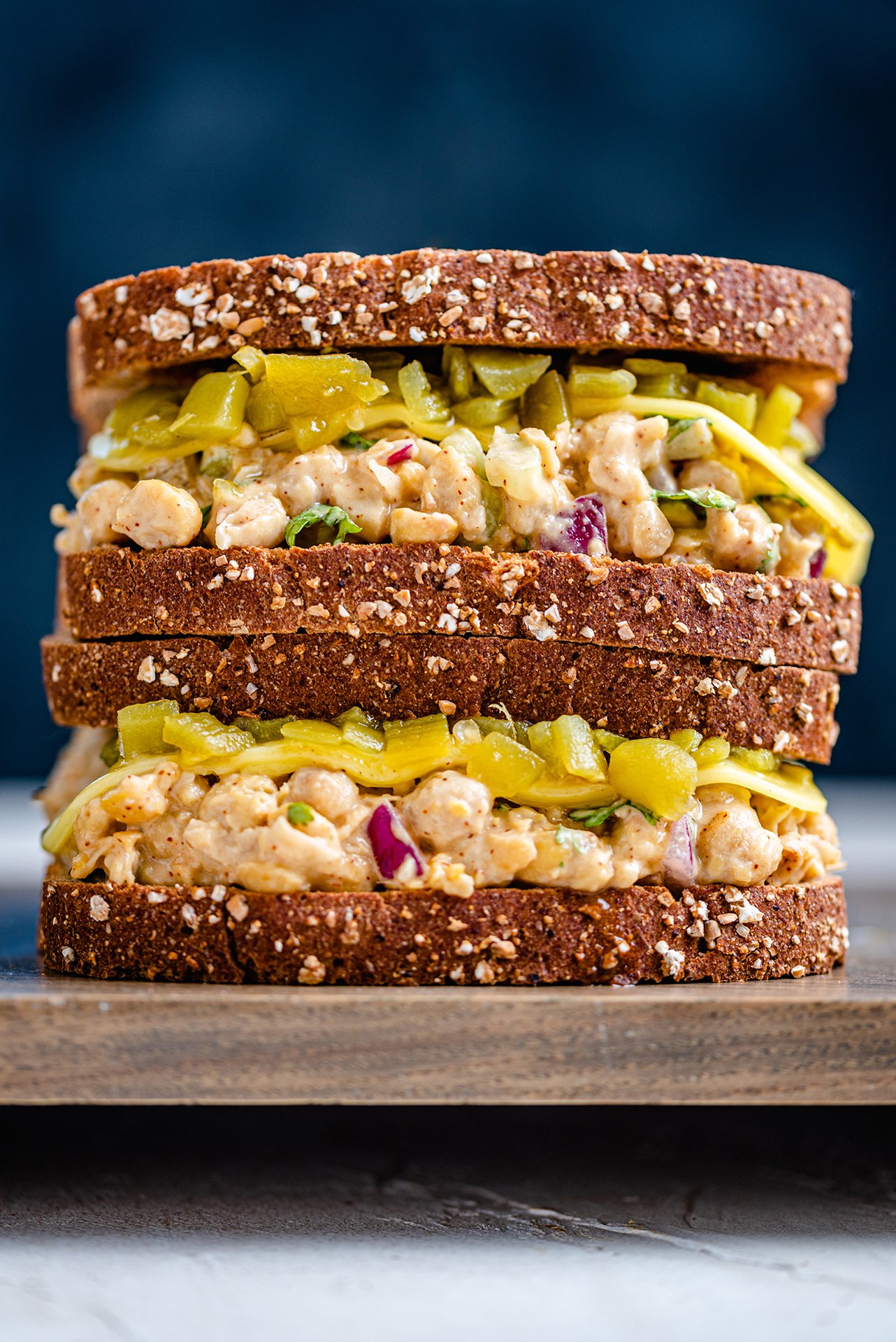 Steven’s green chili chickpea tuna melt is stunning, and a cool twist on a lunch staple that I make often. 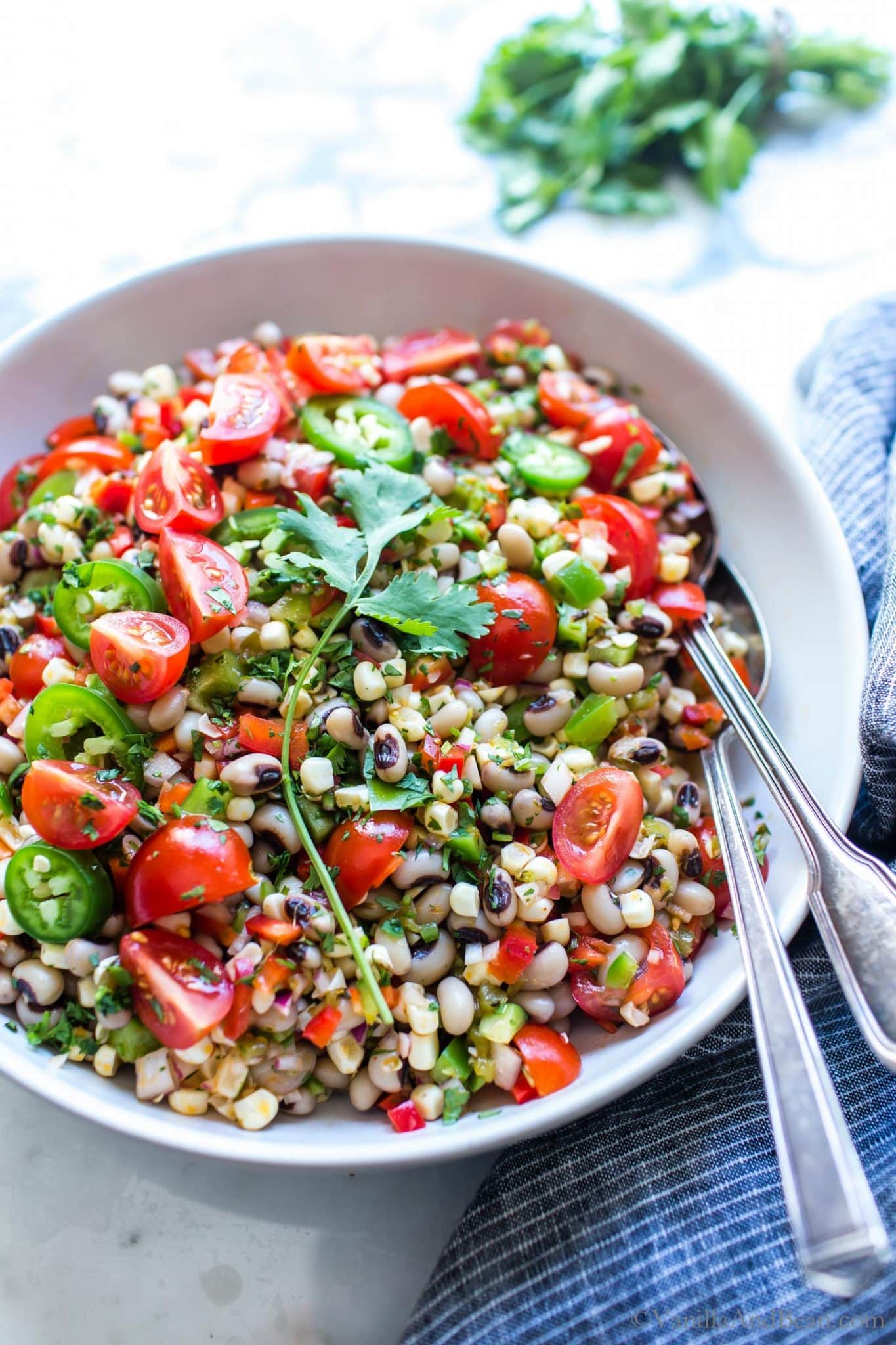 A vibrant and seasonal black eyed pea salad from Tracy of Vanilla and Bean. 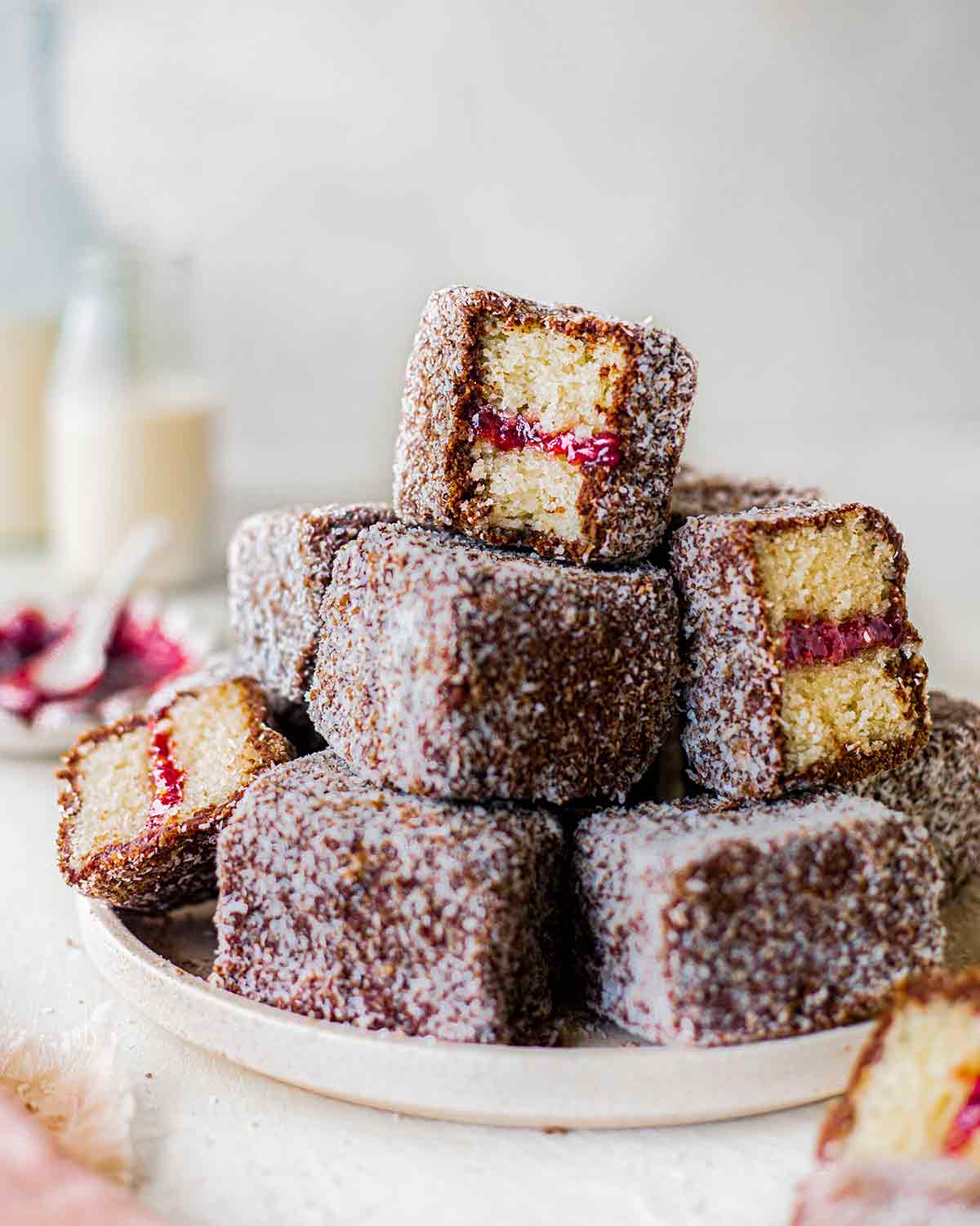 Finally, leave it to Anthea to make a vegan version of lamingtons, a dessert I’ve only ever seen accomplished on The Great British Bake Off, look easy.

1. Tara Haelle explains the concept of “surge capacity” and beautifully ties it into the experiences and sensations that I think many of us have had during this pandemic.

2. I just loved reading this article about archeologists who are reclaiming and experimenting with bread recipes from ancient societies.

3. As a post-bacc student, I remember at least a few biology labs that called for the use of HeLa cells, a line of cells derived from cervical cancer cells that were taken from Henrietta Lacks, who died in 1951. This article examines the ethics of our continuing to use those cells, and asks whether it may be time to retire them.

4. Elizabeth Dalziel chronicles her experience of working, parenting, and schooling at home with photographs—and a dose of gentle humor. I laughed at some of the images. While I’m not parenting or caring for a child at home, my apartment has reached a record level of clutter and chaos, too. I’m learning to roll with it.

5. A short series of interviews with USPS workers in New York City, many of whom have been working ten and even twelve hour shifts to keep up with demand.

My insightful reader who commented last Sunday said of her increased need for slowness: “on good days I see it as an asset; an opportunity to say that I have this new skill of moving slowly! I like to think that I listen better and can give someone my full attention.”

What a wonderful way of reframing something that I’d been struggling with, and feeling badly about. It helped me to approach this week differently, and I’m ever so grateful for that.

In When Things Fall Apart, Pema Chodron writes that “Nothing ever goes away until it has taught us what we need to know.” I realized the truth of her words this past week. Something important—a lesson I keep thinking I’m finished with—returned to me. And without wishing to enfold the story in neat endnotes, I can say that I think I may finally have learned what I needed to know. A big chunk of it, anyway. There’s more to this: lessons in healing,…

It’s been about two weeks since I took the RD exam. I’ve been easing back into things very gradually, giving myself time to appreciate the closing of one chapter and the start of another. This was the first weekend in a very, very long time in which I not only didn’t work, but didn’t feel that I should be working. I’ve struggled a lot with time scarcity in the past few years: a constant, low-grade anxiety about scheduling, planning, and falling behind. At…