Happy Sunday, all. This week seems to have flown by, but I did manage to catch a couple of show-stopping recipe links and interesting reads along the way. I hope you’ll enjoy them as much as I have.

Let’s start with a flash of color! These mashed purple yams with sesame brown butter from The Endless Meal couldn’t possibly be prettier–or more appetizing. (Follow Kristen’s instructions to veganize the recipe.) I can’t wait to try them as a dinner side. 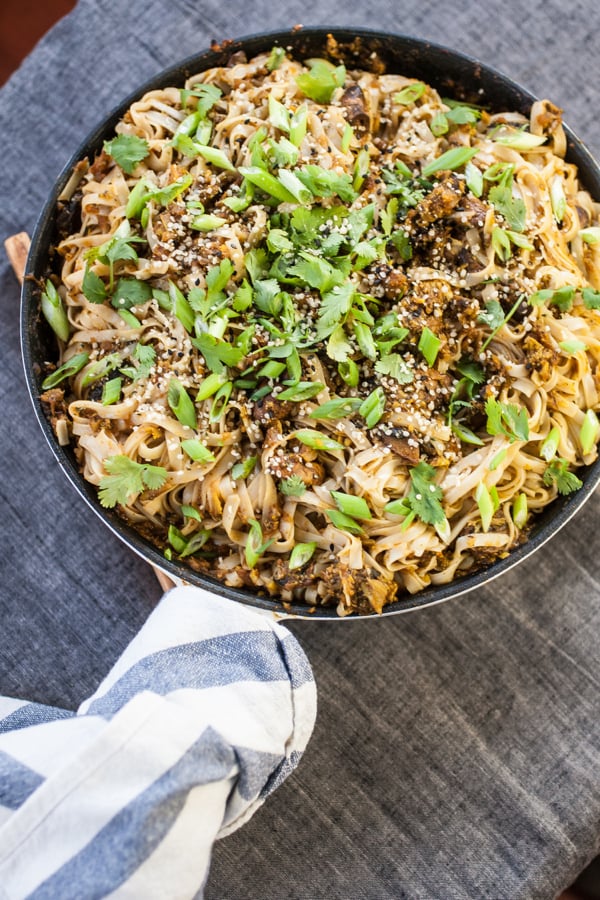 Katie of Produce on Parade has absolutely outdone herself with these bold, flavorful vegan curried noodles. What a perfect, one-dish meal! 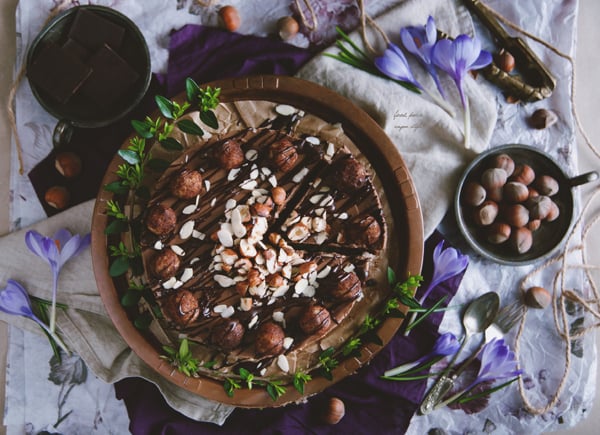 A dessert that’s both decadent and gorgeous: nutella tofu cheesecake. My lord. 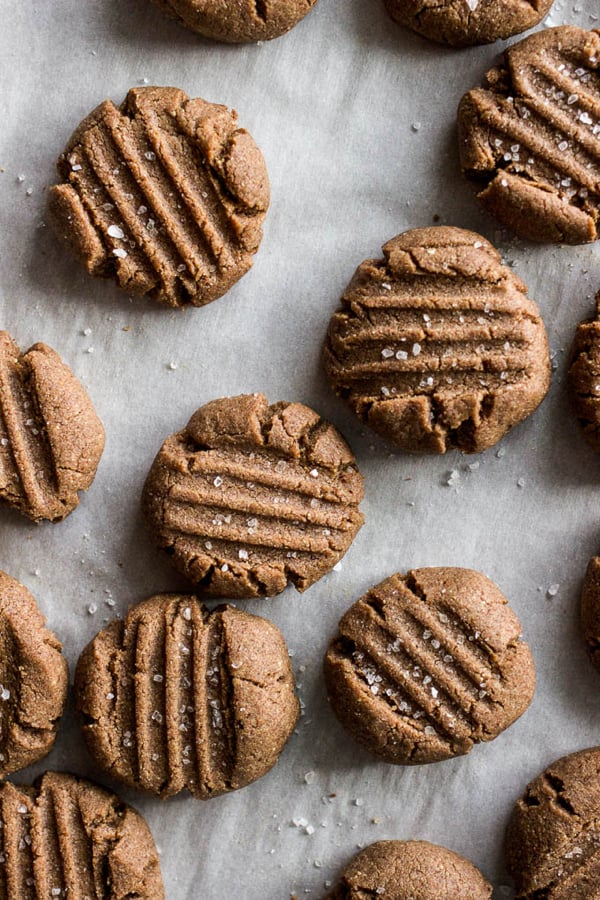 Teff is an ingredient that I don’t use nearly enough. But Tessa’s teff almond butter cookies may be just the vehicle I need to give them a try!

1. To begin, a really interesting article about feigned illnesses (including mental illness) throughout history. The author, Daniel Mason, is a psychiatrist and a novelist (I enjoyed his book, The Piano Tuner), and he takes a deep interest in what motivates a person to feign illness. He details how feigned illnesses have been used to aid and abet crime, to avoid or escape military service, and to garner attention. He also writes about the sense of an audience that can, for some people, accompany the experience of sickness, and he unpacks some of the self-deceptions concern psychiatrists:

“Many of the classic defense mechanisms described by Freud and his successors involve some kind of self-deception: the conversion of mental symptoms into physical ones is, after all, a deceit played upon the body by the mind. But we may lie about the source of our mental symptoms too. We tell ourselves that we despise what we actually desire. We fantasize. We distort. We think we are angry at a child when we are angry at a spouse, or at a spouse when we can’t bear yelling at a child. We deny emotions or project them onto others…And we lie, in part because…deception keeps us safe.”

Most of the health problems I’ve encountered were deeply tied to mental struggles–mental illness in the case of my anorexia, or stress/anxiety in the case of my GI problems. My client base is full of individuals who experience a similarly blurry line between what might be called “mental” and “physical” illness. My resulting intimacy with psychosomatic illness has given me a porous vision of the boundary between mind and body. Research suggests that mental symptoms can manifest physically through some well-validated biological mechanisms, so I’m not sure that I would call the conversion of mental symptoms into physical ones a “deceit” (even if I know what Mason means). Still, I find this discussion of defense mechanisms interesting, and the historical perspective that Mason offers is colorful indeed.

2. Perhaps some of you spotted this ED and recovery narrative in Self magazine. It’s entitled “What It’s Like to Care Too Much About Healthy Eating,” and it’s a story of both anorexia and orthorexia. It is powerful and harrowing (definite trigger warning), but it has a positive and inspiring ending. One thing I liked was that the subject of the article, Rachel Levine (who shared her story with writer Erin Bried), mentions that her orthorexic tendencies may have been connected to family dynamics:

“Four months after I’d checked in, my parents came to visit. I was still extremely underweight, but to celebrate their arrival, I got a pass to join them for lunch in town, where my counselors advised me on what to eat: a club sandwich (with cheese and ranch dressing) and fries. After I’d ordered, the waitress turned to my dad. “I’ll have a salad,” he said, “no dressing, grilled chicken on the side.” Upon hearing his healthier-­than-mine order, I burst into tears and ran outside.

When I was growing up, food and exercise had always been a major deal in my house. Both of my parents were always physically active. My mom would often follow fad diets—with little success. And my dad, perhaps because he’s a doctor, viewed everything he put into his mouth in terms of its health impact, as in “Eating too much of this could one day give you a heart attack.” He was always concerned with his diet. So when my dad ordered, something in me clicked. Countless hours of family therapy would eventually reveal that I wasn’t the only one in my family who had orthorexia. He ultimately got help, too, and our shared struggle has brought us closer.”

It’s fantastic that Levine has the courage to mention this. In my work, I can’t tell you how often I hear childhood stories that unveil interconnectedness among different family members’ struggles with food. I’ll hear a client describe how her mother picked at a plate of salad while the rest of the family feasted on dinner; about a father who read nutrient labels obsessively, or a sibling who was always on a diet. I hear about homes in which diets and weight loss were always an open topic of conversation. Often it’s the case that these patterns emerge from well-intentioned places; recently, a client told me that, after her father suffered from a heart attack, her mother put the entire family on an extremely health-conscious diet. It was appropriate for her father’s needs and an act of love, but it left my client with a lifetime of anxieties about food that are only now starting to dissipate.

I’m not suggesting that we necessarily look at our family dynamics as a way of assigning blame or avoiding the process of doing our own “work” when it comes to recovery. I myself had a mother who had a fantastic relationship with food, so I know very well that there isn’t always some sort of direct lineage between parents and children when it comes to EDs. Beyond that, we all needed to be granted some freedom and forgiveness as we struggle with our own stuff. But I do think it’s important for us to remember that our words and actions around food are felt and heard by our families (the families we live in, and the families we create–close friends, etc.). And I think that it’s often necessary for members of a family to band together when confronted with an ED, first by being willing to examine how shared dynamics may have contributed, and more importantly by active participation in the healing process.

3. A great profile of Jane Goodall, who at the age of eighty-one continues to do remarkable work for and with chimpanzees.

4. An interesting new study has shown links between high fat diets and neurobehavioral shifts, mediated through the microbiome. The study, which was sadly conducted on mice, demonstrated that when non-obese mice were given a transplant of gut flora from mice who had been fed a high-fat diet (as opposed to a control diet), they showed anxiety, impaired memory, and repetitive behaviors, as well as increased intestinal permeability and raised inflammation markers. Needless to say, far more research is necessary to determine the mechanisms at work here, as well as the real-world implications for human test subjects and human nutrition, but it’s provocative for sure.

Incidentally, it reminded me of Harvard’s incredible study last year, which demonstrated a link between diets that are high in meat/dairy and a rise in Bilophila gut bacteria, which are linked to inflammation.

5. Finally, I’m sure that many of you have already seen this op-ed from Dean Ornish in the New York Times this week. The title is a little catchier/more provocative than I’d like, but I thought it was well done overall. Ornish’s main point is to say that our current wave of alarm about sugar (which verges on hysteria, depending on what you read) is really drawing attention away from the big picture when it comes to diet. The American health and obesity crisis is not the result of one single dietary culprit: it’s the result of a whole nexus of excesses, from meat to saturated fat to refined carbs to sugar, as well as the role of limited exercise/movement. Ornish puts it simply: “The debate is not as simple as low-fat versus low-carb.”

He goes on to cite his studies and some others, which show that lower-fat, plant-based, whole foods diets are strongly correlated with chronic disease reversal. I believe in the power of plant-based diets, and so I always enjoy reviewing these studies. But the takeaway point, for me, wasn’t really about pitting one kind of diet against another. It was an attempt to fight back against the greatest trend in the nutrition world these days, which is to single out one thing (right now, sugar/refined carbs) and demonize it. The truth of the matter is that nutrition science is multi-faceted, complicated, and nuanced, not simple and easy to pack into sound bites. The “eat this, not that” approach sells books and generates traffic, to be sure, but it does us a disservice, because it prevents us from understanding the complexity of nutrition science. 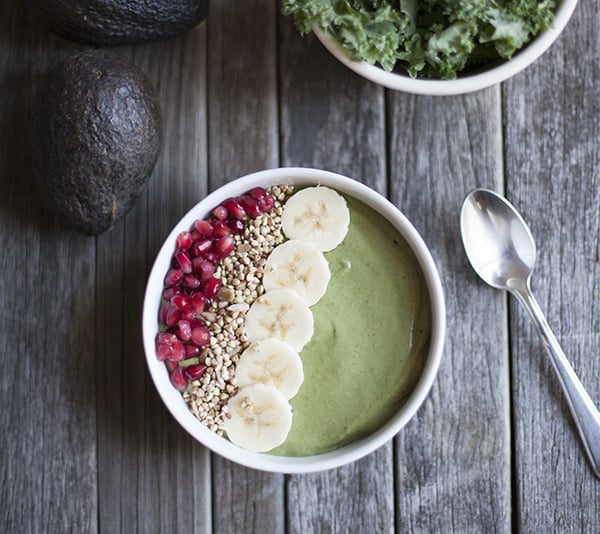 And that’s it for today. If you missed Friday’s post, I’m giving away an awesome prize from SproutLiving, makers of high-quality, superfood-infused vegan protein powders (and I shared a great smoothie/”ice cream” bowl recipe, too). Check it out, and I’ll see you back here tomorrow!

For a few weekends in a row, I’ve written this post in a reflective, calm state, posted it early in the day, and spent the remainder of my Sunday doing what needs doing. Not today: the Sunday Scaries swooped in this morning, and in spite of planning some nice stuff in the afternoon (including seeing a play with my mom) that helped to quell them, I’ve just been too scattered to sit down and write anything. I’m starting a new internship rotation tomorrow….

As I was drafting this post today, I looked at the date and realize that May is, amazingly, more than halfway over. This spring–this year, really–seems to be flying by. I had so many goals for my blog in 2015, and one of them was to put more of myself into each and every post, to invest my words with the kind of candor and intimacy that (I think) characterized my blog when I first started blogging. But it’s a sad fact that…