I met on Thursday with a local therapist who specializes in eating disorder treatment. She has a number of vegan patients and wanted to chat with me about some of the nutritional and cultural considerations; I was eager to hear her perspective on treatment as a whole. It was a good conversation, rich and interesting.

Over the course of tea, we kept circling back to the importance of meeting people where they are and offering them full support through the challenges of treatment. My new friend echoed something I’ve written about often on the blog, which is that leaving behind ED behaviors often unveils underlying issues—personality disorders, compulsions, depression—that the disorder might actually have protected against. In this sense, letting go of the struggle with food is only the first step in a long, complicated process of self-exploration.

No matter how many times I say this, write about it, acknowledge it as a fundamental truth of my own recovery, I’m struck by how important it is and how greatly I wish I’d been prepared for it at the start of my process. Like many people, I had the hope that my disorder was The Problem, and that once I recovered everything would feel better, richer, fuller, happier.

What to say about this? On the one hand, what I hoped for is what I’ve gotten: an infinitely richer life than the one I had when I was sick. On the other hand, I didn’t understand until years into recovery that my ED had actually shielded me from deeper issues that I didn’t yet have the capacity to address. I didn’t have to; my ED, with all of its daily demands, guaranteed that I wouldn’t have the bandwidth for anything else.

In this sense, being “recovered” was the starting point in a long process of excavation. At times, uncovering the stuff that my ED protected me from has been incredibly painful; it’s certainly an affront to the tightly controlled identity that anorexia gave me. Recovery, in and of itself, hasn’t been wholly curative.

When I told this to my new friend, she nodded her head and took a moment to think. Then she shared how difficult it can be to offer her patients hope while also being truthful about the fact that recovery isn’t always going to feel good, or conclusive, or clear.

Yet here’s the thing: if you don’t let the eating disorder go, there’s only one reality. It’s the reality of living with your disorder, which will eat up your energy, erode the parts of your identity that don’t revolve around food, and keep you hidden from the world. You may function very well; you may work, socialize, achieve, and share parts of yourself with others. Ultimately, though, there will always be the great, invisible barrier that an eating disorder creates between you and a fully realized human experience, with all of its sensuality and surprise.

If you choose recovery, you’re choosing a spectrum. That spectrum will include pain, which may for a while seem unfair, given all of the work you’ve done. You may wonder what the effort and persistence has been for, if not to delivery you an immediate windfall of happiness.

But if you stick with it, over time, life will unfurl a lot of sweetness. Along with the continuing pangs of self-exploration will come unexpected joys. I can’t begin to name all of the things that are possible for me now, post-recovery, but I can name some of them: spontaneity, celebration, intimacy. Most of all, a truly pleasurable relationship with food, one sweeter than I ever thought would be possible for someone like me.

Recovery has not felt like salvation. I’ve got the same internal struggles that I did before—and perhaps a greater awareness that they’re there. But recovery has shown me a kind of grace. It’s allowed me to appreciate the fullness and complexity of life. To apprehend this fullness, even when it’s a challenge, is always more meaningful than my past efforts to control everything I felt and experienced.

Today, on this Easter, I wish you all a sense of hope about whatever you’re working through. To work through things is somehow never as straightforward as we hope it’ll be, but it holds possibilities that we can never imagine at the outset. It’s worth it. Keep going.

Here are some recipes and reads. 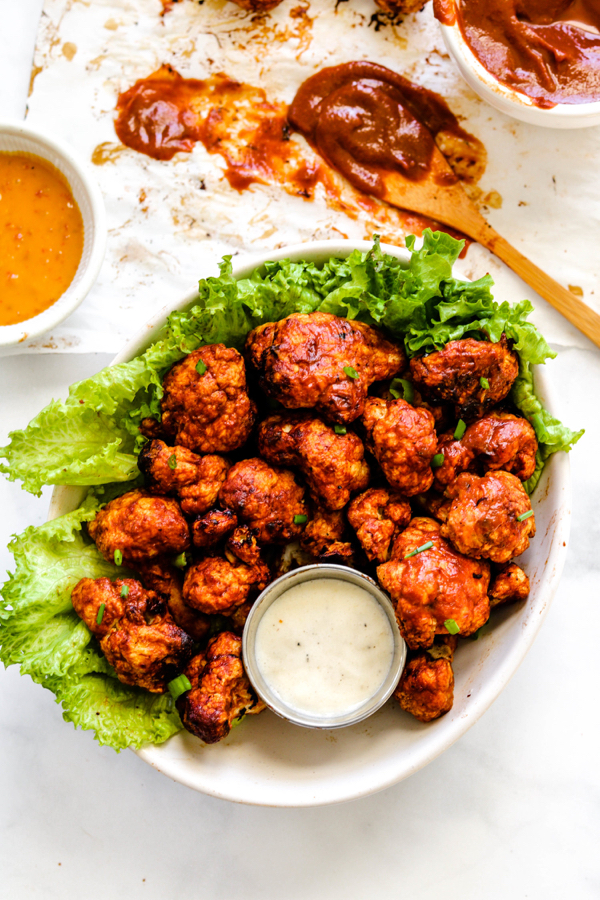 I’ve had an incredibly limited air fryer repertoire so far, but I love mine, and these vegan cauliflower wings are going on my list of things to try. 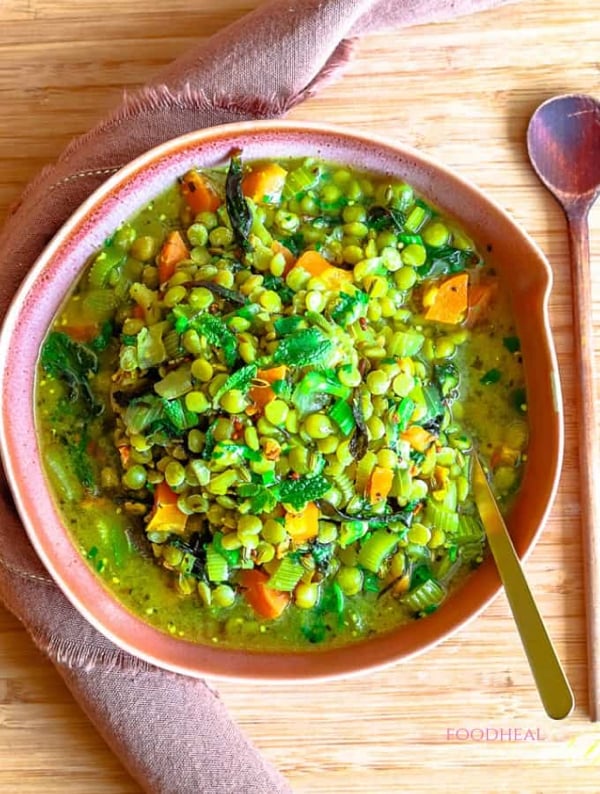 Split peas are one of my favorite legumes, but I do tend to use them only in a pretty traditional soup. I love the idea of this celery and split pea dinner. 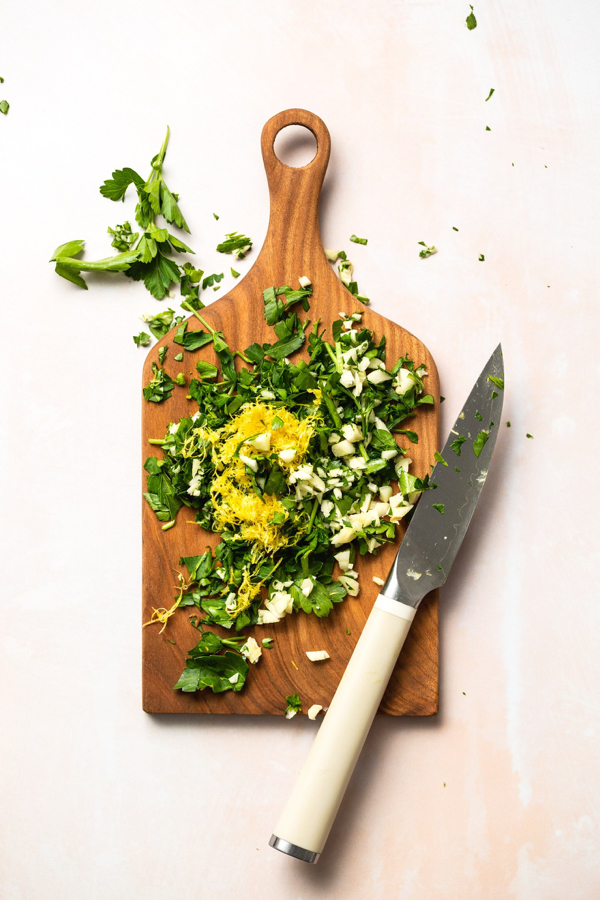 Grateful to the lovely Shelly for explaining to me the difference between gremolata vs. chimichurri. And for giving me a simple recipe for the former! 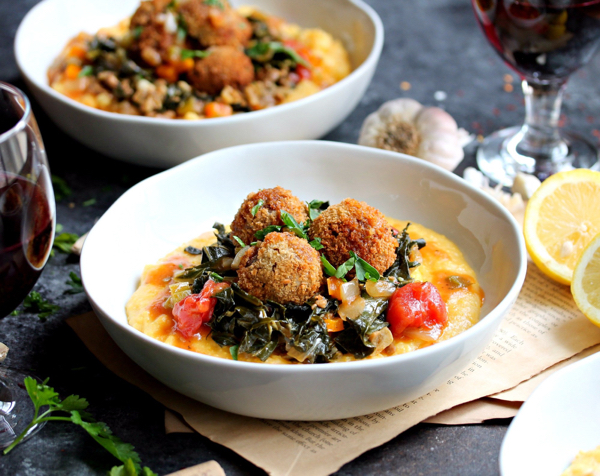 Ashley’s created a vegan version of the traditional Southern dish of grillades and grits, and it looks awesome. 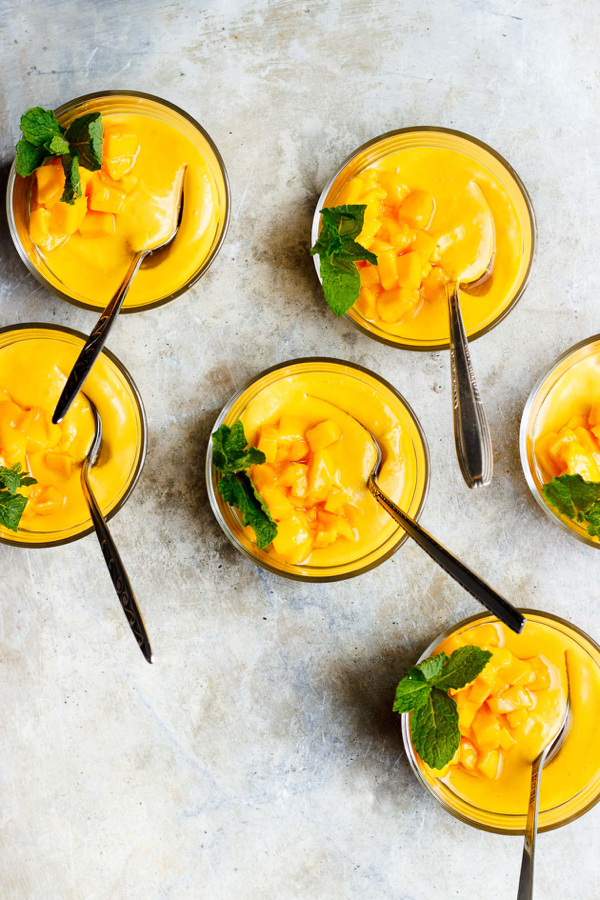 Finally, it’s not quite mango season around here, but I’ll be making Sherrie’s raw vegan mango pudding just as soon as it is.

1. Mosaic reports on how going hungry in childhood affects children for the rest of their lives—a vital topic, given the prevalence of food insecurity in America.

2. Jed Gottlieb’s article on new technologies in hearing aids is also an interesting exploration of the shame that continues to surround hearing loss.

3. Leprosy is on the rise in India, and The New York Times has a thorough report on the fight against its resurgence.

4. Only three years ago, when I was taking medical nutrition therapy, there was a strong suggestion that vegan diets were difficult to reconcile with some of the dietary requirements (low potassium and low phosphorus) of chronic kidney disease. But there’s evidence that plant-based eating can be very beneficial for CKD, too, and I’m glad to see it mentioned here.

5. Helen Branswell reports on the new malaria vaccine, and whether or not it can live up to its promise. (I hope so.)

Happy Sunday, happy holidays, and a happy start to the week to you all.

Happy sunday, all. I hope you’ve had good and restful weekends. For those of you who missed yesterday’s post, I’m giving away a copy of Cara Reed‘s wonderful new book, Decadent Gluten Free and Vegan Baking. Check out the giveaway for a chance to win! On to weekend reading. These savory mushroom pancakes are so unique, and would be a delightful weekend brunch dish. Can’t wait to try them! Before eggplant and peppers go out of season, make Golubka’s gorgeous eggplant and pepper…