I think I’ve mentioned that cooking has been unpredictable this year.

Sure, I’ve made dishes that were successful (as in, I liked the way they tasted, the recipes turned out more than once, they weren’t too laborious to make).

But this has also been a year of recipe fails. I can’t remember the last time since I taught myself how to cook in my twenties that I’ve had so many culinary flops. Sometimes things haven’t worked out technically: odd texture, wrong cooking time, too dense or too runny. And some recipes have just tasted lousy.

I usually finish or find a way to repurpose the things I make, in order to avoid food waste. But I’ve made dozens of recipes this year that I can comfortably file under “never again.”

It could be the pandemic and the strange, subtle ways that it’s affecting everyone’s productivity and focus. Or maybe I’ve been so focused on cake baking and reheating Gardein meatballs in quarantine that I’ve lost my touch in the kitchen.

Either way, I had another two recipe fails this week. Each one of them made me so annoyed, so frustrated, so resentful of the money I’d spent on ingredients, the time I’d devoted to cooking, and the fact that I had a bunch of leftovers on my hands that I didn’t really want to eat.

As I nursed my exasperation about the second flop, I had an important realization: I’d never have known why my recipe idea was doomed to fail if I hadn’t tried making it. This was true of my recipe disaster earlier in the week as well. I identified its flaws only through cooking it once and witnessing its nonsuccess.

This reminded me of the time a doctor told me that he always applauded residents who decided to switch specialties early in training. “Great,” he’d apparently say to them. “You wouldn’t have known if you didn’t try.”

This is part of what I told myself after I didn’t go to medical school, speaking of doctors. A little different in the sense that my desire to practice medicine didn’t change when I got rejected. But my confidence that I was cut out for the training and lifestyle did change. It had been shaken even before I got my last rejection letter.

I still think about the things I’d have loved about practicing medicine sometimes. But I’m able to experience nearly all of them as a dietitian, along with a creative life that I couldn’t have sustained through medical school and residency.

I’d never have known any of this without doing my post-bacc, struggling like crazy, and coming to the end of my road with the process.

That’s the thing about perceived failures, false starts, and disasters big and small. It’s very easy to identify what went wrong and dwell on what we didn’t obtain, achieve, or experience. It’s less common for people—myself included—to take note of the knowledge we gained as a result of something going awry.

It’s so hard to be thankful for jobs that aren’t a good fit, relationships that don’t work out, creative projects that fall flat, and yes, recipe disasters. But they’re all purposeful. Just as positive experiences reinforce what we want or show us where to direct our energy, “failures” show us what isn’t meant to be.

I’ve been cooking for a while, and it really shouldn’t come as a shock to me that I learn something when recipes don’t work out. I got the message this week, though. I have no idea how many burnt, salty, oddly textured, dense, bland, or totally nonsensical recipes are in my future in 2021. But I hope I’ll be able to embrace each one of them for teaching me something. About cooking, of course, but about accepting the journey, too. 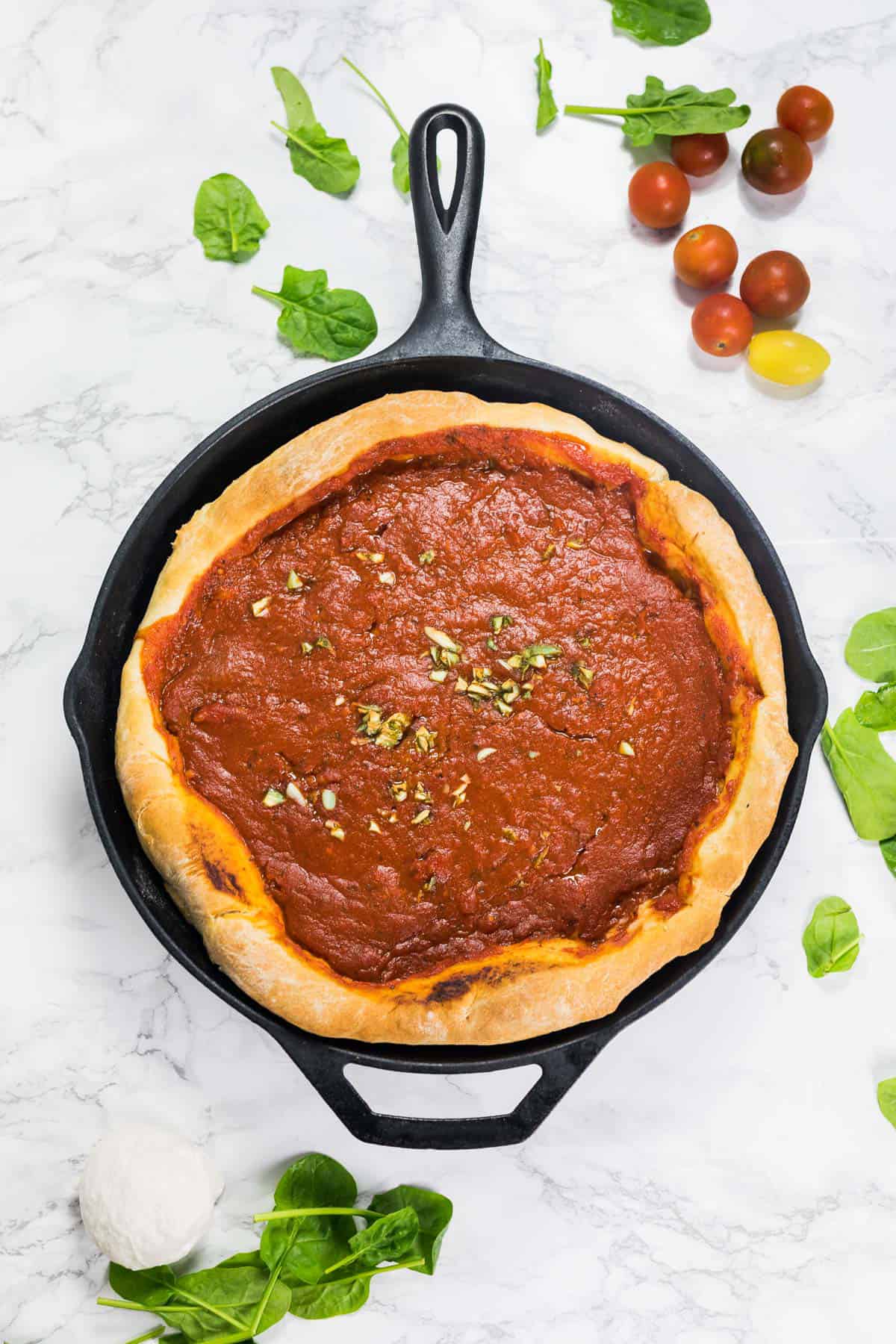 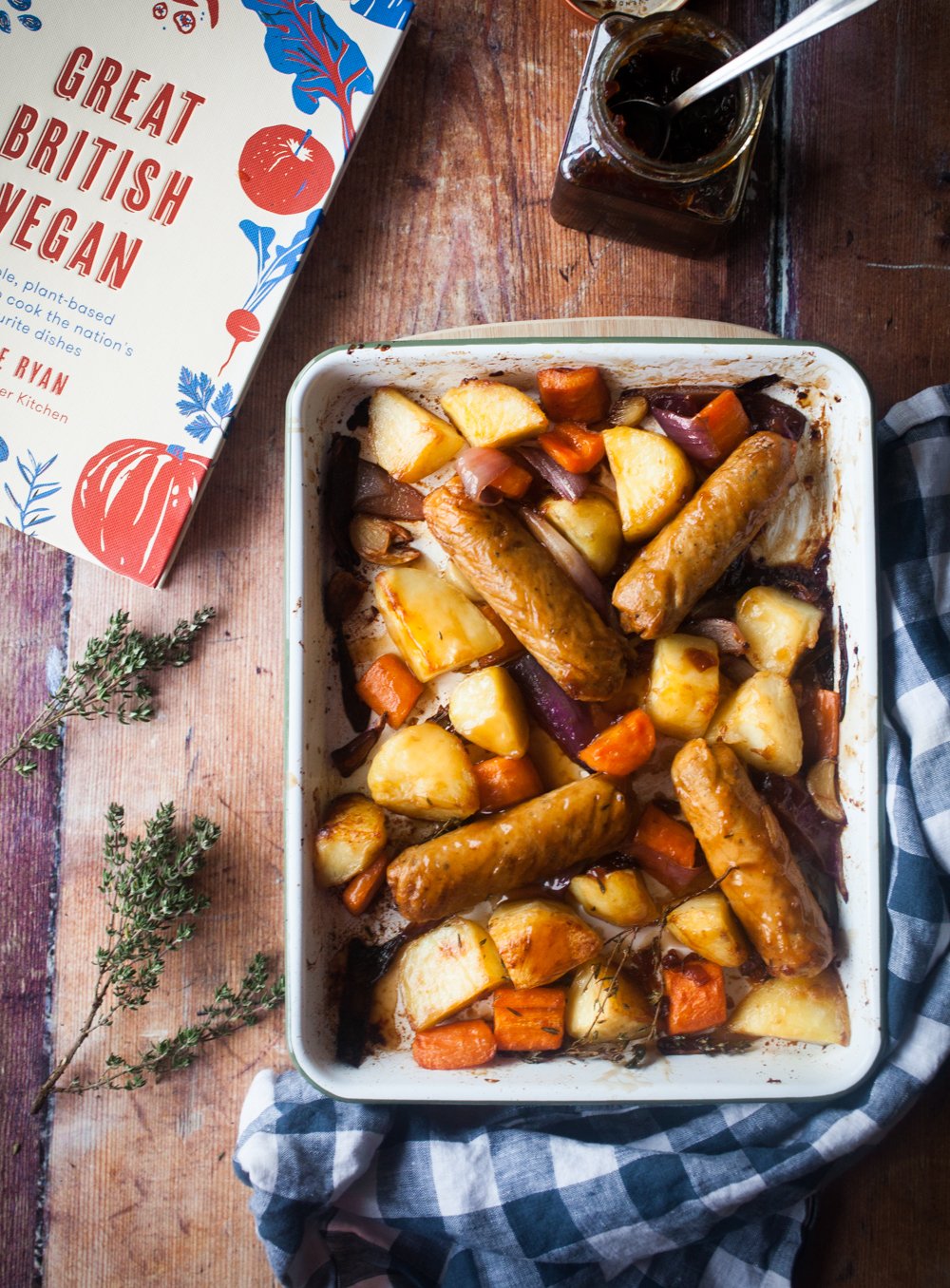 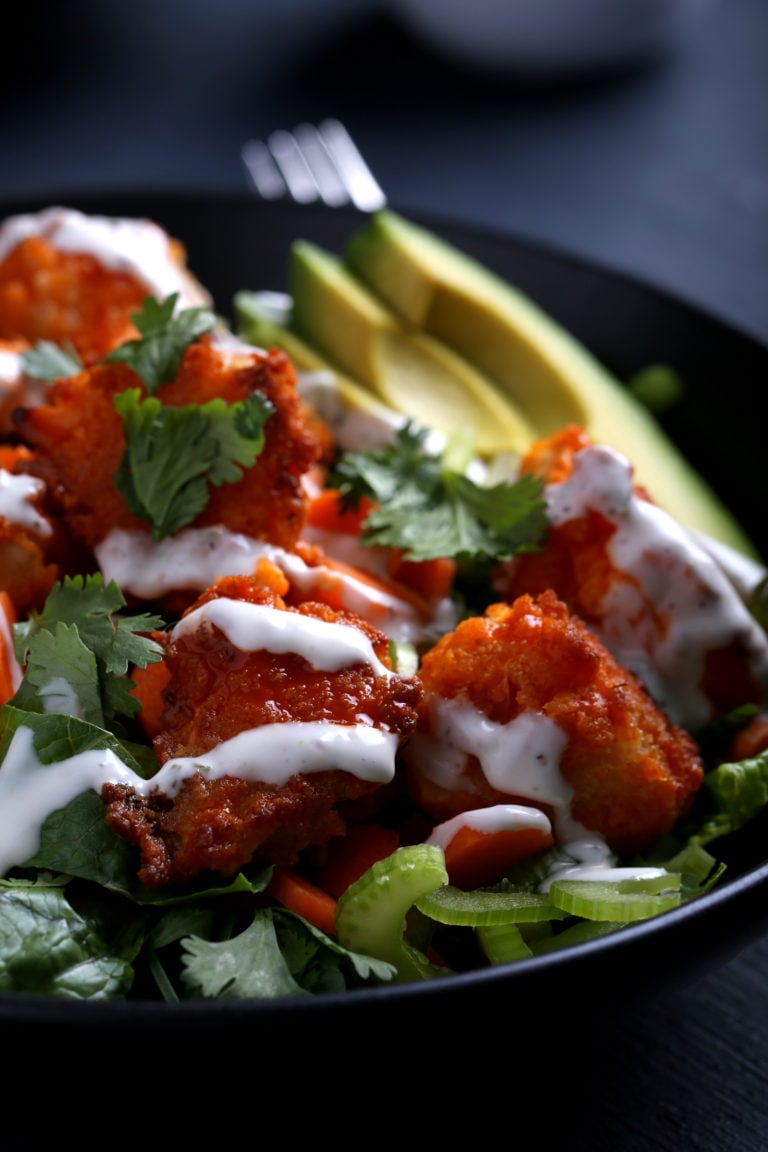 Not a new recipe, but I recently pinned Erin’s crispy buffalo cauliflower salad to make ASAP. 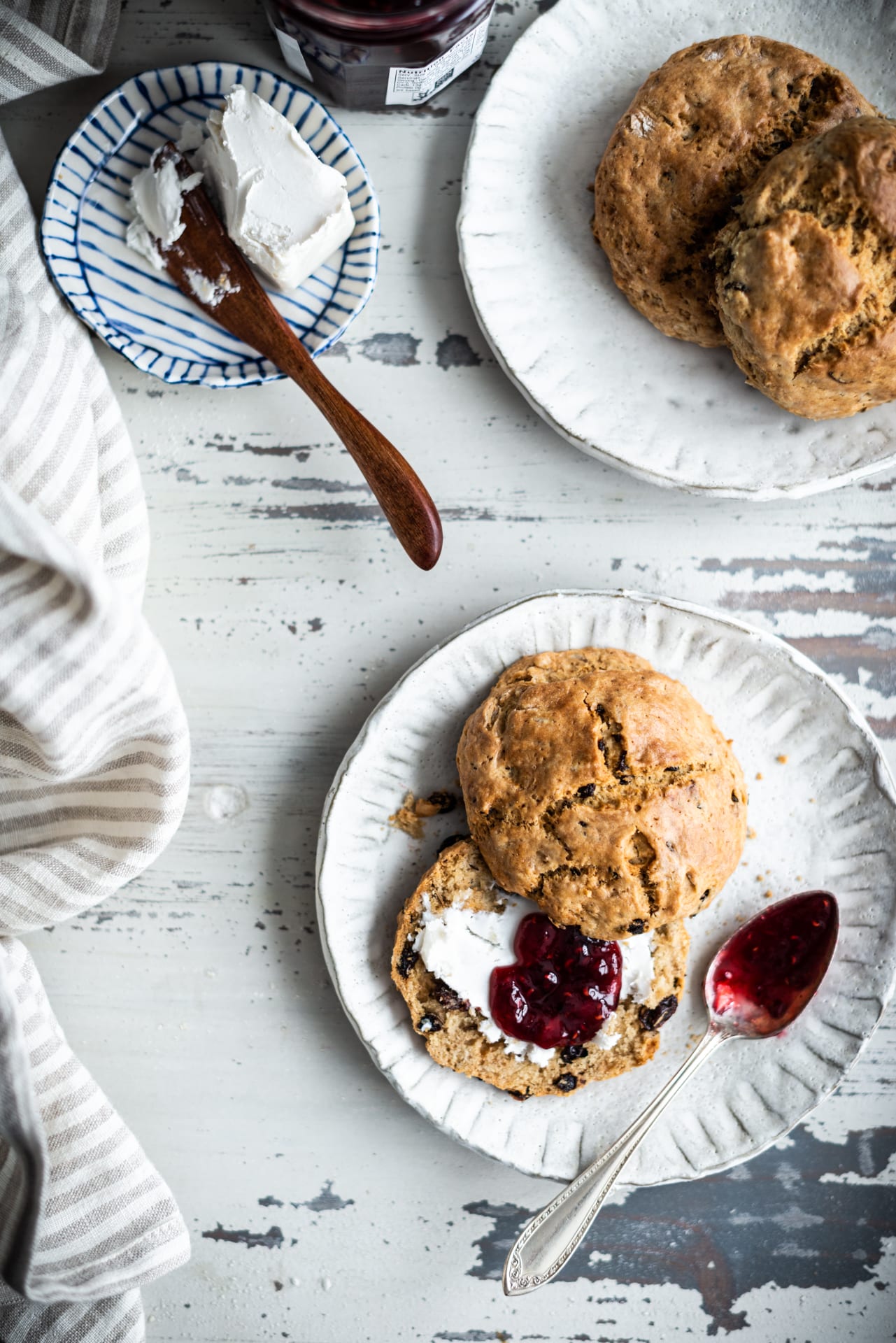 St. Patrick’s Day is over a month away. Too early to be thinking about Irish soda bread scones? 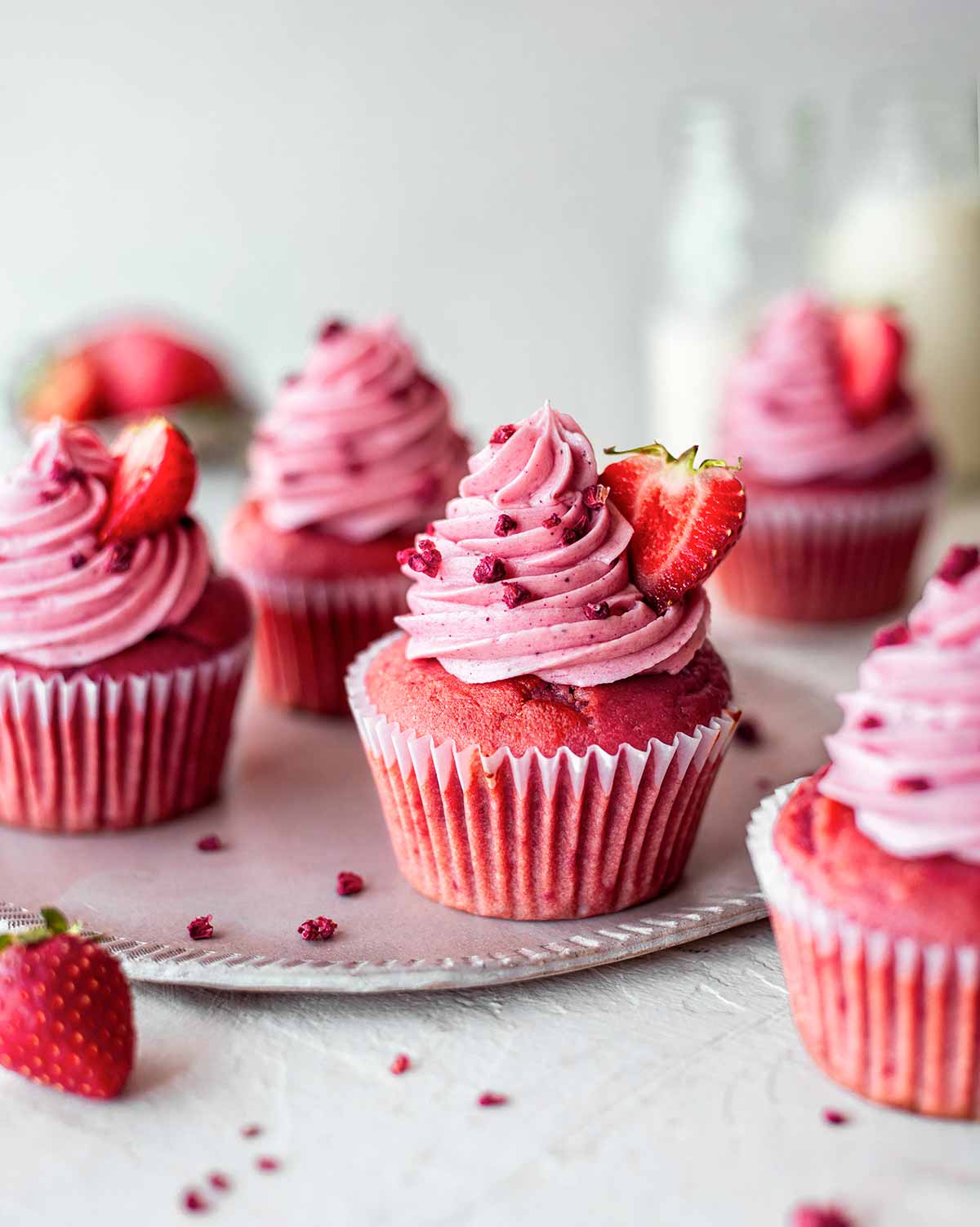 With Valentine’s Day next Sunday, it’s definitely not too early to be gazing longingly at Anthea’s stunning strawberry cupcakes!

1. I paused before linking to Peter Brannen’s reporting on grave dangers that climate change models may have missed, mostly because I’m overwhelmed with worry for the world lately as it is. But I think it’s important.

2. What is it about the vegan Caesar? (Taste asks.)

3. While we’re on the topic of food news, a vegan restaurant has been awarded a Michelin star in France for the first time, according to the New York Times.

5. I enjoyed Meghan McCarron’s piece on adopting a (medically prescribed) soft food diet after burning her esophagus this year. It made me think back to my longterm care rotation during my clinical internship, when I had flash cards to help me memorize the four levels of dysphagia diets.

But aside from that, McCarron powerfully touches appetite, hunger, self-denial, and self-care—all through a few succinct paragraphs about ice cream for dinner.

As always, I wish you peace on this Sunday night.

On Tuesday morning, I graduated from Teacher’s College with a master’s of science in nutrition and education. It’s one of the final steps in my road to becoming an RDN (registered dietitian nutritionist). Regular readers know that this has been a long, long road for me. I took my first pre-requisite science classes while I was still working full time, in 2010. I wasn’t yet sure what route I’d take into healthcare; six months later, I had quit my job and become a…

It’s been a long week of asking for help in all sorts of ways. I’ve asked for deadline extensions, for favors, for space, for listening, for patience, and for good thoughts. I’ve asked for friendship and support. I’ve had to do all of this asking because I’m not feeling like myself. It’s rough. But I can comfort myself with the fact that I’m getting better at vocalizing what I need in order to get through moments like this. Just as I was trying…

There’s a quote from Rumi that I encounter often: Your task is not to seek for love, but merely to seek and find all the barriers within yourself that you have built against it. I could feel myself resisting this quote the first few times I read it. I got irritated by the suggestion that, if one doesn’t have or feel love, it’s somehow the result of a lack of openness or willingness. With time, I’ve come to appreciate the words and their…