As I was drafting this post today, I looked at the date and realize that May is, amazingly, more than halfway over. This spring–this year, really–seems to be flying by. I had so many goals for my blog in 2015, and one of them was to put more of myself into each and every post, to invest my words with the kind of candor and intimacy that (I think) characterized my blog when I first started blogging. But it’s a sad fact that the busier I am, the more impersonal I think my posts become, no matter how hard I try to fill them with my voice. For me, it’s easier generally easier to write about food than it is to write about life. But I do so very much always want the things I say about food to tie into what’s happening in my life.

Anyway, no real reason for this little confessional, except to say that I’m sorry my posts have been a little…businesslike lately. Perhaps I can use the annual birthday post in June to share more of what’s new with me, and maybe that can be the start of a project to bring more of myself back into Choosing Raw. 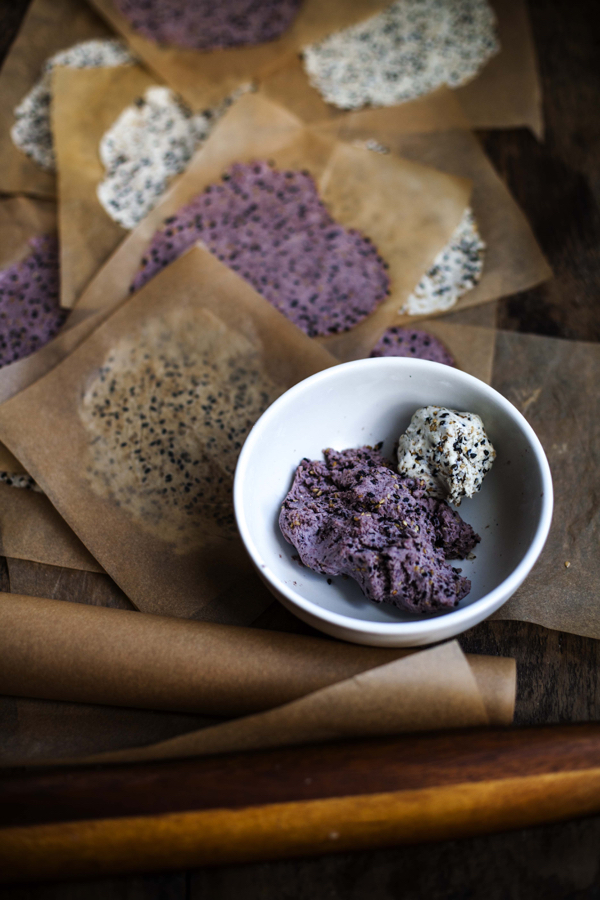 Crackers and dip to start. These wild rice sesame crackers with ginger miso dip from Phi of Princess Tofu couldn’t look more appealing. I love the umami-rich addition of shiitake mushrooms to the dip. And I love the quotation from Mary Oliver’s “Wild Geese” at the top of the post. 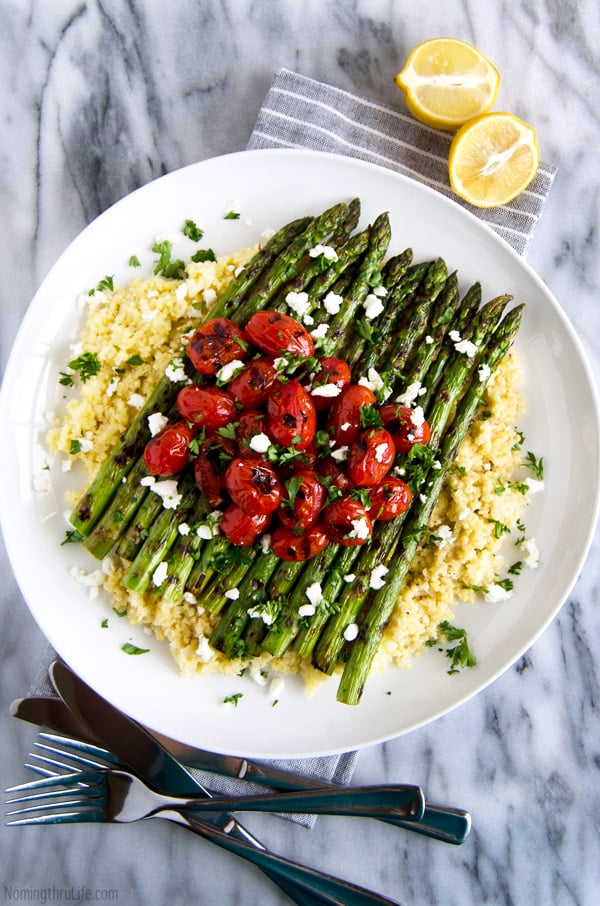 A beautiful spring/summer entree: lemon millet with asparagus and blistered tomatoes, from Meg, who writes the humorously titled and spunky blog Noming Thru Life. 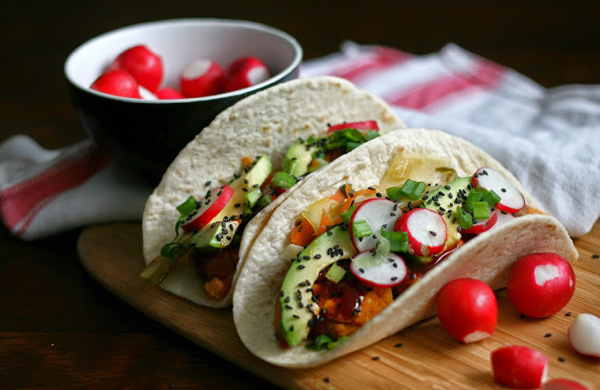 I love, love, love kimchi, and I’m always on the lookout for different ways to use it in my food. I love the idea to stuff it into tacos, brought to my attention by Maikin and her Korean kimchi tortillas. The sweet potato/avocado/kimchi combo is one I also use my my nori rolls with sweet potato mash, kimchi, and massaged kale. And it’s awesome. 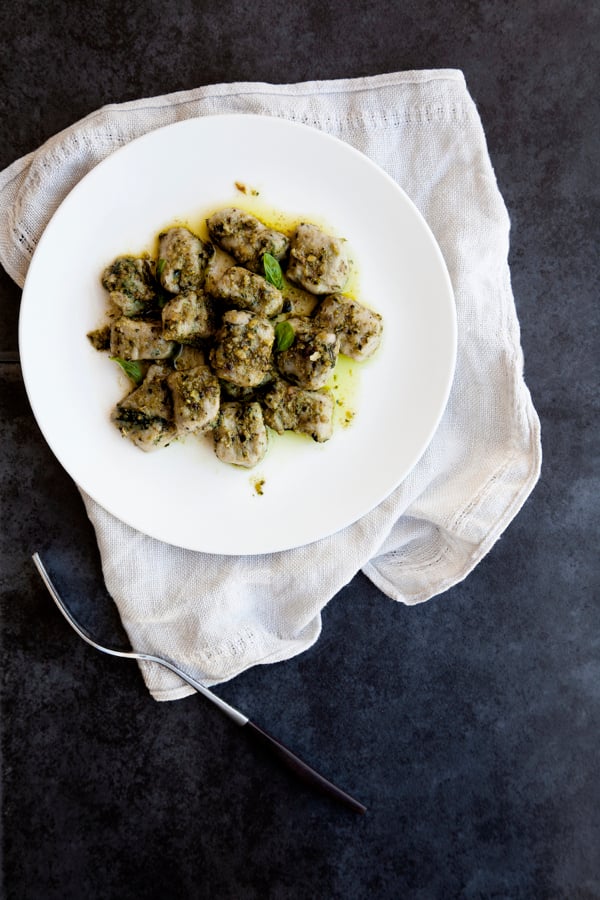 Another lovely idea for summer: spinach gnocchi with basil pesto from Kate Bradley of Kenko Kitchen. So simple, so flavorful. 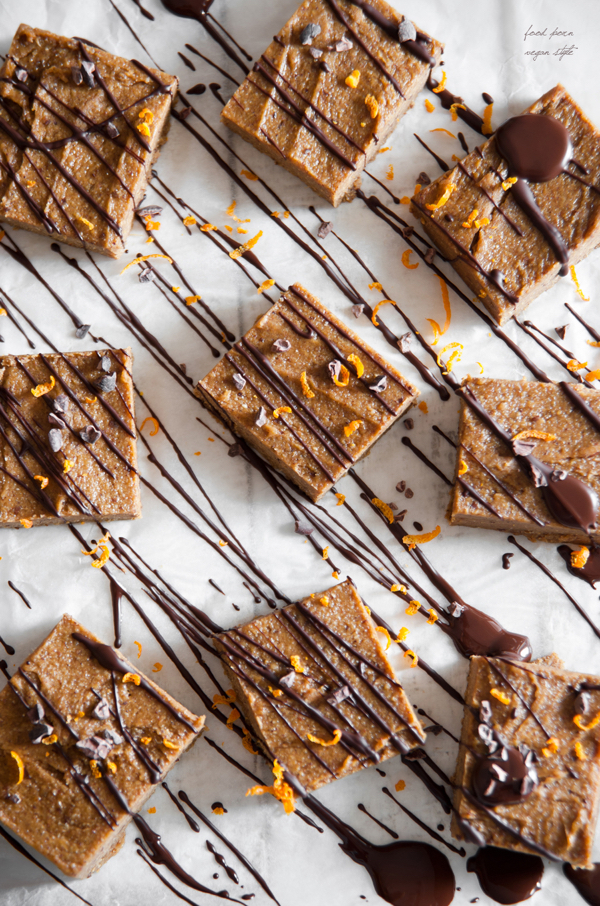 1. A new study of 3,626 adult men and women who lead primarily sedentary lifestyles has shown some promising implications about activity level and mortality risk. The issue at hand in this study was that sedentary lifestyle has been linked to increased mortality. But standing desks and treadmill desks and other measures are impractical for many. What’s the solution?

In this study, it was found that those subjects who walked around after standing, replacing some of their sitting time with a light-intensity activity like strolling, “gained a substantial benefit in terms of mortality risk. In fact, if they replaced as little as two minutes of sitting each hour with gentle walking, they lowered their risk of premature death by about 33 percent, compared with people who sat almost nonstop.” This is pretty incredible and hopeful, as it implies that even a small and manageable amount of increased activity can have a profoundly protective impact on health. Read the study abstract here and New York Times coverage here.

2. As I’ve mentioned in posts past, David Katz is one of my health/wellness heroes. Unlike so many others writing about health and wellness today, he’s a stickler for evidence-based conclusions, for assessing the big picture rather than sensationalizing discreet findings or cherry picking, and for bringing a common sense approach to nutrition science. This week, he weighs in on all of the disagreement about saturated fats lately, and he does so with his characteristic wisdom and reason:

“What we really do know about saturated fat and heart disease- based on the weight of evidence rather than any one study or any single, potentially silly question- has four fairly clear implications.

First, a high intake of saturated fat over time is generally associated with a correspondingly higher risk of heart disease, and other chronic disease as well.

Third, not all saturated fat is created equal, and some varieties are clearly innocuous.

And fourth, and most importantly, focusing on nutrients rather than foods tends to get us into trouble, not out of it!

Personally, I don’t think much about my “saturated fat” intake- but I do choose my foods carefully.  I know that the best foods for my health are vegetables, fruits, beans, lentils, whole grains, nuts, and seeds.  I eat these plentifully, and relatively less of everything else.  The result is that my diet is low in saturated fat- not because I am focused on that, but because eating wholesome foods in sensible combinations reliably results in nutrients sorting themselves out.  In contrast, a focus on any particular nutrient may simply invent a new way to eat badly, or a new variety of junk food.  We’ve had quite enough of that.”

3. New evidence to suggest that infant antiobiotic use is linked to a stronger likelihood of both disease and obesity, as well as dysbiosis, in later adult life. Not surprising, but more evidence on this topic is always interesting. Obviously, antibiotics are vitally important in many cases of acute illness. But overprescription is a real problem, and the risks of unnecessarily aggressive antibiotic use certainly seem to outweigh the benefits.

4. Another microbiome study — this one on a very small and personal scale! Tim Spector is a Professor of Genetic Epidemiology at Kings College, London, and Director of the Department of Twin Research and Genetic Epidemiology at St Thomas’ Hospital, London. He is also fascinated by the microbiome, and has recently conducted extensive research on dietary change and its impact on the microbiome as a part of his work. He was most recently curious about how the microbiome of a person eating a standard, Western diet would change under the influence of a fast food diet.

Spector couldn’t experiment on himself in this case because his own diet was considerably healthier than the average Western diet. But his son, a final year genetics student at the University of Aberystwyth, does eat a fairly standard Western diet, and he agreed to switch over to a fast-food diet for ten days, so that changes in his microbiome could be analyzed.

The results were very pronounced: his microbiome was “devastated.”

“Tom’s gut had seen massive shifts in his common microbe groups for reasons that are still unclear. Firmicutes were replaced with Bacteroidetes as the dominant type, while friendly bifidobacteria that suppress inflammation halved. However the clearest marker of an unhealthy gut is losing species diversity and after just a few days Tom had lost an estimated 1,400 species – nearly 40% of his total. The changes persisted and even two weeks after the diet his microbes had not recovered. Loss of diversity is a universal signal of ill health in the guts of obese and diabetic people and triggers a range of immunity problems in lab mice.”

What’s so fascinating in all of these microbiome studies is how quickly dietary change can have a massive impact. But the good news is that switching one’s diet to include primarily foods that good bacteria thrive off of–including fruits and vegetables, nuts, fermented foods, legumes, and root vegetables–can have an equally fast and beneficial impact.

5. I’m sure that many of you have seen this article about Madison Holleran, a Penn freshman track runner who committed suicide last year. It is troubling to read, but I think that the author, Kate Fagan, did a good job of telling the story without too much speculation or metaphorizing. Still, she does reflect on how Madison’s social media presence did not seem to belie the pain that she was so clearly suffering through. It’s food for thought in this era of carefully crafted Instagram accounts–we never know the true story from reading photos and captions, even if we believe we do.

Sorry to end on a somber note, friends. But on a more uplifting note, catch Emma’s green recovery story, which was posted on Friday, if you haven’t yet.

I hope you have a nice Sunday and a wonderful week ahead. I’ll return soon with some new recipes!