Happy Sunday, friends. A lot of you have already tried this past week’s curried tahini pasta salad and given it a thumbs up, which makes me so happy to hear! I’m already excited to make it again.

I’ve spent the last two days catching up on all of the stuff I didn’t take care of while I was wrapping up my spring semester: unanswered emails, chores, errands, cleaning, that sort of thing. There won’t be much of a breather this year, as my summer term already began on Thursday, and I’m taking three classes. It’s all good. My coursework is giving me a sense of purpose right now, which I need and feel grateful for.

Back in September, I was fresh on the heels of recipe development for the next cookbook. After the first, hectic year of my master’s program, it was a relief to escape the world of metabolic pathways and immerse myself instead in a project that was sensory and creative. When autumn rolled around, I dragged my heels back to class, often doubting whether the continued time and sacrifice was worth it.

If you had told me then that I’d be feeling so reinvigorated about my studies now, I’d have been more than a little surprised. But that’s just evidence of how powerfully perspective can shift around in a matter of months. My work ebbs and flows between two magnetic poles: one is creative and finds expression in this blog. The other is academic, with the ultimate goal of service in the nutrition field. It all fits together, at least in theory, though of course in practice there are moments when I feel as though I’m torn between domains, rather than gliding seamlessly between them.

It took me a long time to embrace the fact that I’m creatively inclined, for reasons I don’t entirely understand. Maybe it was the fact that I’d worked on the editorial side of publishing, so I was hesitant to admit that I wanted to write. Maybe it was fear of the vulnerability that comes along with any kind of self-expression. Maybe it’s the fact that I’m the child of a stupendously talented visual artist, someone who lives and breathes and perceives the world in color and form, and my own creative traits have never lined up with artistry as I perceive it in my mom.  Whatever the case, it’s a nice turn of events that I’ve been able to admit that I have a creative side and it needs to find expression in my work.

Yet there’s another, equally strong part of me that’s fascinated by the science of food, as well as the culinary arts. This part of me loves learning about nutrition, even when it’s a slog, and wants always to better understand the complex relationship between food and health. It’s also the part of me that wants to serve, to work with people hands-on, rather than through keystrokes and images. I lost touch with this part of myself earlier in the year; this happens, I guess, when a particular passion is so lit up that it temporarily outshines everything else. But it’s nice to feel the pieces coming together again.

After all of the turmoil and confusion of the last few months, I’m taking solace in the certainty (well…the very relative certainty) of the sciences. It’s a good time to have assignments and tasks at hand, projects that I can sink my teeth into. And it’s an especially good time to be reminded that the studies aren’t just an abstract exercise; they’re all a means of making myself better prepared to help others. It’s work that I’ve always felt lucky to do and look forward to deepening over time.

Lots of good health-related reading on the agenda for you this week, as well as some truly delicious-looking vegan recipes. As always, hope you enjoy. 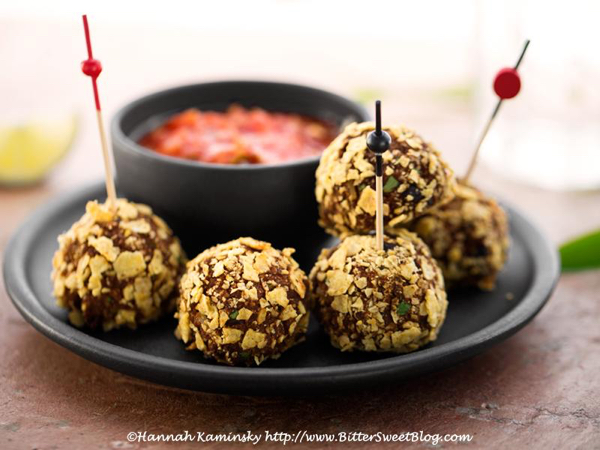 Summer, with its many warm-weather gatherings and events, is always a good time to have finger food recipes on hand. I’m loving Hannah’s creative taco bites, which are made with beans and vegan meat and crushed tortilla chips. Such a cool alternative to conventional meatless balls or other standard appetizer fare. 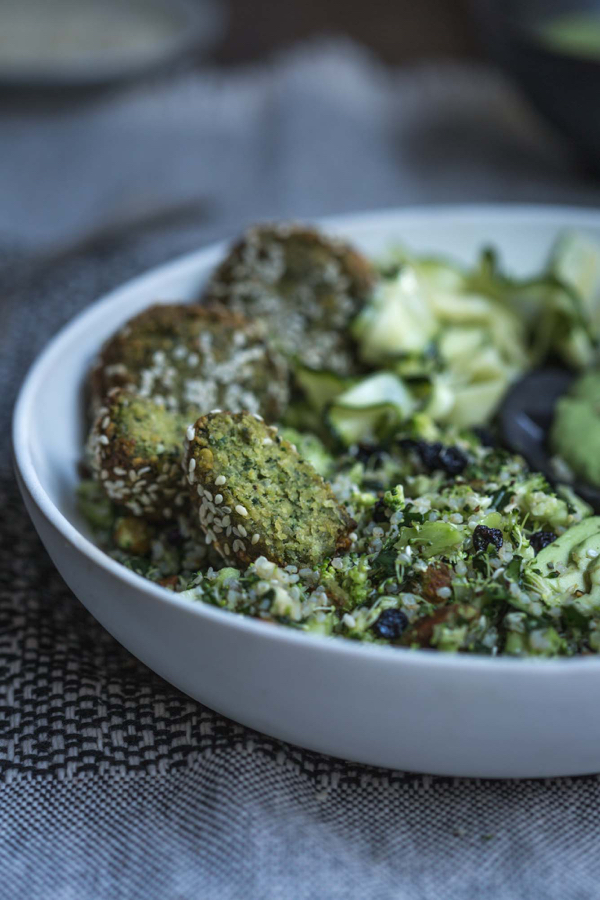 I smiled when I read Amanda’s post about craving green food in spite of the fact that weather is becoming cool where she lives. I go through a similar phase every winter—a few weeks where I can’t seem to get enough green and crunchy stuff. Amanda’s goodness green bowl is full of verdant falafel and dressing, plus a broccoli spinach tabbouleh (!) that I can’t wait to try. 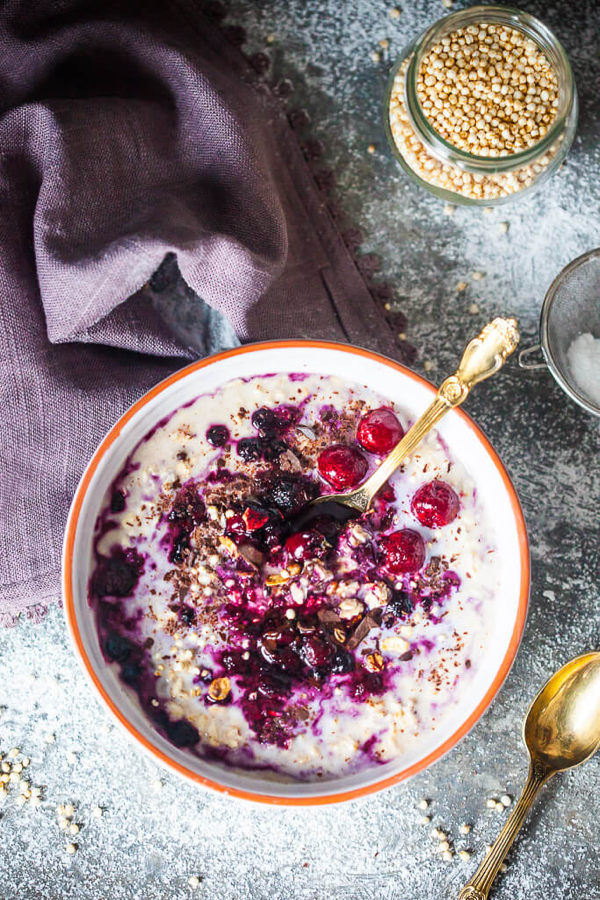 Cherry season hasn’t quite arrived in my part of the world, but I’m looking forward to it, and when it’s here I’ll be making these sour cherry overnight oats. (Technically, you don’t even have to wait for cherries to come into season, since the recipe conveniently invites you to use frozen fruit!) 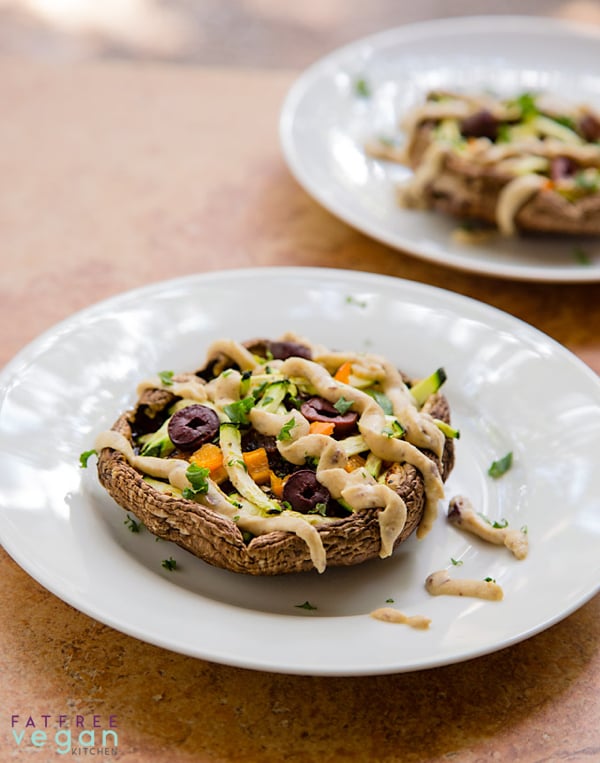 Also in the realm of creative finger food, I’m loving Susan’s portobello mushroom pizzas. Susan grills ’em, packs them with good stuff (like zucchini, olives, and herbs), then tops them with hummus. Easy, nutritious, and so tasty. 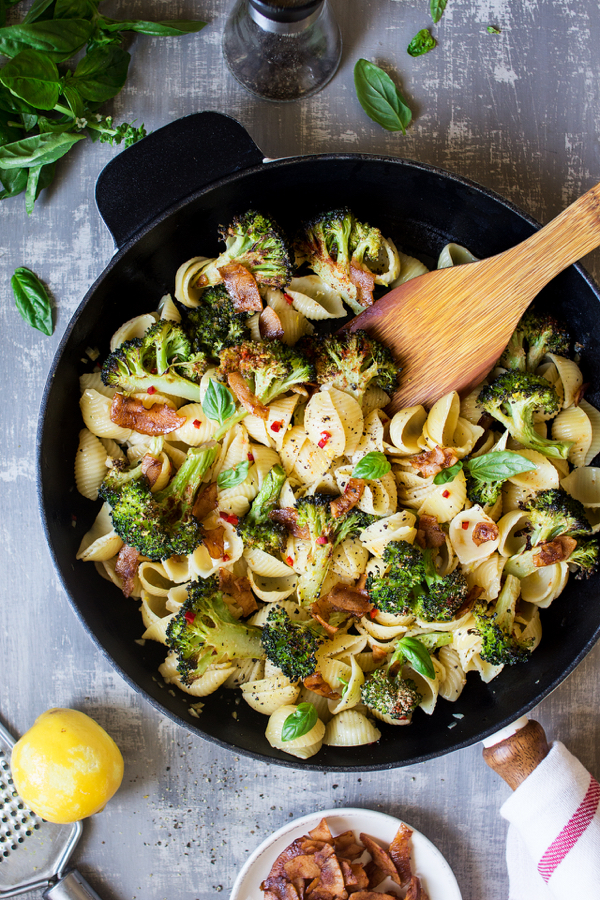 Finally, a big, beautiful, flavorful pan of pasta: broccoli orecchiette with vegan bacon from Ania at Lazycat Kitchen. I’ve never thought to use my coconut bacon recipe in a pasta dish before, but I’m really excited to try it now, either with broccoli or with other summer veggies in a couple of weeks.

1. First, an interesting perspective/critique on efforts to recruit young women into STEM careers. The author’s main argument—illustrated by her own story—is that too much effort is spent trying to enlist girls into the sciences, rather than fixing the workplace culture and policies that make it difficult for women to remain in the field longterm.

2. A sensitive, eye-opening video about the day-to-day realities of being a young person with Type I Diabetes (or being a caretaker). The film profiles a teenager named Grace and her mom, who are struggling to cope with the demands of Grace’s diabetes; in Grace’s case, the practical realities of insulin therapy are coupled with the fact that her peers often misunderstand her disease and its cause.

The topic is close to my heart after studying T1DM in my medical nutrition therapy class this year and realizing just how constant the demands of blood glucose monitoring are. I read one reaction to the film that suggested it might be overly dark and fearful, which made sense to me, especially since treatment options are becoming more high-tech and effective. Still, it’s a glimpse into what it must be like to have one’s whole young adulthood constrained by the demands of a chronic health condition, and I think it’s worth watching and sharing.

3. I’m a really big fan of Taylor Wolfram‘s body-positive, compassionate work in the nutrition space, and I really like her take on weight neutrality and its importance in health care.

4. I can’t say I’m surprised to learn that dancing might have a positive effect on the brain, but I was interested/delighted to read about its many cognitive benefits—and really glad to hear that it’s being considered as a line of treatment for dementia.

5. I know I’ve linked to a bunch of articles about food insecurity this year, but it’s such an important topic that I keep finding links to share. I’m really glad to hear that healthcare providers are more routinely inquiring about food availability/access when they greet patients. As this article makes very clear, the signs of food insecurity aren’t always readily evident, so it’s important for screening to become a standard part of primary care. I think it goes for dietitians, too: patients can’t consider dietary modifications unless access to food is secure, and it’s an unfortunate reality that such security can never be assumed.

And that’s it for today. I did manage to get back into some cooking this weekend, and I have a hearty, flavorful, generous legume recipe on the way for you.