We’re coming up on the one year anniversary of pandemic lockdown. I spent the weekend thinking about the enormity of this, and about hard anniversaries in general.

Hard anniversaries mark the passage of time since death, loss, breakups, or other traumatic personal events. We all have some of these in addition to the happier anniversaries in our lives.

A close friend from college jokes with me that I have a lousy track record with springtime, and it’s true. As crazy as it probably sounds, spring is my least favorite season. I find a lot to love in winter and summer, and I adore the fall, but spring has always brought on a kind of intense melancholy that I can’t easily explain.

Maybe it’s the liminal nature of the season. Shades of gray, transitions, and in-betweens aren’t easy for my all-or-nothing brain to process. I’m getting better with gray areas, but it’s still my tendency to want to wiggle out of them.

My weird relationship with spring might also have something to do with the fact that, coincidentally or not, a lot of my toughest moments and experiences have fallen in March and April. This includes heartaches, personal stressors, setbacks in recovery, and more.

It occurred to me this weekend that the hard anniversary of the coronavirus pandemic has eclipsed another hard anniversary, which is that of my breakup four years ago. That loss reopened wounds that I didn’t know I had, made me aware of loneliness and longing that I had never acknowledged or given a name to. It changed my life, not because a relationship had ended, but because that ending showed me where a lot of unresolved healing work needed to happen.

I think I passed some sort of turning point this year with that healing. At some point I read a quotation by Cheryl Strayed: “You don’t have a right to the cards you believe you should have been dealt. You have an obligation to play the hell out of the ones you’re holding.”

“Oof” and “yes” were my simultaneous thoughts when I read this. I’ve spent a lot of time in the last few years feeling angry about what isn’t, stuck in the distant and recent past, perplexed about the fact that some of the things I want most for myself have been the most difficult to figure out.

Strayed’s words echoed what I’ve learned since the spring of 2017, which is that wanting something and being entitled to it aren’t the same thing. It’s really hard when things don’t work out. For perfectionist types who tend to believe that happiness is a reward for good behavior, it can feel especially complicated. But refusing to accept it when things don’t go our way is ultimately a much greater loss than whatever missed opportunity we’re grieving. A lot of amazing stuff can happen on a reroute.

The pandemic year clarified this for me. In all of the many hours I spent by myself, running short on distractions and places to hide, I made some sort of peace with how things are going. I thought a lot about the fact that life can change—end, even—in an instant. Thanks to the past year, I’m increasingly aware of what a gift it is simply to be living. I’m more able to understand happiness as a state of conscious appreciation, rather than a feeling that depends on life lining up just so.

The one year pandemic anniversary is heavy without a doubt. I remember my last few mornings of yoga before lockdown, entering my studio nervously, hoping it wouldn’t close in spite of the fact that it was emptying out and smelled like Clorox all the time.

I remember the first week of quarantine, which I believed would last a month or two at most. I can recall the sounds of ambulance sirens keeping me awake at night in April, my jumpiness when I’d grocery shop for me and my mom, the deep sadness I felt each time I walked down an abandoned New York City street.

I’ll never forget bursting into tears in Riverside Park when I learned that John Prine had died. I was confused by the outpouring until I realized that it was the first time since the pandemic started that I had allowed myself to cry.

I also remember the height of summer and early fall, which I realize now was a very special moment in my life. These months were full of the promise of rebirth and rediscovering the joy of simple things, like dinner on a sidewalk somewhere or taking a walk with a friend. My heart burst open again unexpectedly, and it was beautiful.

I’ve had plenty of peaks and valleys in quarantine, a lot of low moments. I’ve handled things with varying levels of maturity and effectiveness. I’m struggling with how prolonged this has been, as I think we all are.

But when I think about how I feel today versus how I felt at this time three years ago—so deadened and shut down—I have to be grateful to 2020 for waking me up.

To anyone who has lost loved ones this year, I send my condolences and prayers. To those who are feeling overwhelmed by this hard anniversary, I send love. The future is still uncertain, but I believe that it’s getting brighter. I’m thinking about you.

Happy Sunday, everyone. Here are some recipes and reads. 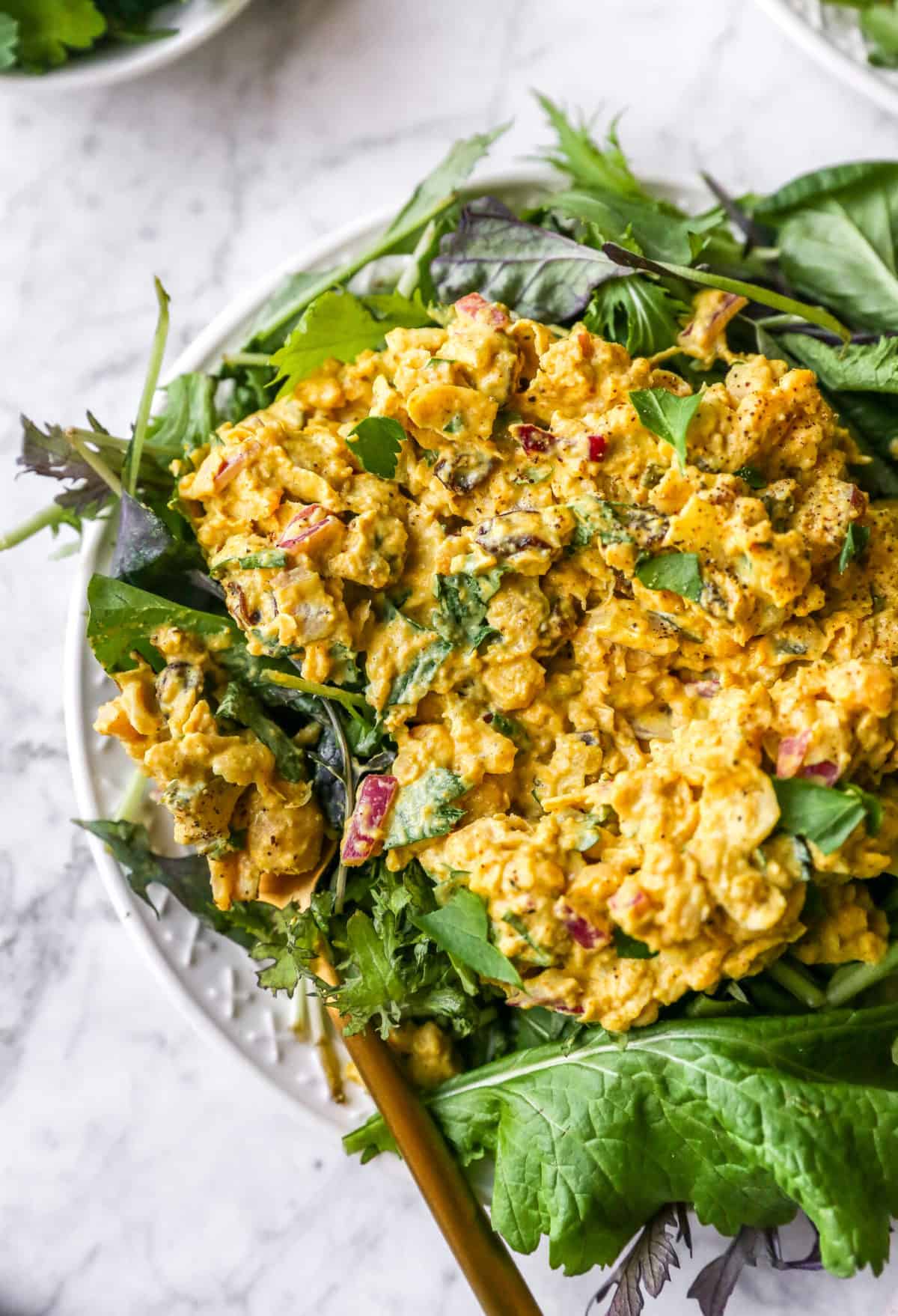 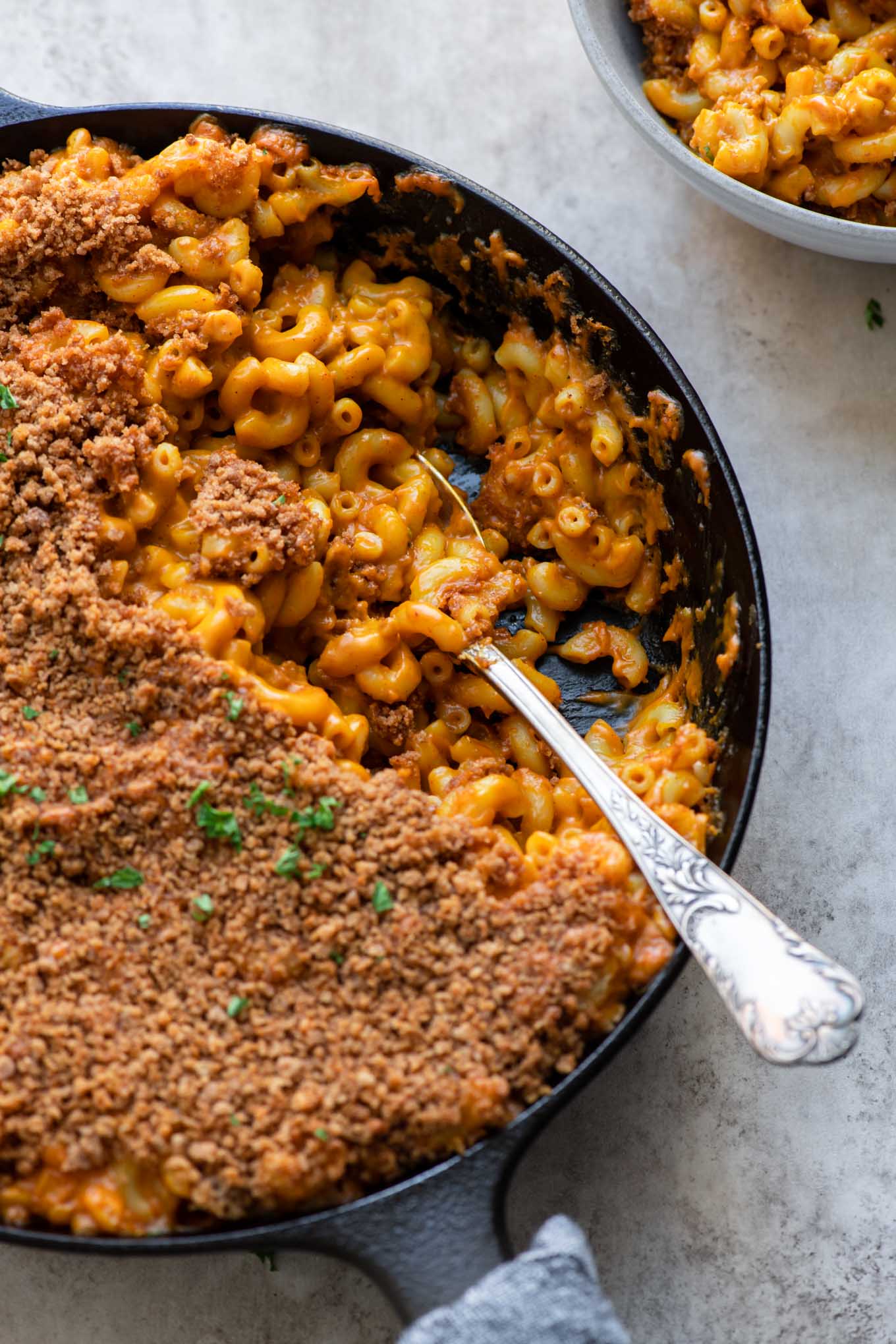 I love the looks of Eva’s berbere mac n’ cheese. 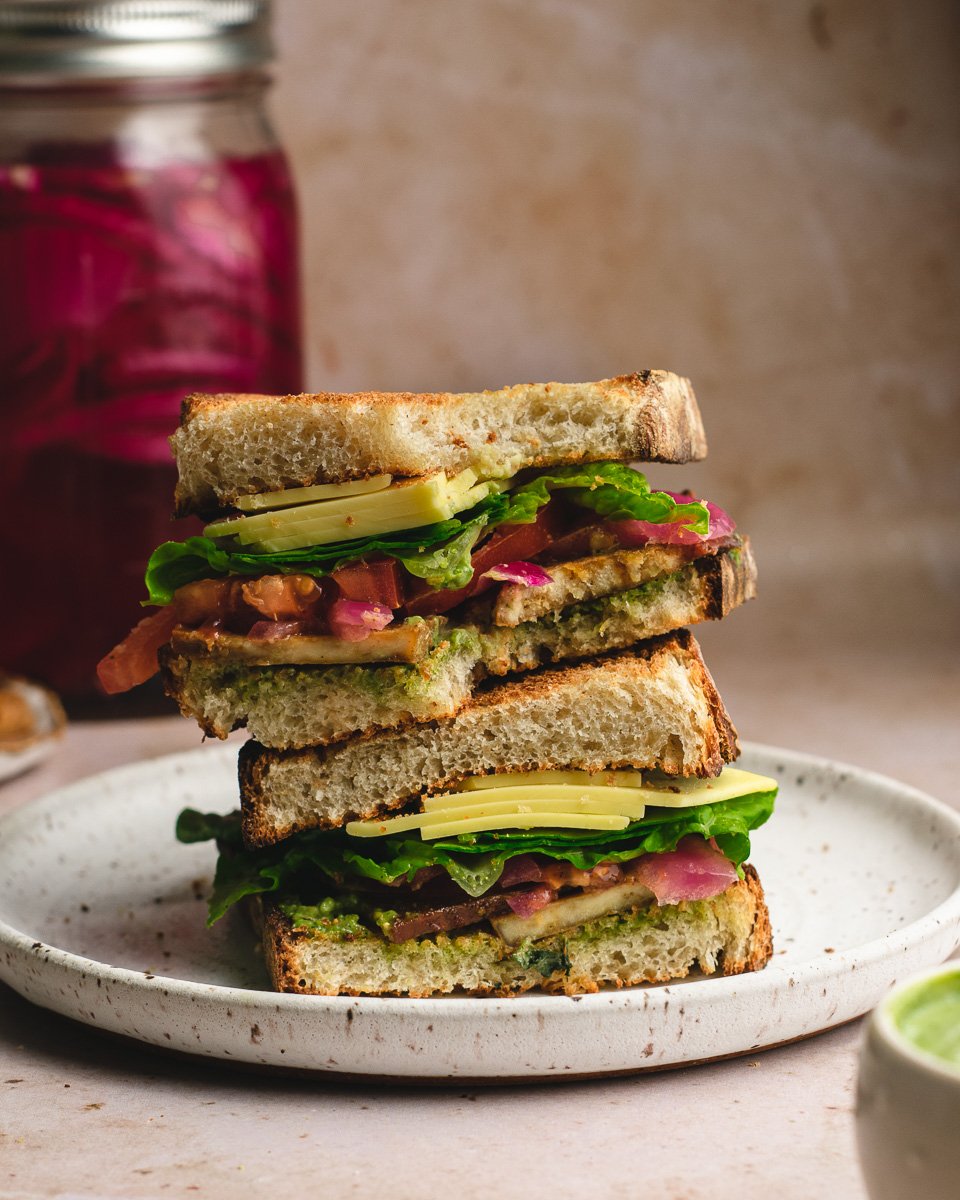 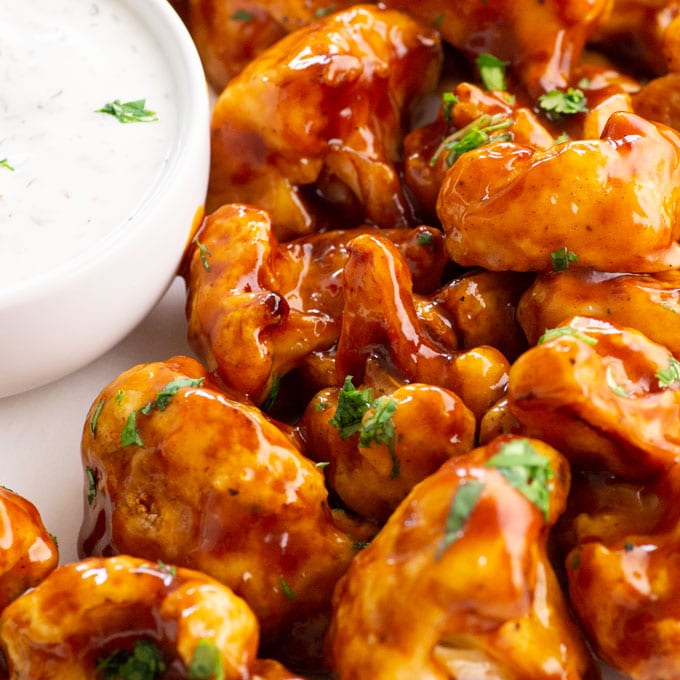 I’d love to dig into a platter of Amanda’s BBQ cauliflower wings. 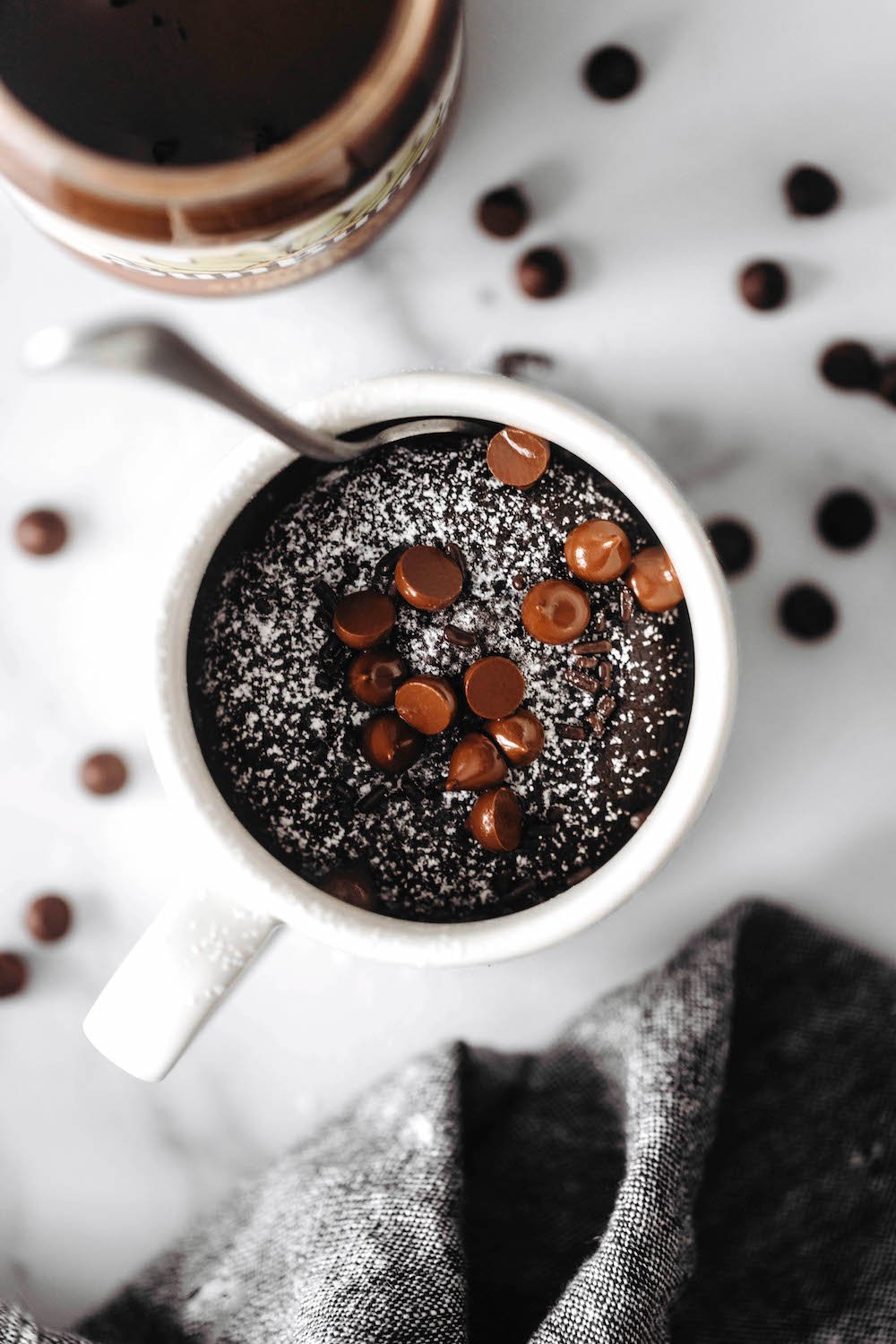 How about an easy dessert for Sunday? Natalie’s vegan chocolate mug cake is it.

1. Speaking of the pandemic anniversary.

2. The New York Time reports on a phenomenon that many of us can relate to: feeling as if our brains are a little broken. (I created an email the other day with a subject line that was literally an unfinished word.)

3. The quest to build artificial hearts.

4. Between 1904 and 1940, a terrible fungal blight destroyed some 3.5 billion American chestnut trees. This article describes the chestnut tree’s special place in American history and current efforts to revive it.

5. A really interesting look into research being done on trauma and PTSD. It details how the use of techniques like neurofeedback and EMDR might help patients with PTSD to recall traumatic memories without reliving them in first person—”in the hope that they can eventually hover outside of the memory instead, confidently and fearlessly, like an omniscient narrator.”

And hey, you may have noticed that it’s been a couple of weeks since I posted a new recipe. I’m still struggling with the whole cooking thing, and I’ve had a lot going on personally. But I should be making something fresh soon, and you’ll hear about it when I do.

It’s been a busy, emotional weekend in general, but the big news is that I got my first vaccine dose today! I thought I’d have a lot to say about it, but I don’t. I’m overwhelmed and grateful—that’s about all there is to it. As I was waiting in line for my shot, I thought about waiting on line to vote in October. That moment, like this one, felt hopeful. It gave me a glimpse of change, of something new. How appropriate that…