Happy Sunday, all! Thanks for your kind words about the new blog look. I’m delighted that you guys like it, and to those of you who were accustomed to the old look, and miss it, don’t worry: we’ll all adjust soon! There are still some small wrinkles being ironed out on the site, so if anything isn’t working, you can count on it being fixed soon (and if you notice that something’s still funky by the end of this week, holler and I’ll be sure to look into it).

As the weekend wraps up, perhaps you’ll find distraction in the following recipes and reads. 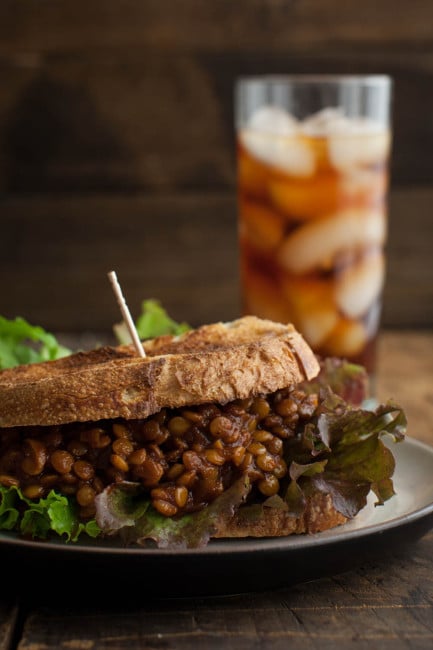 There’s nothing like a good vegan sloppy Joe recipe. Erin’s version–which has a spicy kick–looks fantastic. 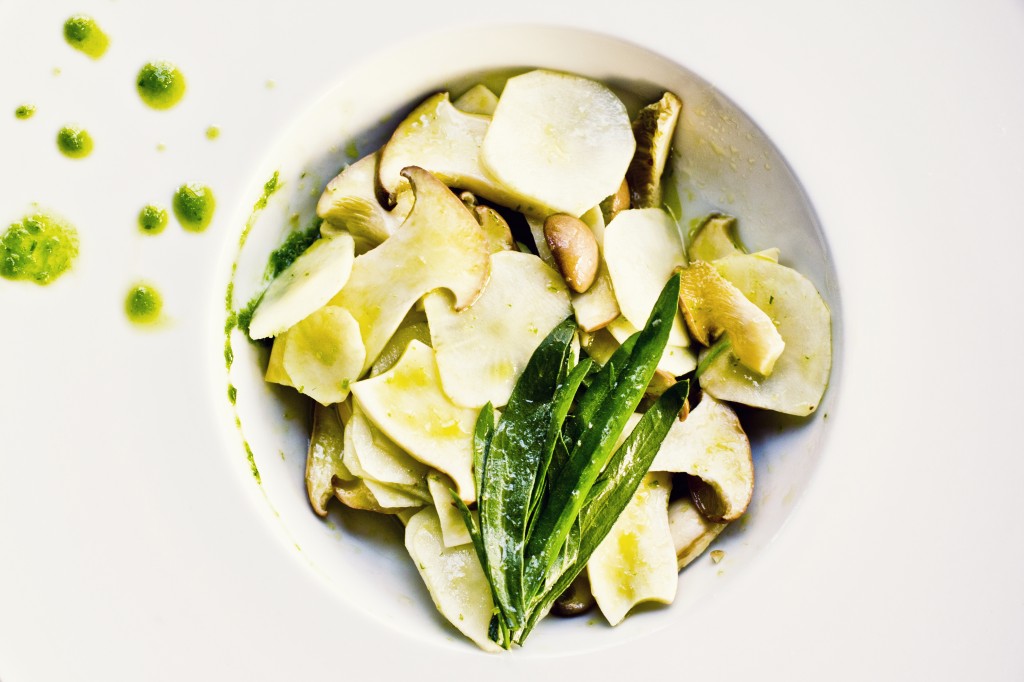 Sunchockes: an ingredient I don’t use nearly enough. This gorgeous, minimalist salad of sunchokes, mushroom, tarragon, and chive oil is plenty inspiring. 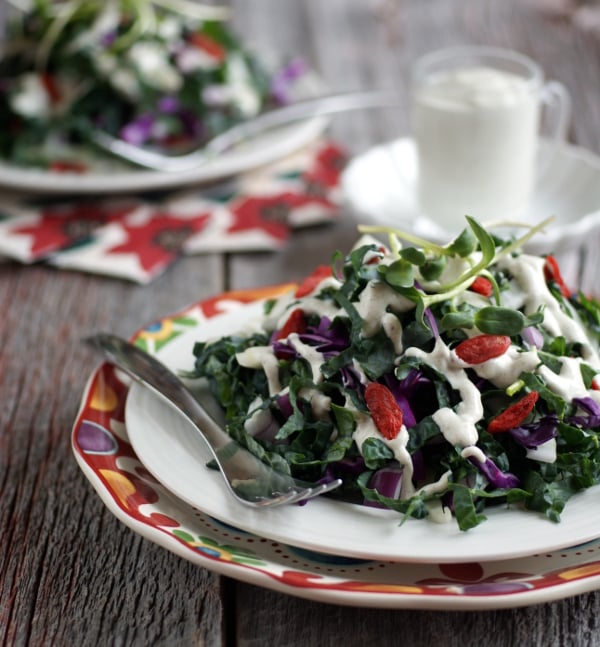 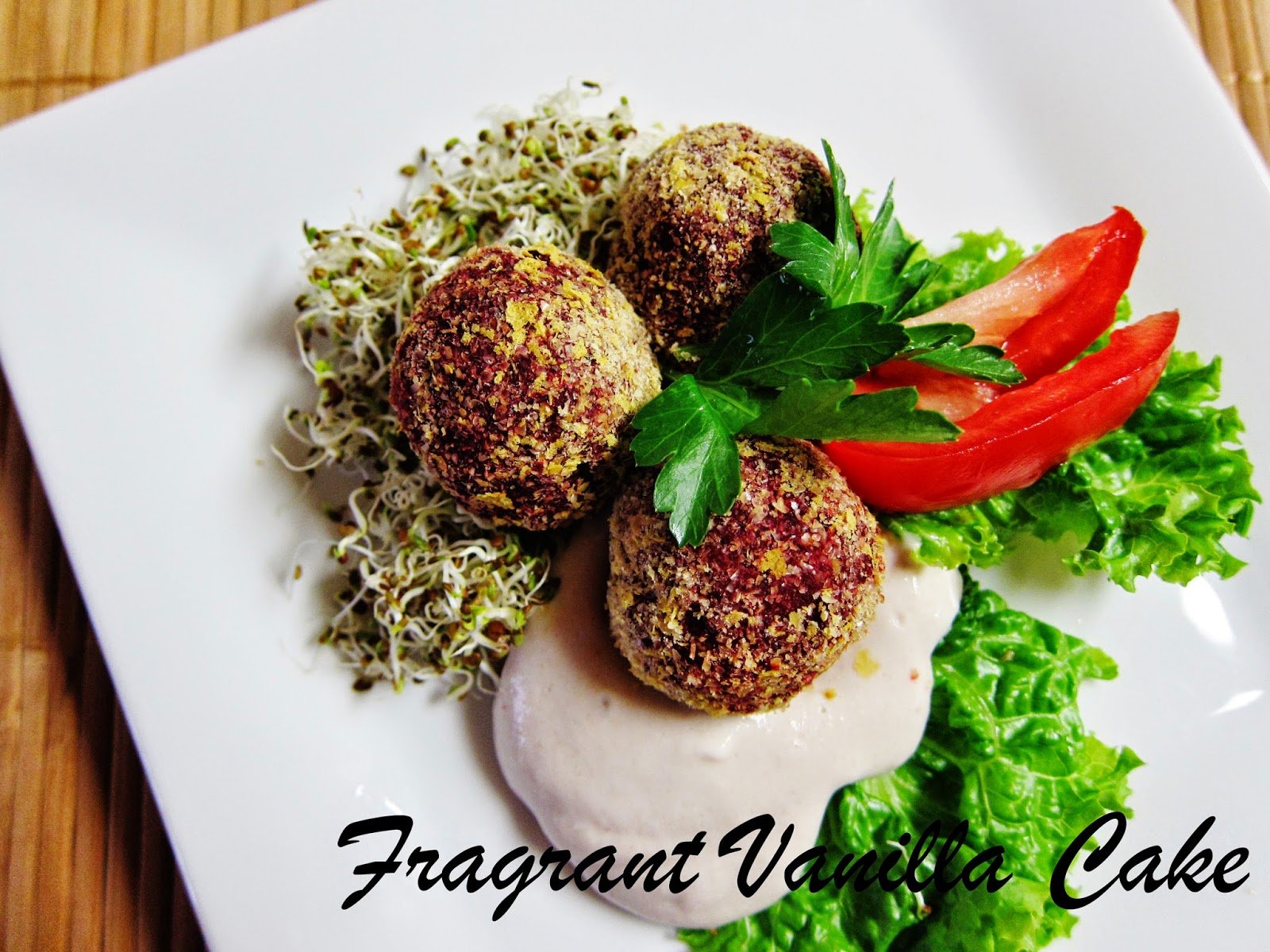 I absolutely love raw falafel (it’s one of my favorite raw recipes), and I also love beets, so I’m basically freaking out for Amy’s raw beet falafel. 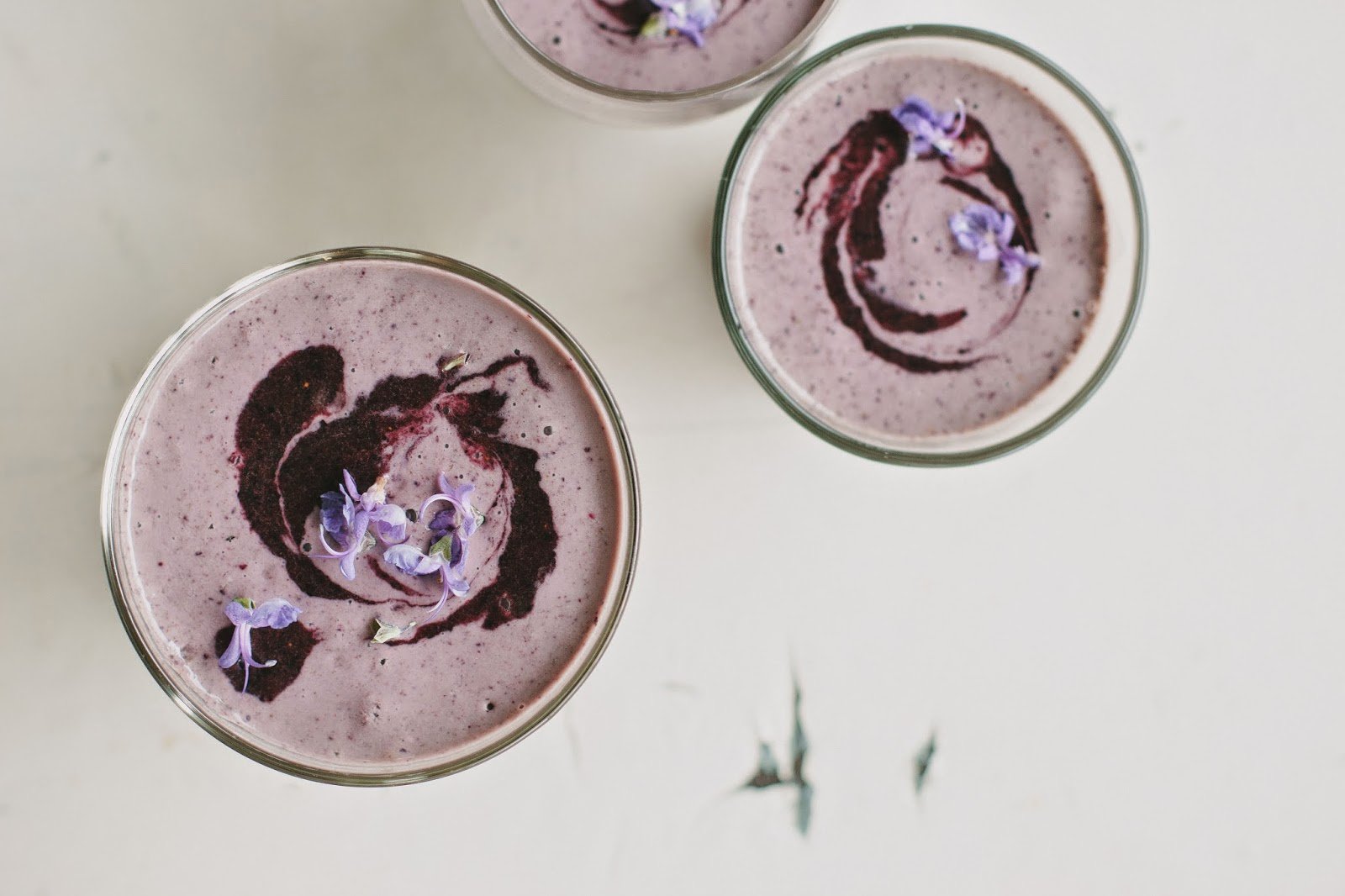 1. A New York Times article about our persistent fascination with devices and gizmos promising instant slim downs. Incredible that these still exist, and are still so alluring.

2. I’ve written about David Katz in the past, and mentioned what a great fan I am of his work. Part of what I admire so much about Katz and his approach is that he simply refuses to be dazzled by fad diets, extremism, and alarmism, all of which dominate today’s nutrition dialog (and, if you ask me, it’s getting worse and worse). Katz recently conducted a review of popular diets for the scientific publisher Annual Reviews. It’s entitled “Can We Say What Diet is Best For Health?” and if you care to read it, you can do so here. The findings aren’t really surprising: it’s nearly impossible to deem one single diet best, because there are few methodologies available to compare these diets that  don’t involve compounding or bias. But there are common elements shared across certain eating patterns that are proven to be beneficial to health: “A diet of minimally processed foods close to nature, predominantly plants, is decisively associated with health promotion and disease prevention.” Katz also notes that strict low-fat diets have no more evidence than diets that are high in healthful fats, and that a diet with moderate intake of healthful fat may provide more Omega-3 fatty acids. He also notes that carb-selective diets–those in which whole grains are emphasized, rather than refined grains–have more proven benefits than low carbohydrate diets.

In other words, eat food, not too much, mostly plants. And everything in moderation.

In spite of the fact that evidence continues to validate these simple, sensible, and time honored notions, extremist diets continue to capture public imagination. I’m thinking here about extremely low carb diets, juice fasting, elimination diets, and–I might as well say it–100% raw food diets (there are of course many other varieties of dietary extremism, but these are the ones I stumble across most). As someone who understands intimately the appeal of extremism, I get it. But I hope that these kinds of articles remind folks that eating a balanced array of wholesome foods, including many plants, continues to be a sane and powerful approach to disease prevention.

3. Not really health or nutrition related, but I found Olga Khazan’s article about the S word (that’d be “slut”) to be thought provoking. And I think it’s a really important topic. That language that women use to describe other women (not that men don’t use the word slut, but the article is more concerned with women and their lexicons) is potent, and often quite damaging.

4. You have to be a Scientific American subscriber to read this article in its entirety, but if you can get your hands on a copy (or subscribe), it’s worth checking it out. It concerns new efforts to harness the power of herbal medicine in combating such diseases as malaria, and it reveals some very promising findings.

5. A fascinating article about the mind/body connection in healing. I was particularly interested because the article touched upon IBS–a condition I’ve lived with since my very early teens–several times:

In a recent study, Ted Kaptchuk of Harvard Medical School in Boston and his colleagues gave people with irritable bowel syndrome an inert pill. They told them that the pills were “made of an inert substance, like sugar pills, that have been shown in clinical studies to produce significant improvement in IBS symptoms through mind-body self-healing processes,” which is perfectly true. Despite knowing the pills were inert, on average the volunteers rated their symptoms as moderately improved after taking them, whereas those given no pills said there was only a slight change.

“Everybody thought it wouldn’t happen,” says the study’s co-author Irving Kirsch, a psychologist at the University of Hull. He thinks that the key was giving patients something to believe in. “We didn’t just say ‘here’s a sugar pill.’ We explained to the patients why it should work, in a way that was convincing to them.”

Later, the article describes the work of Professor Peter Whorwell, who studies the impact of hypnotherapy on IBS treatment:

IBS is considered a “functional” disorder—a rather derogatory term used when a patient suffers symptoms but doctors can’t see anything wrong. Whorwell felt that his patients, some of whom had such severe symptoms they were suicidal, were being let down by the medical profession. “I got into hypnosis because the conventional treatment of these conditions is abysmal.”

Sadly, I wasn’t surprised that Whorwell has seen IBS patients who are beside themselves. Though the condition is quite common, it can be ruinous to quality of life. In my years of coping with it and now working with a patient population in which it’s very common, I’m constantly amazed at how serious IBS can be, even if it’s classified as a “functional” disease, and dismayed at how dismissive health care practitioners can be.

Fortunately, I’m also unsurprised to hear that Whorwell’s results with hynoptherapy have been very promising. In 2007, I participated in a study of the impact of hypnotherapy on IBS treatment. The study, which involved longterm follow up by the lead gastroenterologist, was published in 2011. I was one of 75 patients, and 60% of us–myself included-had a perceived pain reduction of more than 50 points (indicative of clinical improvement). So I’ve experienced firsthand the power of the mind/body connection when it comes to healing.

Of course, I don’t believe that hynotherapy, placebo medicine, or any other single intervention can be a cure-all. But a multi-pronged, integrated approach to health care–one that includes these approaches in addition to diet, lifestyle changes, and pharmaceuticals, if necessary–can be powerful indeed.

Hope you enjoy the reads. Finally, don’t miss this week’s New Veganism column, in which I chat all about vegan sandwiches, and feature this awesome smoky tempeh and hummus sandwich: 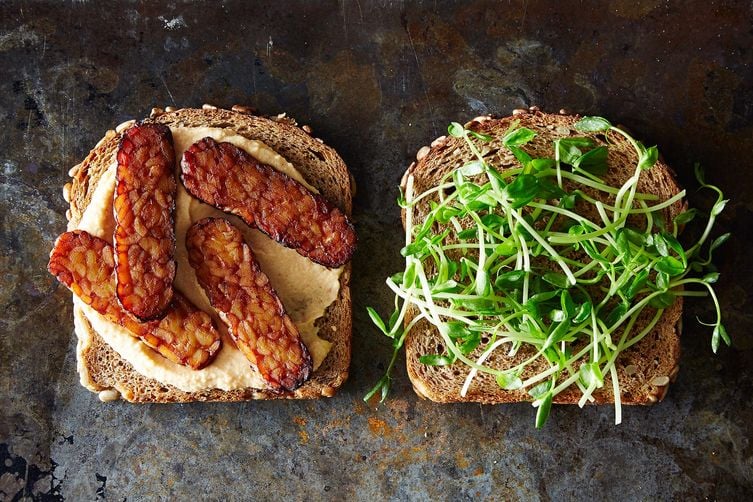 Here we are, in the final days of 2014. It has been quite a year, and I look forward to sharing some reflections with you all later this week. For now, some weekend reading, brought to you while Steven and I dance into the wee hours at my friend Gabi’s wedding. Enjoy!  Christmas is over, but this green and red zucchini pasta dish is still calling my name! This cauliflower and avocado salad with pomegranate seeds is so gorgeously simple, yet colorful, and…