Toward the end of this past week, I found myself grappling with a couple of missteps—or errors, or mistakes, or whatever you’d like to call them. Small things, but substantial enough to make me feel regret. They were largely unintentional (and most of them were actually pretty impersonal, in the tune of missed deadlines), but at least two impacted other people, and I was sorry.

I tried to handle the process of apologizing and moving on as gracefully as I could. One tendency I have, which I’d really like to modify, is that I tend to apologize excessively for errors. I know that it comes from a place of wanting to express my sorriness, but it also comes from a place of craving reassurance; I want to be told that it’s OK and that I’m OK. Sometimes I end up feeling that I’ve strong-armed another person into validating me. I’d like to approach mistakes differently so that I can avoid putting others in this position, which isn’t fair and is probably pretty uncomfortable.

This wasn’t exactly the week, though. I did end apologizing too forcefully, all so that I could rid myself of the discomfort of regret. I have a feeling that recognizing and accounting for mistakes without clinging to remorse is going to fall under the category of “work in progress” for a while.

Yesterday afternoon, I went to see Won’t You Be My Neighbor? I sensed that it would be good timing, and it was. The movie is incredibly tender, and if Mr. Rogers’ Neighborhood figured positively in your childhood—I was allowed little TV, but always that show—then you may find it as moving as I did.

The movie is undoubtedly about Fred Rogers, and it paints a very glowing portrait, but what I like about the movie isn’t biography so much as a tribute to the idea that all people, children included, are valuable and special and lovable for who they are. Watching it encouraged me to do more of what I try to do already, but with plenty of moments of failing and forgetting: to pay attention to everyone, listen to what they have to say, and offer them my respect and lovingkindness.

Mr. Rogers’ Neighborhood was a show in which puppets and “real life” adult characters acknowledged that people feel sad and scared a lot of the time. At one point in the film, Rogers says that he was trying to communicate the message that feelings are “mentionable and manageable.” This included feelings like anger, which kids—and to some extent, adults—aren’t always given freedom or permission to express.

I read plenty about self-compassion and self-forgiveness, but being transported back to my own childhood and the time I spent watching Mr. Rogers’ Neighborhood reached me in a different way yesterday. It allowed me to acknowledge my okay-ness on my own, to look at the last few days of seemingly continuous blunders with a little humor, and to let it all go.

Another message that Fred Rogers tried to convey is that mistakes are inevitable. He’s quoted as saying, “the most important learning is the ability to accept and expect mistakes, and deal with the disappointments that they bring.”

I’m engaging more with the world and with other people than I have in a while. This means I get to savor connection and new experiences, but it also means that I’m sometimes going to say the “wrong” thing, put my foot in my mouth, do something that ends of hurting the feelings of another person. It’s time for me to let go of the fantasy that I can connect with other people in a way that’s exclusively pleasing to them and to me; instead, I can acknowledge the inevitability of conflict and commit to handling it as compassionately as I can.

This isn’t the first time I’ve written about processing mistakes, and I’m sure it won’t be the last; as I said, this might be a lifetime project. But I’ll keep noticing and trying, and I’ll continue to feel grateful to those who are willing to let me communicate about it. Being willing to grow from mistakes, rather than being thwarted by them, is an inside job. But I think that part of the work is to hold space for others to struggle and make mistakes, too. We’re all in it together—a fact that I’m reminded of every single time I visit this particular space.

I’m embracing you just as you are on this Sunday. Here are the recipes and reads that caught my eye this week. 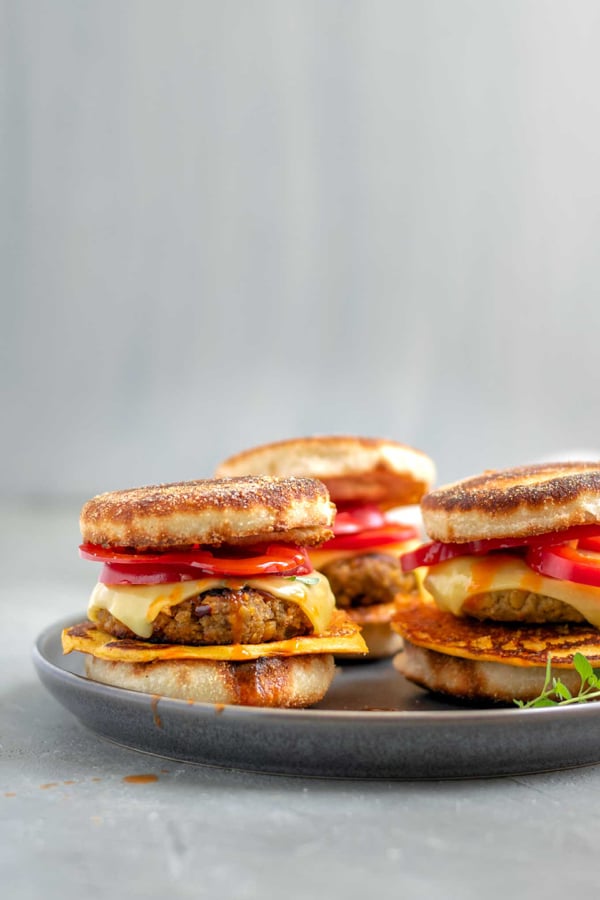 Eva has created the vegan breakfast egg and sausage muffin of my dreams. 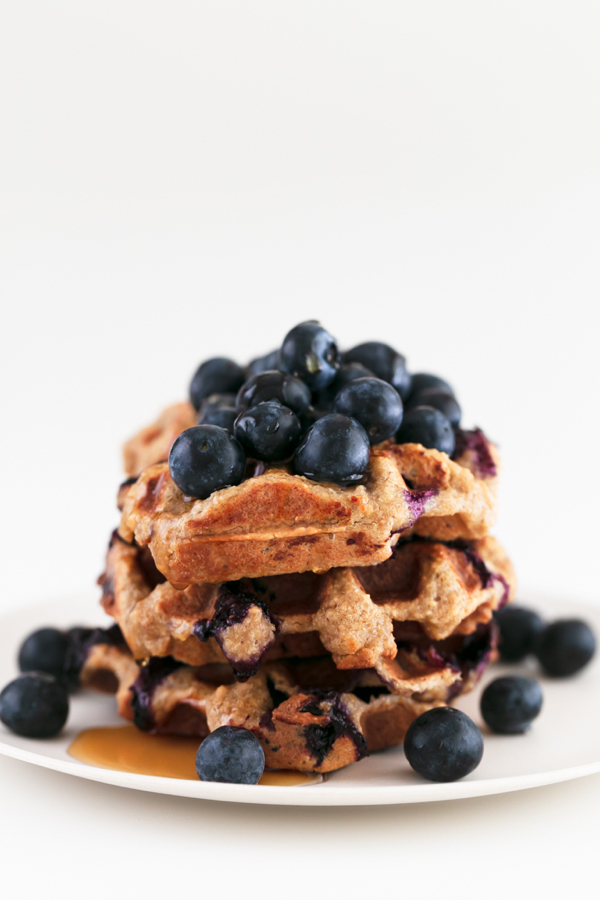 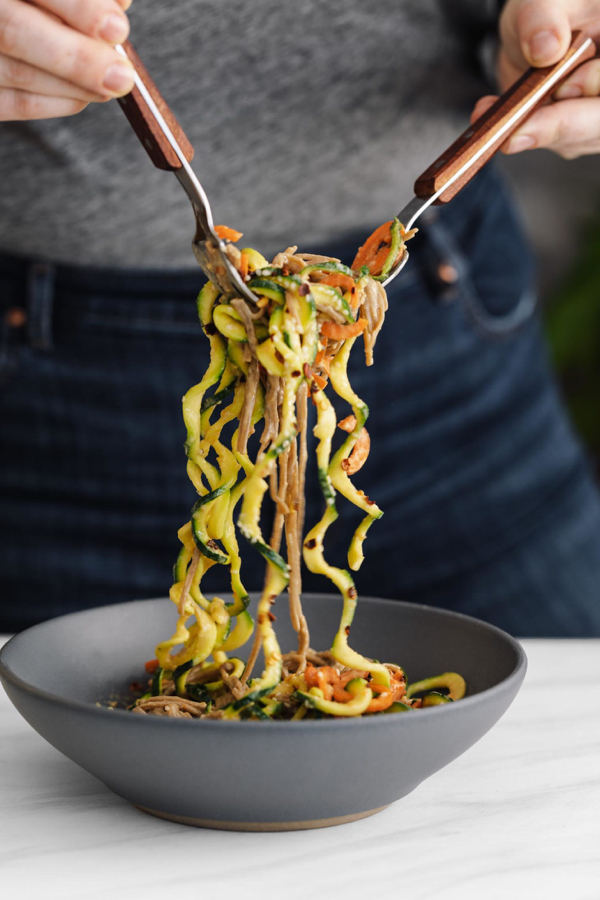 It took me a while to figure out that zoodles on their own didn’t cut it for me, but I love mixing them with spaghetti or soba noodles. Erin’s got the same idea with this summery zucchini soba bowl. 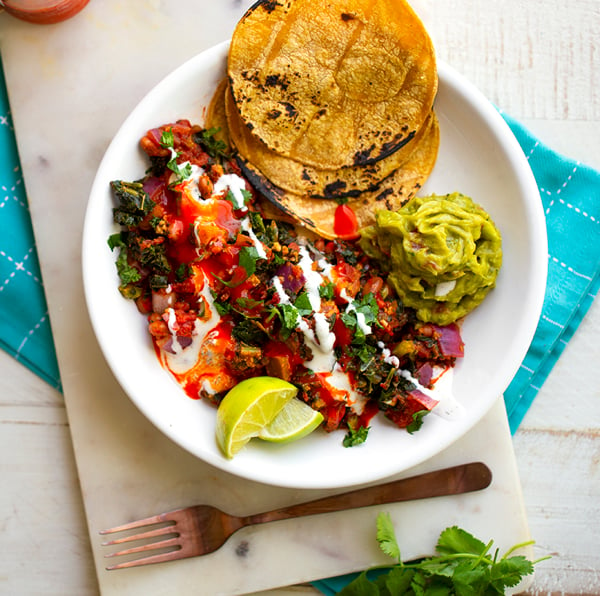 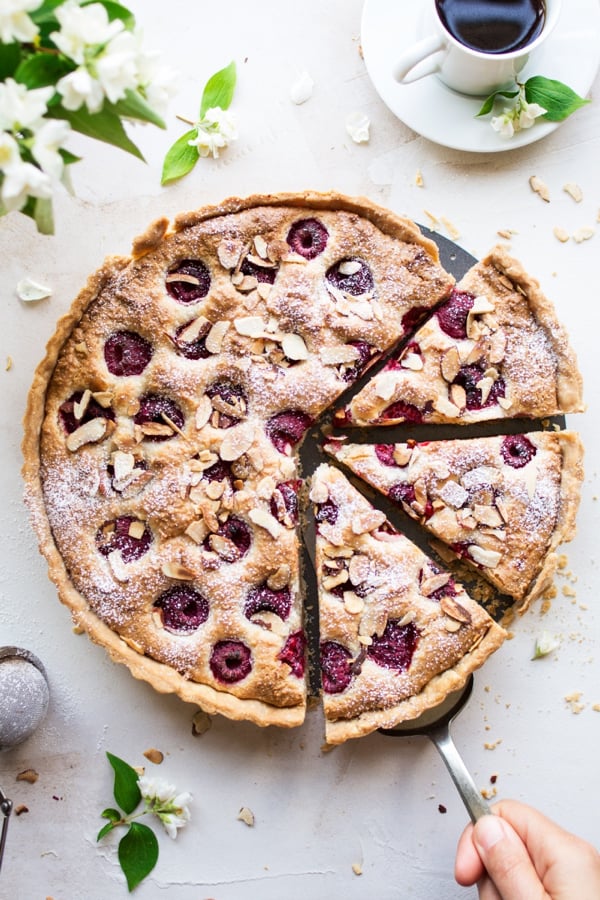 The first time I saw a raspberry bakewell tart, it was on The Great British Baking Show. I’m sure I’ve never tasted one, and I’m not sure I’m ready to attempt one, but if I ever do, I’ll use Ania’s fully veganized recipe.

1. We read so much these days about how vulnerable bee populations are, but this article made me marvel at how adaptive they are, too.

2. A compelling argument for why basic numeracy matters, especially in our technology saturated world.

3. A good look at nutrient pairings that are synergistic. I especially like the note about non-heme iron and Vitamin C (for more on plant-based iron, you can check out this post).

4. A lot of the elective research and papers I worked on while I was getting my masters involved the placebo/nocebo effect and especially its relationship with digestive illness. I was really interested to read about new research suggesting that similar circuitry may have an anti-tumor effect.

5. Sylvia Earle is a legendary marine biologist, but I knew little about her or her work until I read this interview. I loved so much of what she had to say about the natural world and our place within it, including this:

A lot of people excuse their bad behavior toward fish by saying, “Oh, they don’t feel pain.” That’s absurd. Fish have all the equipment we do to feel pain. Don’t make up stories to try to spare your conscience. You either choose to inflict pain on other creatures, or you don’t. But do they feel pain? Of course they do. Do they have emotions? Do they have a social structure? Do they bond with one another? Absolutely. It’s a smallness on our part, a narrowness of spirit and mind and heart, to think we are so special. Why not be thrilled that we have so much in common with other creatures?

I also admired her perspective on being a trailblazer, which is my characterization, not hers. Specifically, her sentiments about having entered marine biology at a time when, for women, to be a scientist was embraced as an accomplishment but not taken seriously as a profession:

One common factor for people who do succeed is a love of what they’re doing, a refusal to accept the reasons others give for why they can’t do something. I met a man who was an opera singer, and he’d been scorned in his youth for wanting to sing. It was viewed as a girly activity. But he persisted.

You have to have a sense of humor. It’s your suit of armor.

There’s humor again—an asset, a gift, and a suit of armor.

On that note, friends, happy Sunday. I’ve got a creamy, summery pasta dish coming your way this week!

I’ve had a chance to reflect on my internship experience in the last two weeks, and what stands out to me is how much of my own “stuff” I’ve been able to let go of, or work on. I’ve gotten better at taking care of myself. I’ve become firmer and clearer with boundaries. I’m communicating more directly. And, maybe best of all, I’ve come a long way in letting go of perfectionism. I was thinking about this a lot this week, because it…