This week, I came across Clive Thompson’s article in Smithsonian about the history of maps. Thompson does give history, but the article is more than a chronicle. It’s also a meditation on the meaning and importance of maps, the rise of GPS navigation, and the fact that “many of us have stopped paying attention to the world around us because we are too intent on following directions.”

I used to get lost in New York all the time. Sure, Manhattan is a grid, but that grid is full of incongruities and aberrations and knots. It’s easy to wander astray, especially in lower Manhattan. The thing is, such wandering never used to bother me. Getting a little disoriented meant ultimately having to navigate my way back to the familiar, which was an empowering experience.

Along the way, I’d inevitably stumble across new streets or blocks or intersections. When I explored a new neighborhood in any part of New York City–whether for the sake of discovery alone or because I was on my way someplace–I almost made a point of allowing myself to veer off-course, so that I could see parts of the vast hometown that is always surprising me.

I do less wandering nowadays, and use of my smartphone has a lot to do with that. Knowing precisely how to get someplace and how long the trip will take makes me prone to a more purposeful sort of transit: I go where Google Maps tells me, confident in its predictions of train arrival times and walking distance. It’s very efficient (unless public transportation misbehaves), but it doesn’t encourage me to stop and experience the city with any sort of wonder.

Earlier this year, I read Rebecca Solnit’s A Field Guide to Getting Lost, and I was struck by her recollection of how wandering informed her childhood: “roaming was what developed self-reliance, a sense of direction and adventure, imagination, a will to explore, to be able to get a little lost and then figure out the way back.” Growing up in a big city, I had little opportunity to roam like this, which may be why I remember “lost” moments with fondness and respect.

I also liked what Solnit has to say about getting lost as a means of escaping the ordinary, the everyday, and even of momentarily escaping (or transcending) one’s identity: “Getting lost was not a matter of geography so much as identity, a passionate desire, even an urgent need, to become no one and anyone, to shake off the shackles that remind you who you are, who others think you are.” By Solnit’s telling, being lost allows us to suspend time as well as identity: “to be lost is to be fully present, and to be fully present is to be capable of being in uncertainty and mystery.”

According to Clive Thompson, cartography springs from our desire to know the world around us better. Even so, mapmaking has only recently taken on any sort of precision. For a long time, maps had religious meaning or served as a form of storytelling: whether or not they were intended to help us transcend the limits of our knowledge and become familiar with the unknown, they were imbued with a sense of mystery.

Now that I’ve become accustomed to the convenience and utility of smartphone navigation, I can’t imagine my life without it. But these perspectives have been a reminder that there’s value in being lost, or in exploring with only imperfect navigation tools to guide us. Now that my intense summer term is behind me (I’ve got another class starting next week, but it’ll be manageable), I hope I can spend some time wandering around New York for the first time in a long time, getting surprised along the way.

Hope you enjoy the article. And if you’re in the mood for some culinary wandering, here are recipes that caught my eye this past week! 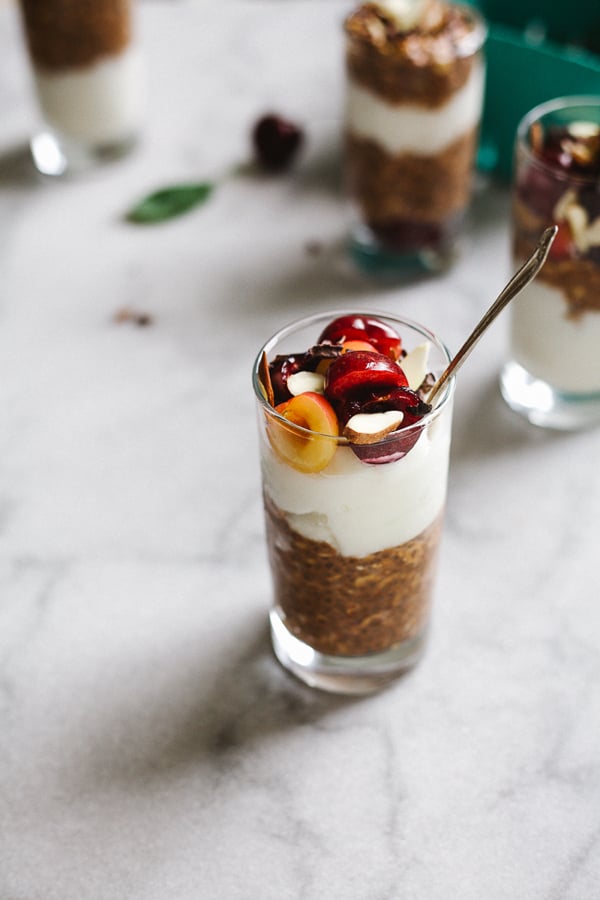 Cherries have burst into season where I live, and I can’t wait to savor them while they’re here. Sophie’s easy chocolate cherry bircher muesli will be a wonderful recipe to start with. 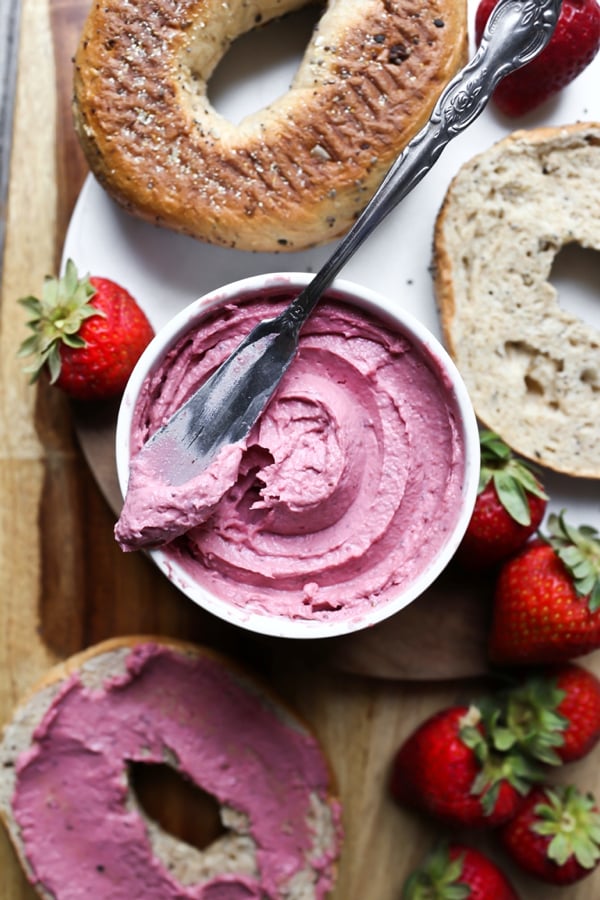 More breakfast inspo: Brandi’s awesome vegan strawberry cream cheese. A new bagel shop just opened near me, and I can’t wait to pick up some fresh wheat bagels and give them a good schmear of this sweet, creamy goodness. 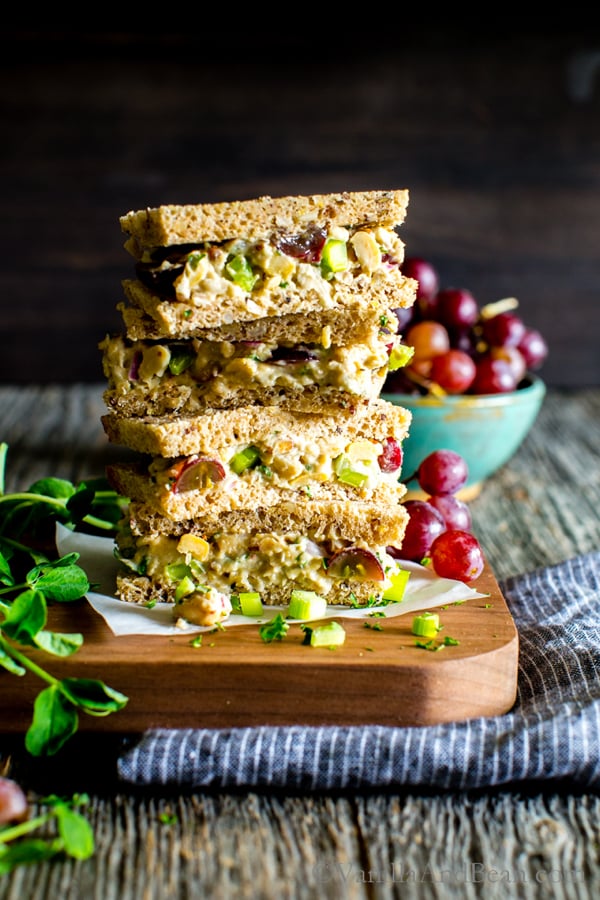 Traci has a knack for making smashed chickpea salads (her original is one of my favorites), and I cant wait to try her latest version. It’s made with pecans and grapes, and it sounds like a perfect mixture of sweetness, substance, and crunch. 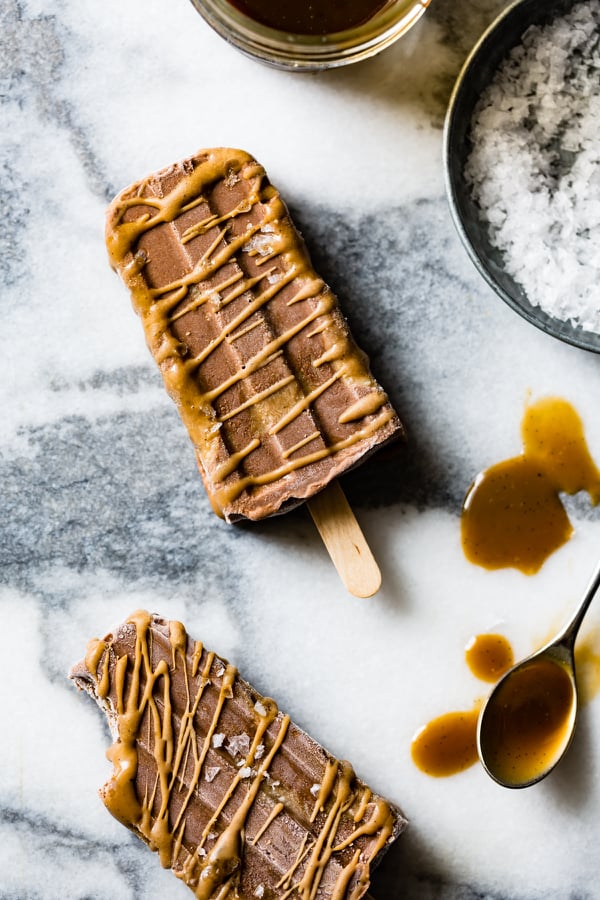 I’ve got a hankering for sweet treats this week, and there’s no shortage of summery goodness online to inspire me. Alanna’s vegan salted caramel chocolate swirl popsicles look irresistable. 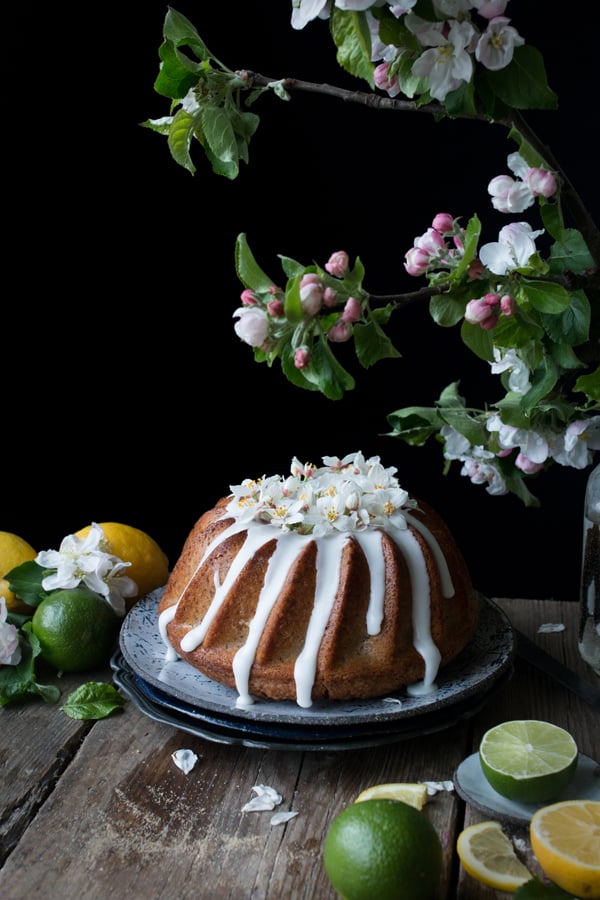 Finally, I’m so impressed with Kimberly’s vegan lemon bundt cake with lemon drizzle. I love cake—it may be my favorite dessert—but I’ve always found bundt cake to be a little tricky (I’ve burned a lot of them). Kimberly’s recipe is good reason to break out my bundt cake soon, and it looks pretty simple.

1. For my microbiology class last semester, we were each randomly assigned a case study of an infectious disease. Mine was anaplasmosis, which is transmitted by the tick-borne pathogen A phagocytophilium. While I was researching, I learned that tick-borne illnesses of all kinds are on the rise; cases of Lyme disease have more than doubled since the 1990s.

One of the proposed causes is climate change, since ticks can’t survive in very cold climates. This article from Vox gives information on how climate change is enabling the spread of tick-borne infectious diseases, and it also gives some good information on why Lyme disease can be so difficult to diagnose (not everyone can remember a characteristic bullseye bite mark, for example).

2. A consideration on the therapeutic power of photography. As the author notes, it can be easy to make light of how powerful images are in this day and age, since we tend to take so many with smartphones and for social media and associated sharing. But photographic images–especially those that we keep close to us over many years or decades–can give hope, provide a sense of continuity between past and present, and serve to heal. Through them, psychiatrist Harold Bursztajn notes, we can “learn much that is otherwise obscure about ordinary life, trauma, grief, and loss.”

3. A profile of the work of botanists who are struggling to save endangered plant species. I know relatively little about botany, but reading Lab Girl earlier this year taught me more and gave me new reverence for plant life. This article is a tribute to the beauty and importance of plants, as well as to the scientists who are fighting to preserve them in the face of our “sixth extinction.” The author notes that plant preservation can be a tough sell, in part because human beings have a difficult time truly “seeing” botanical life:

Most people have little feeling toward rare plants—fewer have any idea of the fight going on to bring them back from the brink. “We have a term called ‘plant-blindness,’” Yoshioka [a conservationist] tells me. People simply don’t see them, she says; they view greenery as an indistinguishable mass, rather than as thousands of genetically separate and fragile individuals, as distinct from one another as a lion is to a tiger.

Plant blindness makes it hard to convince anyone that individual plant species need saving. If you don’t even see them, you can’t possibly love them. The reality is that humans choose what other living things to protect based on their known utility or visual affinity. Charismatic endangered animals like cheetahs and rhinos draw in tens of millions of dollars of conservation money each year. Even a sliver of that could save hundreds of plant species here.

It’s a good point, and the notion of our choosiness about protection actually made me think about the way we treat farm animals versus companion animals. The author goes on to note that the loss of a single plant species may feel abstract to us, but that plant might be a source of medicine, or the foundation of a food chain on which multiple species depend.

4. Some reporting on how more and more physicians are encouraging patients to eat less meat and more plants. The article makes clear that a lot has changed in healthcare culture:

Dr. James Loomis, an internist who directs the Barnard Medical Center in Washington, D.C., says that over the past few years he has noticed a growing willingness among his colleagues to prescribe vegan and vegetarian diets to patients. “I am being invited to speak about this at mainstream medical conferences about diabetes and heart diseases,” he said. “That never would have happened five years ago.” He said that when he attended the first International Plant Based Healthcare Nutrition Conference five years ago, about 250 people showed up. This year, the group expects attendance to exceed 1,000.

5. Finally, Clive Thompson on the fading art of mapmaking.

If you have a long weekend ahead of you and plan to celebrate the 4th of July, I wish you a fun few days–and I’m wishing everyone a nice start to a new week. Tomorrow I’ll be sharing a summer fruit dessert that’s quick and easy enough to whip up at the last minute! Till soon.

As the Golden Globes light up TV screens tonight, let’s go ahead and give the award for “worst vegan food blogger” to me. I’m sorry, friends. I know I’ve been MIA, and that it’s been a while since I shared a worthy recipe. This was one of those weeks in which life just got in the way of blogging. Rest assured that there is so much I want to do with and for this blog in 2014, and do it I shall. I’m…

Happy Sunday, all! So glad you enjoyed the little sneak peek into Steven’s and my home cooking routine (if you missed it, my boyfriend shared a roundup of his 10 favorite vegan recipes). I’m in Chicago, waiting to fly back to NYC before a blizzard hits. Here are the recipes and reads that are keeping me company. I’m loving this simple, yet brightly colorful Asian style peanut slaw, and the lovely cabbage cup presentation! Speaking of peanuts, these Thai peanut sweet potato skins…