Just about a year ago, I was a month away from beginning my dietetic internship. I knew that my everyday life was about to change, but the whole thing felt so far away and abstract. It had been a long time since I’d worked in clinical environments, to say nothing of working with/for other people.

Speaking of that, it had been a hot minute (two years) since I’d taken medical nutrition therapy, and I felt more than a little rusty on a lot of my clinical knowledge. I was easing back into a sense of self after a long spell of anxiety and depression, and I wasn’t sure how the change in routine would hit me.

41 weeks, 1455 hours, nine rotations. It’s hard to believe that the DI is now behind me—and it has been for an entire week! I’ve been trying to reflect on the whole experience consciously, but that impulse has been competing with my overwhelming desire to take naps and watch television 🙂 I’ve made time for all of it, though at the moment rest is winning.

I expected the internship to toughen me up, in part because I was told that it would. I heard again and again that it would make me stronger and more resilient. I guess this is true in some ways; a major symptom of my anxiety is rigidity around habits and scheduling, and it just wasn’t an option for me to maintain control in that way this year. I had a new commute and a new schedule with each of my nine rotations, and the hours and locations were never up to me. Now that it’s all over, I do feel less “stuck” in my tendency to cling to routines.

But actually, I think the DI has made me softer. It’s interesting to compare this to my post-bacc, which is my other major grad school experience. When that wrapped up, I think I was toughened, if also (very) humbled. I came back to New York with a thicker skin about a lot of things that had previously scared me, failure and rejection among them. But I was still a little bitter about things not going as planned (my great weakness: feeling affronted when things don’t go as I plan), and for a while I wore around a layer of hardness that hadn’t been there before.

I’m feeling so differently nowadays, in spite of the fact that my internship year and my post-bacc share a lot in common: both were sleepless and difficult, intellectually challenging, relentless at times, and of course both were centered on clinical training. The first time around, though, I was so focused on mastery that I sometimes lost sight of the human dimension of healthcare, which is why I wanted to do all of this in the first place.

This time, without the pressure of med school admission nipping at my heels, I was able to approach the entire year as an opportunity to learn and to connect. It’s been so validating to be reminded that my pursuit of the RDN hasn’t really been about knowledge, expertise, or credentials; it’s been an expression of my honest love of sitting down with people and asking them to share their food stories with me.

There were other surprises along the way. When I didn’t get into med school, it was important for me to come home and be reminded that my identity doesn’t hinge on becoming a doctor, or any other kind of healthcare practitioner, though I continued to pursue a place in that world. It was important for me to hurl myself into creative work, and I’m so glad I did: Power Plates emerged from that, and so did a fresh experience of blogging.

But in focusing mostly on creative work in the last couple years, I forgot how much I love clinical work and medical science, too. I forgot how learning about the body fires my brain up. And that’s what stood out the most this year. My favorite rotations by far were my clinicals: ICU, long-term care, oncology. The private practice and community rotations that I expected to love were actually the ones that I struggled with most and found the least engaging.

Within only a few days of my first clinical rotation, at a nursing home, I was gobsmacked by how powerfully my love of medicine came flooding back. How special to be reconnected with a passion that I’d thought I had to leave behind in order to move on.

Other surprises: how much more open-minded this year has made me. It’s funny: in dietetics training there’s a huge emphasis on evidence-based practice. Great pride is taken in the role of RDNs as delegates of evidence-based (as opposed to anecdote-based) nutrition information. And it’s natural, as one learns all about the ins and outs of biochemistry, to become proud of the hard-earned knowledge. Or even a little smug about it.

That’s definitely what happened to me. I came to understand nutrition with a lot more depth and precision and perspective, which is great. But I think I also became a little dismissive of any opinions about food or diet that can’t be proven with a stack of randomized controlled trials and meta-analyses.

Having just spent eleven months working with patients, I’m reminded that there’s a difference between knowledge and truth. There’s a difference between what research indicates and the reality of a person’s experience of living in his or her body. Different diets and approaches to health work for different people. What heals one patient may not be healing for another; lifestyle, personal history, culture, belief, and a host of other factors mediate those differences. There’s plenty we do know about nutrition and the types of diet that are associated with lower risk of disease. But we don’t know everything, and we never will.

Of course I’m committed to evidence-based practice; it’ll be in my code of ethics as a dietitian, and even if it weren’t, I would still think it was my responsibility to be honest about the evidence we have and what it implies. But I also regard my relationship with future patients or clients as a partnership, and that includes a willingness to listen, carefully and respectfully. I’ll stay interested in experiences that I can’t explain with the evidence that I have; I’ll trust in my patients’ understanding of their own bodies. I went back to school with the intention of accruing expertise, but more and more these days, I feel less like an “expert” than a support.

Still more surprise: how much I love working with seniors. How nice it is, actually, to have colleagues and a routine again. How much more flexible I am than I thought I was.

How proud I am to become a dietitian. I have to admit that, for a while, this did feel like my plan B after not getting into med school; I’d been torn between dietetics and medicine initially, but medicine sparkled brighter. Being an RDN was (is!) such a great path for me, and it always was. I’m so impressed by the people who do it—my preceptors this year were some of the most capable and caring practitioners I’ve met—and I’m incredibly lucky to be joining them in what they do.

The journey isn’t over. I have an RD exam to study for and then pass, lots of details to figure out for the coming year. I have a little blog that hasn’t gotten as much attention as it deserves lately, and I’m excited to focus on it again.

But, as much as I complained about the hours and commutes, as much as I hated being separated from writing and cooking and other creative work, as much as I missed my home space and my routines, I’m grateful for this year. It helped me to refocus on intentions and goals that I’d lost sight of in grad school. And it makes me excited to begin a new chapter.

Needless to say, I’m deeply grateful to this space and community for keeping me afloat this year. And for listening to me gripe sometimes (OK, a lot of the time!). Thank you, thank you. Here are some recipes and reads. 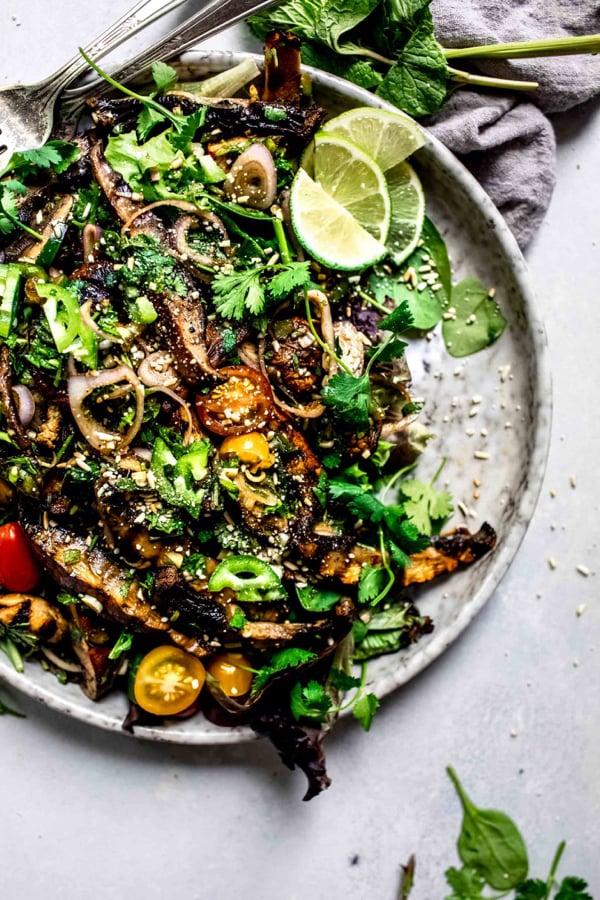 I’m savoring summer salad season, and this Thai mushroom salad is up on my list of recipes to try soon. 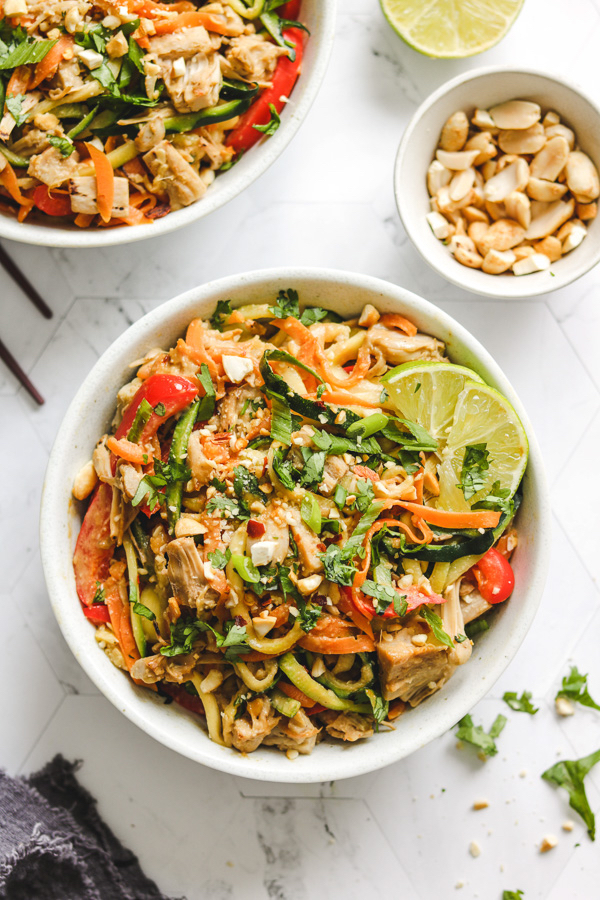 Speaking of Thai-inspired cuisine, this vegan pad Thai with jackfruit looks so colorful, fresh, and filling. 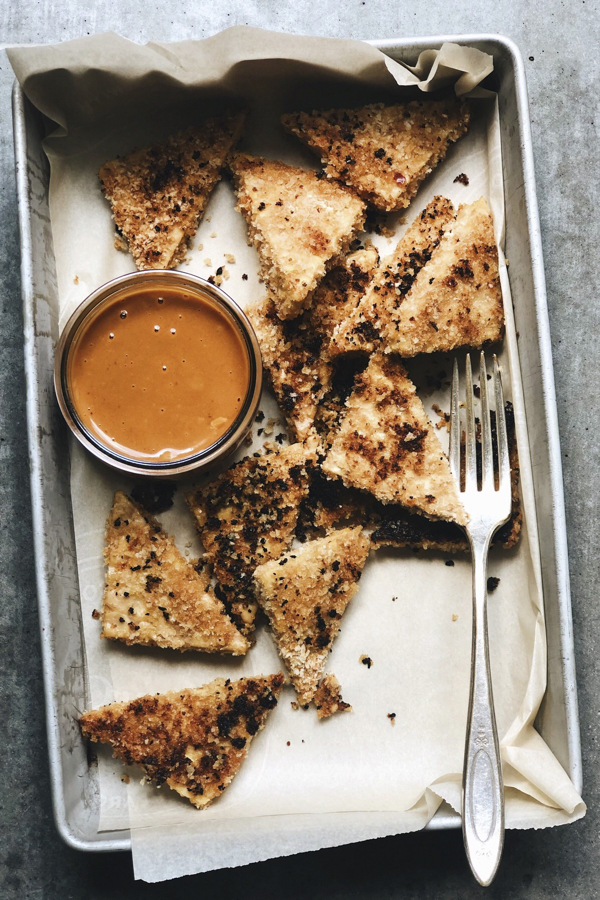 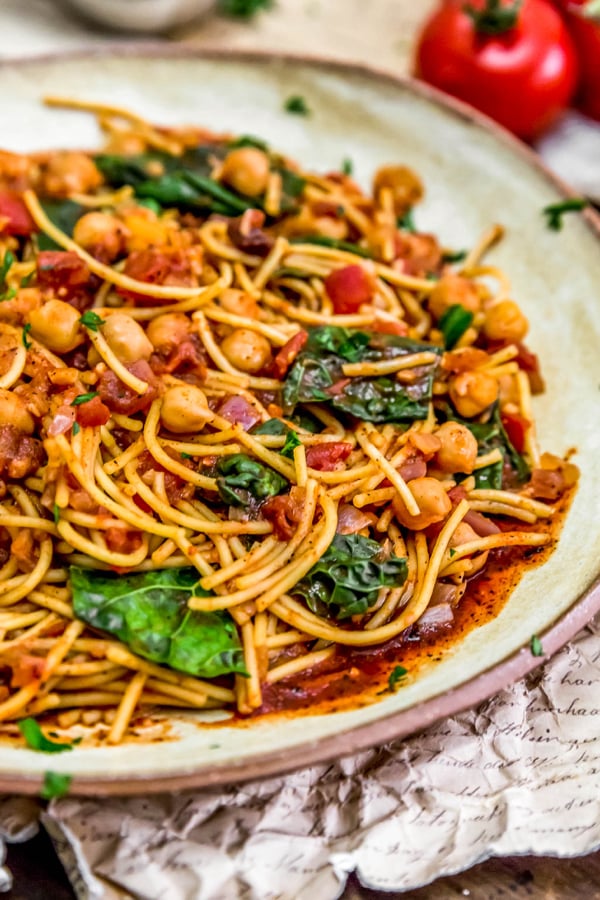 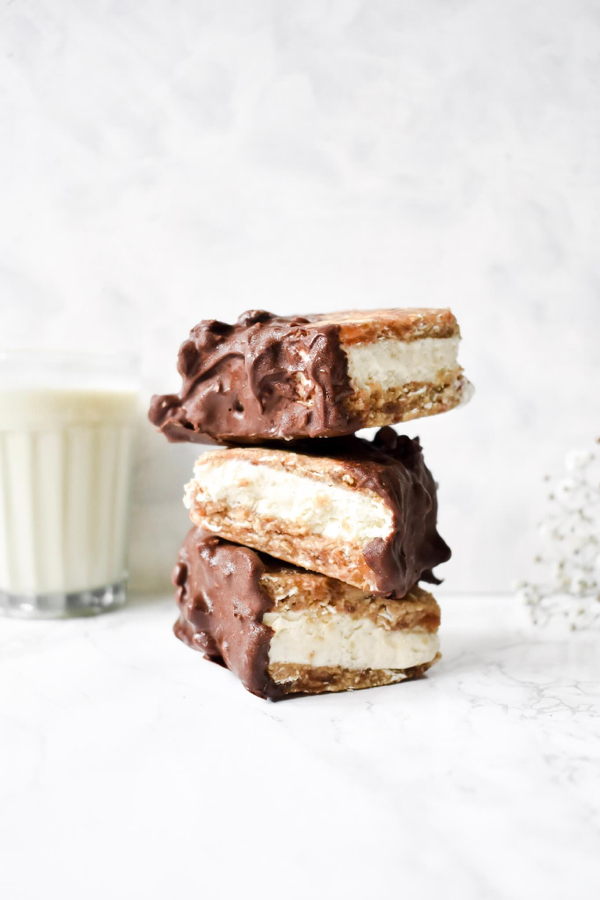 1. I loved reading this profile of local organization Chilis on Wheels, a mobile soup kitchen that hands out free, freshly cooked vegan meals to New Yorkers in need.

2. An informative explanation of family hypercholesterolemia: how to test for it, what the diagnosis means, and how to manage it.

4. Is dancing the kale of exercise? A sweet article in the New York Times highlights research showing that dancing may help to boost balance, coordination, and social connectedness among seniors.

5. Finally, an important reminder that children facing anxiety and anxiety disorders are likely to express their distress as somatization (like a belly ache) or with behavioral symptoms. It’s so important for us to pay attention.

One week away from weekend reading was too much! It feels good to write again. Happy Sunday, friends.

I’ve had a chance to reflect on my internship experience in the last two weeks, and what stands out to me is how much of my own “stuff” I’ve been able to let go of, or work on. I’ve gotten better at taking care of myself. I’ve become firmer and clearer with boundaries. I’m communicating more directly. And, maybe best of all, I’ve come a long way in letting go of perfectionism. I was thinking about this a lot this week, because it…

Hi friends! I’ve had a busy, busy week here, as I try to get my new home set up and in working order. I also got to speak at The Seed conference this year for the third time in a row, as as usual, it was a total blast. My topic was “raw fusion” — how to prepare dishes that fuse raw recipe techniques with standard vegan ingredients. The dish I choose to demo was zucchini noodles with black bean, mango, and avocado salsa….