This week has flown by, and as I watched it pass I definitely sensed that the slowness of summer was giving way to the busier energy of fall. We’re not there yet, I know. But it’s coming.

I got my first two DI rotation placements, which means that I now have a sense of my schedule through December. September and early October should feel pretty manageable, and late fall will be demanding. After an initial day or two of nerves and resistance, I’m feeling pretty solid: aware of the changes ahead of me, but basically ready for them.

I realize, too, that a considerable part of me is excited about the DI. I think I’ve tried not to be, because so much of my grad school experience has defied was I was hoping for. I’ve developed a strong capacity to greet new experiences with an open mind and as few expectations as possible. Still, it’s good that I’m excited; I haven’t been excited about my training in a while, and the sensation is welcome.

Part of what excites me is the fact of my nutrition education finally becoming more humanized. I began this process because I love working with people. I needed a lot more scientific understanding and clinical exposure than I had in order to continue doing it in the way I wanted, and I don’t regret going back to school to fill in the gaps. It’s been hard, though, to study nutrition so abstractly; at many points in the last year it was easy to forget what had driven me to do all of this in the first place.

When I got my first two placements, it occurred to me that, for the first time since being a hospital volunteer at Georgetown, I’ll be working with people: patients, preceptors, peers. I know it’ll be difficult at times. But after a few very solitary years, the idea of an interactive workday holds lots of appeal.

We’ll see how I feel once I get there, and I don’t doubt that my feelings about it will fluctuate, just as my enthusiasm and energy for writing and cooking tend to ebb and flow. For today, I’m acknowledging my own desire for a new beginning.

Speaking of new beginnings, happy Monday. Here are some reads and some plant-based goodness to feast your eyes on. 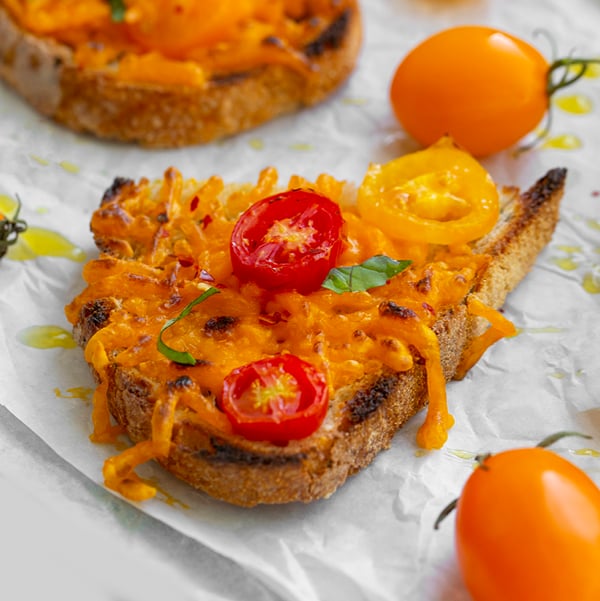 Four simple, summery recipes today, followed by one stunning dessert. First up is Kathy’s yummy and easy summer tomato cheese toast. Grilled cheese & tomato was my favorite sandwich when I was a kid, and this looks to be a perfect, grown-up answer to it. 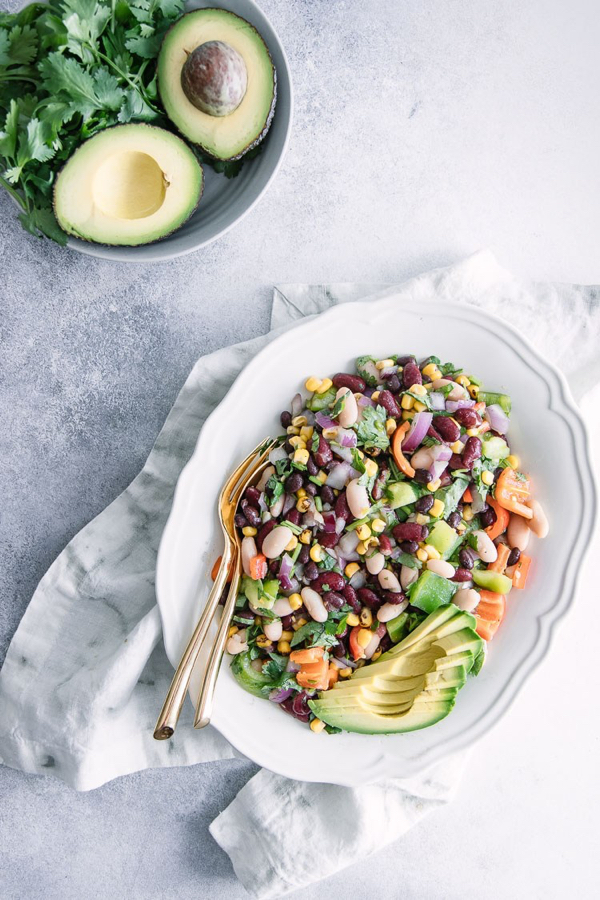 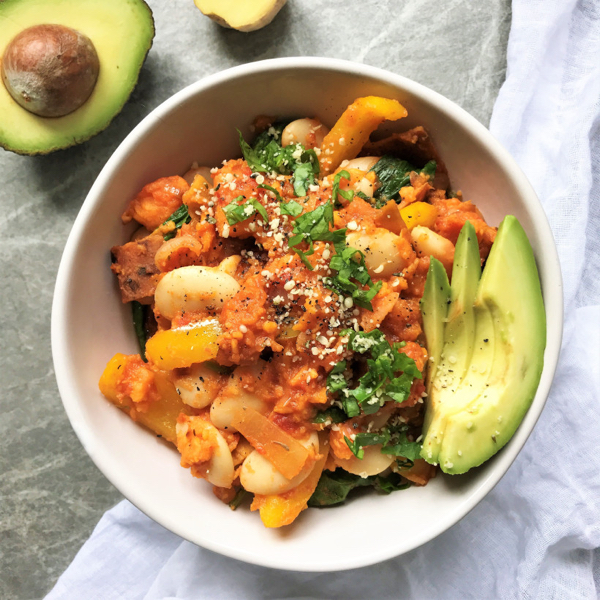 Speaking of beans, a simple yet creative butter bean and sweet potato smash. Amy’s recipe would be great as a lunch bowl component or scooped over toast. 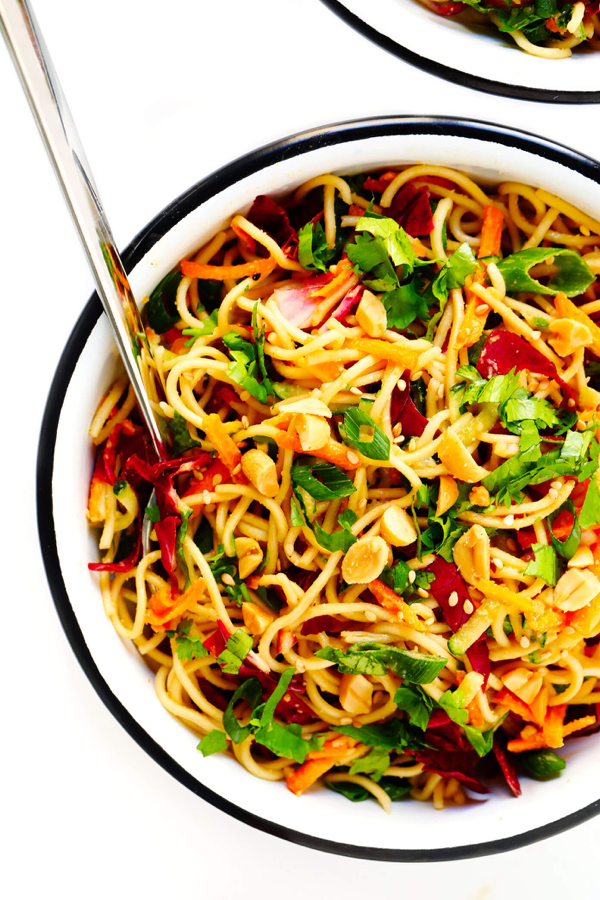 There’s nothing like a colorful bowl of sesame peanut noodles. Ali’s stellar recipe calls for Chinese egg noodles, but any vegan noodle option will work; Udon noodles are my favorite these days. 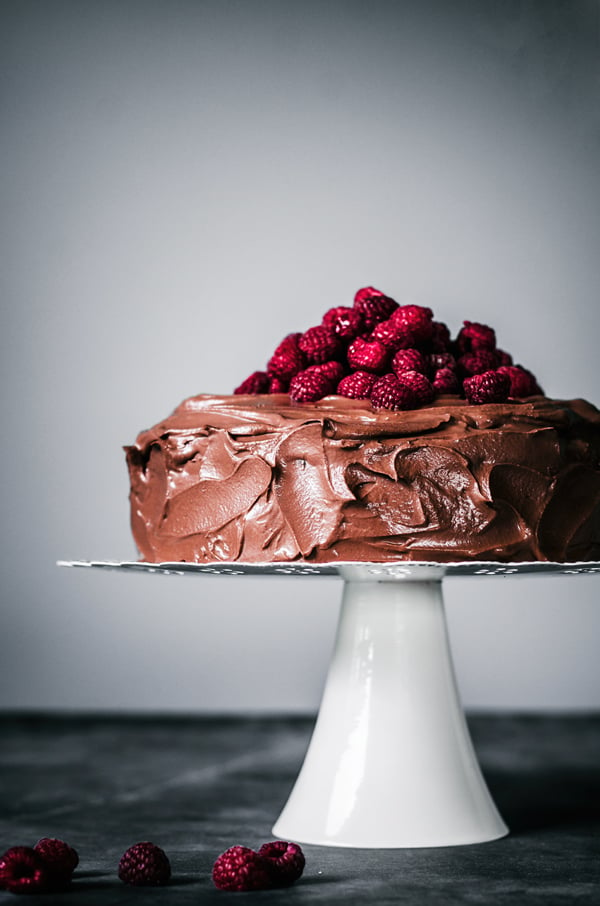 Finally, it’s hard for me to put into words just how badly I’d like to devour a thick slice of Alexandra’s vegan chocolate raspberry cake right now. Those frosting swirls! ❤️

1. A sweet and surprising look at the power of expressing gratitude. Amit Kumar at the University of Texas at Austin and Nicholas Epley at Booth School of Business at the University of Chicago recruited study participants and asked them to write a thank you email to someone who had touched their life in a meaningful way. The participants were asked to make predictions about how the recipients would feel about being thanked and acknowledged; meanwhile, the researchers reached out to the recipients and asked them about how they actually felt and thought. The results:

Kumar and Epley believe that this asymmetry between the perspective of the potential expresser of gratitude and the recipient means that we often refrain from a “powerful act of civility” that would benefit both parties.

This gives me a nudge to send thank you notes more often, and also to find more simple, everyday ways of expressing and acknowledging gratitude.

2. Knowable Magazine interviews Nora Volkow, director of the National Institute on Drug Abuse, about how the medical community is learning to manage chronic and acute pain in a time of opioid abuse.

3. Reading this article has made me incredibly excited to try Good Catch tuna!

4. I’m touched by Maria Del Russo’s candid thoughts on traveling alone and what it taught her; they brought me back to my trip to Prague last year and how much I realized about myself while I was there.

One of those realizations was that I had become—or maybe always been—afraid of being alone with myself. It’s a state that I successfully avoided for years with workaholism, self-imposed busy-ness, and various forms of codependency. Del Russo describes something similar:

I have never admitted out loud this stemmed from a deep, dark fear of being by myself. It is not that I just fear being alone. I fear being with me, and that is something different.

When I left Prague, I felt that I’d managed to become better friends with myself. More than anything else—the food, the sightseeing, the music—that’s what I took home from the trip. I’ve been gently cultivating it ever since.

5. Brandom Keim’s meditations on animal labor, both domesticated and in the wild, gave me a lot to think about. Particularly this sentiment:

Clean air and clean water, carbon sequestration, and organic materials are not yielded by something so abstract and impersonal as “ecosystems.” They’re the products of vast and unceasing animal and organismal activity. Countless creatures preparing soil, dispersing seeds, distributing nutrients, regulating populations, performing the myriad and constant tasks necessary to support the nature we take for granted…

Maybe recognizing animal labor at a larger scale would help people appreciate that.

Keim is particularly interested in pesticide use and its impact on birds, but for me the invitation to extend my consciousness to the rights of wild animals, as opposed to farm animals, was provocative and important.

A simple, staple recipe for tempeh is coming your way later this week. Till soon,

A week ago, I wrote about bullet journaling and starting new tasks without expectations of permanence. I stuck with a very basic form of the journal through the week, and as I did I started to feel not only a sense of pleasure at having a new way to stay organized, but also the pleasurable experience of feeling as though I was reinhabiting an old self. It was the self who could accomplish ten tasks before noon, who rose with the sun and…

Do you ever have a week of complete absentmindedness? I sure did. I’ve been misplacing everything this week, from earrings to a hat to (somehow) the top of my burr coffee grinder. Most hilariously, I couldn’t find my keys in my own apartment for an entire 24 hours. Good thing I had a spare set handy. There’s a difference between losing something and misplacing it, though. Funnily enough, I ended up finding most of the things that went missing this week. And it’s…

As I write this post the wind is howling furiously outside my window, and my apartment, which usually manages to stay pretty warm no matter what’s going on outside, is decidedly drafty and chilly. It’s a true winter’s day in New York City. Because of that, because of recurring sinus stuff that won’t quite quit me, and because tomorrow is the very first morning of my new DI rotation, I’ve barely stepped outside today. Years ago, a day like this—sedentary, indoors, very sleepy—would…

In the summer of 2010, I signed up for Nutrition I at Hunter College. I was twenty-eight, a professional book editor who hadn’t taken a science class since high school. Uncharacteristically for me—I’m usually very decisive—I couldn’t decide between a future in medicine, dietetics, or mental health. But I knew that I wanted to make a career change, and this was the place to start. I loved my job, but I loved helping people to experience pleasure and well-being through food even more….