I’ve been thinking a lot about change this week, how it creeps up unexpectedly and often without any help from us. For a while this past spring it was as if I was suspended in time, which at that moment didn’t feel like much of a good thing. The days were long and stifling, overpopulated by anxious thoughts.

It’s different now; I don’t feel as if I’m dragging myself through time. The quality of my day-to-day experience is richer and fuller. There’s more that I’m looking forward to and less I’m worried about. I feel more rooted in my relationships, more secure in my sense of self. I’ve been working on my ability to shift perspective, which I guess has something to do with these changes. But for the most part they seem to have come about on their own.

Sometimes I’m reminded that the changes that feel so evident to me aren’t necessarily visible to others. For example, people have started asking me if I’m dating again. They usually ask in a way that assumes I’ve been at it for a while already—”so, have you been dating?”—which makes me chuckle because the whole idea of dating still feels light years away.

I guess that’s a type of change that would be visible and easy to appraise, but I can’t say I’ve given it any serious thought yet. I’ve thought about experiencing companionship again, but only in the abstract, and even that notion took a very long time to crystallize.

In the weeks after my breakup with Steven I really did feel certain that I’d never be intimate with anyone again; I was fully aware of how untrue it was, the fact that it was just a stage, but that didn’t change the reality of the feeling.

I’ve moved toward recognition that partnership will happen again. But dating requires conscious action, a certain series of decisions and steps, and I suspect it’ll be quite a while before I have the courage and confidence to “go there.” It hasn’t been this case with past breakups, but this time around I know that readiness for physical intimacy will take a long time, too.

In the meantime, of course, I wish people wouldn’t ask. I understand that it’s a natural question, one that’s proffered in the spirit of reminding me that there’s lots to look forward to. It’s just that the question seems to reduce the whole process of healing to one single variable—meeting new people, moving on—when my experience of this breakup so far suggests that it has a lot still to teach me and I’d be foolish not to pay close attention.

For reasons I still don’t really understand, I stumbled into an isolated and desolate place in the last couple years. I don’t blame my relationship for it, but I know that it played a role, and I want to understand it better so that I can avoid falling into a similar pattern again. Untangling what happened might take a while; in the meantime, I’m learning how to reengage meaningfully with my life and the world around me.

I’m pouring myself into friendship and human connection again, feeling lit up by my work and the ideas and causes that matter to me. I’ve always had the great blessing of loving what I do, but a year or two ago I was feeling a kind of anhedonia that drained the pleasure from work along with everything else. It was painful and alarming and a challenge to my sense of self. I’m finding my way back, and the reawakening is sweet and purposeful.

In my birthday post this year, I wrote about feeling humbled in my heart. I was searching for the words capture the poignancy of recognizing my own hunger for love and my sense of indebtedness to other people. I’m acting on that by softening my approach to all human interactions: I’m trying to be more open and curious, more loving, more compassionate, less irritable and defensive and set in my ways. Each moment of exercising generosity and softness feels new, and with all of the richness comes a sensation of vulnerability, too. I’m treading surely, but carefully.

That’s the work, at least for now. I have to imagine that if I continue doing it, it will lead me to places I can’t anticipate, and intimacy will probably be one of them. For the time being, I’m marveling at growth that is underway, no matter how invisible it may be from the outside. I’ve spent a lot of time feeling stuck in the last few years; to experience any change, whether internal or external, is a gift I don’t take for granted.

This week, I was touched by Sara B. Franklin’s tribute to Judith Jones on Food52‘s site. It reveals a side of the famous editor that I, for one, hadn’t seen. I hope you enjoy reading it, along with the other links. 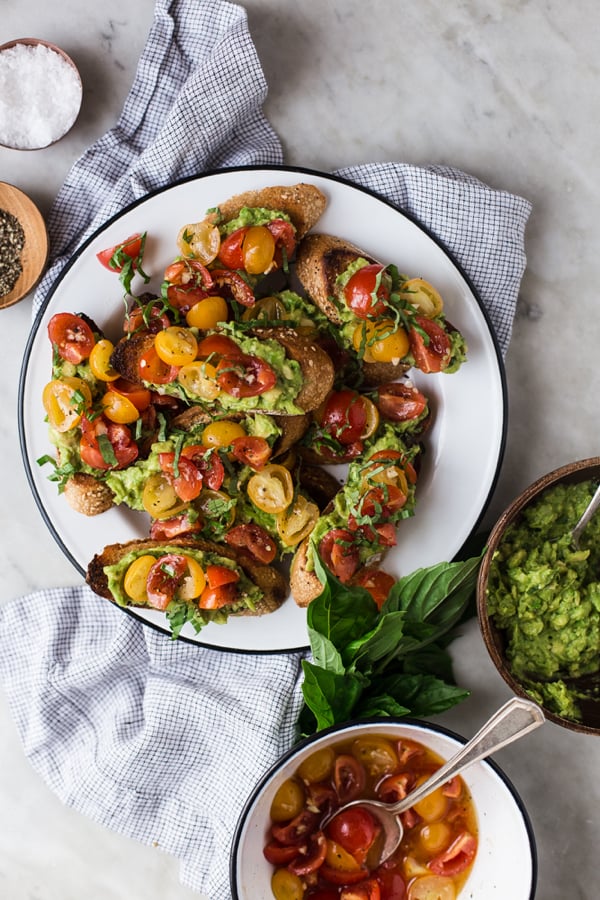 Produce is so fresh and lovely at this time of year that it doesn’t need much fussing. This simple, colorful tomato and avocado bruschetta from the ladies at The Modern Proper looks like a perfect way to celebrate August. 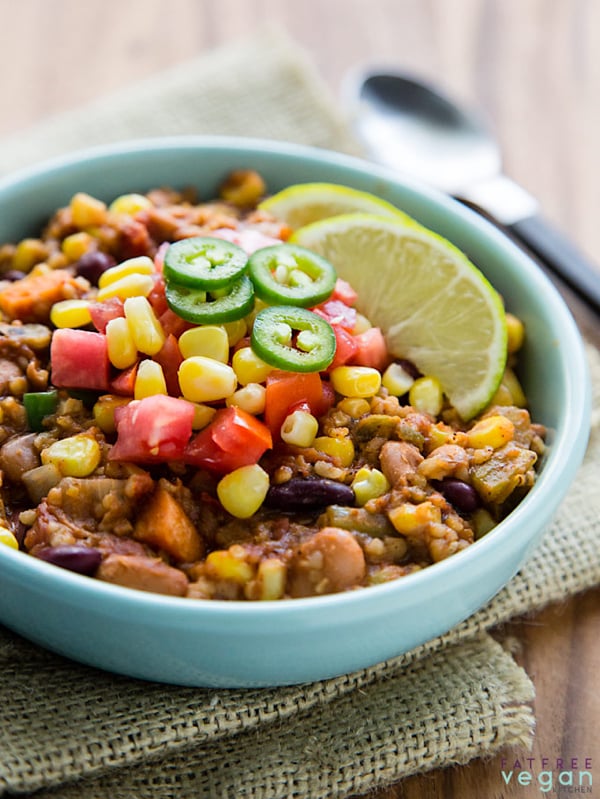 I’ve been giving a lot of thought to investing in an Instant Pot this year, and Susan’s awesome, nutritious mega vegan chili is at least one good reason to go for it! 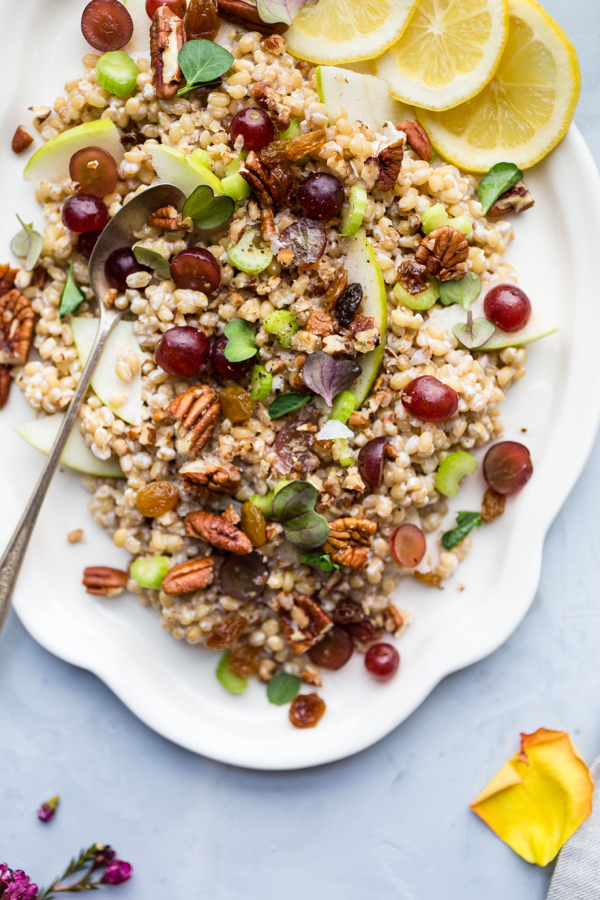 I love wheatberries, and Shelley’s Waldorf wheatberry salad looks so much heartier and more textured than a lot of vegan Waldorf salad recipes I’ve seen. I’d love to try this in the fall, when grapes are in season. 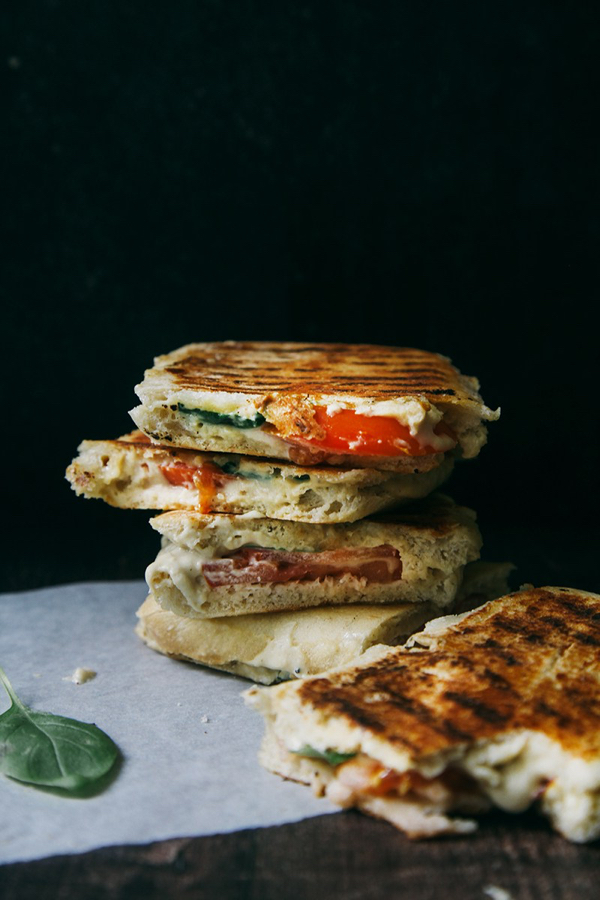 I’m drooling over Aimee’s beautiful vegan caprese panini! Wish I had this to eat for lunch right about now 🙂 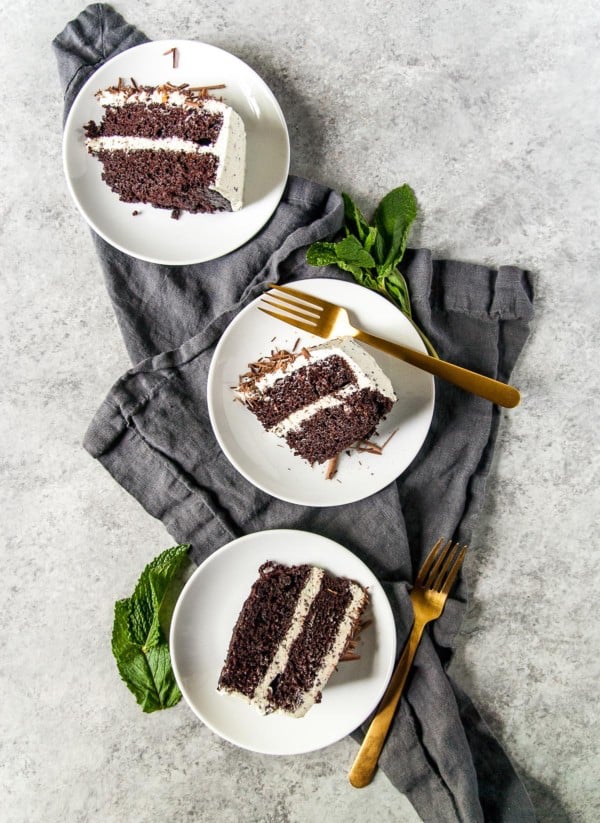 The next time I’ve got a friend with a birthday, I’ll be making Abby’s awesome vegan mint chocolate chip layer cake.

1. Writer Sara Franklin reflects on the time she spent with Judith Jones, legendary editor of Julia Child, Edna Lewis, and Marcella Hazan, among other culinary greats (as well as a roster of novelists). One detail I love is that Jones, recalling her choice to fight for publication of Anne Frank’s diary, said, “I think part of growing up is that wonderful sense of freeing yourself and finding your own world.”

I’m not sure when that process ends, or if it ever does, but in many ways I feel as though my thirties so far have been all about trying to find a world of my own. The essay is sensitive, loving, and infused with a sense of female camaraderie.

2. I don’t even want to admit how far off I am from changing my kitchen sponge weekly.

3. I think it’s always good news when we can sort through enough evidence to glean preventive measures for a complex and multifaceted health disorder. Dementia is one of these, and Vox has done a nice job of rounding up the 9 behaviors that can help to reduce one’s risk by about 35%.

4. Naomi Tomky shares some lighthearted, yet thoughtful reflections on how being pregnant changed the way she thinks about food in unexpected ways.

5. Researcher Tiffany Watt Smith has written a new book exploring the idea of “emotional granularity” and language. In short, she’s examining words that exist across languages to describe incredible precise and seemingly subjective emotions. This article rounds up ten from her book, which I’m now eager to check out.

As the article predicts, no sooner did I learn about the words and their associated feelings than I found myself recognizing how often I’ve felt these very things, even if I didn’t have a name for them until now.

Enjoy the reads and the recipes. I’ll be back this week with the galette recipe I’ve been making all summer, starting with strawberries in June and culminating in stone fruits now. It’s become a favorite dessert, and I’m really excited to share it.

On Friday, I was honored to be a part of a conversation titled “Hot Topics in Eating Disorder Treatment,” hosted by Castlewood Treatment Centers and Balanced Eating Disorder Treatment Center here in New York City. The workshop’s moderators were Tammy Beasley and Melainie Rogers, both registered dietitians who specialize in ED treatment. One of the topics under discussion was whether or not vegans can and should be treated in high-level, in-patient care. Tammy and Melainie invited me to share about my own recovery…