I often read about the power of choosing one’s thoughts, or something along those lines: shifting perspective, flipping the script, quieting negative self-talk, and so on. It sounds so compelling and empowering, yet so elusive. Most of the time, I feel that my thoughts choose me. I often wish—especially when they’re particularly exhausting—that they’d choose someone else.

Once in a while, I’m able to choose different thoughts, or to change a gloomy perspective. The amount of effort that it takes to do this consistently surprises me: it’s so much greater than what I expect, so much more work than my self-help reading prepares me for. Sometimes I don’t succeed at all, and I’m left wondering whether I’m trying to choose new thoughts or bullying myself away from thoughts that, no matter how tedious, are honestly and stubbornly mine.

This tug-of-war has been on my mind a lot in the past week. At many moments when my outlook felt particularly grim or negative, I invited myself to envision things turning out differently, or to resist making any sort of prognosis about how they’d be. Sometimes it worked, albeit through a lot of effort, and I was proud of myself for challenging assumed narratives.

Then this weekend rolled around, and for various reasons it feels impossible to escape my own worrying and nervous mind chatter, to resist chasing after fearful thoughts. Added to it all is the frustration of feeling as though I ought to be able to see things differently, to quiet my mind more efficiently. What’s all of the meditation and mindfulness practice for, if not to make this less of a struggle?

Usually when I’m wrapped in knots like this, the best path forward is a simple self-compassion practice. For me, it starts with doing kind things for my body (generally this takes the form of cooking something I like to eat), and if I’m lucky it can evolve into a gentle acceptance that I am where I am, and I’m doing my best. Sometimes it helps to imagine that I’m treating myself as I would a friend who was having a particularly tumultuous inner day, or even that I’m tending to a younger self or inner child.

This post catches me midway through that process, having just whipped up a tasty lunch that felt self-caring and a post-prandial nap that was equally so. Racing thoughts haven’t quite subsided, but the physical self-care that so often initiates self-soothing is underway, and that’s a good thing.

As I was sitting down to write, I realized that choosing to be self-compassionate is its own form of perspective shift: I may not be able to select different thoughts than the ones I have, but I can resolve to stop dwelling obsessively within my thoughts and to focus on my body, my breath, my whole being.

I also realized that, to whatever extent choosing different thoughts is possible, there’s a reason it’s not easy work. My fallback narratives about the way things are and have to be are informed by really old stuff: old fears, old experiences, old assumptions. They’ve safety of the familiar working in their favor. A new outlook, no matter how ostensibly hopeful or fresh, may actually register as a greater threat than I consciously grasp when I’m thinking about all of this.

These realizations have been helpful. Now I’m feeling more aware of a familiar kind of turmoil, but choosing at least to recognize that the possibility of something different exists, to acknowledge my own efforts toward change, and to detach a little bit from how it all goes. At least for today.

Wishing you self-compassion and small acts of self-acceptance as we enter a new week. And here are the articles and reads that caught my eye in the last seven days. 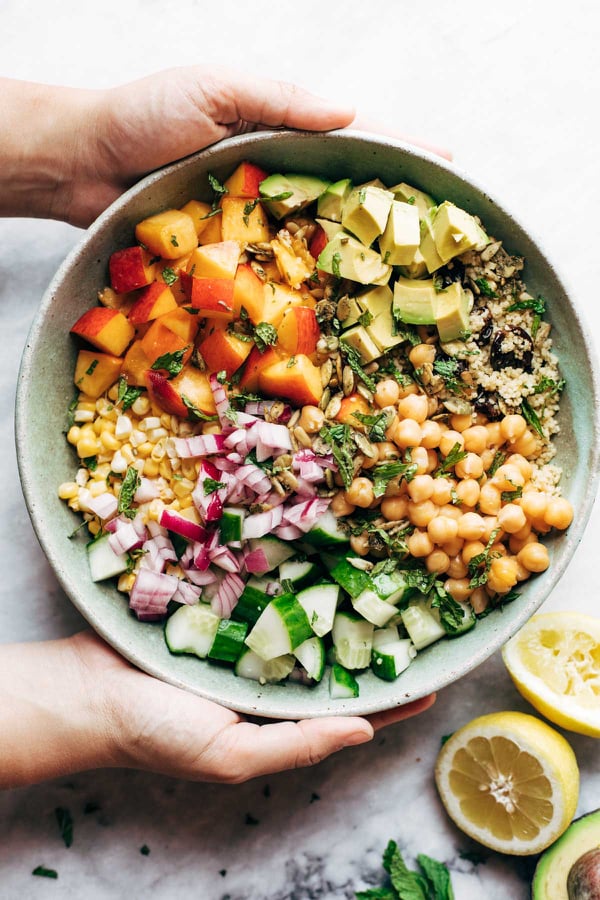 I catch cooked more couscous than I needed this week to serve with the tagine recipe from Power Plates, so I’ve been searching for summery couscous recipes to use the leftovers in. Lindsay’s couscous summer salad is a feast for the eyes, and I love all of the varied fruits and veggies she uses in it. 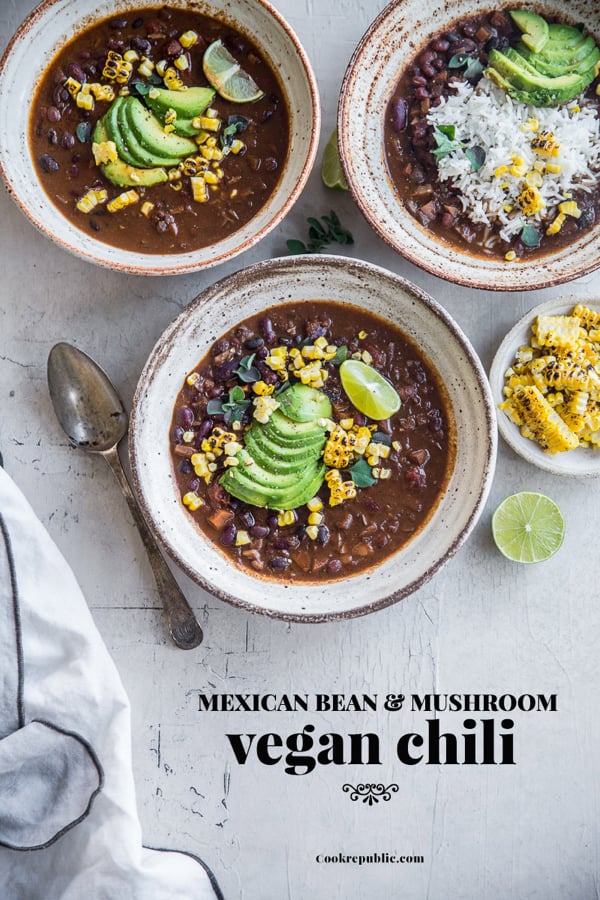 Sneh’s Mexican bean & mushroom vegan chili will be in my slow-cooker recipe rotation once the DI begins: so hearty and simple. 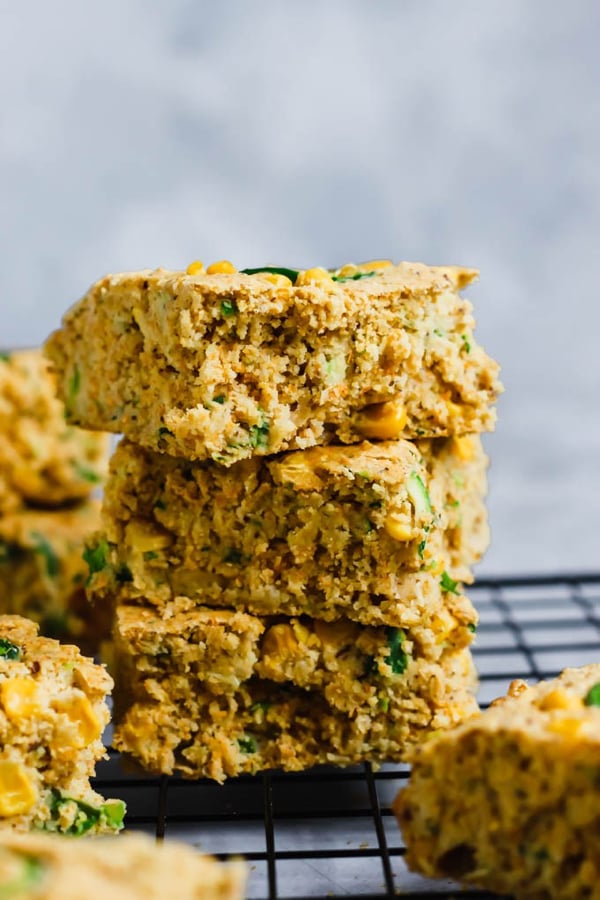 What better to serve a bowl of vegan chili with than Emilie’s scrumptious jalapeño zucchini cornbread? 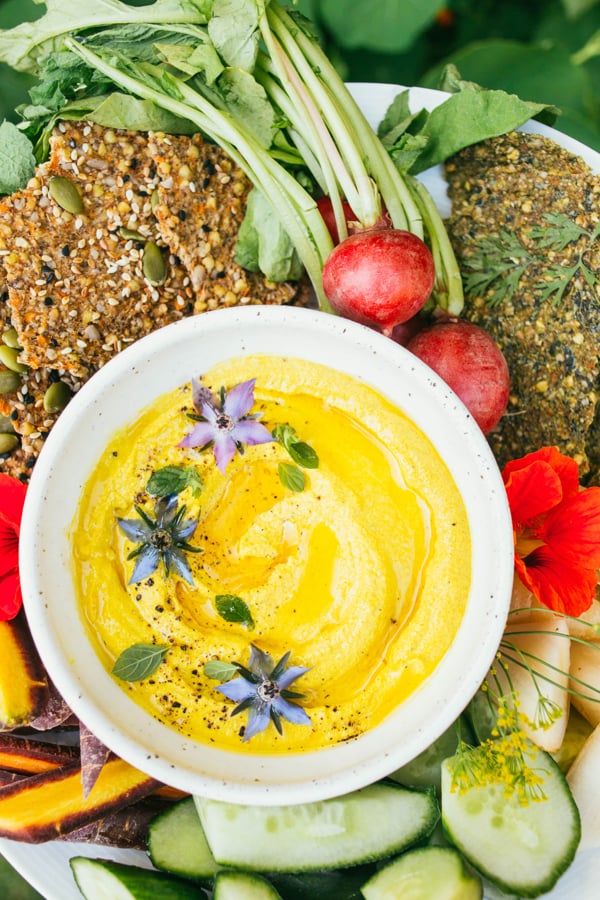 I haven’t made a nut-based spread in a while, and Sophie’s beautiful, golden cultured turmeric cashew spread is calling my name. 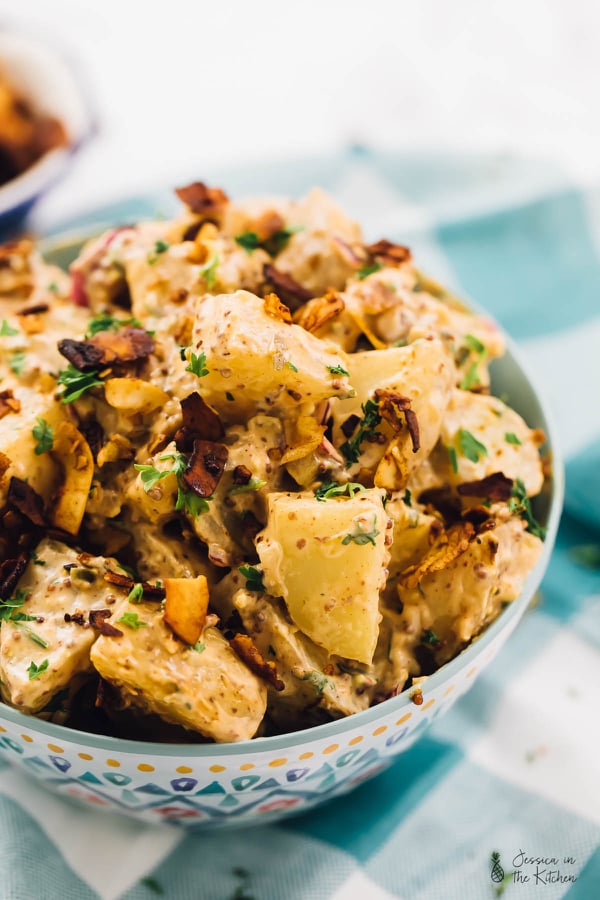 Finally, I need to find a Labor Day get together to attend specifically so that I can bring a bushel of Jessica’s loaded vegan potato salad with coconut bacon. Delicious!

1. My idea of mindful eating has evolved over the years, but it’s never resembled anything even remotely distraction free. As someone who lives alone (and even when I didn’t live alone), I like eating in front of the TV or with my Kindle. It’s taken me a long time to admit this without a little bit of guilt, and to furthermore admit that, even though I pay a lot of attention to how my food tastes and smells, I tend to eat pretty quickly and to polish off my plate without asking myself along the way if I might already be satisfied. None of this aligns neatly with the “mindful eating” that’s often written about or presented to me in articles.

I smiled when I read Carrie Dennett’s thoughts on mindful eating for the real world. It’s a nice reminder that mindful eating can and does look different for all of us, and that awareness and distraction can actually coexist.

3. Let’s hear it for a new generation of veggie burgers (and other innovative plant foods)!

4. Plastic pollution in oceans is getting more and more attention in science journalism these days, and I was struck by Erica Cirino’s elegant article on how it’s now traveling up the food chain.

5. There’s nothing I love more than cooking for friends, but I’m all too prone to making apologies for the food I prepare; I qualify that it’s no big deal, apologize that it wasn’t something else, note that I didn’t have time to make something that isn’t on the table (and consequently not being missed by anyone but me).

It’s taken me a while to figure out how much this dampens the mood of a meal. People gather to appreciate what’s there, and they usually love something that’s simple and good. I may be thinking about what my food isn’t, but my friends aren’t.

When I read Emma Laperruque’s thoughts on not apologizing for her food, I nodded my head firmly in agreement. And, especially in the context of how I’m feeling today, I like her words about the value of “fake it till you make it,” so to speak:

That’s the funny thing about white lies: They can be so aspirational. I like to think that the more you act like the person you want to be—less self-deprecating, more self-loving; less frantic, more calm; less judgmental, more empathetic—the more you become that person. And then, eventually, what’s the difference?

In the last few months, I’ve been reminded of why we use expressions like “heartache” or “broken heart.” It’s something you forget once your heart has been patched up and healed from whatever its last injury was, but the loss of love can be physically painful. It’s a heaviness, an ache in the chest. We read and hear about this all the time, but somehow it’s always surprising to experience it firsthand. I was thinking about this when I read Brian Doyle’s 2004 essay on the capacity…