This is the last Sunday before the first day of my fall semester, which I can’t believe is here already; I’ve got my first class, Ethnic and Therapeutic Meal Patterns, on on Wednesday. Tomorrow I’ll be mapping out my work schedule for September, getting my syllabi in order, and continuing to unpack and catch up from some recent travel, which I’ll have more to share about next week.

I like the “back-to-school” energy; it always feels so purposeful. And I’m marveling at the fact that I’m entering the last two semesters of my masters program. At one point in time, when people asked me when I’d finish, I’d (maturely) rolled my eyes and responded with “never,” because it seemed as though grad school had been underway forever and the end was still so distant. Suddenly, it’s on the horizon.

As I was settling back into my routine this week, a friend sent me Laura Dern’s letter to her twelve-year-old daughter, Jaya, as told to Leigh Belz Ray. I was really touched by it, and I’m sharing it today as part of the roundup of reads.

“I’ve been thinking a lot lately about what it means to be a woman today,” Dern begins. She goes on to say a few words about growing up in the ’70s and the way she responded to the idea of “having it all”:

…my reaction, as I got older, was to decide that even though I could do all things, I was going to focus only on one at a time. Continually striving not to fail was the burden I put on myself. And I’m writing this to you because I want to make sure that you don’t limit yourself in the same ways.

I’ve spent a lot of my life going, “OK, I’m going to be an actress, but I have to give it everything, so I probably won’t be able to also have a successful relationship,” or “I’m about to be a mother, so I’ll give up my acting,” or “I’m married, so I’m going to put my career on hold and be ‘a good wife’ and support him.”

…I started realizing that focusing on one thing in an effort not to fail at anything else was a weight I was carrying. And I want to be a woman who does it all, no matter how it turns out.

I’m of a different generation than Dern, but I can relate to the narrowing of focus and perfectionism that can serve as a response to freedom and choice. I often find myself resolving to do one thing perfectly, rather than embracing the possibility of doing many things for the sake of experience, without necessarily getting them all right.

I suspect there’s value in approaching life as a generalist and also honing a craft and striving for mastery of one thing; being a little bit of a hedgehog and a little bit of a fox, to use Isaiah Berlin’s formulation. But when my focus is single-minded, I’d rather it be so out of genuine passion or interest, rather than a scarcity mentality, the assumption that I only have so much capability to go around.

Dern’s doesn’t advocate “doing it all” in a way that diminishes doing one thing with love and attention. Rather, she’s trying to discourage the fear so many of us have of doing some things imperfectly. She writes,

Life is scary, and it’s glorious. You’re never going to get it all right. You’ll get it deliciously messed up, and that will be part of figuring out who you are.

. . . I want you to know that most of your life will happen in the gray spaces between bliss and heartbreak, between having everything lock into place and having it all fall apart. That’s where the grace is.

I want you to have faith and hear yourself when you’re just barely holding it together. I want you to be able to talk to friends about their gray areas and be open about your own without judgment. You will succeed and fail in equal measure. Both experiences are worthwhile. They will both define you.

My girls-only education was dedicated, at least in theory, to female empowerment. But no one—not a single teacher or mentor—ever sat us down and told us about how often we were going to mess up, and how important those mistakes would be. The brand of feminism we were given in school was very interested in our highest potential; it was less interested in our inevitable failures and struggles and how we might respond to them.

For better or for worse, my personal upbringing encouraged me to be “above reproach”—an expression I’ve tried to unlearn, because it diminishes the importance of acting out, being in the wrong, falling apart, and all of the other, very human experiences we encounter in those gray zones Dern mentions. I’m grateful to have been handed strong values and encouragement to be my best self, but I wish I’d also been prepared for “just barely holding it together” and told gently that it, too, is a part of life.

When we’re really loved, it’s the whole of us that is cherished. It’s touching to read a mother’s invitation for her child to honor and value the entirety of personhood—the lightness, the darkness, and everything in between. If you read the whole letter, you’ll also see that she has some insightful things to say about social media and the vision of life it sometimes seems to present us with—an especially important for teens and young people today.

Enjoy Dern’s thoughtful words on womanhood, mess, and flow. And I hope you’ll enjoy the recipes and other articles, too. 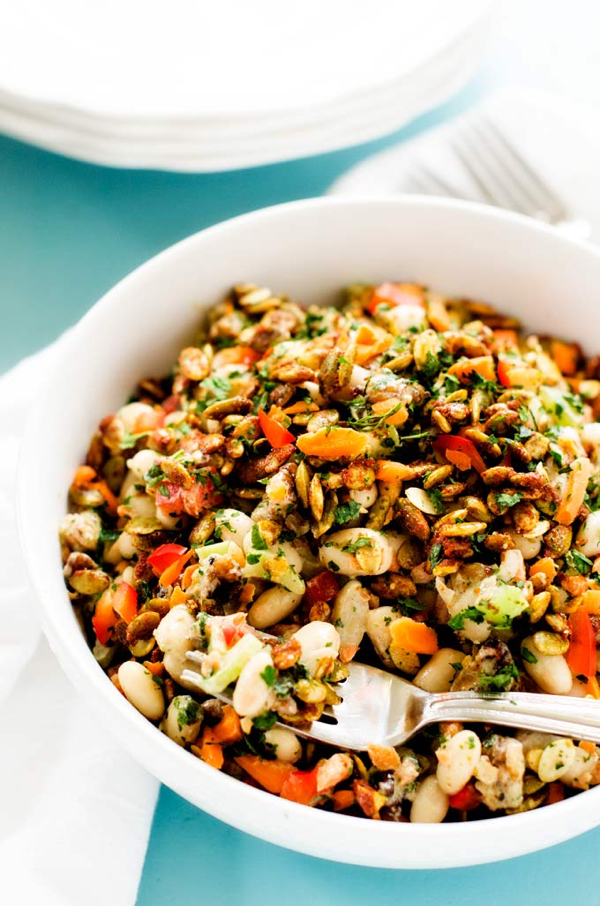 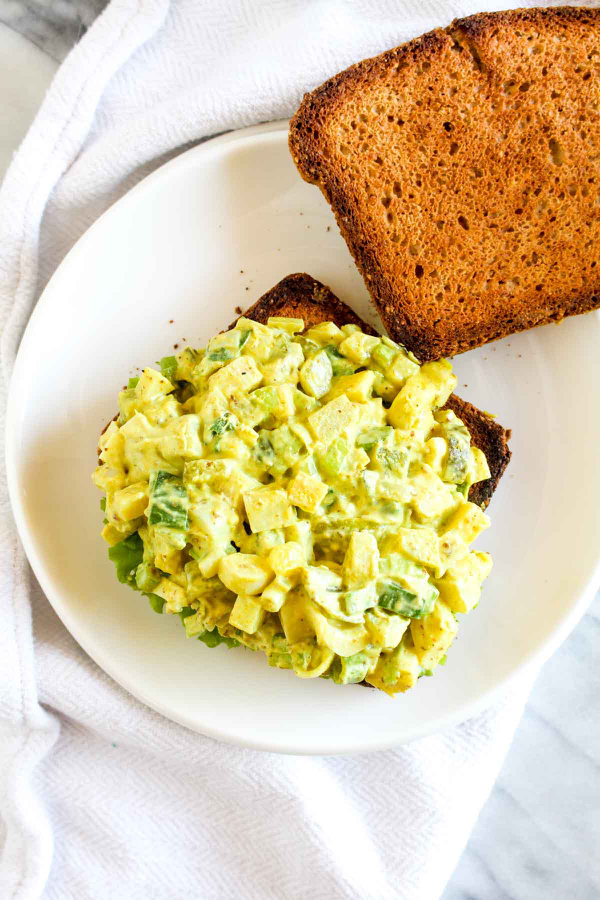 Also perfect for a packed lunch: Laurel’s vegan egg salad. I’ve made countless versions with tofu before, but this one features hearts of palm for a creative twist. 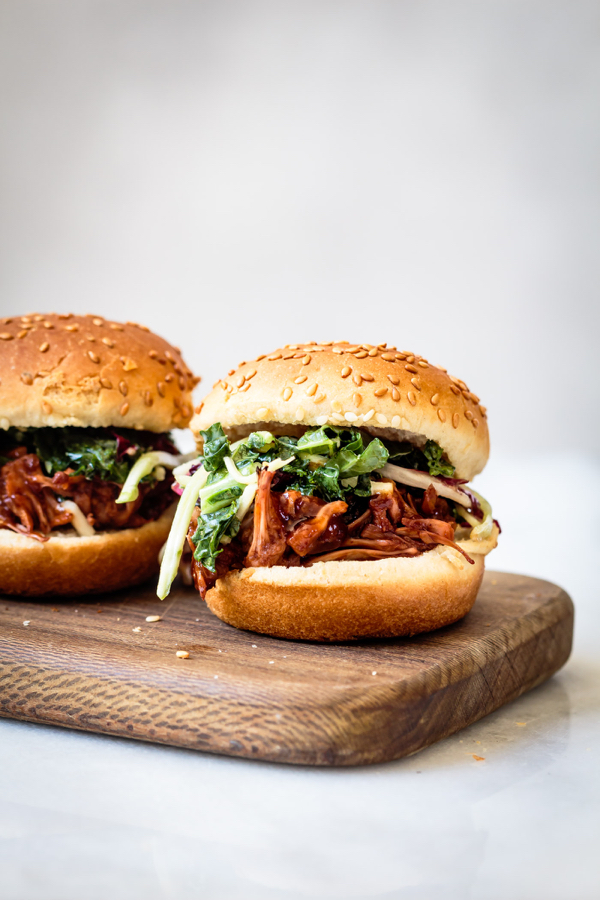 I’ve had a really hard time warming up to jackfruit—it never seems to satisfy me as a meat alternative—but I’m always ready to have my mind changed. Denisse’s jackfruit sliders with chipotle cherry BBQ sauce look amazing, and I can’t wait to try them. A great dish for Labor Day entertaining, too. 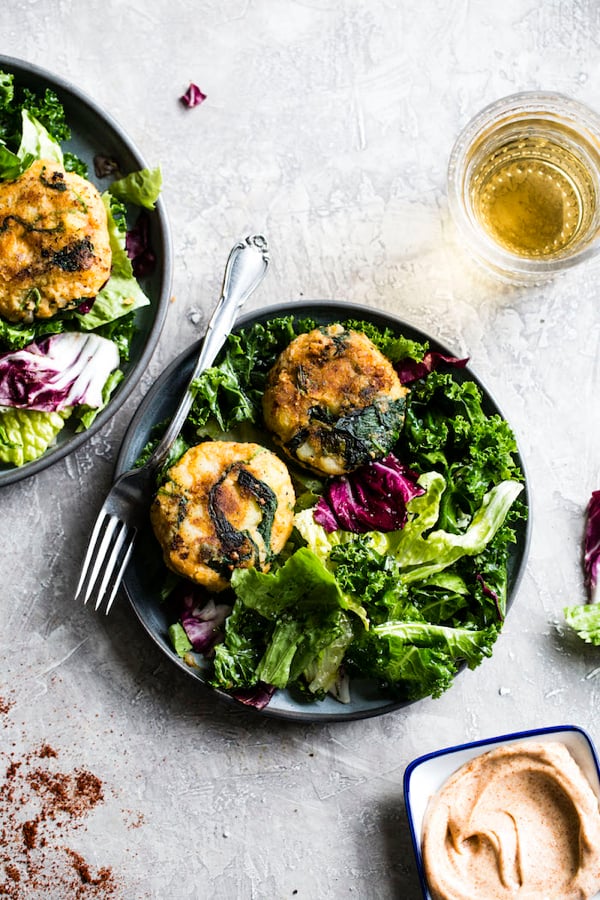 I’m loving Erin’s vegan potato cakes! They’re made with potato, cauliflower rice, and nuts, and the texture looks spot on. Perfect for serving with a generous dollop of vegan mayo (or sriracha, or both). 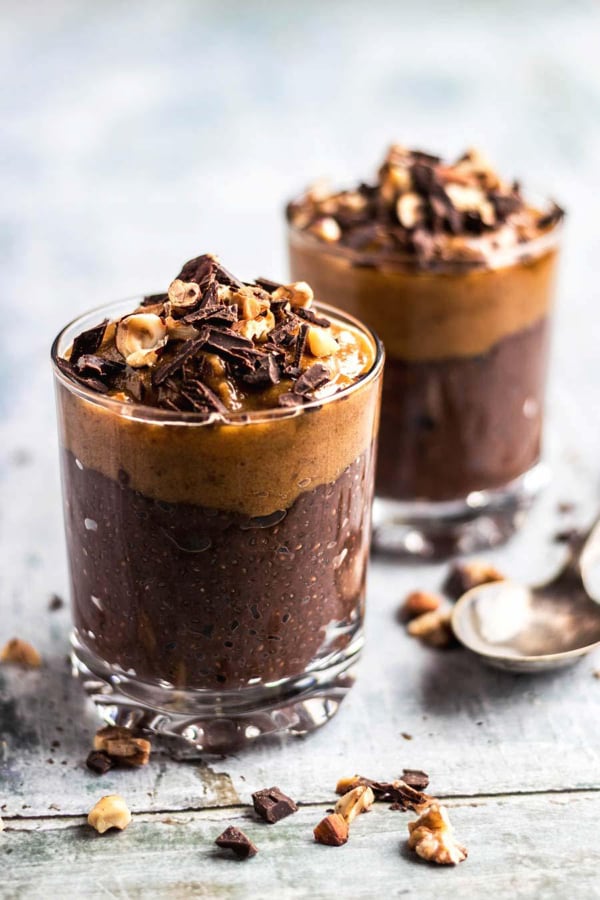 For dessert, a rich vegan chocolate chia pudding with salted date caramel from Alexandra of My Vibrant Kitchen. I love how these cups hit the sweet spot between a nourishing snack and decadent treat.

2. The association between plant-based dietary patterns and lowering of cholesterol is pretty well documented, but I always bookmark new review studies or research. This article, which reports on a new review of 30 observational studies and 19 clinical trials, caught my eye this week.

3. I think this is pretty incredible: doctors are now experimenting with lab-grown “mini-guts”—quite literally a pencil-point collection of large intestinal cells—to treat cystic fibrosis. The potential to use these so-called organoids therapeutically for other diseases is there.

4. I love this: reporting on how hospitals in the Sacramento area are starting to take seriously the idea that food can help to support healing. I hope that other medical centers follow the lead.

5. I loved Hope Jahren’s memoir, Lab Girl, and I love her essay on what berry season can teach us about savoring time. A perfect reflection for these last weeks of summer.

This week I’ll be sharing an easy summer roll/appetizer dish, along with a new dessert that has made me very, very happy. Till soon,