New York has been graced with the most remarkable weather in the last few days–a spell of dry, cool, blue-skied and sunny days that almost carries the scent of September. I’ve been savoring every second of it, along with a chance to spend some time with Steven and catch up on cooking, recipe testing, and the usual weekend chores. Now I’m perusing some of my favorite blogs for weekend recipe inspiration, and as you’ll see, I’m finding plenty! 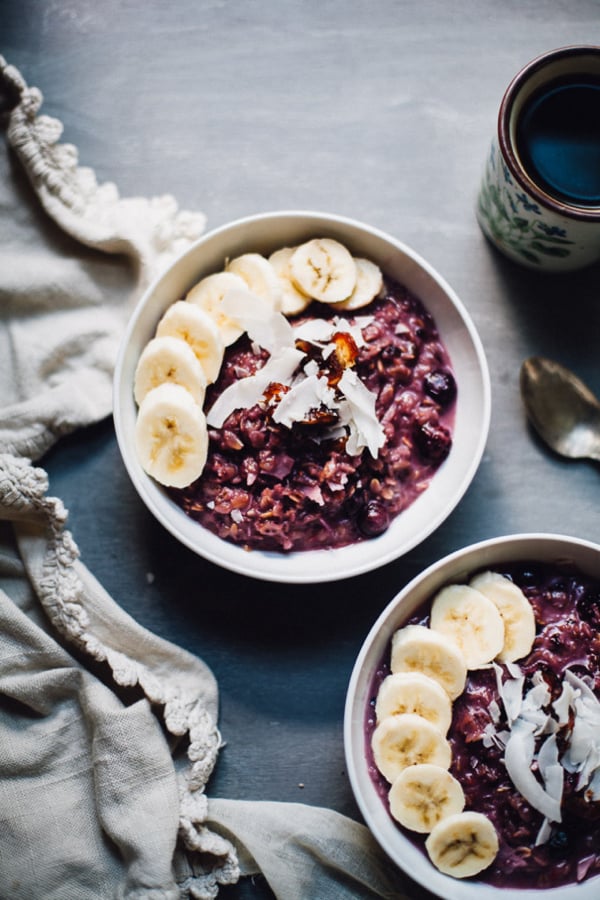 To begin with, this may be the perfect bowl of summer oats, courtesy of the lovely Renee Byrd. I wish I had a spoon and the capacity to make screen shots come alive right now! 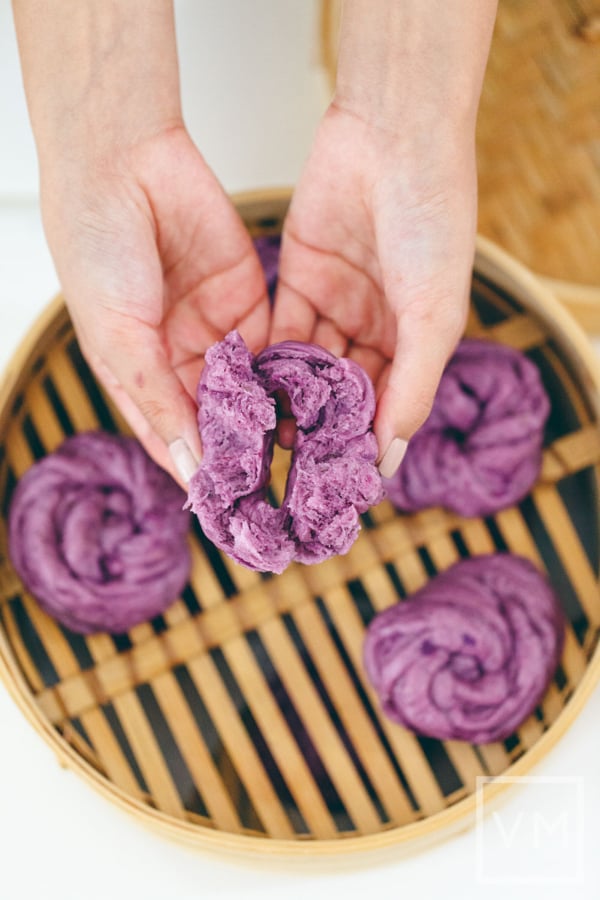 Speaking of breakfast, Rika of Vegan Miam is sharing a wonderful recipe for vegan steamed purple potato and chia buns over at my friend Angela’s blog, Canned Time. The buns are also known as mantou, and Rika describes their place in Chinese cuisine while offering her unique (and colorful!) spin on the recipe. 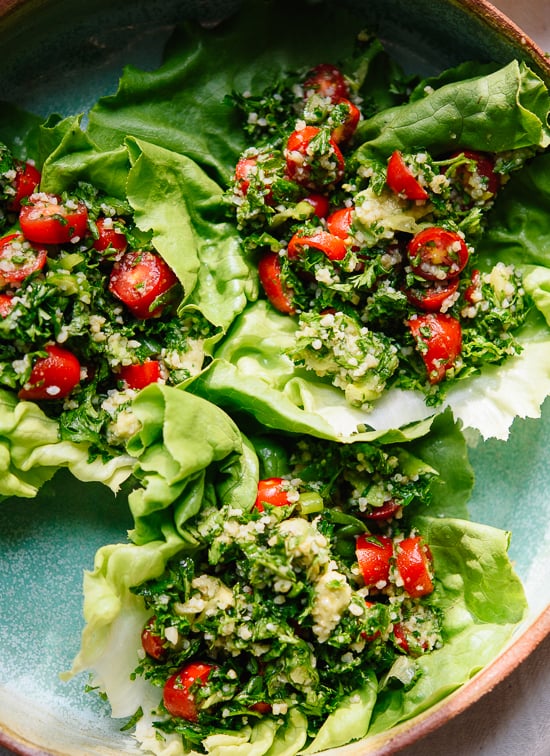 I’ve been eager to get my hands on a copy of Maureen Abood’s Rose Water and Orange Blossoms, so I was excited to see Katie review it on her blog and share a recipe from the book. She chose the avocado tabbouleh, which looks absolutely delicious, not to mention simple and seasonal. 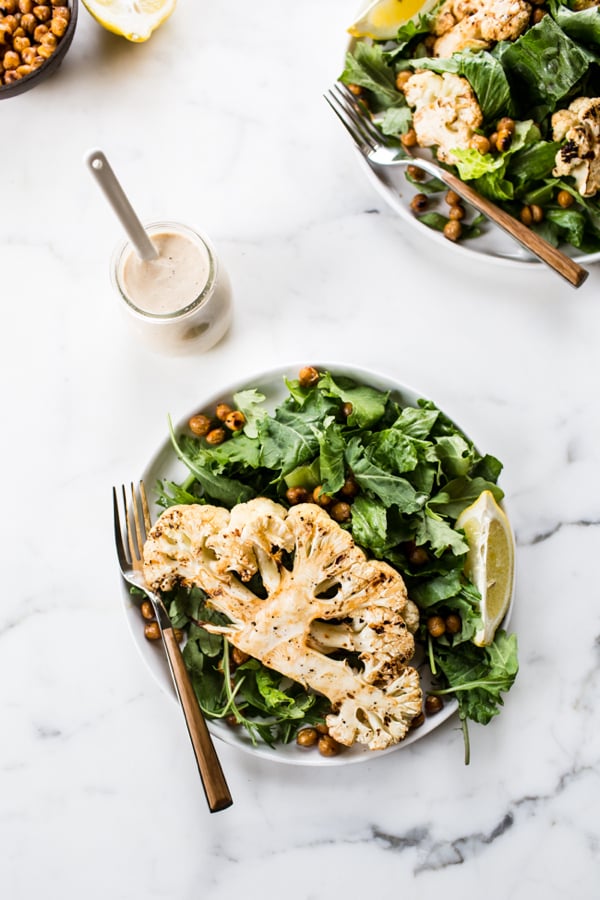 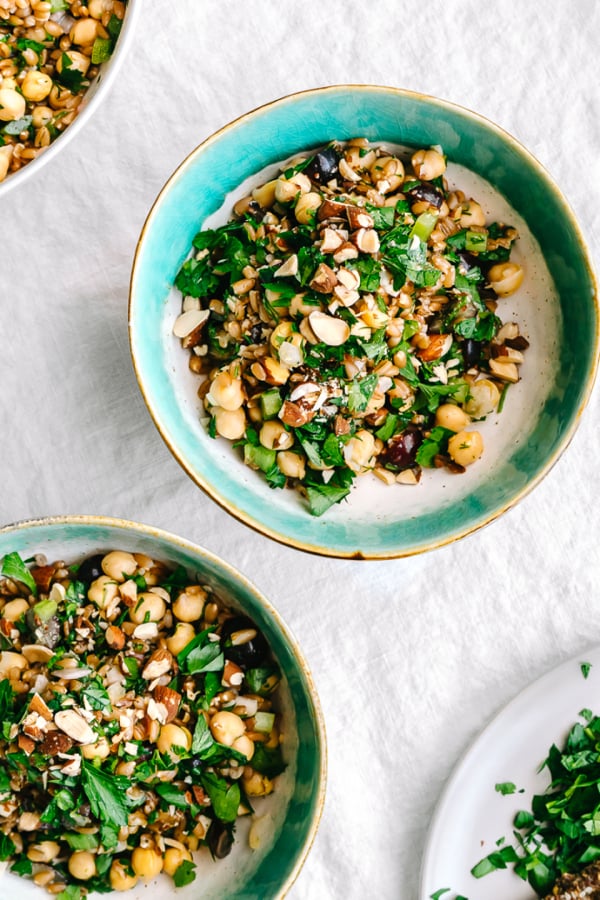 Also in the salad realm, I love this nutritious summer spelt berry salad from Jessie of Faring Well. So much texture and crunch, and spelt berries tend to be under-utilized in grain salads.

1. A friend of mine shared Johann Hari’s Huffington Post op-ed on addiction on his Facebook page, saying that it rang more true to him as an examination of addiction than most of the things he’d read. I was intrigued.

Hari’s main suggestion is that addiction is too often treated solely as a biological phenomenon. We talk about getting “hooked” to drugs, and we emphasize the inevitable habit-forming nature of certain substances. It’s true that drugs are addictive, of course, but that still leaves the question of why they hook some people who experiment them and not others, or why cases of addiction are so varied in their severity. Hari’s perspective is that this emphasis biochemistry ignores the social and personal contexts that can also contribute to addiction. It also fuels our tendency to look at fighting addiction as a “war” or a “battleground”–us vs. the chemical hook.

I’m not sure if I agree with all of Hari’s conclusions, some of which are political, while others are more philosophical. For example, I’m not entirely sure that I believe that love and devotion can conquer all when it comes to supporting a friend, lover, or family member who struggles with addiction–sometimes, distance is painful but necessary. That said, my experience has suggested that addiction is certainly contextual, as Hari suggests it is, and that loneliness and isolation play a large part in it. And I think there’s much to be said for trying to place addiction in that larger framework, rather than isolating one component of the struggle (chemical dependency) as the single culprit. At the least, this strikes me as a more empathic and nuanced approach. An interesting read.

2. Also on the topic of mental health, an interesting post about how and why the DSM criteria for diagnosing depressing is problematic (bottom line: depression is far too varied to fit in neatly with the current diagnostic criteria).

The DSM also comes under some criticism when it comes to its diagnostic criteria for eating disorders. It has always struck me as somewhat parallel to debates over the use of BMI for classifying weights. On the one hand, having an agreed upon set of criteria can help clinicians to expedite and standardize diagnoses; on the other hand, the criteria are inevitably too generalized, creating so many “exceptions” that it’s hard not to call the original diagnostic system into question.

3. I’m a fan of Dan Buettner’s book The Blue Zones, which examines cultures known for their exceptional longevity around the world. This week, journalist Jeff Gordinier shares his experience dining (and grocery shopping!) with Buettner. It’s amusing and fun — and a nice bit of validation for coffee lovers everywhere 🙂

4.  The New York Times offers a sneak peek into an upcoming documentary about Sandor Katz, whom many of you know for his work as an educator about fermented foods and their health benefits. Katz is a colorful character, and his work on fermentation is both comprehensive and also totally accessible (I love Wild Fermentation, which a friend gifted me with years ago). I’ll be curious to check the documentary, Sandorkraut, out!

5. A good article about women and migraines, from a physician who herself has suffered terribly from them. The article looks at why women are more susceptible than men, and it also examines how childhood trauma may be correlated with a significantly higher rate of developing migraines later in life. The author’s own case of migraines stopped completely with the use of SSRIs, though she acknowledges openly that her experience is not typical for everyone who tries the treatment.

And that’s it for today. Enjoy the reads! This week, I have a bunch of new recipes to share (last week presented me with a dearth of kitchen time, but I’ve made up for it and then some this weekend). I’m also attending one of my first meditation workshops ever, which I’m excited about, and toward the end of the week Steven and I will be making a short trip to visit family. I can’t wait to check in, and I wish you all a great Sunday for now.

My closest friend from college and his fiancé were in town this weekend, and I had the pleasure of having them over for brunch on Saturday. I whipped up the butternut black bean enchiladas from Power Plates, along with a big salad and a pot of coffee. The three of us had a happy few hours of eating, catching up, chatting about the wedding next fall, and connecting. When they left, I had the same feeling of loneliness that often hits me when…

In the week since I wrote about heartache here on the blog, a lot of kind people have taken the time to share their own stories with me or simply offer up goodwill. One longtime reader directed me to this address about learning the healer’s art. It’s written from a religious perspective, but I think it touches on truths about the healing process that are universal, and I wanted to share from it today. The speaker, Elaine S. Marshall, was dean of the BYU College of Nursing. I’m not surprised…