Yesterday morning, I told a friend of mine that I’d probably forgo getting a Christmas tree this year.

For context, my mom and I made a big deal of Christmas when I was growing up. That included getting and decorating the tree. I kept up with the ritual through my twenties and early thirties, skipped a year or two in my mid-thirties when I was going through a rough time, and have tried to honor the tradition since then.

But I haven’t been sure about it this year, which is what I was trying to tell my friend. I want to embrace the season, but since Thanksgiving I’ve had days of not wanting to acknowledge the holidays at all. “I’m just not sure I’m in the right spirits for it,” I said to him.

“But maybe once you get the tree, you’ll be in the right spirits,” he replied.

I smiled, because I knew he was right.

There’s lot to be said for “fake it till you make it.”

Fake it till you make it is how a lot of hard-won change has happened in my life. I have it to thank for my eating disorder recovery, for one thing. If I’d waited around for the day when I’d genuinely wanted to do all of the uncomfortable things I had to do in order to get better—embrace my challenge foods, break free of “safe” choices at restaurants, disrupt my routines, allow my body to change—I’d have been pre-contemplative forever.

At some point, I realized that I was just going to have to start behaving like someone who had a healthy and enthusiastic relationship with food, rather than someone who was consumed with orthorexic food fears and avoidances.

I knew that I might be acting for a long time before it felt like a true expression of my identity. In fact, I had no guarantee that it would ever feel truthful. But I hoped that playing the part would ultimately help me to become the healed person I hoped to be.

That’s actually what happened. Asking myself “what would a recovered person do?” or “what would someone who doesn’t have an eating disorder do?” taught me how to overcome my behaviors. It showed me what food freedom would be like. Once I got a taste of that, I didn’t want to go back to the old, familiar cage.

I’ve used fake it till you make it in countless other ways since then. It got me to campus and perked me up for lectures when I was struggling to stay motivated in graduate school. It helps me to muster up the humor and optimism that I need in order to put myself out there on dates.

When my professional confidence fails me, which it often does, I ask myself how I might behave if I believed in my own capability and effectiveness.

Fake it till you make it assists me with occasional bouts of writer’s block, instructing me to double down on writerly habits. I keep my desk area tidy and inviting, I write a little each day (even if it’s a sentence or two), and I get started early in the morning, when my head is clear.

Over time, the practice of showing up to the keyboard, even when I’m unable to write, works. It chips away at my paralysis, loosening up my thoughts.

This is probably why there’s some research behind the uplifting power of smiles and assuming physiological stances as a way of elevating mood. It’s why my yoga teacher occasionally invites us to smile when we’re grimacing; she’s being funny, but she knows well that the act of smiling will remind us of why we came to our mats.

I’ve read that people who are trying to develop new habits should arrange their home environments in such a way as to support the habit, whatever it is. Makes sense to me. The habit is more likely to stick in physical surroundings that conducive to it, but I don’t think that’s the only thing happening. My guess is that changes in one’s environment help us to flirt with the identity of the person we’d be if the habit were already in place, already a daily reality.

It would be OK if I were in the mood to ignore the holidays altogether this year. I wouldn’t beat myself up about it; we’re all entitled to feel what we feel when this season rolls around. But a part of me wants to access more cheer, which is why I was conflicted about getting a tree in the first place.

Knowing this, and thanks to my friend’s wise remark, I went out and got a tree this morning. It’s a small tree, smaller than usual. I’ve decorated it modestly. I’m not trying to erase my ambivalence or melancholy.

But I do want a taste of the holiday warmth that I’ve accessed so readily in other times of my life. And tonight, as I look at my little tree, I feel closer to the spirit of this season, at least as I’ve always known it. It’s a spirit of gratitude in spite of life’s difficulties, of feeling tightly connected to others in spite of how easy it is to get lost in our heads, and of wonder, no matter what discouragement we might feel.

That spirit is here. It’s in my home. And I’m extending it to your home tonight, along with my love. 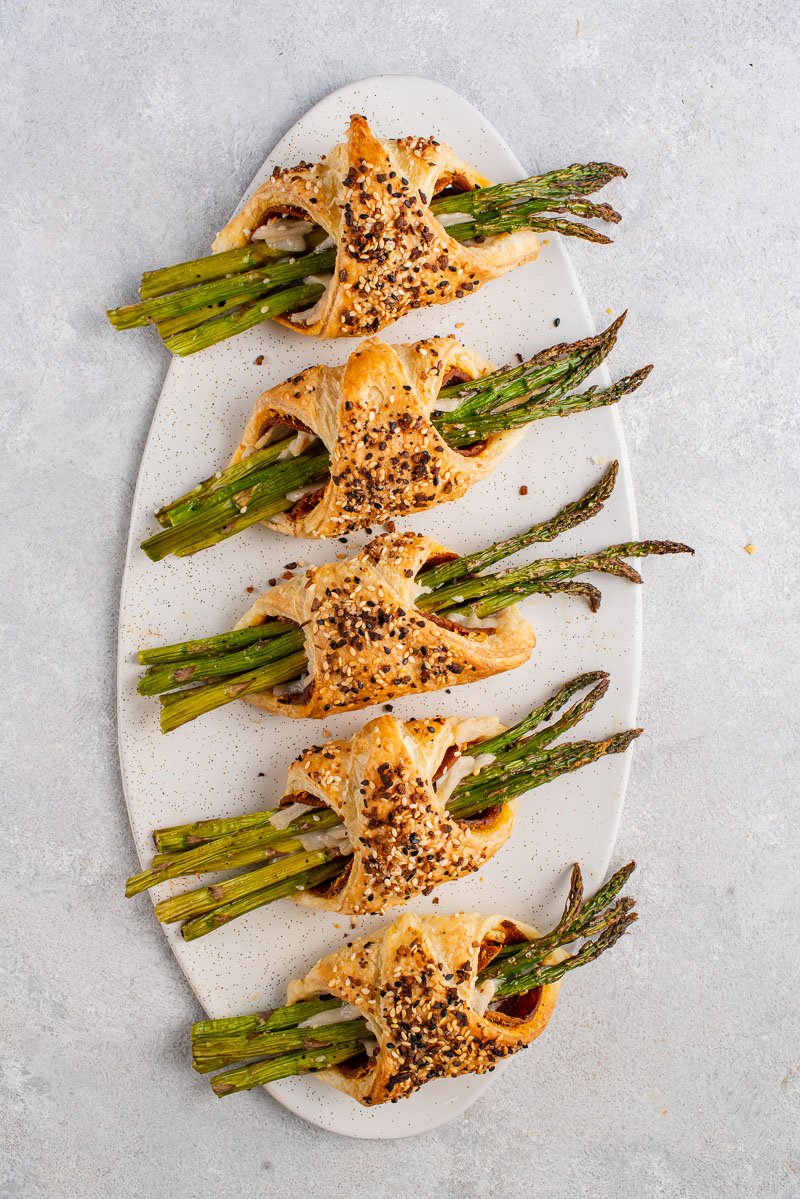 The most adorable holiday appetizer bundles. 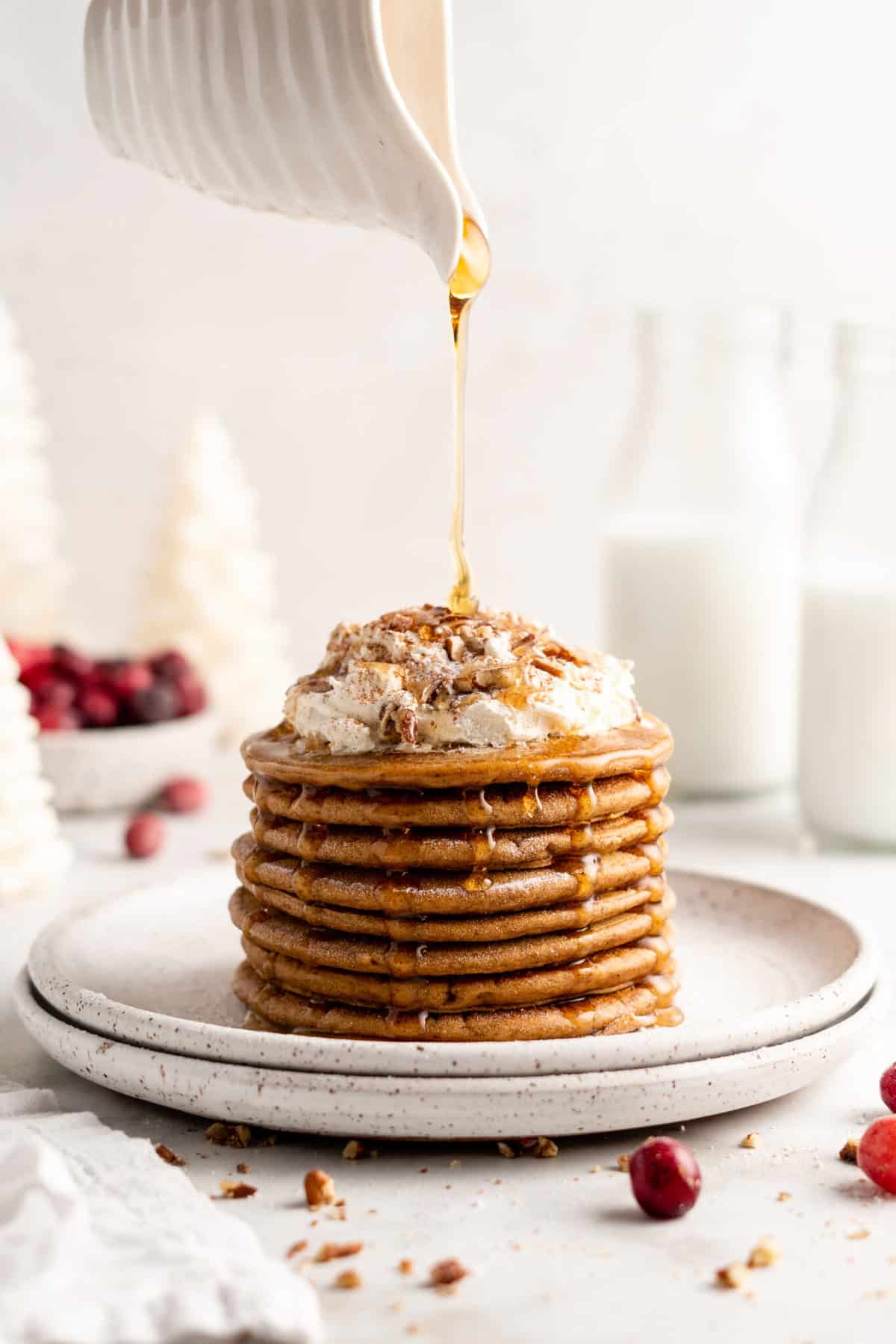 I could go for a stack of Jessica’s gingerbread pancakes right about now. 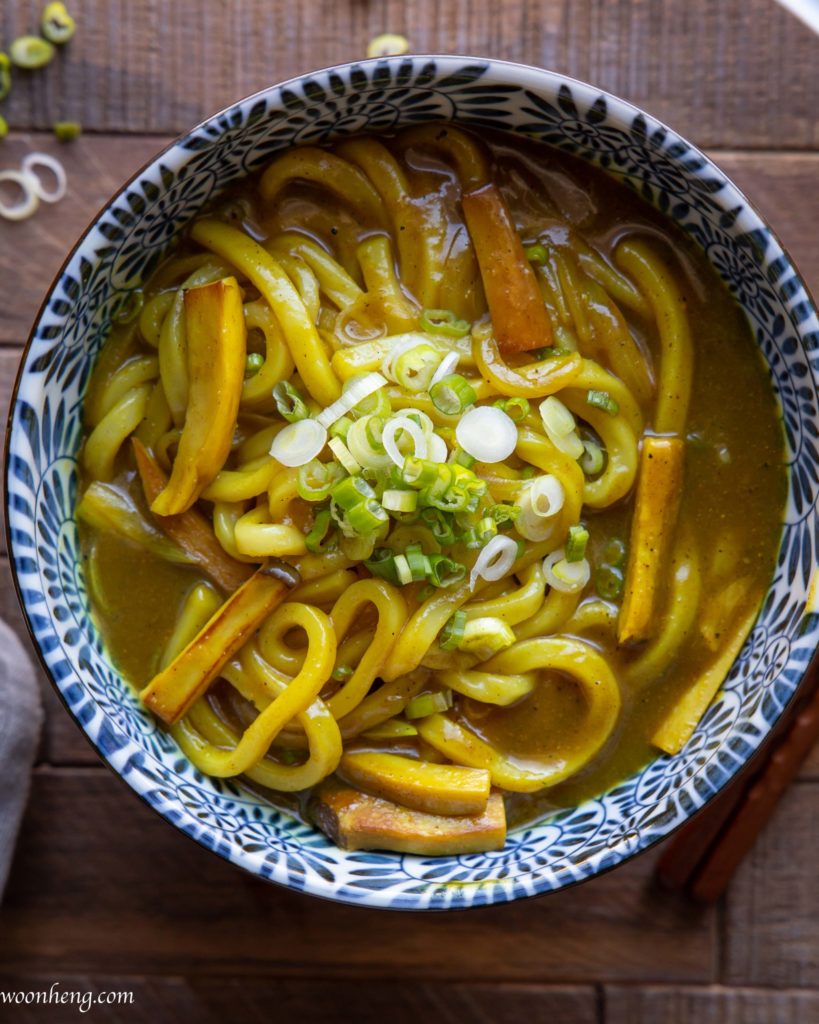 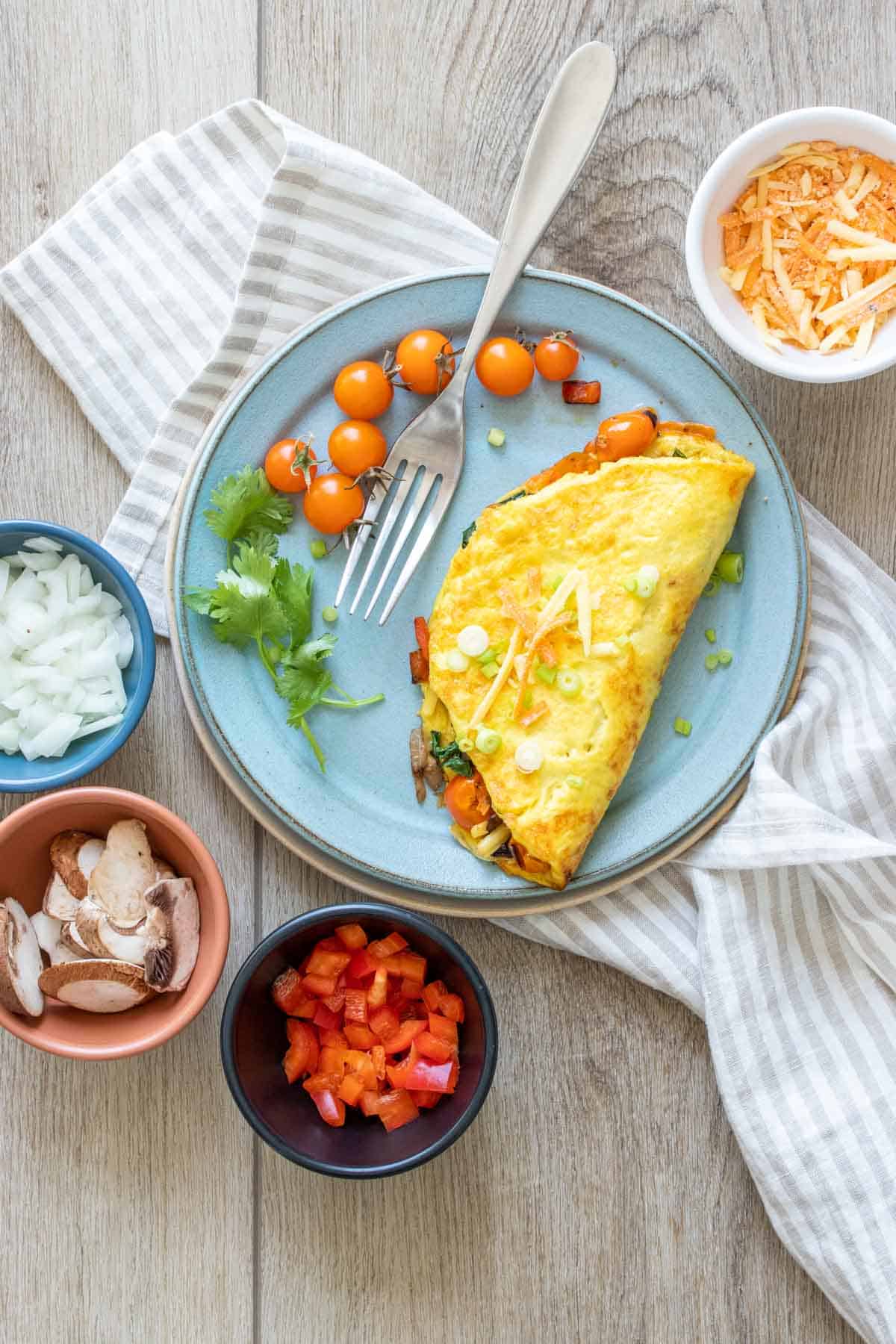 I’ve been pretty unimpressed with all of my own efforts at a good vegan omelet, so I should probably try Sophia’s omelet instead. 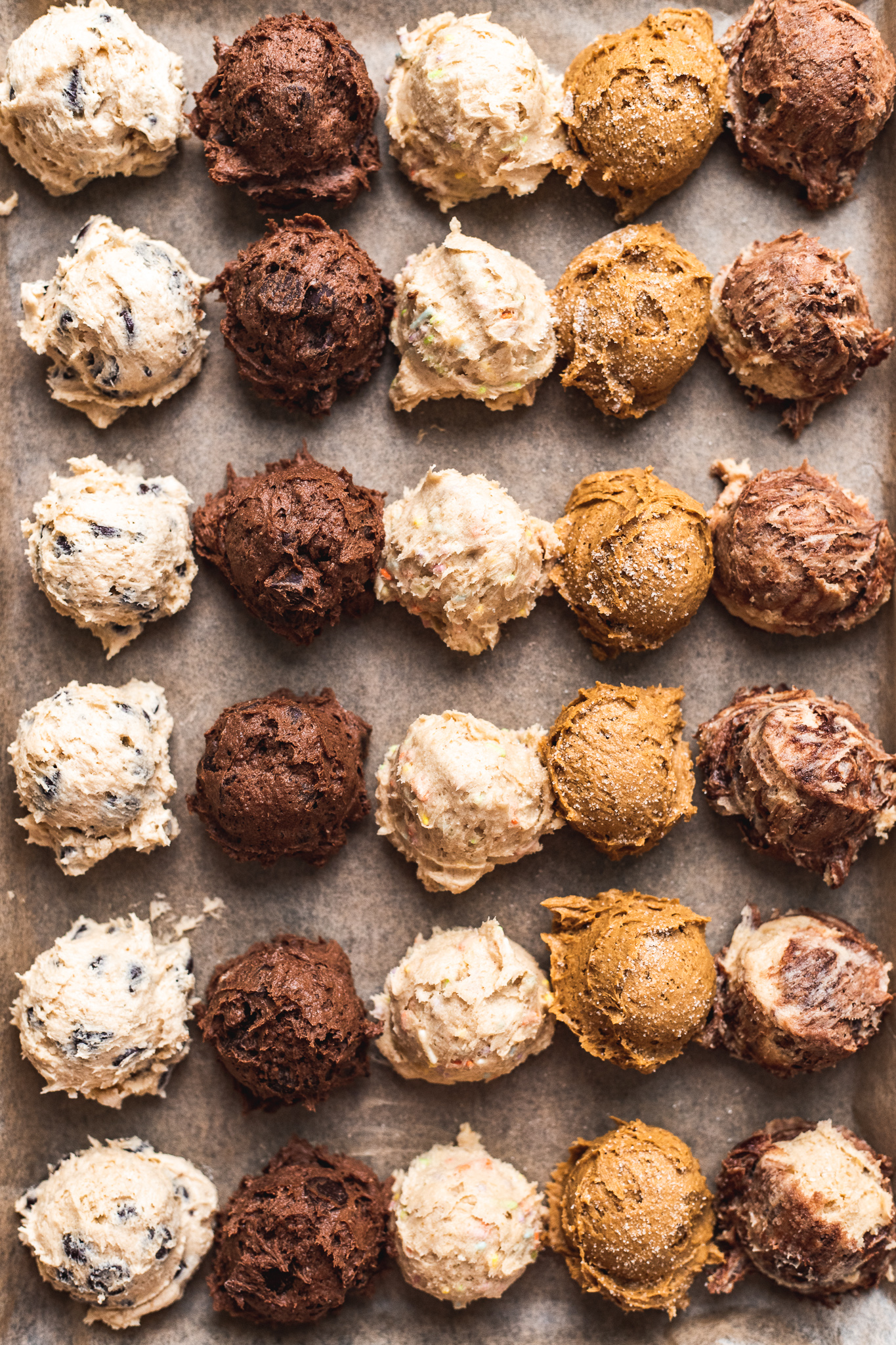 1. As we continue to read more about the physical and environmental devastation of climate change, it’s also so important to remember the real, every day human cost. These six short interviews are a reminder.

Cooking was a way to give voice to the unspeakable. It acknowledged the eternal absence of mouths the women longed to feed, of lives cut short by senseless violence.

A portrait of a group of women in Sinaloa, Mexico, who cook to keep the memories of their lost loved ones alive.

3. Blink-182’s Mark Hoppus accidentally announced his cancer diagnosis on Instagram. This is the story of what resulted—and it’s very life-affirming.

4. Love this profile of some of the bakers who used their craft to combat racism this year.

5. I’ve never felt as connected to the New York City marathon as many other New Yorkers do, in spite of having friends who have run it. So I wasn’t expecting to be as moved as I was by Devin Kelly’s essay about spectating the marathon this year. Kelly connects the marathon and being a witness to it to so much more than running. He writes,

We are met, each day, with the various limits of our various individual existences. Maybe life is not about turning inward in the face of those challenges and trying to determine how we can each break those limits. No. Maybe life is about turning outward to acknowledge each person’s daily act of trying in this collectively trying world. Maybe life is, in part, about celebration.

Have a peaceful night.

It hasn’t been a smooth season for me as far as body image goes. I started grappling with dysmorphia back in the fall. The discomfort has quieted down since then, but it hasn’t gone away. The last few months are the most consistently uncomfortable I’ve felt in my body in a good many years. I’ve been feeling the sensations without acting on them when it comes to my food intake—in fact, with the demands of the DI (commuting, lots of hours on my…

The first half of this past week flew by, a blur of class and reading and clients and work. The second half screeched to a halt with the arrival of a fall cold and a middle ear infection, which forced me to slow down and spend most of yesterday curled up on my sofa. I was supposed to travel to DC today for my cousin’s baby shower, but, with my first set of midterms coming up this week and more travel on the horizon…