My current DI placement is at a nursing home that offers both long- and short-term care. I’m learning a lot about what and how people eat when they’re recovering from surgeries or in the process of rehabilitation. And I’m gaining a better understanding of food choices and habits toward the end of life.

Not surprisingly, much of what people ask for are simple, familiar, and comforting foods. This echoes an insight that struck me when I read Being Mortal a year or so ago. Gawande, who researched end of life care among others and also examined it within his own family, notes how often the priorities people delineate at the end of life are simple and quotidian: continuation of a daily activity or longtime hobby, the company of loved ones, everyday pleasures, from favorite foods to cherished pieces of music.

I spend a lot of time thinking about how to make food interesting and different. Part of the task of cookbook writing is to come up with variety, and part of vegan food activism, I think, is to present plant-based ingredients to non-vegans in an enticing way. Sometimes this means giving a lot of thought to creative and innovative preparations.

More and more, though, I’m coming to understand and recognize that the power of food and our attachment to it resides in anticipating and then enjoying something we already know and love. When I’m stressed, sick, or heartsick, I tend to crave the same few simple dishes. When life feels overwhelming in any way, I want to cook, but I don’t want to try too many new things. I lean on the dishes I love because I can trust in the pleasure they’ll give me.

Funnily enough, just as I’ve been observing others in their own relationships to food and eating, I’ve been having my own burst of excitement around food at home. I didn’t want to cook this past summer, first because I wasn’t feeling well and didn’t have much energy for it, and then because I just wasn’t in the mood. I’m used to this: I go through cycles of excitement and aversion with cooking from time to time. After I tested and re-tested recipes for Power Plates, I was so tired of cooking that I didn’t chop a single onion or make a single new recipe for nearly two months. The desire to cook came back, as it always does, but it took a while.

It’s coming back to me now, spurred on by the need to have food at the ready for when I get home from work and pack up my lunch every day. But it isn’t all necessity; some of it is a particular, insuppressible joy around cooking, which peeks its head into my life from time to time, often when I’m not expecting it. For the past few weekends, I’ve told myself that there are many things I ought to do or catch up on in the wake of my busier-than-usual weeks. Instead, I usually end up cooking. It’s the thing I want to do more than anything else. I wonder if my work is giving me new appreciation of what a gift it is to be in the kitchen.

Meanwhile, the theme of simplicity and unfussy, comforting meals is resonating, because while I’m cooking up a storm, I’m leaning heavily on some of my favorite plant-based meals: braised lentils on toast. This chili. Tofu scramble. The aloo gobi from Power Plates was a favorite last week, along with the yellow split pea soup the week before. Potato leek soup is on the menu soon.

In other words, all of my excitement about food is expressing itself through dishes that are largely familiar to me, and which have sustained me in the past. Tofu scramble was one of the first vegan recipes I learned how to cook, and I may have eaten it for dinner several times a week for the better part of a year. Braised lentils on toast got me through my last breakup. The potato leek soup—in addition to being a favorite recipe on this blog—was my go-to meal during the busiest semester of my masters program.

In long-term care settings, many residents lose access to activities, freedoms, or movements that they previously enjoyed unencumbered. Food is an arena in which they still have an opportunity to voice preferences. This has been an important observation for me. It echoes something I’ve always felt about food, which is that of course it’s a matter of sustenance and nourishment. But it’s also a place where we can come to ask for and get what we need. There’s a lot of meaning embedded in the act of requesting, making, or being given a beloved dish.

I’m happy to be meeting my own needs through cooking as I show up to work each day and ask other people what they’d like to eat. It feels like a form of connection, albeit a private one. Wishing you all the capacity to take what you need from your meals and your food in this coming week. If you need a little inspiration, here are some recipes that caught my eye. 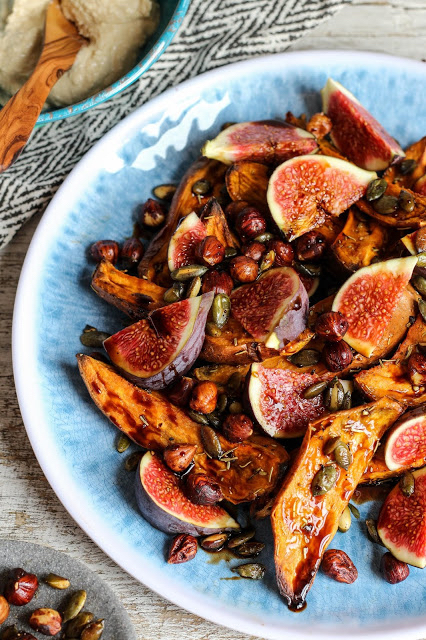 I’m bookmarking this beautiful maple roasted sweet potato and fig dish to make as soon as I can, before figs slip away from the farmers market. 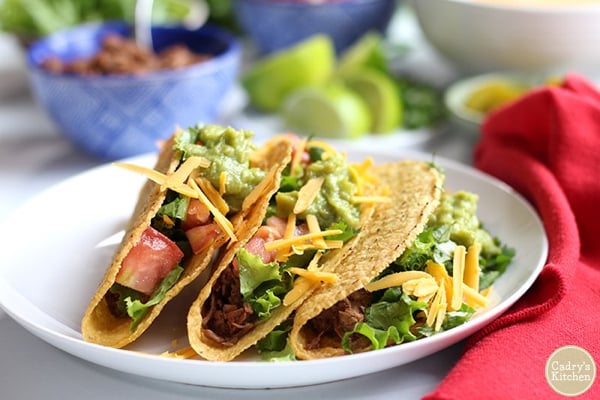 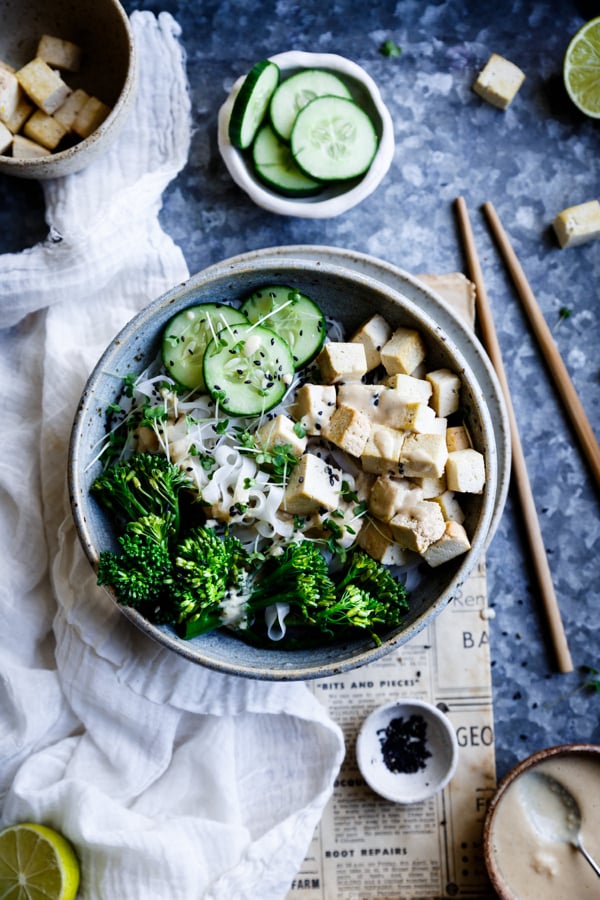 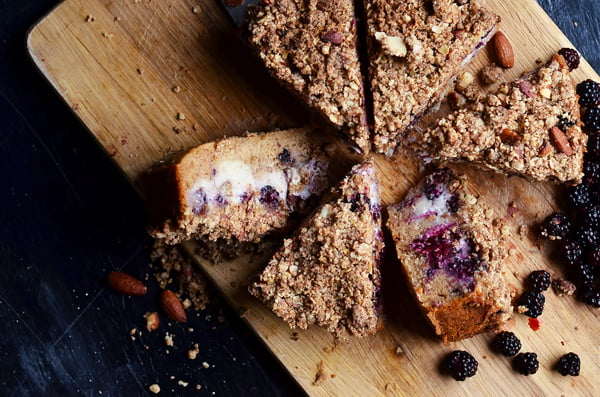 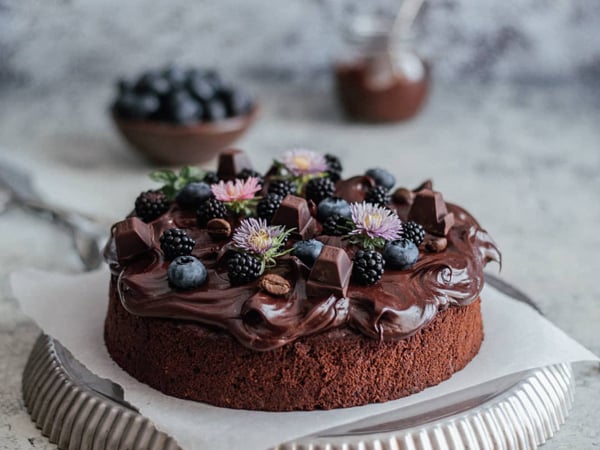 Sweet treat #2: a beautiful coffee and walnut double chocolate cake, which is GF in addition to being vegan.

1. The UN reports that global hunger rose in 2017 for the third consecutive year, fueled by conflict and climate change.

2. We just turned the corner on Suicide Prevention Week. As the week wrapped up, I read and admired Rachel KallemWhitman’s candid reflections on past suicide attempts and the place they hold in her story.

3. Sarah Spencer, a software engineer living in Melbourne, has knitted a map of the cosmos containing all 88 constellations. Until this project, Spencer had knit nothing bigger than a baby blanket!

5. There’s been a lot of news coverage about the risk of hog waste contamination in the aftermath of Hurricane Florence. This article does a particularly good job of summing up why the problem isn’t getting solved, in spite of numerous scares like this one. My prayers are with all of the people and animals whose lives might be touched by the storm.

I’m about to settle into a long and hopefully productive day of batch cooking for the week ahead, catching up on work, and a little evening time with my mom. This week, I’ll be sharing a simple, 5-ingredient tofu cream cheese recipe that’s been a big part of my breakfast routine lately. Till soon!

I’m going to keep my intro short and sweet today, because NEDA week kicks off tomorrow, and I’ll be sharing a lot more throughout the course of the week. Longtime readers know that I always greet NEDA week as an opportunity to celebrate the recovery process and send my support out to those who are struggling with food and body image. I don’t demarcate my recovery story with start and end dates, because it’s an ongoing journey that unfolds in new dimensions all…