As you may have noticed, weekend reading is a little bit late this week. I tried to get it up yesterday, but work got in the way, so we’ll call this the Monday edition. What better way to get a new week started than with some gorgeous food photos and some new reading material? 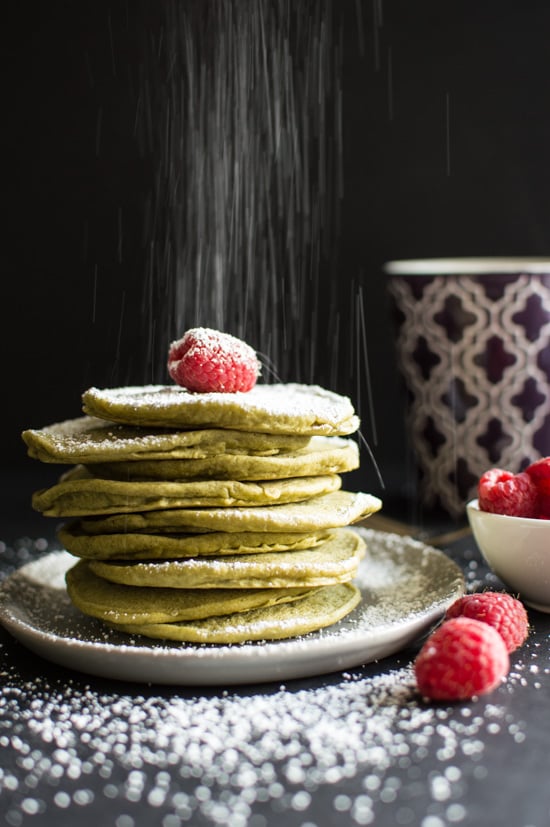 St. Patrick’s Day is a week from tomorrow, and I’m already starting to see a glut of green-themed recipes on and around the web. These green tea pancakes–which use matcha powder for color and antioxidant superpowers–look awesome. 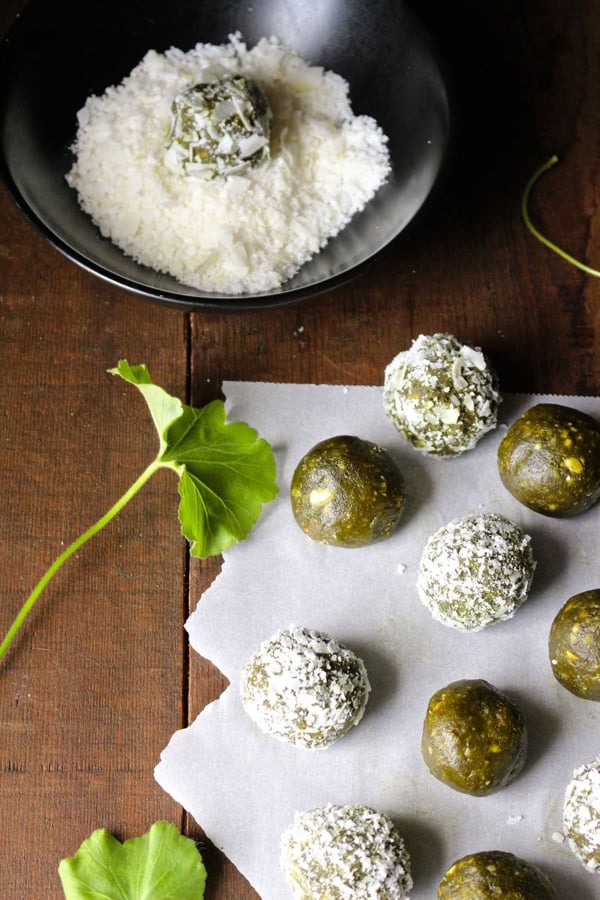 Speaking of matcha, I’ve never thought to pair it with coconut, but it sounds like a great combination, and I love the way that Naked Cuisine has channeled it into a healthful, sweet snack with these matcha coconut energy balls. 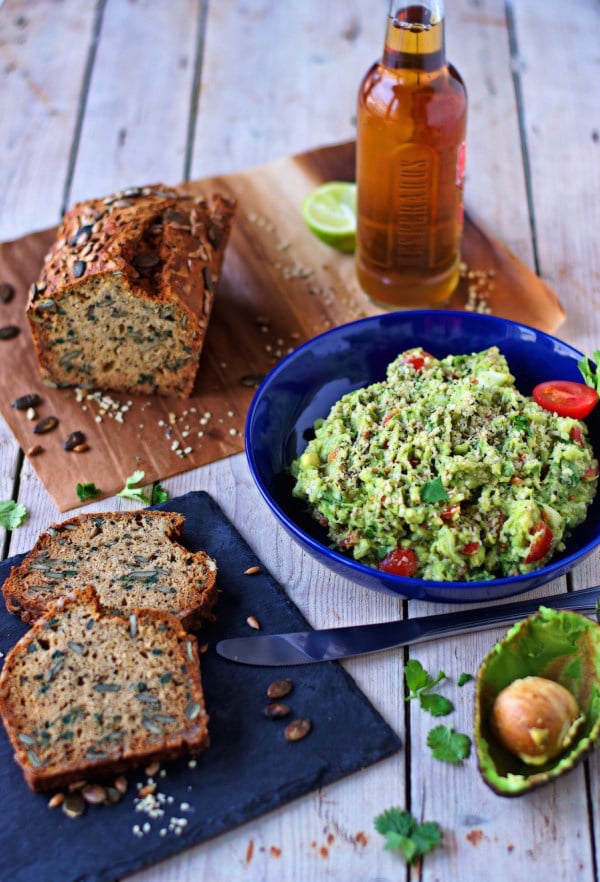 Other green founds I love: guacamole, in all of its varieties. This hemp guacamole (and the hearty pumpkin and sunflower seed rye recipe that goes with it) looks spectacular. 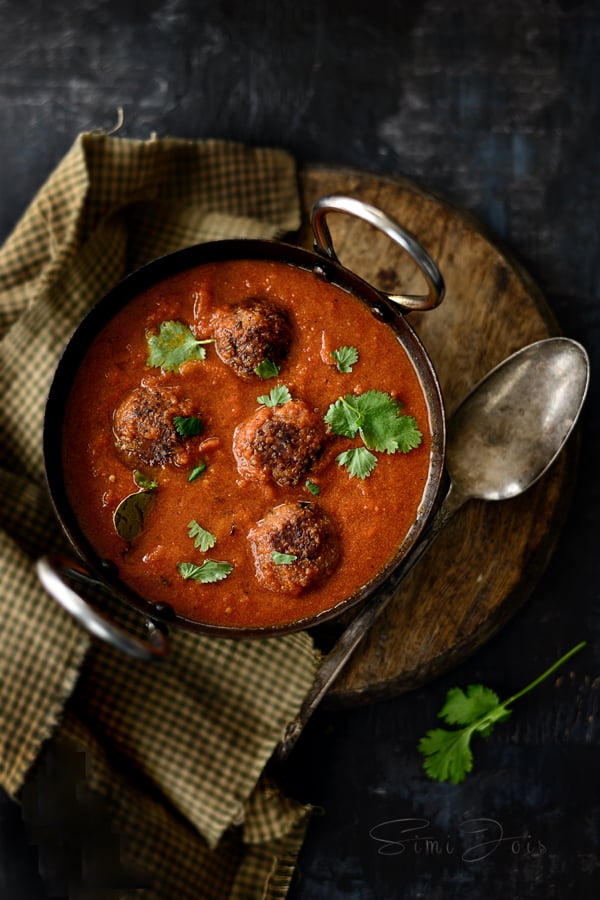 It’s appropriate that this recipe for quinoa kofta in a rich curry sauce is imbued with the blogger’s memories of childhood. My grandmother made the Greek version of kofta all the time when I was little, and I have fond memories of the dish that end when I stopped eating red meat. Food certainly can transport us back to earlier times in our lives, and I’m always so happy to see a plant-based version of something I remember vividly from my upbringing. 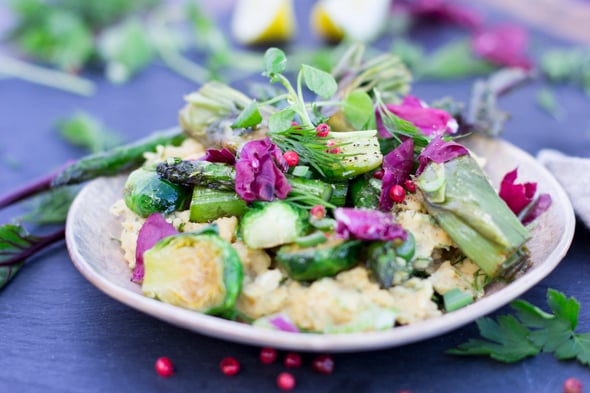 Finally, guys, this chickpea mash with green vegetables. It’s the perfect transitional dish between winter and spring, equally beautiful as a light meal or a starter. Yum.

1. It was hard even to repost the photo above, but the good news is that the Ringling Brothers and Barnum and Bailey Circus announced this week that it will phase out its use of elephants in its shows by 2018. It’s by now a well publicized fact that the elephants in circuses are abused and manipulated in abominable ways, and this is long overdue. There is, of course, much to be done–the poor treatment and commodification of animals in circuses stretches beyond this issue–but it’s still a triumph, and, as Peter Singer notes in his coverage of the news, it’s also a sign that people are becoming more tuned into the idea that animals are not ours to use for entertainment (or food).

2. An awesome article from The Globe and Mail about David Jenkins, the physician and nutrition professor who first developed the concept of the glycemic index. That concept is fairly familiar to most nutrition savvy folks, but this particular article talks about Jenkins’ veganism, which is clearly animated by concerns that stretch beyond his professional expertise on nutrition. Jenkins feels passionately about the ethical and environmental implications of veganism, too, and the article is a great summation of why he believes it’s a powerful solution.

3. Some time ago, I linked to Meghan O’Rourke’s article about her experience being diagnosed with an autoimmune disease. What I found so moving about her account was not so much the description of feeling ill so much as her description of what it’s like to feel certain that something is amiss with your body, yet to search for a diagnosis without immediate success. Anyone who has had nebulous health complaints knows all about how frustrating this kind of mystery is, how impossible it is to articulate to the outside world.

Last week, O’Rourke wrote a short article for the New Yorker about efforts to educate the public and the medical community about chronic fatigue syndrome, which is also called myalgic encephalomyelitis because of its effects on muscles and brain. A new report has stated that ME/CFS, as it’s currently called, is a “a serious, chronic, complex, multisystem disease that frequently and dramatically limits the activities of affected patients.” The authors are also pushing for a new name for ME/CFS: systemic exertion intolerance disease. The article goes on to explore the biological underpinnings of the disease, using extensive literature and review studies as support.

O’Rourke makes the point that doing away with the word “fatigue” is a helpful step forward, as many of us have an idea of what it’s like to feel “fatigued,” but in fact few of us can understand what it’s like to be in the grips of ME/CFS. I was reminded of Joan Didion’s description of migraines, her assertion that no one who has only ever had a normal headache can truly know what it’s like to be suffering from a migraine.

Language is powerful, and the names we assign to illnesses can shape public perception of their realities and severity (I’ve always felt that “irritable bowl syndrome” is a somewhat dismissive name for the condition that has at various times in my life been totally crippling). I’m not sure how most people with ME/CFS will feel about the new proposed language, but I’m glad that more awareness and sensitivity is building around the disease.

4. After the release of a new scientific report that the government will use to shape new dietary guidelines, Nina Teicholz–author of The Big Fat Surprise: Why Butter, Meat and Cheese Belong in a Healthy Diet–wrote an op-ed for the New York Times extolling the foods she has extolled in the past (butter, meat, and cheese) and criticizing the government for its past guidelines. The article struck me as incredibly biased and misleading (as is much work from the anti-carb, pro-fat camp–provocative at the expense of a carefully reasoned assessment of evidence), and I’m glad that Michael Jacobson wrote this excellent rejoinder to some of Teicholz’s more distorted statements.

5. As you may have heard, McDonald’s has announced that it will be withdrawing chicken meat that has been raised on antibiotics important for human medicine within the next two years–an effort to combat antibiotic resistance, which is very much the result of antibiotic use in animal agriculture. This article touches on why the new initiative still lacks something to be desired, and I think it’s right, but at least this is one small step forward.

And on that note, I wish you a wonderful start to your weeks! I’ll return tomorrow with a new recipe.