Hello, all. Hope you’ve been enjoying beautiful weekends. Here in DC, there have been hints of spring in the air, though it’s been hard to enjoy them from the library!

I’ve got another Green Recovery post for you today. I found this one particularly inspiring because the author is only eighteen years old, and she demonstrates a truly inspiring level of self-awareness in the piece. For all of my precocity as a teen, I simply had not developed the kind of honesty with myself that I needed to take recovery seriously. Quincy has, and she has also worked up the courage to share her story. I hope you’ll be as touched as I am by it.

I honestly can’t say that I remember a time when I didn’t struggle with body image. From a very young age, I had always compared myself to others- always coming out on the bottom.

Throughout middle school in desperate attempts to be thin, I experimented with calorie restriction, over exercising, diet pills, and purging. My behavior was nowhere near normal, but I managed to hide it pretty well. My family was not aware that there was an issue and most of my friends weren’t either (except for those I had chosen to share with.)

Although things were pretty out of control in middle school, they didn’t get really bad until my freshman year of high school. This was the year I began running track. I also became infatuated with the idea of “healthy eating” until it became an obsession. I developed food rules and was extremely rigid with them. I started out by just cutting meat from my diet. The combination of my new eating habits and my increase in physical activity led me to drop weight very quickly. I was down over 10% of my body weight in a few short weeks. The weight loss did not alarm me; it inspired me. I wanted to see how much further I could go.

Soon I cut refined sugar from my diet. Next was refined flour and then all saturated fats. I know that these guidelines can be healthy in moderation, but that is the key word: moderation. This word was foreign to me. I would not touch foods with “bad” ingredients. I would refuse to eat in social situations if there was nothing that met my standards. I would throw fits or go into panic mode if anyone tried to make me eat something that was on my list of foods to avoid. I later learned that this disorder is called Orthorexia Nervosa. It is a disorder where one strives to follow a “perfect” diet and experiences great anxiety, low self-esteem, and more if they are unable to do so.

My disorder left me isolated and depressed. My life revolved around my diet and I was a slave to it. I was lucky enough that my parents started to realize the issue and soon put me into treatment. For about a year I was part of a group therapy program. The group helped immensely. As a result I was able to reach a healthy weight and let go of the crazy standards that I set for myself.

Even though I was a long way from where I started, there were still many compulsions that felt I had to adhere to after treatment. I tracked every single calorie I ate and burned. I measured all of my food out in measuring cups before serving myself. I looked up the nutritional info of meals before going out to eat anywhere. I was afraid of losing the weight that I had gained if I didn’t count calories, but I was also afraid of gaining more than I needed to. This fear kept me tracking and created great unmanageability in my life.

This past summer, I went on a trip to Europe. I knew it would be difficult to track while I was there, and I didn’t want to live that way any longer. I made a commitment to myself that I wouldn’t track or measure anything for the duration of my trip. I also decided that I was going to experiment with veganism while I was there. I had been interested in the diet for a long time but had never taken the plunge.

Throughout my trip, I ate a variety of plant-based foods- and I didn’t count or track a thing! I had never been to Europe and decided I must make the most of it. The ability to indulge in a vegan gelato or baklava without fear of the consequences was the most freeing feeling in the world. I was able to grasp the concept of moderation. And for the first time in years, I ate what I felt like and was actually able to enjoy the food and the people who I was sharing it with. I realized that through eating whole foods, I actually felt whole and alive. I learned that I could eat when I’m hungry and stop when I’m satisfied. Veganism allowed me to eat for both pleasure and nourishment. Eating was no longer a chore. I began to love it because I began to love myself.

It has been over 6 months since going vegan, and it truly helps me to battle my eating disorder on a daily basis. Sure, there are days when I want to revert back to my ED behavior. But I know that through my plant-based diet and new mindset to eating, I am healthy- no matter what the number on the scale says. Veganism may not be for everyone, but I believe it is a huge contributor to my recovery. Because of it I know what healthy truly means.

I love two things in particular about this submission: first, I love that Quincy emphasizes the danger of becoming overly fixated on “healthy” eating rules. As someone who has been very prone to this—not in the first two iterations of my eating disorder, but definitely in my last relapse—I appreciate the fact that she sheds light on how quickly an attempt to “eat clean” can spiral into an unnecessary and all-consuming fear of all but the slimmest list of ingredients.

Second, I love that a trip to Europe helped to further Quincy’s recovery! Of course I don’t want to make generalizations, but I have noticed that my maternal relatives—who are spread all over Greece, Italy, France, and Switzerland—seem to have a very enthusiastic and celebratory relationship with food. They do not, as so many Americans seem to, fixate endlessly on the nutritional density of each and every thing they eat. And they take tremendous joy in their meals. I can’t say that European travel is always easy as a vegan, or that there isn’t quite a bit of cultural disdain for veganism in some parts of Europe (there certainly is), but I do think that there are lessons to be learned from partaking in food culture that is different from our own. I myself have benefitted a lot from the flexibility and adaptability that comes with travel. I’m glad Quincy has, too.

Of course, I’d love to hear your thoughts—and so would Quincy! 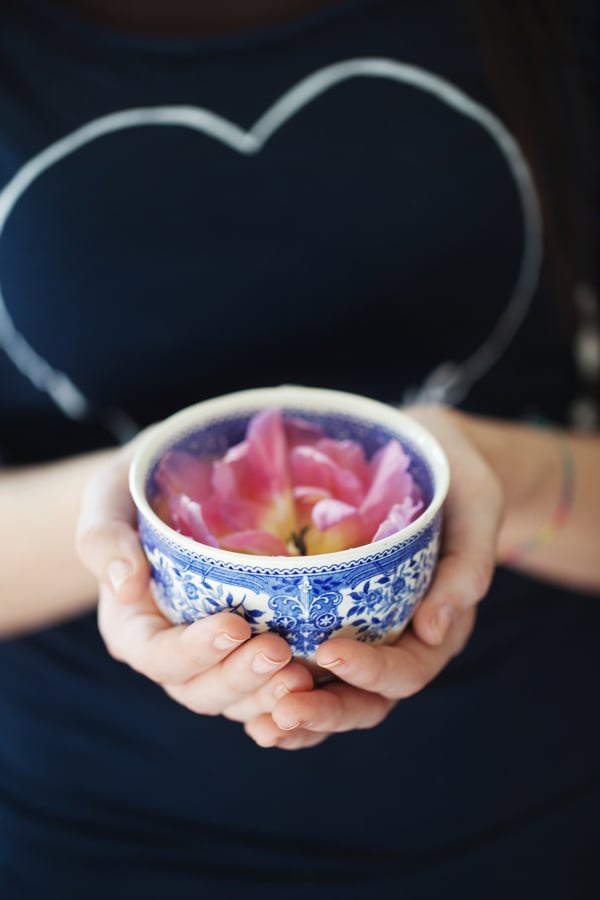